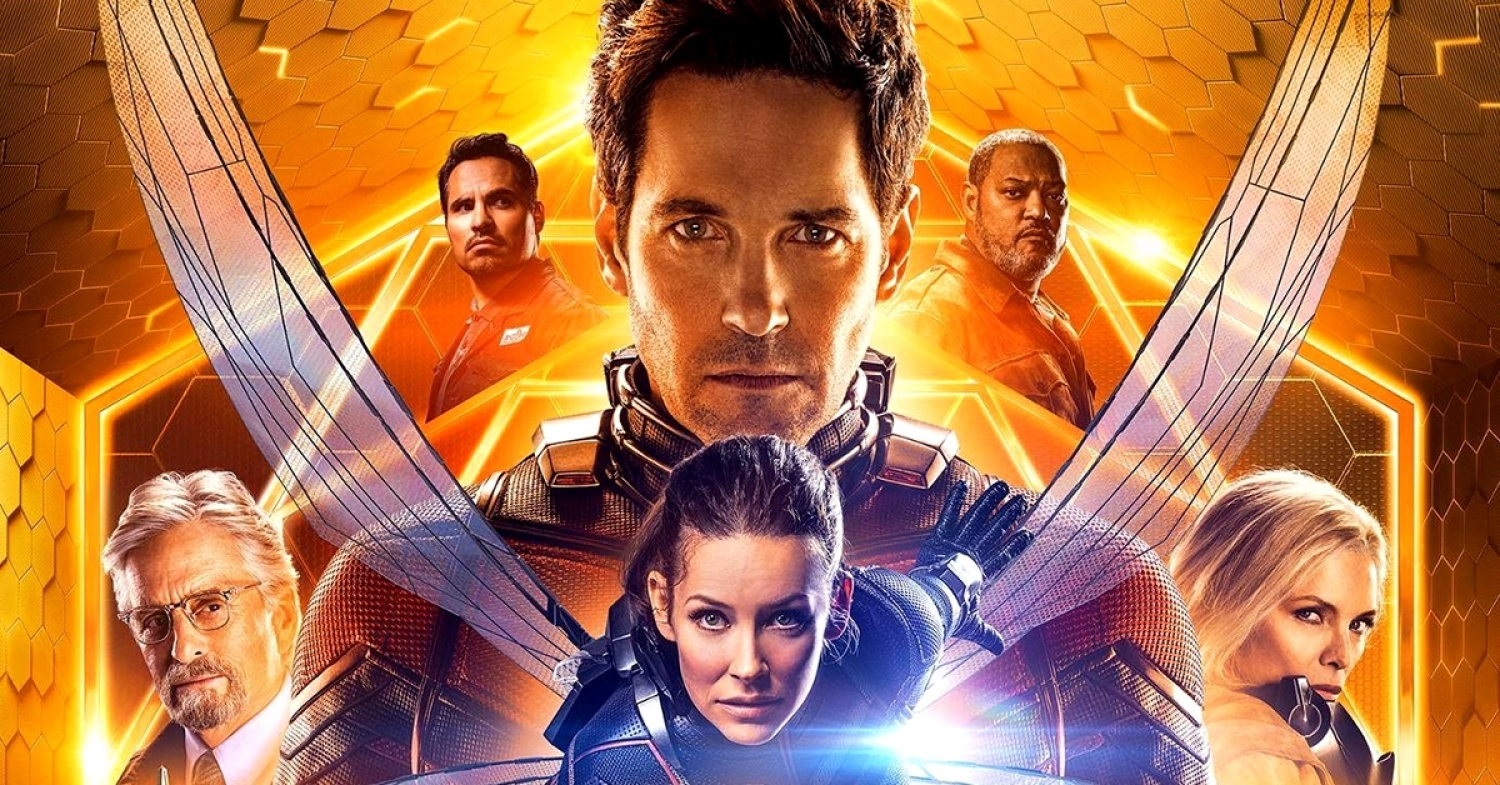 The 2015 film Ant-Man set up the story of the new Ant-Man and the Wasp by introducing the subatomic quantum realm into which Janet Van Dyne (Michelle Pfeiffer), the original Wasp—and wife of the original Ant-Man, Dr. Hank Pym (Michael Douglas)—vanished while saving thousands of people from a deadly missile attack. A trip into this miniscule world and successful return by modern Ant-Man, ex-con Scott Lang (Paul Rudd) opened the door for a possible rescue mission to retrieve Pym’s missing wife. Father and modern-Wasp daughter Hope Van Dyne (Evangeline Lilly) work with Lang reluctantly to make the rescue.

Of course, things don’t go according to plan. The trio deal with numerous interruptions and setbacks including a mysterious villain named Ghost (Hannah John-Kamen) who can walk through walls and vanish in an instant. She has her own agenda and it runs head-on into theirs. Along with Ghost the mission is dogged by interference from an FBI agent Jimmy Woo (Randall Park), an unscrupulous middle-man-black-market-tech-dealer Sonny Burch (Walton Goggins), and Pym’s former colleague from SHEILD, Dr. Bill Foster (Laurence Fishburne). And while there are plenty of hijinks, shenanigans, and tight spots the movie is less about the rescue and more about something of greater importance: family and marriage.

After the epic scope of the Russo brother’s Avengers: Infinity War (2018) the director of the first Ant-Man movie, Peyton Reed, returns with another small-scale film in Ant-Man and the Wasp. Both the original and current films are simple but effective family dramas infused with light comedy and super hero action.

While ex-con Lang’s desire to be a good father for his daughter Cassie (Abby Ryder Fortson) drove the first film, this plot focuses on the Pym/Van Dyne family and their desire to be reunited. By the end of the first film it looked like smooth sailing for Lang as he had established himself as the new Ant-Man and successfully started a romantic relationship with Pym’s daughter Hope. But in the intervening years, Lang’s place within their family was lost when he abruptly left them to fight with the renegade Captain America (Chris Evens) in Captain America: Civil War (2016) against Iron Man (Robert Downey Jr.) and the Avengers. His actions broke “The Sokovia Accords” set in place after the events of Avengers: Age of Ultron (2015) and he was punished.

As Ant-Man and the Wasp opens, the audience finds Lang three days from the end of a two-year house arrest. The urgency of the Pym/Van Dyne family rescue mission prompts Lang’s covert involvement in the unfolding story in which he also works to regain their trust for failing them and causing them to live as fugitives. In a wonderful bit of misdirection, the film’s title suggests the story is about the relationship between modern Ant-Man Scott Lang and modern Wasp Hope Van Dyne. Actually, it’s about the reunion of Hank Pym and Janet Van Dyne, the original Ant-Man and the Wasp—on one hand the rekindling of love after a break up and on the other hand the steadfast faithfulness and love between husband and wife separated for years by seemingly insurmountable barriers.

While the Ant-Man series includes Lang’s ex-wife Maggie (Judy Greer) and her new husband Paxton (Bobby Cannavale), overall the film is very positive toward marriage. Theirs is a loving relationship and as Cassie’s father, Lang’s relationship with them is portrayed in a respectful and positive manner. Where the first film presented a plot arc moving Lang from “dead-beat ex-con with a heart of gold” to a “small but mighty super hero” in the eyes of his ex-wife and her new husband, he was always a hero to his daughter regardless of his crime sentence. In this new film his amicable relationship with his ex-wife and the mutual respect between her new husband and him seems cemented as a positive albeit broken relationship. They are portrayed as not only acting civilly toward each other but as people who genuinely like each other. In this way Ant-Man and the Wasp encourages people to make the best of their situation even when that involves divorce.

The Hank Pym/Janet Van Dyne marriage is even more refreshing. As husband and wife, they clearly love and honour each other and have remained faithful living a sexually pure and decent life while they awaited their reunion never knowing if it would ever happen. Granted, Janet Van Dyne didn’t have any prospective suitors in the subatomic quantum realm, but Pym remained faithful to her long after the government would have declared her dead. He never remarried and there is no mention of him having any other relationship outside their marriage. Janet is not bitter or resentful toward their subatomic separation but happy to be reunited with her husband and daughter. Many Hollywood films portray marriage in a dim light often cynically slighting it as a good or even redeemable institution. If marriage in North American culture is a car in the ditch, Ant-Man and the Wasp is doing its part to help push it out of the ditch back onto the road. Families, whether broken, blended, or intact, will find encouragement in this film.

Another strong family element revolves around both Lang’s daughter Cassie and Hope Van Dyne who are shown as honouring, loving, and cherishing their parents. This attitude is reinforced with flashbacks to a young Hope and her parents which place her around the same age as current-day Cassie. They even share similar pet nicknames: Cassie is called “peanut” by her dad and Hope is called “jellybean” by her mom. The adult Hope shows no bitterness or resentfulness toward her parents for being deprived of having a mother most of her life. Over the years, through the troubles and hardships, her desire to serve and obey them for the good of the family intensified. Both Cassie and Hope are excellent examples of characters working to keep the 4th Commandment: Honour your father and your mother; just as Hank Pym and Janet Van Dyne are an excellent film example of characters who work to keep the 6th Commandment in which husband and wife love and honour each other. (While on the subject of the Commandments, Christian families should take note that while the action and violence don’t exceed other mainstream MARVEL films, Captain America would not be happy with the frequent misuse of God’s name and the couple of times Jesus’ name is used in vain.)

Filled with clever and imaginative set pieces that play with the micro and macro effects of Pym’s technology, Ant-Man and the Wasp delivers audiences an eye-popping film experience best seen on the big screen. While the film may not be concerned with saving the universe from apocalyptic destruction like Avengers: Infinity War, it is very focused on protecting and saving the family in a world where marriage and family life can use all the saving available. Ant-Man and the Wasp does this with a lot of heart avoiding schmaltzy trite clichés.