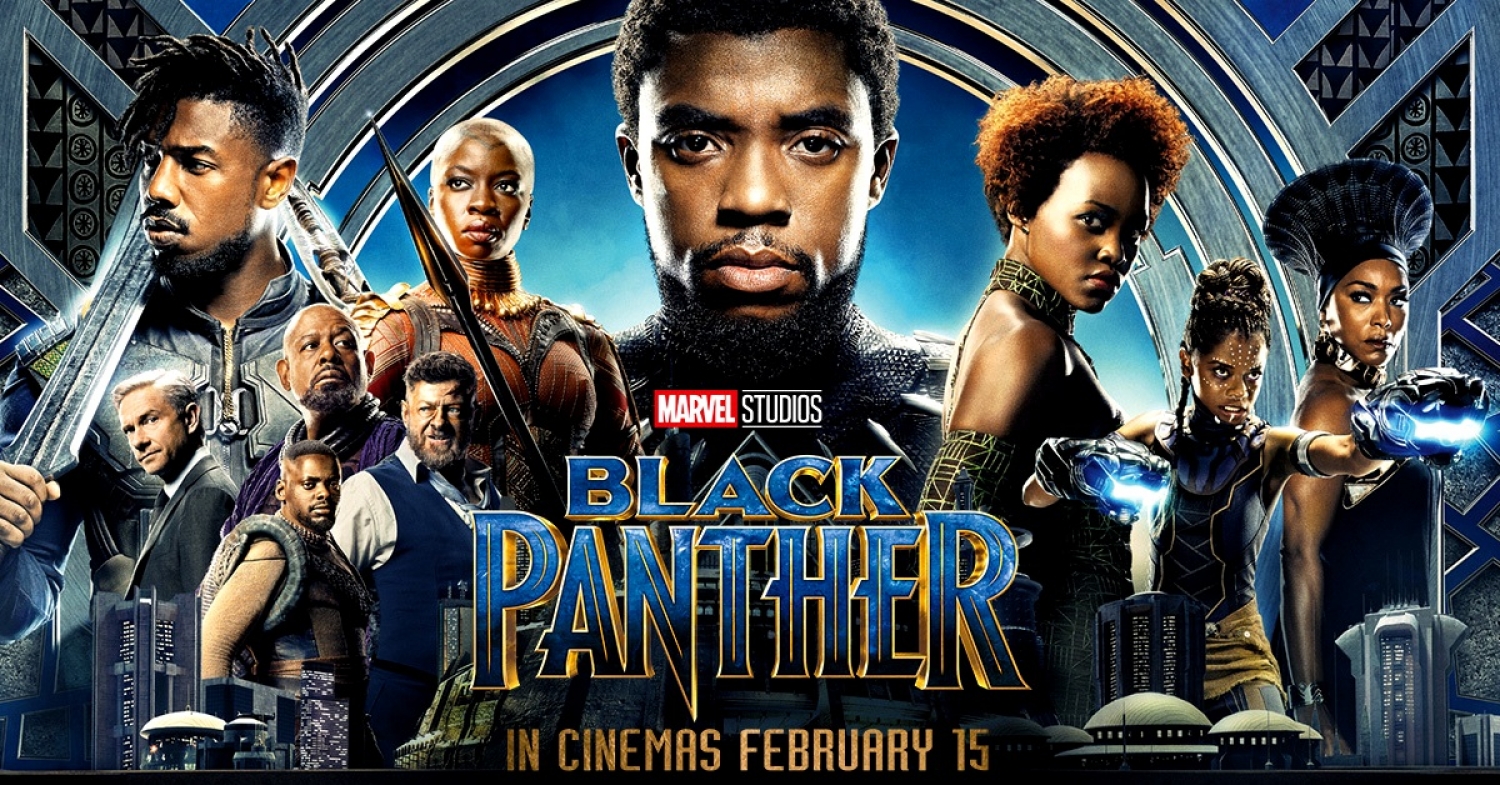 MARVEL first introduced T'Challa as Black Panther (Chadwick Boseman) to film fans back in Captain America: Civil War (2016). In that film terrorists killed his father T'Chaka (John Kani), the King of the secluded and secretive fictional African nation of Wakanda, while he was visiting Austria for the signing of the international Sokovia Accords that placed the Avengers under the supervision of a United Nations panel.

With the death of his father, T'Challa is in line to become King of Wakanda and assume the mantel of Black Panther—a semi-religious national superhero. Ryan Coogler’s Black Panther details T'Challa’s coronation and the challenges flowing from taking on his father’s role in the Wakandan government and society.

The opening scenes present the history of Wakanda with its deep mythological cosmology complete with meteoroid composed of a precious metal “vibranium” hitting Africa millions of years ago. Throughout history five Wakandan tribes lived in relative harmony with one tribe, the Jabari, living in isolation in the mountains. The Jabari historically shunned the use of vibranium the indestructible metal from which Captain America’s trademark shield is made. However, the alien metal became the basic building block of Wakandan advanced technology allowing the kingdom to practice a strict isolationist policy throughout all of recorded history and making them a sort-of “Shangri-La meets El Dorado” hidden world.

To gain and retain his place as King and Black Panther T'Challa first contends with M'Baku (Winston Duke) the leader of the Jabari tribe and then later with a long-lost and spiteful cousin Erik Killmonger (Michael B. Jordan). T'Challa suceeds with the aid of four strong women: his mother Ramonda (Angela Bassett) the Queen Mother; his sister Shuri (Letitia Wright) a tech savvy innovator “Q“ to Black Panther’s “James Bond”; Okoye (Danai Gurira) his spear-wielding general and head of royal security; and his former/current love interest, the spy and clandestine Wakandan agent Nakia (Lupita Nyong'o).

Wakanda’s isolation however proves imperfect as some people know about the secret and valuable vibranium and want to exploit it. In the first half of the film the villain is the sleazy criminal boss and arms dealer Ulysses Klaue (Andy Serkis) who is trying to sell stolen vibranium to an American Air Force / CIA US State Department employee Everett K. Ross (Martin Freeman). In the second half the villain is the usurper Erik Killmonger who wants to use vibranium to arm people of African descent around the world to stage an uprising and win justice for historical wrongs like slavery and racist thoughts, words, and deeds. Once in control of Wakanda, Killmonger says things like, “I've waited my whole life for this. The world's going to start over. I'MA BURN IT ALL!”

For a MARVEL comic book film Black Panther deals with some sophisticated political questions. In a what-if kind of world where there is a secret super technologically advanced country like Wakanda, why didn’t it step in and help fellow Africans during the slave trade? Why isn’t it providing aid and relief to poor and war-torn neighbouring countries? Why didn’t it fight to stop colonialism? These are the questions levelled at T'Challa by a number of characters in the film including the villain Killmonger to which T'Challa responds by saying don’t hold me accountable for the decisions made by past generations. T'Challa wants to be a different kind of king and new kind of Black Panther.

Before his death King T'Chaka said to his son, “The world is changing. Soon there will only be the conquered and the conquerors. You are a good man, with a good heart. And it's hard for a good man to be a king.” Nevertheless, in Black Panther T'Challa, this good-hearted king, is rewarded for his mercy towards M'Baku and is shown to be forgiving to those who rebelled against him like Killmonger and his best friend and fellow tribal chieftain W'Kabi (Daniel Kaluuya) who had sided with Killmonger. Forgiveness and mercy are shown as strengths. With an evil heart Killmonger wanted to exploit Wakanda’s resources, technology, and people to reshape the outside world in his image. Interestingly, T'Chaka likewise wants to reshape the outside world but the question is whether this will be done with kindness and warmth or with violence and cold-hearted vengeance.

As noted earlier the Black Panther mantel is semi-religious and not just focused on fighting bad guys. By virtue of his office as king, T'Challa is also the high priest of the Wakandan Panther cult which is focused on ancestor worship. Using a special heart-shaped flower and ritual burial he gains access to super-human agility and power and interacts with a plane of existence inhabited by his ancestors. While Christians may honour and hold in the highest regard those who have fallen asleep in Christ Jesus, they are not to engage in ancestor worship or to seek conversation with them.

Families with young children will want to be careful with this aspect of the film as ancestor worship is a form of religion still practiced around the world including Africa. Scripturally speaking the Old Testament will talk about how in death “[King] David slept with his fathers and was buried in the city of David” (1 Kings 2:10) yet the Bible also says “it is appointed for man to die once, and after that comes judgment,” (Hebrews 9:27) and that “the living know that they will die, … the dead know nothing, and they have no more reward, for the memory of them is forgotten. Their love and their hate and their envy have already perished, and forever they have no more share in all that is done under the sun” (Ecclesiastes 9:5–6). The Black Panther film ignores the fact that Christianity in Sub-Saharan Africa, and Islam in North Africa are the two predominant religions. Still it’s best to remember that Black Panther presents a what-if kind of world where the tribes of the fictional Wakanda lived life secluded from both Christianity and Islam.

Setting aside religion and politics there is one last question: Is Black Panther a good superhero film? There are two great action sequences both taking place in Korea: One in an underground casino and the other on the streets Busan, a port city. Other action sequences are brief, and the film could have benefited from more sustained action. The final showdown between T'Challa and Killmonger deep in the vibranium mines and the big battle sequence where Wakandan tribes fight each other (complete with armoured rhinos) use so much computer-generated imagery that any sense of danger begins to evaporate. It doesn’t mean the film isn’t entertaining, there simply doesn’t seem to be anything at stake.

Viewers who can set aside the online manoeuvring and haranguing swirling around this film—either deriding it or heaping accolades on it for even existing—will find a superhero movie surprisingly fresh considering the number of derivative plot devices it uses. The film has a lot in common with last year’s Thor Ragnarok (2017) but where the previous Thor film came across as irreverent in the face of a usurped throne and apocalyptic destruction, Black Panther comes across as epic and hopeful. It creates a certain quality of excitement and it’s clear the actors are enjoying themselves. The Black Panther comics have been around for 52 years and with this film Ryan Coogler and MARVEL have given the characters a new lease on life without bitterness or volatility. The film is not mean-spirited but more thoughtful and kinder than expected.