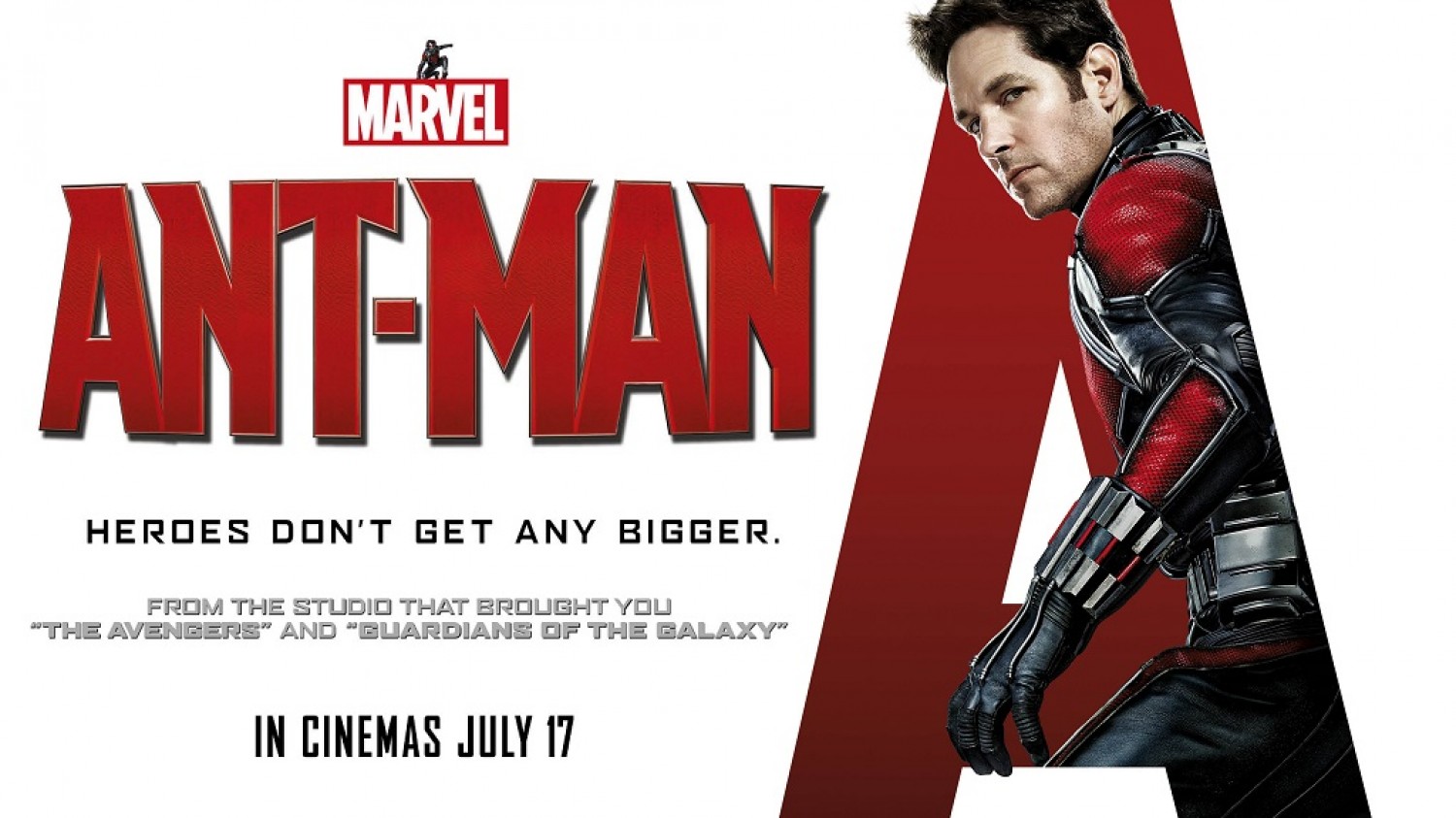 A little fun and virtue

By Marvel Studio standards Ant-Man is a small movie which, unlike other films in the comic-book-driven franchise, isn't about saving the world from imminent destruction. Instead, Scott Lang (Paul Rudd) and Dr. Hank Pym (Michael Douglas) are more interested in saving their relationships with their daughters.

The plot revolves around the scientific discovery of Dr. Hank Pym who figured out a way to shrink the space between atoms, effectively (with the help of a protective suit) making a human the size of an ant. Since no one is on the lookout for an ant, the suit gives the wearer the ability to virtually avoid detection in a world full of surveillance. It also packs a punch because the wearer’s increased density makes the Ant-Man like a speeding bullet. Because of the danger to humankind posed by the suit and its technology and because of his own personal loss as a result of wearing the suit (the presumed death of his wife), Dr. Pym put it in mothballs and hung up his mantle of Ant-Man. By doing so he kept it out of the hands of S.H.I.E.L.D.[1], HYDRA and any other interested parties, sacrificing scientific advancement for world peace.

However, Pym suspects his pupil, Darren Cross (Corey Stoll), is on the verge of solving the puzzle of shrinking living tissue and developing his own suit called the Yellowjacket. So he calls on the services of Scott Lang, a burglar just out of prison. Pym and his daughter, Hope Van Dyne (Evangeline Lilly), train Lang to wear the Ant-Man suit and communicate with ants. The plan is to steal the suit Cross is developing and destroy his research. This all sounds heavy, but it's really light-hearted; the movie is a super-hero comedy. Think Honey I Shrunk The Kids (1989) meets Iron Man (2008), with a healthy dash of self-deprecating humour.

Pym sees that Lang is in danger of falling into a similar sort of dysfunctional relationship with his daughter Cassie (Abby Ryder Fortson) as he had with Hope and wants life to be better for Lang than it was for him. The tipoff that this is not about redemption and righteousness in the eyes of God comes when Pym offers Lang the possibility of restoring this relationship by saying, "Everyone deserves a second chance," "Are you ready to redeem yourself." While this is a call to works righteousness, by the end of the film it becomes clear this is not directed toward God but toward the neighbour. Both Lang and Pym need to be righteous in the eyes of their daughters to find a measure of peace in their daily lives, a goal they help each other achieve. Christian viewers will want to remember however that in the eyes of God true eternal and everlasting righteousness comes not from an Ant-Man suit or from any personal work done in such a suit but from the robe of righteousness given to us by Christ in baptism flowing from the work accomplished by Jesus at the cross with His death and resurrection. This “kind of righteousness is the righteousness of faith, which does not depend on any works [of ours], but on God's favourable regard and His 'reckoning' on the basis of grace [in Christ]."[5]

Another interesting and positive part of the film is the whole passing of the torch from the older Pym to the younger Lang. This may remind Christians of Elijah passing the mantle to Elisha in 2 Kings chapter 2. While there are neither chariots of fire with fiery horses nor anyone taken up to heaven in a whirlwind, by the end of the film Lang receives the Ant-Man mantle and will undoubtedly wind up in future Marvel films.

For fans of current Marvel super-hero films there are a lot of inside jokes and tie-ins, even an appearance from the Falcon (Anthony Mackie) first introduced in Captain America: The Winter Soldier (2014) and featured in this year's Avengers: Age of Ultron. Is there action? Yes, but often just when the action gets going, just when it starts getting serious, the humour breaks in providing the audience with a chuckle or a good laugh. Throughout the film the action is generally handled with a light touch, nothing is taken too seriously.

Paul Rudd as former burglar Scott Lang does a good job playing a man who is finished with stealing and ready to move on with his life. He also provides good comedic moments. Michael Peña, who played a tank driver in the grim WWII film Fury (2014), shows some great comedic talent playing Luis a small-time criminal and friend of Scott Lang who, along with Lang, finds a new lease on life as a result of the unfolding story. Luis helps illustrate how the theme of redemption in the eyes of the world isn't just for Pym and Lang but bleeds out onto a majority of the film’s characters. This point is driven home by moments like the one when Luis asks the semi-rhetorical question, "So, we're the good guys now?" This is a positive element in the film.

More in the vein of Guardians of the Galaxy (2014), Ant-Man is fun and funny. Paul Rudd's Scott Lang isn't as entertaining as Chris Pratt's Peter Quill but they are cut from the same cloth. With a ridiculous premise— even for a Super hero film—Ant-Man provides some silly summer fun and a good presentation of what it means to love your neighbour as yourself. Parents and Marvel film fans will enjoy its lack of super-serious self-importance, but will want to be careful not to miss the chance to talk about the difference between righteousness in the eyes of God verses righteousness in the eyes of the neighbour/world.