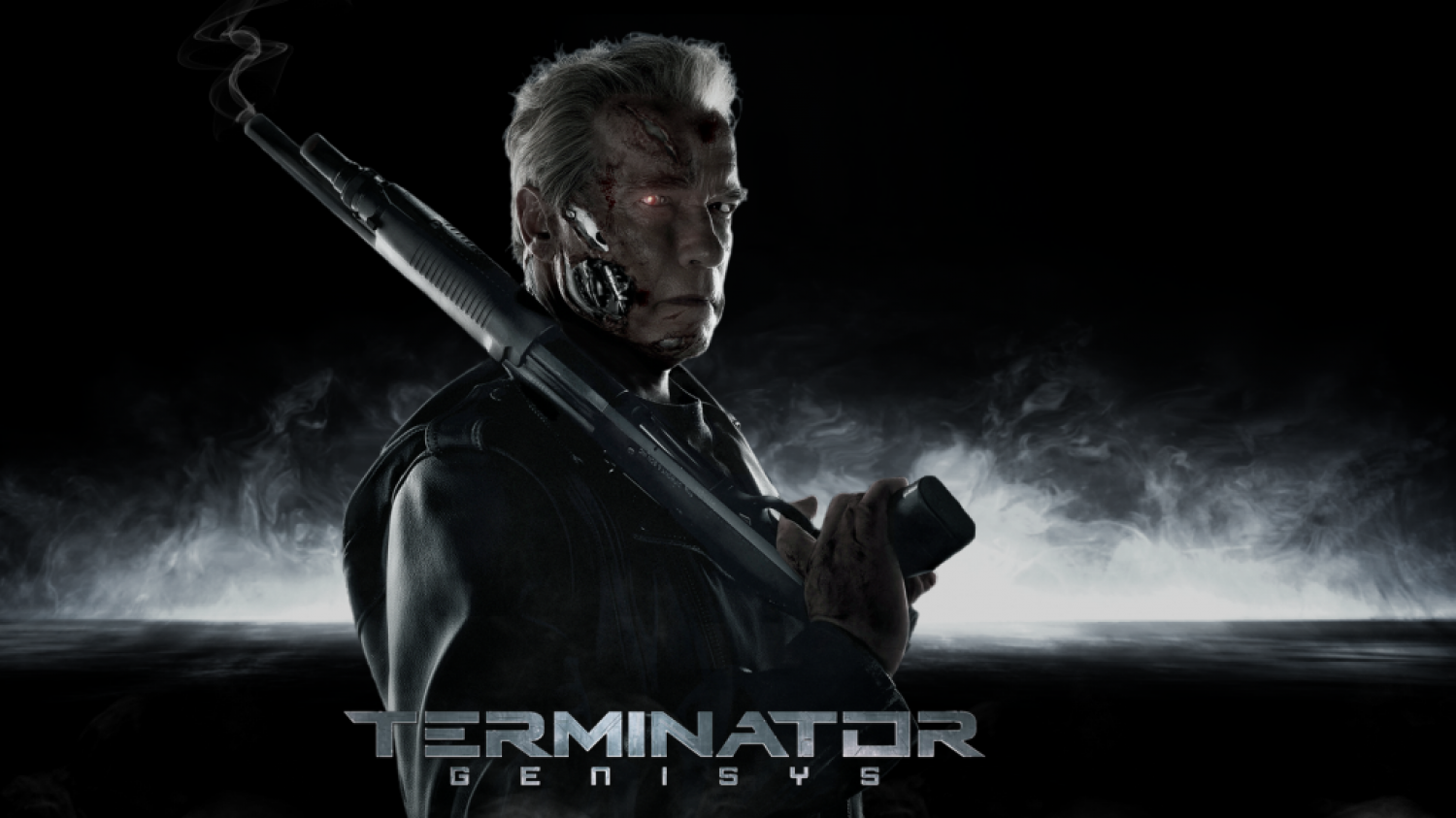 Old, obsolete or worn out?

All the Terminator franchise films share basic elements: They are all sci-fi movies involving time travel; they all have good guys and bad guys who want to stop an event in time from happening; they are all movies about a robot apocalypse and humanity’s reaction to it; and they are all action films. Terminator Genisys (2015) is fifth feature film in the franchise which also had a TV show Terminator: The Sarah Connor Chronicles (2008 - 2009). While often very bleak, each offering ends with a glimmer of hope and a future with some promise of a better day to come.

In Terminator Genisys the story of humanity's fight against Skynet—the computer program controlling a vast and relentless army of deadly robots—unfolds with a race into the past where the good guys, led by John Conner (Jason Clarke), send a soldier back to 1984 to protect Sarah Conner (Emilia Clarke), John Conner's mother. The soldier’s mission is to protect her from Skynet's cyborg assassins who have likewise been sent into the past to prevent John Conner’s birth by killing his mother before he is born. Skynet's hope is that by removing its key adversary, John Conner, the resistance would fail and Skynet could then secure a harmonious future without humans.

For viewers who have travelled down this road before everything unfolds with impeccable nostalgic timing and then the story takes a left turn and all bets are off. The soldier sent back to protect Sarah Conner is John Connor's father Kyle Reese (Jai Courtney). He discovers that a T-800 Terminator (Arnold Schwarzenegger), who Reese thinks is a Skynet assassin, is really a mysterious guardian protecting Sarah. Expecting to find a relatively helpless waitress with no knowledge of future apocalyptic events, Reese instead finds a young woman groomed as a child-soldier by her cyborg guardian. Sarah has already been fighting against the future with her side-kick cyborg robot T-800 Terminator she lovingly calls 'Pops,' and it turns out Reese is the one who needs her help, not the other way around. Once the expected story timeline is altered anything can happen, but mostly Terminator Genisys stays true to form and winds up in a predictable fashion.

The film’s title is one of its few Biblical allusions. Terminator Genisys, with its quirky spelling of Genesis, suggests the film is about the creation of the Terminators. Much of the movie revolves around Genisys, a Trojan Horse-like mobile device application coveted by everyone in the year 2017. With more than one billion pre-orders of the app and a massive clock counting down to its release, Kyle Reese, Sarah Conner and Pops discover Genisys is not really an app but Skynet secretly plotting world domination.

The central Biblical allusion lurking around the Terminator franchise stories can be found in the book of Revelation where St. John writes, "The dragon stood before the woman who was about to give birth, so that when she bore her child he might devour it. She gave birth to a male child, one who is to rule all the nations with a rod of iron," (Revelation 12:4-5). Previous instalments were focused on protecting the child of Kyle Reese and Sarah Conner from Skynet which wishes to devour him like the Biblical dragon, "that ancient serpent, who is the devil and Satan." [1] And to a certain extent this is part of Terminator Genisys too, but in this film Kyle Reese and Sarah Conner's son, John, doesn't get away from Skynet. It devours and corrupts him turning him into its own evil agent. This renders John Conner a villain and removes from him the "Saviour figure" status he held in earlier films.

Terminator Genisys has all the transgressive qualities of post-modernism, breaking the orthodox pattern of what came before it while at the same time consciously nostalgic and reverential. Director Alan Taylor, whose previous film was Thor: The Dark World (2013), treats certain elements of the Terminator franchise with great and faithful reverence but that reverence only goes so far. As a result, what viewers see is a bit of a conundrum: the overall story doesn't progress much and Terminator Genisys doesn't come to a true conclusion as the story leaves the door open, just a crack, for future instalments.

With the Marvel movie Avengers: Age of Ultron, the Spielberg-produced Jurassic World, George Miller's Mad Max: Fury Road along with the December release of Disney Studio's Star Wars: The Force Awakens, 2015 could be dubbed the “Year of Nostalgia.” With that in mind, how does Terminator Genisys stack up? Its general execution is less successful than Jurassic World and nowhere near as good as Mad Max: Fury Road, making it the poorest of these nostalgic films. The broad nature of the storytelling is one of the film’s major flaws as it vacillates between super serious and silly, and even takes a half-hearted stab at social commentary. That said, it’s a fun movie to watch and, with a PG-13 rating, it's not as rough as previous instalments. (The first three films garnered an R rating from the MPAA). Although the film, like Terminator Salvation (2009), has been made for a wider audience, this doesn't mean there are any fewer explosions or people being shot, it just means the action is less graphic and the peril less grim and distressing. Comparatively speaking this is a more light-hearted film, which is a strange thing to say about a movie that revolves around an impending apocalyptic Judgment Day and the horrors which follow in the destructive wake of Skynet's all-out assault on humanity.

Christian viewers may want to consider what Scripture says about Judgment Day. "Then I saw a new heaven and a new earth, for the first heaven and the first earth had passed away, ... And I heard a loud voice from the throne saying, 'Behold, the dwelling place of God is with man. He will dwell with them, and they will be His people, and God Himself will be with them as their God. He will wipe away every tear from their eyes, and death shall be no more, neither shall there be mourning, nor crying, nor pain anymore, for the former things have passed away'” (Revelation 21:1-4). Christians don't need to live life in fear of a robot apocalypse. When the end comes we will not be left to survive in a hell on earth run by a vindictive artificial intelligence like Skynet. Rather we will be greeted by Christ Jesus and ushered into an eternal paradise.

It really is fun to see Schwarzenegger reprising his role as the Terminator. And for fans of sci-fi action films, and fans of the Terminator franchise, Terminator Genisys can be an enjoyable film if viewers go into it with low expectations. If however people are looking for the angst-ridden, relentlessly bleak storytelling of James Cameron's Terminator (1984) and Terminator 2: Judgment Day (1991) they will leave disappointed. What this new film needed more than anything else was a streamlined plot and some central focus. Instead, it gives viewers a scattershot approach which hits a little bit of everything but misses its mark.

In Terminator Genisys Schwarzenegger’s new catch phrase is, "I'm old, not obsolete." When it comes to the Terminator franchise viewers will have to decide if they are watching something old, obsolete or worn out.