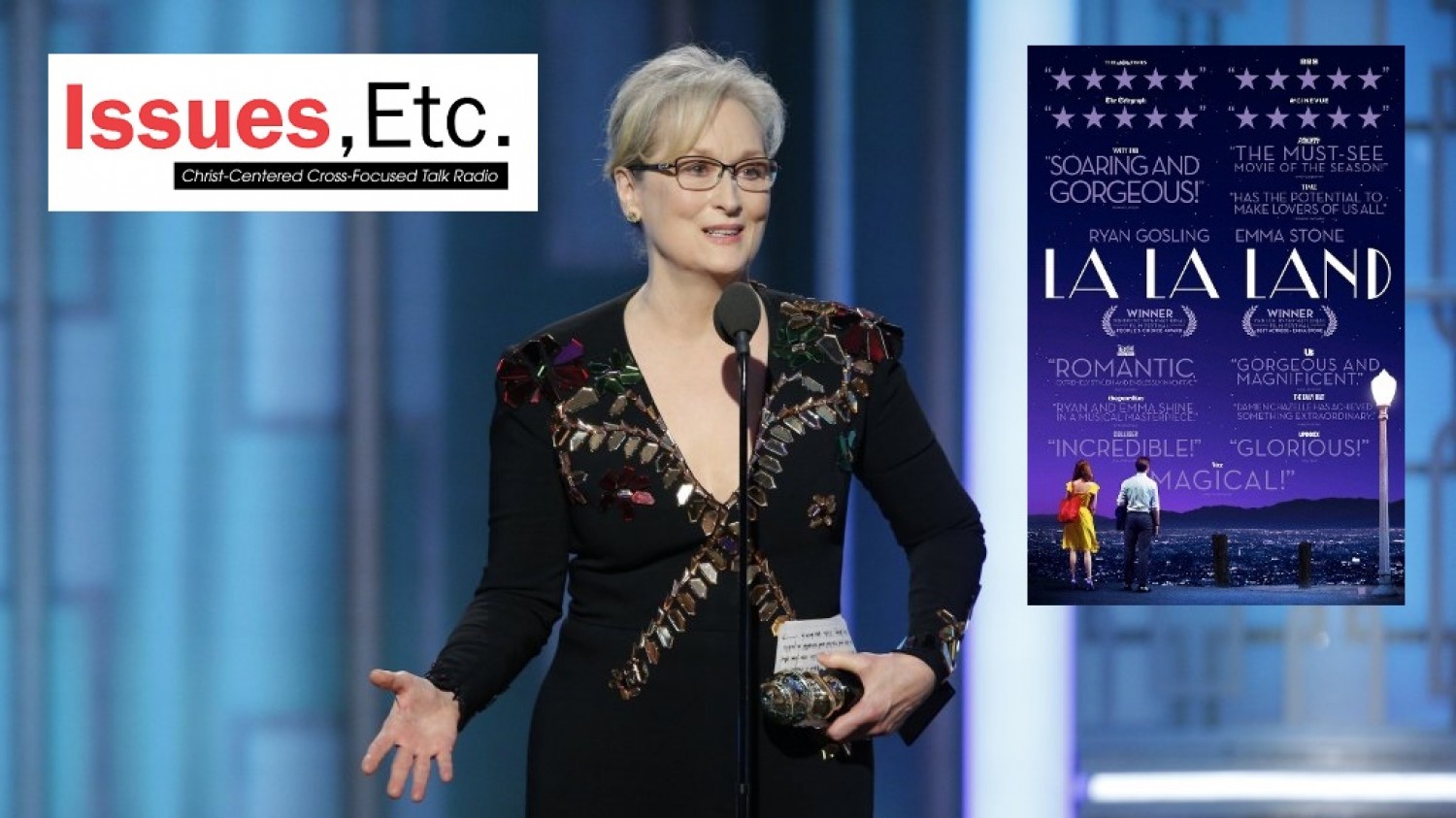 In this segment of IssuesEtc pastors Giese and Wilken talk about the recent telecast of the 74th Golden Globe Awards. Provided in this interview are some general observations of the award show and a little discussion of what makes the Golden Globe Awards different from the Oscars (The Academy of Motion Picture Arts and Sciences Awards). Click the banner blow to listen to the interview at IssuesEtc.org

Part of the difference between the two award shows is that the Golden Globe Awards are awarded by The Hollywood Foreign Press Association (HFPA) a select group of around 90 international media journalists whereas the Oscars are awarded by The Academy of Motion Picture Arts and Sciences with a voting membership numbering over 6,000 members from within the film industry. This basically makes The Hollywood Foreign Press Association an Oligarchy and the Golden Globe Awards then provide an excellent example of a system in which all power is vested in a few persons or in a dominant class or clique. On the other hand the Oscars then represent a Meritocracy and are a good example of  a system in which the talented are chosen and moved ahead on the basis of their achievement.

Both the Oscars and the Golden Globe Awards however are rather insular and viewers are often left feeling like they are watching the cool kids in high school. While there is often a lot of internal Hollywood politics that go on at programmes like the Golden Globe Awards there has also been, and continues to be, a regualer helping of Hollywood commentary on American politics too. The host of the programme, Jimmy Fallon in his opening monologue started the Golden Globe's political commentary with a more pointed comment about Donald Trump saying,

"The film Florence Foster Jenkins is nominated. The character has been dubbed the world’s worst opera singer and even she turned down performing at Donald Trump’s inauguration."

Pastors Giese and Wilken talk about some of the things said in these comments. In the second half of the interview there is an initial review of Damien Chazelle's film La La Land (2016) a modern original musical telling the story of two young people living in Los Angeles trying to make their dreams come true in Hollywood. Mia, played by Emma Stone, is an aspiring actress and Sebastian, played by Ryan Gosling, is a struggling jazz pianist. They keep running into each other and eventually fall in love. It's a musical so there's a lot of singing and dancing. Emma Stone is not a professional singer so there's a naturalistic quality to her singing. Ryan Gosling, outside of his life as an actor, is a musician. The Canadian actor has his own band called, "Dead Man's Bones" and even learned how to play the piano for his part as Sebastian in La La Land. The film won in the categories of: Best Motion Picture – Musical or Comedy, Best Performance by an Actor in a Motion Picture – Musical or Comedy, Best Director – Motion Picture, Best Screenplay, Best Performance by an Actress in a Motion Picture – Musical or Comedy, Best Original Song – Motion Picture, Best Original Score – Motion Picture.