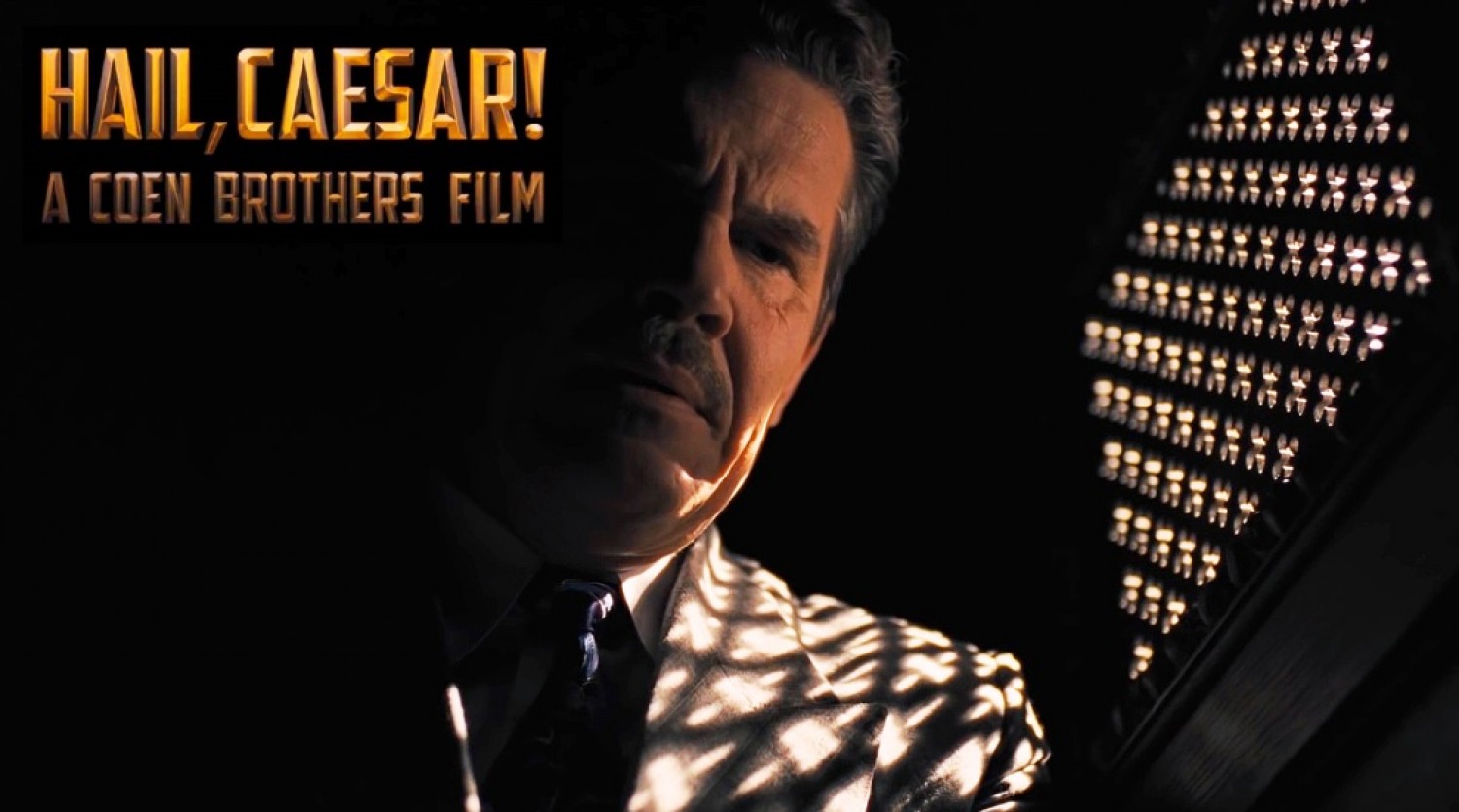 A serious comedy in time for Lent

On a storyline spectrum, Joel and Ethan Coen (aka the Coen Brothers) make films ranging from hard-boiled crime like Blood Simple (1984), Fargo (1996), and No Country for Old Men (2006) to whimsically quirky comedies like Raising Arizona (1987), The Hudsucker Proxy (1994) and O Brother Where Art Thou (2000). A film like The Big Labowski (1998) falls somewhere in the middle, leaning hard toward the comedy side. The Coen's new film Hail Caesar!(2016) is firmly on the comedy side of things although it leans toward their more serious work. Keep in mind that just because something is meant to be funny it doesn't mean it has nothing to say.

Set in 1950s Hollywood the Coen Brother's latest film Hail Caesar! is a fictional "day in the life" story about a Capital Pictures' studio executive Eddie Mannix (Josh Brolin). Mannix is the studio's head of physical production however he doesn't work cooped up in an office. With a sort of "if you want something done right, do it yourself" attitude he sets out each day as a hands-on studio fixer, personally labouring at all hours to maintain a wholesome reputation for the company and its stars. Mannix works hard to avoid the sorts of controversies that could cause financial ruin for the studio. As he endeavours to stay one step ahead of the police and the press (Tilda Swinton) it becomes clear that Hail Caesar! is not a retread of the Oscar-winning film L.A. Confidential (1997). The two films may share the same historical setting, and are both love letters to the Hollywood of that time, but that's where the similarities end.

The current potential major scandal requiring Mannix’s attention is the kidnapping of the lead actor in "Hail Caesar! — A Tale of the Christ" the studio's ambitious "sword and sandals" religious epic. (Think The Robe (1953) or Ben-Hur (1959).) The actor, Baird Whitlock (George Clooney), has been drugged, kidnapped and whisked away to a beachfront Malibu property by a communist "study group" comprised mainly of Hollywood script-writers demanding a $100,000 ransom. By the end of the day Mannix needs to get Whitlock back before the press finds out.

Christian viewers will immediately recognize Mannix as a Christian character. His faith is not cynical or held lightly. In Mannix the Coen Brothers have crafted a character that falls into the category that Terry Maddingly of www.getreligion.org calls a "sweats-the-details” Catholic who goes to confession. And that's where viewers meet Mannix—in the confession booth sincerely confessing his sins to his priest. When asked, "How long has it been since your last confession, son?" Mannix looks at his watch and responds, "27 hours." To which the priest responds, "It's really too often; you're not that bad." Mannix thinks otherwise or he wouldn't be there! One of the things he's concerned about is that he told his wife he'd stop smoking and, in the course of his previous day, he'd smoked and then lied to her about it. The lie troubles him deeply as he wants to do better in the eyes of God and for his wife and family.

"I have sinned, I struck a movie star in anger"

By the end of the film Mannix is again in the confessional. This time his confession includes details from the film’s events including physically slapping actor Baird Whitlock in an effort to encourage him to embrace his vocation and not be distracted by communist ideologies. Essentially, Mannix's character is concerned with virtue in a world of vice—heady stuff for a comedy. Fortunately, the Coen's don't play Mannix's Christianity for laughs rather his faith becomes the foil to the absurdity of the situation and the hi-jinx swirling around the film’s kidnapping plot.

Complicating Mannix's day is a job offer to work for a fledgling aerospace company, Lockheed Martin, which would pay him more and provide him with regular office hours. Viewers are left to wonder whether Mannix will continue working as a Capital Pictures' studio executive or move on. The film literally asks the philosophical question, "Is it better to work the hard job that's ‘right’ or take the perfectly good job that's easy." The question haunts Mannix at every turn as do the cigarettes which sometimes he smokes when they are offered, and sometimes he resists the temptation to smoke. Deep down he knows every cigarettes is a lie and that lie is a sin. He is a man in need of forgiveness, with lot on his mind, a lot on his plate, and he knows it.

The fictional ‘movie inside the movie’ "Hail Caesar!—A Tale of the Christ" is also an interesting part of the equation. The Coen's do an admiral job recreating something many Christians will recognize: the careful middle-of-the-road Biblical epic. This fictional film looks and feels like a Cecil B. de Mille extravaganza. There is even a scene where Mannix sits down with Christian clergy—Roman Catholic, Eastern Orthodox, and Protestant—and a Jewish rabbi (Robert Picardo) to talk about the film’s theology seeking their approval. Particularly, Mannix wants their blessing on the portrayal of Jesus as the Son of God, the ‘Christ’ in his studio's film. The rabbi is quick to explain, "God doesn't have any children, He's a bachelor. And He's very angry." The Orthodox priest on the other hand finds one of the script’s action sequences more problematic than any depiction of Jesus. Even though this religious "focus group" is lively and humorous it doesn't come across as mean-spirited.

At the climax of the ‘movie inside the movie’, Whitlock, playing a Roman centurion, marches in to stand at the foot of the cross at Jesus' crucifixion. The film’s actors and extras, along with the filmmakers who are all on the set living their vocations, are shown intently listening to Whitlock's impassioned speech in which he says that Christ Jesus "saw us in our sin," and "came to bring us love." As everyone listens, hanging on the handsome and charming Whitlock's every word, he flubs the end of his line just as he says there’s a “Truth beyond this world, a Truth we could see if we had but… if we ha[d] ... ha[d] ..." "FAITH!" the director interjects. If we had but faith. Christian viewers know who the Truth is— Jesus, (John 14:6)— just as they might also recall that St. Paul explains that, "faith comes from hearing, and hearing through the word of Christ," (Romans 10:17). There is a surprising earnestness in how the Coen Brothers present the Christian faith in Hail Caesar! At its core the film shows no malice toward Christianity, Jesus, Mannix, or his desire to improve and do better as a Christian. This is refreshing.

Is Hail Caesar! the best the Coen Brothers have offered? No. But there are plenty of great performances and laughs along the way. More importantly the film presents worthwhile themes and poses questions with regard to virtue, and confession and absolution. Lutheran viewers will disregard the prescribed penance of "Hail Marys and Our Fathers," but will revel in a pleasantly surprising film about repentance and faithfulness conveniently arriving in theatres as the Church begins observing Lent. Hail Caesar! A comedy? Yes. A mindless comedy? No.

Using a cell phone or tablet? Can't see this video? Flow this link to the original page on Slate.