The Mandalorian - Season 2 The Marshal (2020) by Jon Favreau 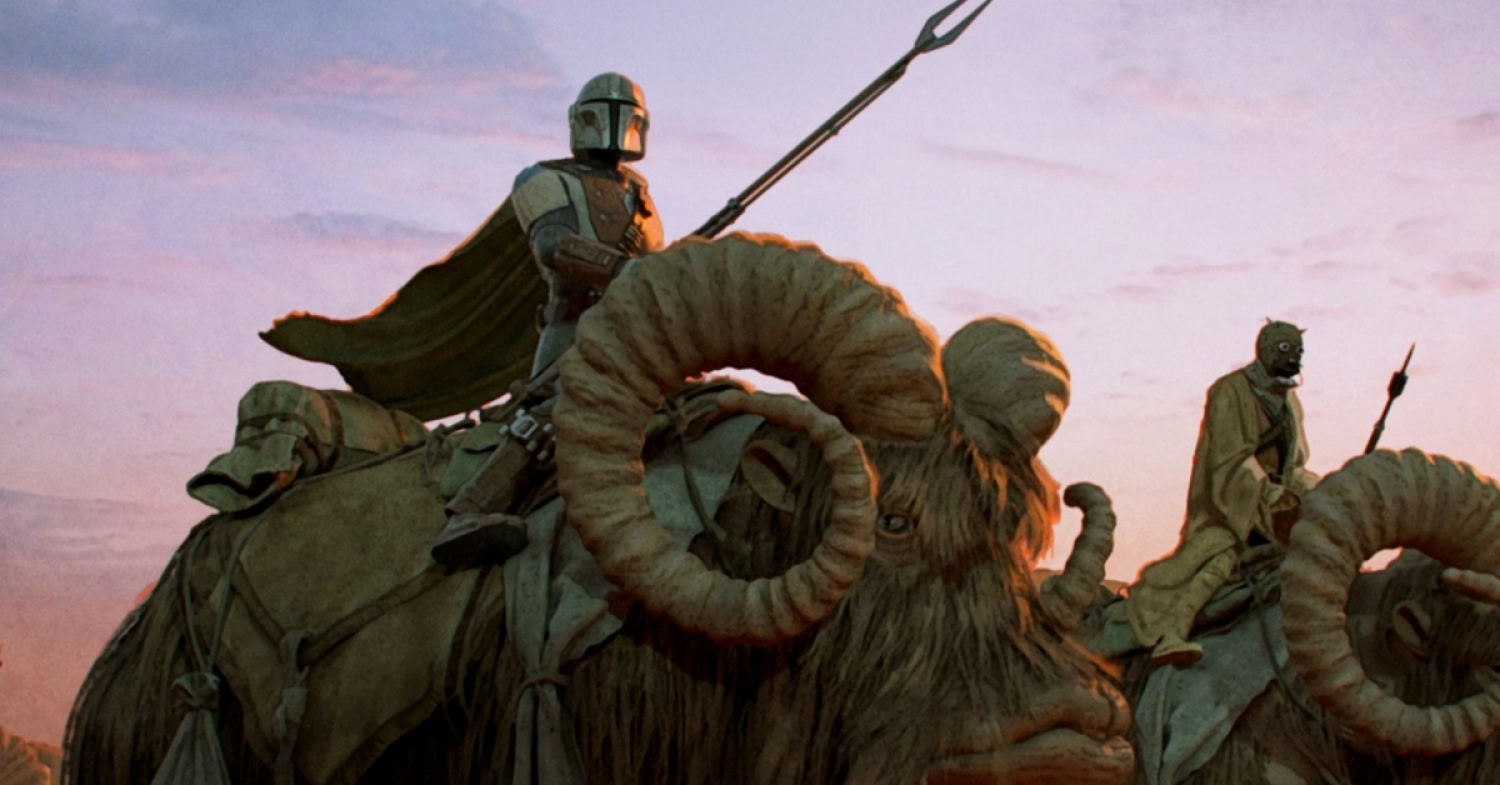 Listen here for audio of radio interviews about films from a Christian perspective with Pastors Ted Giese and Todd Wilken on IssuesEtc.org where Christianity meets culture.(WARNING:This review includes spoilers)

As Season 1 of the Disney+ live-action Star Wars TV show The Mandalorian (2019) wrapped up its eight-episode run audiences were introduced to new compelling characters in an expanded post-Return of the Jedi (1983) Star Wars Universe. Here the criminal underbelly of the galaxy far, far away continues grinding on even as the Empire lays in ruin and the Rebel Alliance presumably works to reforge the Republic supplanted by years of tyranny.

The central character Mando, The Mandalorian (Pedro Pascal), is a bounty hunter conflicted between following his Mandalorian Creed and delivering an asset he was paid to acquire by any means necessary to The Client, an Imperial officer (Werner Herzog). After discovering the nature of the asset Mando chooses to risk everything breaking his contract.  The asset is a mysterious orphaned alien child seemingly in need of protection. Mando’s decision to withhold The Child from The Client reflects his own history as an orphan child adopted and trained by Mandalorians when he was in danger and nearly killed by a droid in the clone wars. The Child, who is from the same alien species as the Jedi Master Yoda (Frank Oz), proves to have his own Force abilities and he and Mando forge an unbreakable bond.

Along the way they find new friends like the Ugnaught Kuiil (Misty Rosas voiced by Nick Nolte), Cara Dune (Gina Carano) a former Rebel shock trooper, and IG-11 (voiced by Taika Waititi) a deadly assassin droid re-programmed by Kuiil to be a medic and "wet-nurse" for The Child. Even the roguish middleman Greef Karga (Carl Weathers), who set up the contract between Mando and The Client, in the end sides with Mando and The Child.

Narrowly escaping from The Client and his superior officer Moff Gideon (Giancarlo Esposito), Mando is tasked by his armourer (Emily Swallow) to attempt to deliver The Child back to its home world which provides the starting point of Season 2. To succeed in his task Mando seeks out more of his kind leading him by way of rumour to the Outer Rim planet of Tatooine where another Mandalorian might be found. Even though he doesn’t know the identity of the Mandalorian audiences know it’s the bounty hunter Boba Fett first introduced in The Empire Strikes Back (1980) and last seen swallowed into the belly of a Sarlacc Pit in the conclusion of the first act of Return of the Jedi.

In the first episode of the first season The Client acknowledges to Mando that “bounty hunting is a complicated profession,” and Christian viewers would agree. It really depends on who the contract is made with and why the bounty hunter is being engaged. Contracts made with legitimate governments for legally upstanding ends— like executing a complicated arrest warrant or the lawful retrieval of stolen goods— would fall into the category of “justice” whereas contracts with criminals for nefarious purposes like trafficking, theft, and murder for hire, while potentially lucrative, would lead to a path of wickedness. The ethics of such work drive the drama of programs like The Madalorian presenting a profession filled with both heroes and villains. Christian viewers might then be reminded of these words from Scripture: “Therefore let anyone who thinks that he stands take heed lest he fall. No temptation has overtaken you that is not common to man. God is faithful, and he will not let you be tempted beyond your ability, but with the temptation he will also provide the way of escape, that you may be able to endure it” (1 Corinthians 10:12–13). The Child was Mando’s way of escape in Season 1 creating a theme of righteous rejection of evil and a path of redemption for Mando and other characters as they chose to stand up to the temptations of greed and selfishness.

This theme is at the forefront of the first episode of Season 2: Chapter 9 The Marshal. Mando arrives on Tatooine to find the armour of the rumoured Mandalorian worn not by a fellow Mandalorian but rather by a well-meaning local named Cobb Vanth (Timothy Olyphant) who uses it to protect his small town of Mos Pelgo from Tusken Raiders and greedy mining interests. In Cobb Vanth Mando sees another man willing to sacrifice himself for the wellbeing and safety of others. In exchange for the salvaged armour Mando agrees to help Vanth rid the community of a krayt dragon which threatens to devour the town’s inhabitants. Killing the beast requires cooperation and Mando, who shares a friendly respect for the indigenous Tusken Raiders, brokers a peace between the town folk and the raiders centred on removing the threat with the additional promise of living side-by-side in peace after the threat is gone.

In the past the Tusken Raiders, who travel single file to hide their numbers, have been presented as villains in films like A New Hope (1977) and Attack of the Clones (2002). In The Madalorian Season 1 Chapter 5: The Gunslinger directed by Dave Filoni, and now in this first episode of Season 2, they are presented in a more nuanced way and provided a path of redemption. Not every Tusken Raider is busy attempting to beat farm-boy Luke Skywalker (Mark Hamill) to a pulp or kidnap and torture to death Anakin Skywalker's (Hayden Christensen) mother Shmi Skywalker (Pernilla August). If given the opportunity they might choose a more virtuous path. Clearly they and the town folk are operating in their self-interest to remove the threat of their shared monstrous enemy however the suggestion is that the peace brokered by Mando and Vanth will be maintained long after the ravenous beast is destroyed.

As the episode successfully concludes with the town saved and everyone living under a fledgling and growing peace, Mando leaves with Boba Fett’s armour and the audience receives a big reveal. In the distance a lone figure observes Mando’s departure and keen viewers will recognize the actor Temuera Morrison who played Jango Fett in the prequel film Attack of the Clones. Jango Fett was both the genetic source of the massive clone army used by the Galactic Republic in its war with the Separatist movement’s Droid army and the clone “father” of Boba Fett who he raised as his own son. With the reveal at the end of Chapter 9 The Marshal audiences are tipped off to the possibility that Boba Fett didn’t die in the belly of a Sarlacc Pit but rather escaped somehow losing his armour. The question then presents itself when considering the redemption thread through The Madalorian: Will Boba Fett continue being the antagonist, a villain, or will he too be provided “a way of escape” via Mando and The Child?