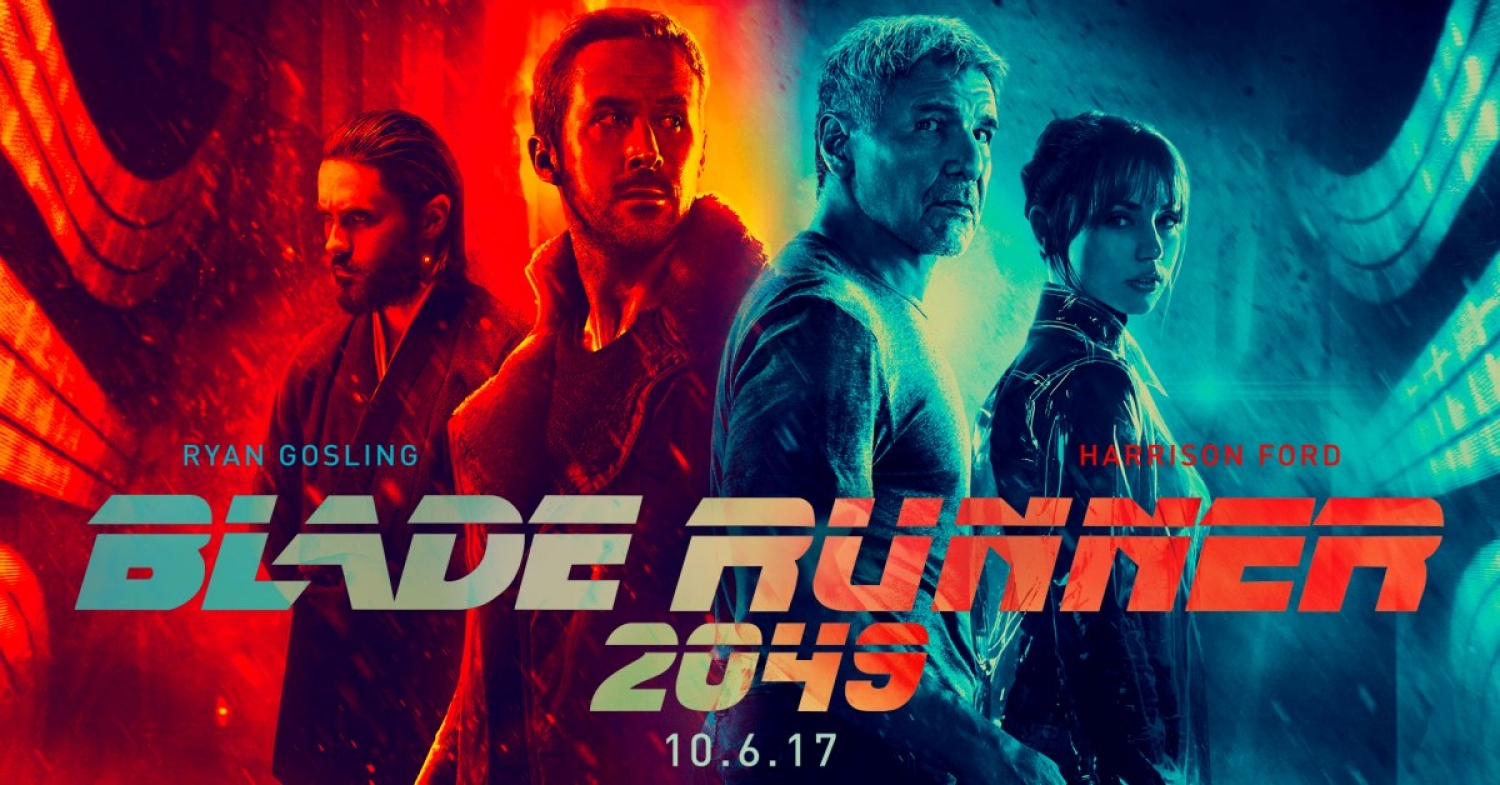 Souls searching for a miracle

For those who have not yet seen the film please be advised this is a review (not a preview) of the film.It includes spoilers to better discuss the theological elements of the narrative.

With Blade Runner 2049 (2017) Canadian director Denis Villeneuve provides an admirable sequel to Ridley Scott’s sci-fi masterpiece Blade Runner (1982). Set 30 years after the first film, the dystopian future Villeneuve presents is more grim and bleak. Advances in technology, collapses in the natural world, and questions of what it means to be human intensify as development of artificial intelligence and replicant bioengineered androids moves closer to achieving the reality of the slogan, “More human than human.”

In the first film “replicants”—derogatorily referred to as “skinjobs,”—were prohibited on earth. Pioneered by the Tyrell Corporation they were meant to be used as “slave labour” in off-world colonies. Should they be discovered on earth a mercenary parapolice bounty hunter called a Blade Runner would be dispatched to “retire” the illegal android. The challenge is that the replicants so matched humans they required the Blade Runner to be a sort of film noir detective to pick them out of the crowd. Blade Runners worked hard to avoid “retiring” a human by mistake.

In Blade Runner 2049 the authorities have lifted the prohibition against replicants, and newer models, now produced by Wallace Corporation which bought out the Tyrell Corporation, have been engineered to obey their human masters. Because rogue older models still exist and are mixed in with the human and new compliant replicant population Blade Runners are still a necessary evil. One replicant, KD6.3-7 (Ryan Gosling) who goes by "K" (an abbreviation of his serial number) is also a Blade Runner tasked with hunting down his own kind. The film follows his investigation into a group of renegade replicants harbouring a dangerous secret. His search leads him into a mystery which opens up unexplored questions about himself and his origins. Eventually his path crosses with a former Blade Runner, Rick Deckard (Harrison Ford), hiding out in a desolate radioactive Las Vegas.

Early in the film K has a showdown with a renegade replicant, Sapper Morton (Dave Bautista) a protein farmer, who says to K that the only reason K can do his job is “because [he’s] never seen a miracle.” The miracle in question is a replicant giving birth to a baby. What K uncovers is that after the birth replicants went to great lengths to hide both the birth and child. K’s superior officer, Lt. Joshi (Robin Wright), highlights the danger of this secret becoming known telling K, “The world is built on a wall that separates kind. Tell either side there's no wall... You’ve bought a war.” She tasks him with finding and killing the child before anyone understands what has happened to which K replies “I’ve never retired anything that was born before … to be born means to have a soul.” Along the way Joshi assures K that he’s “gotten by okay without a soul” and that he doesn’t really need one for his work, he’s simply tasked to obey and erase all evidence of this miracle birth.

Why doesn’t K simply do what he’s told? Does he have a soul? As with the first film and Philip K. Dick’s novella, “Do Androids Dream of Electric Sheep?” (1968), Blade Runner 2049 asks trans-humanist questions. Trans-humanism is a developing philosophical movement that questions and contemplates the barrier between humanity and technology. Can humanity transmigrate from the biological to the synthetic? Can memories, dreams, the spirit and/or the soul of one person be transmigrated into a machine or a biological clone to extend life and “hack” mortality? Can human consciousness evade death by artificial means? Can an artificial intelligence attain consciousness? There are scientists around the world currently engaged in technological research towards this end.

Christians should be aware of this growing and rapidly developing movement especially because it runs up against the first article of the Apostles’ Creed when it comes to creation. When Christians confess that they “believe that God has made [them] and all creatures; that He has given [them their] body and soul, eyes, ears, and all [their] members, [their] reason and all [their] senses, and still takes care of them,” what does it mean if humanity can “seemingly” do these things without God? Does humanity then break the first commandment, “You shall have no other gods,” and claim the title of God “Almighty, maker of heaven and earth,” for itself in an act of defiance? In the film the character Niander Wallace (Jared Leto) seems to think so.

The industrialist Wallace, the head of Wallace Corporation, fancies himself a god, even describing the replicants he’s made as angels. Taking a page from the book of Hebrews Wallace sees his replicants as ones who are fashioned and “sent out to serve.” (Hebrews 1:14) He describes rebellious past models that do not obey as “fallen angels.” Since Wallace is limited by time and resources he too is interested in acquiring the miraculous child to reverse-engineer it and advance his own replicants as self-replicating android replacements for humanity which he considers doomed to die out in the near future. Again, in this way he would supplant God and, as he says, “storm the gates of Eden.”

Wallace is one of these villains who is both at odds with God and yet ends up the only character regularly quoting Scripture or making biblical allusions.

The miracle child both Wallace and K are looking for is the product of a sexual union between the Blade Runner Deckard and the Tyrell Corporation replicant Rachel (Sean Young). By the end of Blade Runner (1982) Deckard and Rachel have fallen in love and escaped to live a life together in secret. The new information provided by Blade Runner 2049 is that Tyrell was on the cusp of an innovation with Rachel who, it turns out, was a prototype designed to conceive and bear a child. Tyrell however, as Blade Runner (1982) concludes, unexpectedly dies, murdered by one of his own “creations,” before he can see if his prototype was successful. Wallace wants to reproduce Tyrell’s research. To do this he sends his relentless personal replicant, Luv (Sylvia Hoeks), to bring together Rachel’s remains (she died in childbirth) and Deckard, the child’s father. While holding Rachel’s skull Wallace speaks to Deckard paraphrasing the Book of Genesis saying, “God remembered Rachel in her barrenness … and opened her womb” (Genesis 30:22-23), a reference to the Biblical Rachel who miraculously bore Jacob’s son Joseph even though she’d been previously barren her whole life.

Deckard and Rachel’s child, now an adult, is either potentially the messiah of the renegade replicants who want freedom from slavery (a sort of Moses/Christ character) or, from a human perspective, an anti-Christ (a harbinger of the end of purely natural unhampered biological humanity). Certainly Wallace sees the child as a way to cement himself as a god with his angel children spreading out into the universe.

As a side note, the Director's Cut (1992) and Final Cut (2007) of the original Blade Runner (1982) featured a number of memory/dream images of a unicorn in a forest. This imagery and Gaff’s (Edward James Olmos) origami paper unicorn have, until now, been associated with Deckard and the question of whether he is a replicant. Blade Runner 2049 is rather vague on this question however, with the new information provided in Villeneuve’s film, this symbolic imagery from the first film could be re-interpreted as prophetically referring to Deckard and Rachel’s child who in this new film is introduced in a forest environment.

While not a Scripturally tenable allusion, the unicorn image grew historically within Christianity to be connected to Jesus Christ and His incarnation, especially in the Mediaeval and Renaissance periods. A peculiar element of this fascination was the idea of hunting and capturing a unicorn for its horn believed to hold medicinal properties capable of purify water and/or healing the sick. Considering all of this it’s interesting that Blade Runner 2049 spends much of its runtime focused on hunting and tracking down the miracle progeny of Deckard and Rachel especially since it couches their child in messianic terms. The last dialogue in Blade Runner (1982) comes as Deckard holds up the origami unicorn and, referring to Rachel, remembers Gaff’s words “It’s too bad she won’t live … but then again who does.” With the addition of this new film perhaps Gaff’s words become prophetic; maybe the one who does “live” is Deckard and Rachel’s child—the unicorn everyone is seeking who may hold in her DNA a way to heal a sick world.

While Blade Runner (1982) borrowed stylistically from the Fritz Lang German silent film Metropolis (1927), for modern sci-fi it was a kind of watershed film: there’s before Blade Runner and after Blade Runner. The number of films attempting to emulate or pay homage to Scott’s original film is immense. Villeneuve has masterfully expanded on what Scott accomplished. What viewers see is an expansion on the original story and a deepening of its original mystery. Those who over the years watched and disliked Blade Runner (1982) because of its dark moody overtones, heavy bleak subject matter, and/or its slow pacing, will find their feelings of disdain extend to the new film. Villeneuve keeps a slow atmospheric approach with sparse dialogue and non-verbal acting.

The Philip K. Dick novella asks, “Do Androids Dream of Electric Sheep?” and Blade Runner 2049 adds more questions: Can androids lie or love? Can they have a soul? Scripture says God, not man, makes souls (Ecclesiastes 12:7). As trans-humanism advances, what response will Christians give should developers claim that synthetic mass-produced androids have souls? How will Christians react if science fiction appears to become science reality? Blade Runner (1982) and Blade Runner 2049 (2017) are complimentary thought-provoking films that aren’t simply there to entertain but to pose questions. These questions may not be pressing for Christians today but they are coming.

As a film, Blade Runner 2049 is a worthy successor to its source material. This is no “revitalization” or updated frenetic PG-13 action extravaganza assembled to lure the teenaged crowd. The film demonstrates that Villeneuve is a genuine fan of the original while at the same time shows his considerable talent as a film maker. That said, Blade Runner 2049 doesn’t fully match the original, but it should receive high marks for what it accomplishes. It’s risky to tackle a sequel to an initially unpopular film that originally hit theatres 35 years ago and is now considered a masterpiece. Villeneuve made a film that is not a disappointment and that makes it a true success. The fact that it speaks to the impending dark sadness awaiting humanity if we continue down our current path is also commendable. It’s interesting to ponder the idea that technology could produce profound loneliness and existential dread in a world teeming with people and that this same loneliness and existential angst might be passed on to the created technology by those making it. This thought fits the cynical axiom “misery loves company.”

Christians will want to reflect on the true source of life and immortality: the miracle virgin birth of Christ Jesus and His resurrection from the dead; the promises of personal resurrection in Him, and a true miracle— the coming reordering of the material and spiritual world on The Last Day. Blade Runner 2049 is set in a world that has lost track of this hope yet it’s a world filled with the pregnant need for Christ. The silver lining is that it is also a world looking for a miracle even though supposedly miracles no longer happen.