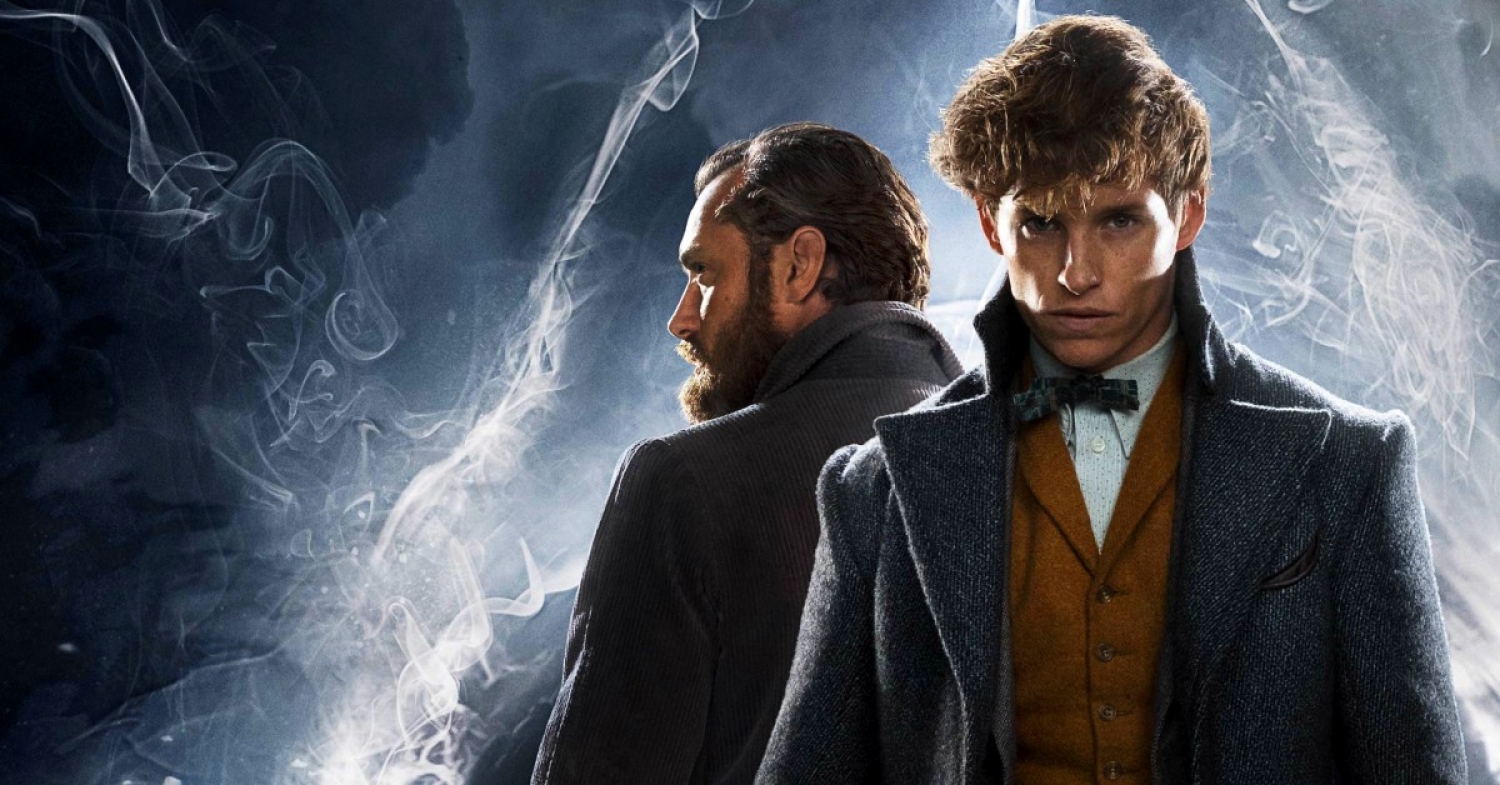 Fantastic Beasts: The Crimes of Grindelwald (2018) is the second Harry Potter prequel by director David Yates under the Fantastic Beasts title penned for the screen by J.K. Rowling. It continues the story started in Fantastic Beasts and Where to Find Them (2016) which introduced audiences to the character Newt Scamander (Eddie Redmayne), a mild-mannered wizard and cryptozoologist with an interest in mythical and fantastical magical beasts who reluctantly finds himself drawn into a byzantine plot to stop the dangerous Voldemort-esque Gellert Grindelwald (Johnny Depp).

Rowling and Yates set these films in the 1920s, the first in New York City providing an American flair to the Harry Potter Universe, and this new entry around Paris, France adding a continental European side to this ever-expanding world. Gone are the days when Harry Potter films were confined primarily to Hogwarts School of Witchcraft and Wizardry. While the first Fantastic Beasts film was light on Harry Potter crossover content and tidbits The Crimes of Grindelwald is bent on cramming in as many Harry Potter reminders as possible including a much younger and more dapper Albus Dumbledore (Jude Law)—a character that emerges as a key part of the developing plot.

As a result, The Crimes of Grindelwald expects a lot of its viewers; casual viewers may not fully grasp the importance of certain details and how characters are connected. There are familiar names and places mentioned but unless viewers do a little digging, they may miss the fact that the circus performer who transforms into a snake (Claudia Kim) and who will be doomed to eventually live life as a snake is actually Nagini, Voldemort’s (Ralph Fiennes) pet python from the Harry Potter films. They may also miss that Leta Lestrange (Zoë Kravitz) is some kind of great aunt by marriage to Bellatrix Lestrange (Helena Bonham Carter) one of Voldemort’s “Death Eaters.” Are any of these details important to the Harry Potter story? Time will tell.

But it isn’t just internal story details the film expects viewers to keep in mind. Audiences are also expected to remember that in 2007 while in New York City’s Carnegie Hall at a public reading of her book Harry Potter and the Deathly Hallows in front of around 1,600 young fans someone asked Rowling, “Did Dumbledore, who believed in the prevailing power of love, ever fall in love himself?” to which she replied, “My truthful answer to you...I always thought of Dumbledore as gay.” Rowling and Yates expect viewers to know about this because they provide no clear exposition to explain it in this film. Knowing this tidbit helps make sense of some dialogue between London’s Ministry of Magic head, Torquil Travers (Derek Riddell), and Dumbledore. Travers, while seeking to enlist Dumbledore in a campaign against Grindelwald, says, “You and Grindelwald were as close as brothers,” to which Dumbledore replies, “Oh we were closer than brothers.” In addition, flashbacks show teenaged Dumbledore and Grindelwald making a blood pact, and Dumbledore seeing Grindelwald while staring into The Mirror of Erised, which, according to Albus Dumbledore in Harry Potter and the Philosopher's Stone (2001), shows the "deepest, most desperate desire of our hearts." Ian McKellen an openly gay actor who played another famous fictional wizard, Gandalf, in The Lord of The Rings films expressed his disappointment that Dumbledore isn’t presented as “explicitly” gay in The Crimes of Grindelwald and undoubtedly there will be many in the LBGTQ community equally disappointed that audiences didn’t see teenaged Dumbledore and Grindelwald kissing to make it abundantly clear the nature of their relationship.

Rowling and Yates find themselves in a bit of a pickle; on one hand they want to appease social justice warriors and be seen as landing on “the right side of history” while on the other hand they want to maximize the earnings of this and subsequent films. Due to Harry Potter’s very broad appeal including openly gay content could potentially lose them revenue and may impact their film’s MPAA rating skewing it towards an older audience maybe even losing some of their family demographic. Christian families and viewers will want to consider this when approaching The Crimes of Grindelwald and future Harry Potter film projects. With this new film Dumbledore’s gay sexuality moves from a side comment at a public Q&A with the author to a plot point in one of the films—and not a small part of the film either. This character trait becomes the driving force at the heart of this and any future films.

The revelation about the past relationship between Dumbledore and the villain Grindelwald will potentially impact the whole Fantastic Beasts franchise. All the characters in the film are essentially now forced to pick sides in a proxy war between gay ex-lovers who promised not to fight each other: Newt Scamander on the side of Dumbledore and the Magical Establishment versus the ever-evolving character Credence Barebone (Ezra Miller), the tragic lost soul of a villain from Fantastic Beasts and Where to Find Them (2016), on the side of deceptive Grindelwald and a rebellion seeking to overthrow the Magical Establishment and its rules.

The film provides additional social commentary in the form of a prohibition against marriage between Magical people and Muggles, No-Maj's and Can't-Spells (people outside the Magical World). Grindelwald’s revolution promises to do away with this prohibition but at the same time Grindelwald expresses his desire to use non-magical people as simple labourers in an aristocratic world run by Magic over and against the human sciences. The returning characters Queenie Goldstein (Alison Sudol) the mind reading witch, and her boyfriend the affable baker and Newt Scamander’s No-Maj side kick Jacob Kowalski (Dan Fogler), who for reasons of love end up on opposite sides of the conflict, are most obviously impacted by this prohibition. This marriage prohibition, even when the couple are deeply in love, is part of the traditional order within the Harry Potter Universe and could be an analogy to the question of same-sex marriage in today’s world. This circles back on itself suggesting that this same way of thinking in Rowling’s and Yates’ fictional 1920s Harry Potter Universe kept Dumbledore and Grindelwald apart when they were younger, although that is not explicitly stated in the film.

This leads to bigger questions: Is this film about upholding traditional values (the good guys are aligned with them) or is it about bringing social justice to people who are “oppressed” by a system that doesn’t care about their feelings? Or is it just a commentary on the current real-world times that form the backdrop for these films and their audiences? Viewers may well leave this film confused as to what is truly going on. This may be by design; perhaps the only ones who really know are Rowling and Yates.

In the end, the film has a little too much going on and needs a narrower focus. Newt Scamander and his fantastic beasts along with his potential romance with American Auror Tina Goldstein (Katherine Waterston) end up taking a back seat. Much of what the previous film set up is set aside. While it does have some entertaining moments and one or two fun, fantastic beasts like the Zouwu, a gigantic five-coloured elephant-sized cat lifted from Chinese mythology, overall The Crimes of Grindelwald is rather drab and listless, sometimes fun while watching, but kind of dreary and confused upon reflection. Some people find the whole Harry Potter franchise suspicious due to its focus on magic, witches, and wizards. These same people—and now more—have additional reason to take pause as J.K. Rowling appears to have joined those desiring to infuse every story with LGBTQ content. Even if the story’s magical elements are less occult and more make-believe faux-Latin wand-waving, this new content with its implications for the Dumbledore/Grindelwald relationship is more serious. Casual viewers may miss exactly what seeds are being sown as audiences are left to piece it together as they watch.

It seems a losing proposition to attempt to capture the “magic” of a previous franchise with a sequel, prequel or spin-off. Star Wars has struggled with it, as have many others in the current Hollywood frenzy to remake or repurpose every franchise available. After watching two Fantastic Beasts films it appears no amount of hocus-pocus can conjure up the same magic audiences experienced the first time around with the original Harry Potter films and books.

You can also find this article featured in the Canadian Lutheran and the Reporter.