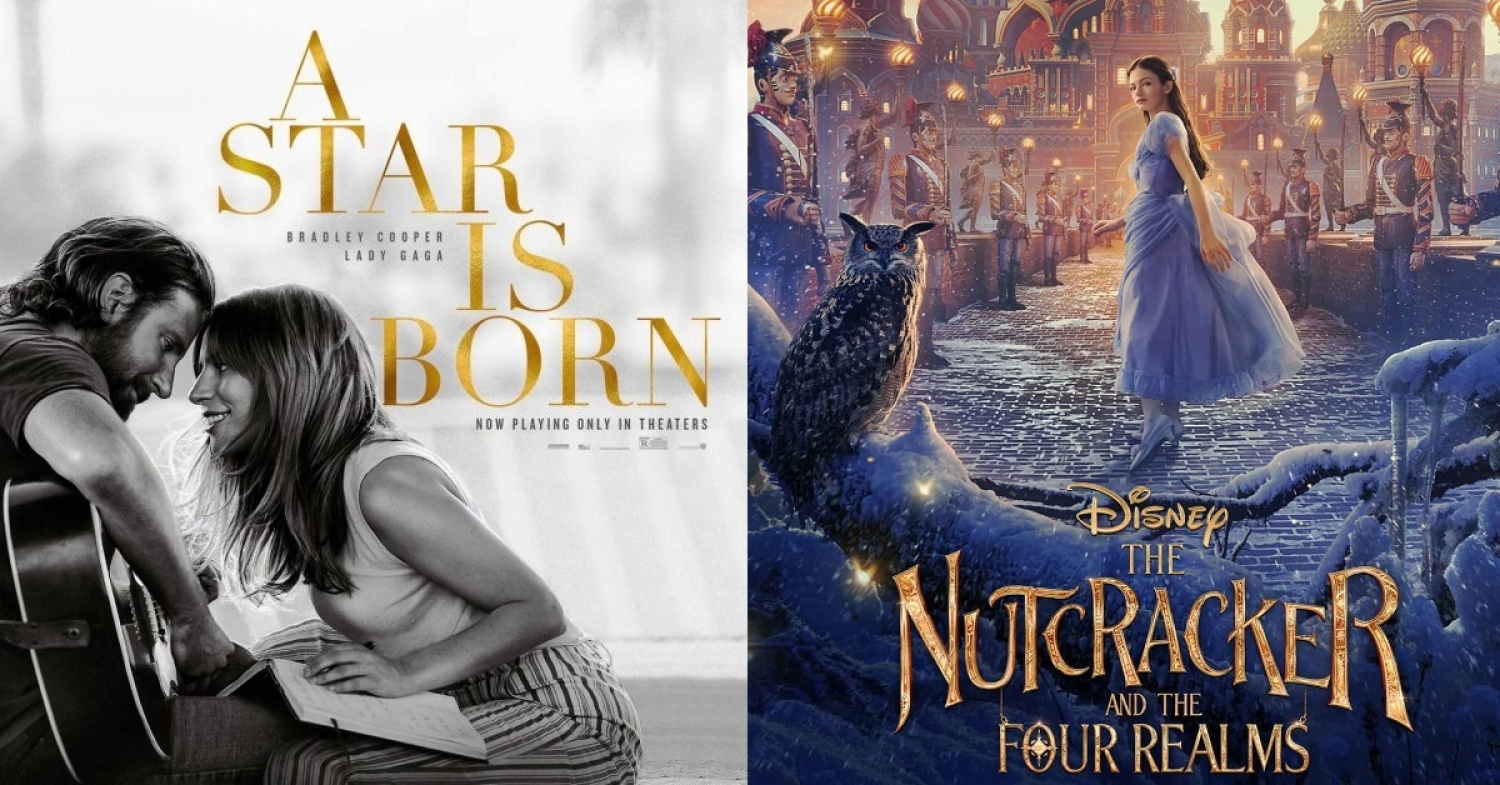 Director: Bradley Cooper, Writers: Eric Roth, Bradley Cooper, Will Fetters, Moss Hart (screenplay by based on the 1954 screenplay by) John Gregory Dunne (based on the 1976 screenplay by) & Joan Didion (based on the 1976 screenplay by) and Frank Pierson (based on the 1976 screenplay by) William A. Wellman and Robert Carson (based on a story by) Stars: Lady Gaga, Bradley Cooper, Sam Elliott, Andrew Dice Clay, Rafi Gavron Run Time: 136 min Rating: 14A (Canada) R (MPAA) for language throughout, some sexuality/nudity and substance abuse
In the first half of this podcast Wilken and Giese talk about A Star is Born (2018) and the three previous versions of the story and their relationship to the new film co-written, directed and acted by Bradley Cooper and staring Lady Gaga as the young up-in-coming singer songwriter Ali. They also talk about the way the film has again taken on the progressive ideas of the time and the way in which the film deals with suicide and alcohol and drug addiction. One point that Giese failed to mention in the interview was the abundant use of swear words, particularly the “F” word, which starts to rival the number of times that word was used in the 1983 Brian De Palma film Scarface with Al Pacino. Click the above link marked “listen” to hear the IssuesEtc interview.

The Nutcracker and the Four Realms (2018)

Directors: Lasse Hallström, Joe Johnston Writers: Ashleigh Powell (story and screenplay by) E.T.A. Hoffmann (suggested by the short story "The Nutcracker and the Mouse King" written by) Marius Petipa (suggested by the "Nutcracker Ballet" by) Stars: Mackenzie Foy, Keira Knightley, Morgan Freeman, Matthew Macfadyen, Helen Mirren, Richard E. Grant, Eugenio Derbez, Run Time: 99 min, Rating: PG (Canada) PG (MPAA) for some mild peril.
In the second half of this podcast Wilken and Giese talk about the general plot of Disney’s new Nutcracker adaptation The Nutcracker and the Four Realms (2018) and the films shift of emphasis from the title character to the character of Clara (Mackenzie Foy) along with the overall post modern approach to this adaptation where the original ballet and short story have been deconstructed and reassembled. They also discuss the general philosophy of the film which is one of self reliance, that all Clara needs is found in herself, that she can be her own hero. Click the above link marked “listen” to hear the IssuesEtc interview
Rev. Ted Giese is lead pastor of Mount Olive Lutheran Church, Regina, Saskatchewan, Canada; a contributor to The Canadian Lutheran, Reporter; and movie reviewer for the “Issues, Etc.” radio program. Follow Pastor Giese on Twitter @RevTedGiese. Check out our Movie Review Index!