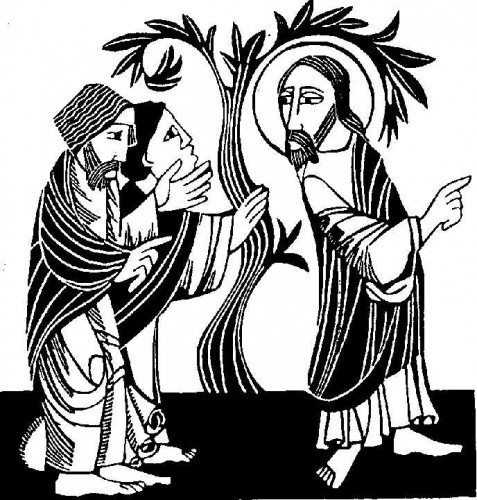 45 Philip found Nathanael and told him, “We have found the one Moses wrote about in the Law, and about whom the prophets also wrote — Jesus of Nazareth, the son of Joseph.” 46 “Nazareth! Can anything good come from there?” Nathanael asked. “Come and see,” said Philip.(N.I.V.)

The first chapter of John's Gospel takes us back to the earliest days of Jesus' ministry. In John, chapter 1, Jesus gathers a group of disciples who would follow him during his ministry. Jesus, as part of His prophetic role, shared God’s word with all who had ears to hear what He had to say. And, after Jesus’ ascension to heaven, his disciples carried the message even further. And now, the modern-day Christian church carries on this long-standing tradition. In John, chapter 1, verse 43, Jesus invited Philip to follow him. Philip, it turns out, was the very first person to be called by Jesus. When you think about it, every Christian is called to a life of faith – and we are called by the Lord Jesus Himself. That call comes through the Holy Spirit – the One who works through God’s Word and the Sacraments and enables us to believe. I pray that God would bless our consideration of his Holy Word this day!

God’s will is that his people grow and mature in their faith. God’s will is that the Christian life be a joyful life of discovery and spiritual growth. In our text this morning, Jesus said to Philip, "Follow me." Philip, in turn, passed along his faith – in this case, to Nathanael. John chapter 1, verse 45 tells us that:

Philip found Nathanael and told him, 'We have found the one Moses wrote about in the Law, and about whom the prophets also wrote...'

Notice carefully what Philip did. When Nathanael expressed doubts about Jesus, Philip didn't argue with him. He didn't try to outwit him or pressure him. He didn't get upset. Philip persisted, for the sake of the Gospel, and for the sake of Nathanael’s eternal salvation. Philip simply said, "Come and see." In other words, “Nathanael, check it out.” Even though Nathanael didn't think anything good could come from Nazareth, Philip said:

"Come and see Jesus for yourself. Then you can make up your mind.”

It was as if Philip was saying,

“I don't want you to get sidetracked with this discussion about Nazareth. Truth be told, it's not the town that's important. It's the person. So come and see for yourself. And then you can personally decide what you think of Jesus."

We live in an increasingly cynical society. A cynic is someone who questions the sincerity of other people’s motives and actions. A lot of people in our world don’t know what to believe any more. Many people honestly feel that the Christian church has nothing to offer them. Many people in our society feel that the Christian church is out of touch and out of date. They feel that it’s too bound up in ceremony and tradition and that it doesn’t speak to the real issues they face every day. Reaching people like this is a major challenge for the church today.

More and more people today, including some inside the church, believe there are no absolute truths. More and more people believe that all things – and even all faiths – are relative. In other words, they believe that all faiths have some of the truth, but that none of them has all of the truth. Many people today believe that all faiths eventually lead to the same God. And so, when we say, as the Scriptures do, that Jesus is the only way to salvation, many are offended. In our text this morning, Philip invited Nathanael to set aside his prejudices and simply “come and see.” Thankfully, Nathanael did as Philip asked. Nathanael was one of those special people who had an open mind. As Philip and Nathanael approached Jesus, you’ll notice that it was Jesus who spoke first. He took one look at Nathanael and said, "Here is a true Israelite, in whom there is nothing false." Jesus knew what kind of person Nathanael was. Nathanael, as the King James Version of the Bible says, was "an Israelite in whom there is no guile." No guile. In other words, Nathanael was sincere. Open to the truth. Willing to learn. He wasn’t the kind of person who says, "Don't confuse me with the facts, because my mind's already made up!"

Jesus was always concerned about the spiritual welfare of those he met. He invited all people to trust and believe in him. He offered them rescue from their sins. Consider the following: A young man applied for a job as an usher at a theater in the mall. The manager asked him, "What would you do in case a fire breaks out?" The young guy answered, "Don't worry about me. I'd get out okay." Illustration Digest (March-April-May, 1993); submitted by Lee Eclov, Lincolnshire, Illinois. It’s obvious that this young fellow didn’t understand the manager’s question. The question wasn’t aimed at him and his safety. The manager was asking about his concern for patrons in the theatre. What would he do for them if a fire broke out? So, let me ask you, what happens when a fire breaks out, spiritually speaking, in someone else’s life? The Lord doesn’t need to worry about us. He’s done what is necessary so that we would are safe. But what about that other person? Would they know what to do? Would they know what God has already done for them, through the life, and death, and resurrection of His Son? That’s why God wants us to share his rescue plan with the world. That’s why He wants us to be part of the process that Jesus began.

I saw you while you were still under the fig tree, before Philip called you.

*** From his study of the Word, Nathanael learned that the Messiah would be a great Prophet, in the tradition of Moses.

*** From his study of the Word, he learned that the Messiah would be a descendant of King David, and an heir to David's throne.

*** Nathanael's studies "under the fig tree" taught him that Jesus would be born of a virgin, in Bethlehem, in Judea.

*** And from his reading of Isaiah’s prophecy, Nathanael came to the realization that that the Messiah would be God’s suffering servant as well as conquering King.

With all that as background, it’s not difficult to understand why it didn’t take long for Nathanael to be convinced that Jesus was truly the Messiah. As the Holy Spirit worked, faith was sparked in Nathanael’s heart. And that faith would burn brightly for the rest of his life. Nathanael then said to Jesus, and these words are very significant:

“You are the King of Israel."

Jesus told Nathanael that he would see much more in the future. He would see heaven opened. In other words, Nathanael would see how Jesus' ministry would remove the barrier that stood between God and humankind – the veil between heaven and earth. Jesus told Nathanael that he would "see the angels ascending and descending on the Son of Man." Angels are messengers from God. In the future, Nathanael would hear God's word delivered from heaven – through Jesus – and then through His disciples, and later on, through the Christian church. And Nathanael would hear the prayers of the saints ascend upward on their way to heaven.

As was his custom, Jesus took the initiative in our text this morning. He first reached out to Philip with a gracious invitation: "Follow me." Philip, then, in turn, reached out to Nathanael, saying, "Come and see." And now, in our day, we – like Philip – do the same. We invite others to "come and see Jesus." You know, experts tell us that the fastest-growing churches in North America are the so-called "evangelical" churches. In other words, the fastest-growing churches are Bible-centered churches that work hard to fulfill the Great Commission by reaching out with the message of Jesus. By the Holy Spirit’s enabling, growing churches do their best to put the message into a form that people can understand. And, by God’s grace and the power of his Word, people do respond. Here at Mount Olive, we continually invite people to “come and see” and then we let God do the rest.

What Nathanael said was absolutely true. Jesus was, indeed, and is, the Son of God. He was, most certainly, and remains, equal to the Father. He was, and He remains, Israel's true King. Consider the timing of Nathanael’s statement: All this took place at the very beginning of Jesus' ministry. None of Jesus’ miracles had yet taken place. And yet, from his knowledge of the Scriptures – from his time of learning “under the fig tree,” Nathanael already knew a lot about the Messiah. And what he had learned matched perfectly with the Man standing before him. Nathanael’s confession of faith – like that of the Apostle Peter, later in Jesus’ ministry – is an inspiration to all of us.

Here’s a critical insight: Like Nathanael, growing churches, and growing Christians, spend quality time "under the fig tree.”In other words, growing churches, and growing Christians, spend time – in worship and in classrooms, and at home, learning the Scriptures. Christians proclaim Jesus Christ the Son of God, the King of Israel. They tell all who have ears to hear that Jesus died on a cross to forgive sins and rose from the dead for our justification.     Philip did something else that’s important in outreach – something that we need to do as well. He allowed Nathanael to express his doubts.

“What good could ever come from there?"

You’ll notice, as I pointed out earlier, that Philip didn't argue with Nathanael about the virtues of Nazareth. He didn't allow himself – or Nathanael – to be distracted by that red herring. He simply said to Nathanael, "Come and see..."When we reach out, we invite people to...

*** Come and hear our Lord’s teachings.

*** Come and receive His word.

Something we have done here at Mount Olive from time to time is to hold "Friendship Sundays." On those days, our members make a special effort to invite a friend to worship with them. In other words, our members set out to do what Philip was doing in our text this morning. They invite friends to "come and see." Did you know that research has shown that approximately 80% of those who join a church – 8 out of 10! – join because a friend or a relative invited them? Think about it this way. Our friends and relatives know us. They know whether our faith makes a difference in our lives or not. If our faith does have a positive impact, our friends will see it, and there’s a good chance, as the Holy Spirit works in their hearts, that they'll be more open to learning more about it.

With these thoughts in mind, I pray that God would enable us to be like Nathanael. May we be open-minded, willing to be convinced by the truth, and sincere, living a life of integrity. May God remind us that Jesus has forgiven us, that he daily enriches our lives, and that He enables us to reach out to a world that desperately needs to meet the Savior. Amen.

Let's Pray: Dear Heavenly Father – Enable us be like Nathanael – sincere, open-minded, individuals in whom there is no guile. Open our minds to your truth. Teach us and guide us by your Word. Help us to leave our prejudices behind and to follow you, wherever you might lead. In this year of 2015, encourage us to reach out and invite others to "come and see Jesus." In his most holy and precious name we pray. Amen. 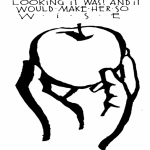 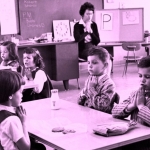 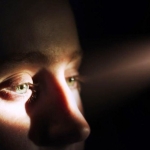