So you like movies? Here's a list of 10 movies that deal with lying and telling the truth. Listen to Pastors Ted Giese and Craig Donofrio talk about their picks on the Reformation Rush Hour program on KFUOam radio. Also these 2 lists of 5 movies are not necessarily always going to be recommendations, generally speaking this is a conversation about movies that delve into the topic of the 8th Commandment as found in Luther's Small Catechism, many/most of these movies are not salutary or beneficial.

Watch the film trailers and film clips for these 2 lists of 5 movies here and click here to listen to Donofrio and Giese's conversation about these films. The whole hour is dedicated to the 8th Commandment and the movies.

You shall not give false testimony against your neighbour. What does this mean? We should fear and love God so that we do not tell lies about our neighbour, betray him, slander him, hurt his reputation, but defend him, speak well of him and explain everything in the kindest way. Get the app! Get the book!

First up for Giese is The Invention of Lying. The movie imagines a world in which no one has ever lied about anything - life isn't really all that better in the movie because of this, rather it's still awkward and uncomfortable because every other aspect of life is still touched by the fall into sin. The central character Mark Bellison (Ricky Gervais) discovers how to lie and what follows is mostly played for laughs but under the surface Ricky Gervais the writer, director and central actor of the film does delve into his own ideas about religion and faith. The Invention of Lying takes square aim at the Judeo-Christian ethic specifically.

The second clip from the movie is where it takes a very dark turn - The film is suggesting that the promise of eternal life is a lie. This is not what the Christian believes. In fact when it comes to knowing the truth Christians go to the Bible and in the Bible there are very real promises of eternal life in Christ Jesus. An Atheist may think Scripture to be a lie yet for the Christian the promises of Christ are their hope. In 1 Corinthians 15:17-20 St. Paul says,

Giese's second pick is Doubt a fictional drama about a Roman Catholic School set in 1964 in the Bronx. St. Nicholas School has a friendly priest, Father Flynn (Philip Seymour Hoffman) who the school's principle Sister Aloysius Beauvier (Meryl Streep) accuses of sexually abusing a student. The movie is about doubt and certainty in the midst of explosive accusations which put peoples reputations on the line. The mystery of the film is whether Sister Aloysius Beauvier is correct in her accusations or whether Father Flynn is innocent. By the end of the film Sister Aloysius Beauvier is shown to be riddled with doubt about more than just the situation at hand.

The second video clip from the movie shows Father Flynn's sermon illustration about gossips. It's a great illustration, however sadly there is no gospel in his sermon - which is regularly the case in movie sermons. When the feathers are on the four winds and there looks like there is no hope it is Jesus who forgives even the gossip and the liar.

Giese's fourth pick is The Crucible a film based on the Arthur Miller play of the same name. In the film Daniel Day-Lewis plays John Proctor a man falsely accused of witchcraft during the Salem Massachusetts witch trials of 1692. In the end when given an opportunity to confess to being a witch in exchange for a none-lethal punishment Proctor refuses to bear false witness about himself to spare his life and instead goes to his death with a clear conscious. Amongst other things The Crucible deals with the question of whether a person should lie about themselves to save their life.

Giese's forth pick is the film Witness where a police officer, John Book (Harrison Ford), is charged with the task of protecting a young Amish boy (Lukas Haas) who has witnessed a murder. By protecting the boy and the boy's mother (Kelly McGillis) in Amish country from the men who perpetrated the murder John Book fulfills the 8th Commandment by ensuring that the truth will in the end come to light and true testimony can be given in the court of law. The men trying to track down and kill the boy are hoping to have the truth die with the boy and in essence create a false testimony with the absence of the true testimony.

Just for fun the second clip shows a memorable scene from the movie where Sam Cook's "What a Wonderful World" is used in the film. A little something for you pietists out there her father comes in and gets mad at them for listening to the radio and dancing ... ok he might also be worried that the handsome Harrison Ford is hitting on his daughter so we'll give him points there, really he just defending her reputation amongst the Amish community which is part of keeping the 8th Commandment.

Rolling into number One Giese's five pick is To Kill a Mocking Bird, based on the book by Harper Lee, in the film the character of Atticus Finch (Gregory Peck) defends the good reputation of Tom Robinson (Brock Peters) a man accused of rape in Maycomb Alabama during the Great Depression. Tom's situation is complicated because of the racism of the people of the community. Giese and Donofrio talk a little bit about that aspect of the film. Like in A Few Good Men To Kill a Mocking Bird finds some of its best scenes unfolding in the court room, a logical place for the defence of a man's reputation, the second clip shows one of those court room speeches:

Both the book and the film capitalize on a Scriptural allusion where a Biblical character is also accused of raping his employers wife. Feel free to listen to this recording of Chapter 39 of the Book of Genesis which details Joseph's time in Egypt, working for Potiphar an officer and the captain of the guard for Pharaoh, and his experience with Potiphar's wife and the accusation that followed.

First up for Craig is A Few Good Men a movie with this super memorable courtroom exchange:

Kaffee: *I want the truth!*

Listen here to an extended radio edit of the audio from the court room scene that the above dialogue is taken from. Tom Cruise plays Lt. Kaffee and Jake Nicholson plays Col. Jessep. The film deals with a military cover-up which at its root is covering up just how a soldier died, Lt. Kaffee wants the truth to come to light for all to see. A Few Good Men  is a movie that asks the viewer: "When it comes to personal safety do you want the government to tell lies or the truth as they work to keep you safe?"

Second up for Craig is Braveheart a movie that includes an epic betrayal. The scene Craig has chosen to look at (the second video clip) in connection to this epic betrayal is the scene where Robert the Bruce (Angus Macfadyen) gives his confession of guilt over the betrayal of William Wallace (Mel Gibson) to his scheming leprous father (Ian Bannen). His father provides a very worldly response to Roberts guilt which is to say don't feel bad everyone betrays in order to get ahead. Robert is repentant and doesn't take comfort in his father's bad advice.

In the 8th Commandment the Christian is charged with the protection of their neighbours reputation and to refrain from betraying their neighbour, Robert the Bruce is guilty of just such a betrayal but he wants to do better. Braveheart is an epic Oscar Award winning film the first clip is the movies trailer.

Third up for Craig a movie about a lie that gets out of hand. In this animated film Johnny Depp plays Rango an ordinary chameleon who lies his way into becoming the sheriff of a town called Dirt. His tall tale ends him up in a heap of trouble and because this is Hollywood Rango ends up inadvertently saving the day even though he is not the hero that he'd made himself out to be. The truth is that real life frequently isn't like Hollywood and telling tall tales about oneself rarely ends up going well and even when it does it still breaks the 8th Commandment.

Fourth up for Craig a movie about the circle of trust, how telling the truth is the best policy, In the above scene Greg Focker (Ben Stiller) has to explain himself after giving his fiancée's father (Robert De Niro) the impression that he grew up on a farm when he hadn't. The whole awkward conversation could have been avoided if Focker had simply told the truth instead of a half truth in order to impress his future father-in law. While talking about the film Giese and Donofrio make the comment that many future father-in-laws would love to hook their daughter's fiancé up to a lie detector.

Fifth up, Craig's number one is Easy A where a high school girl throws her reputation under the buss and pretends to lose her virginity to protect her gay friend from being bullied at school. In the end after gaining a big reputation for being "easy" she reveals that it was all just a lie to protect her friend. Craig notes that the Christians in Easy A are not portrayed well. The whole film is a bit of a clever twist on the book The Scarlet Letter by Nathaniel Hawthorne. Donofrio ended up seeing this film when he got three free months of HBO after movie the St. Lois MO.

In the Honourable mentions category Donofrio gave two good ones The Truman Show and Liar Liar - Giese blanked but if he had a do-over he'd have said Pinocchio!

For current movie reviews of films in the theatre right now by Pastor Ted Giese check out IssuesEtc.org, Where Christianity Meets Culture IssuesEtc! 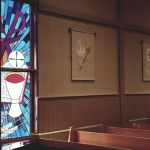 All inclusive and all exclusive / Pr. Lucas Andre Albrecht / Sunday 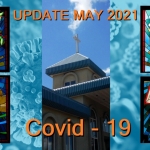