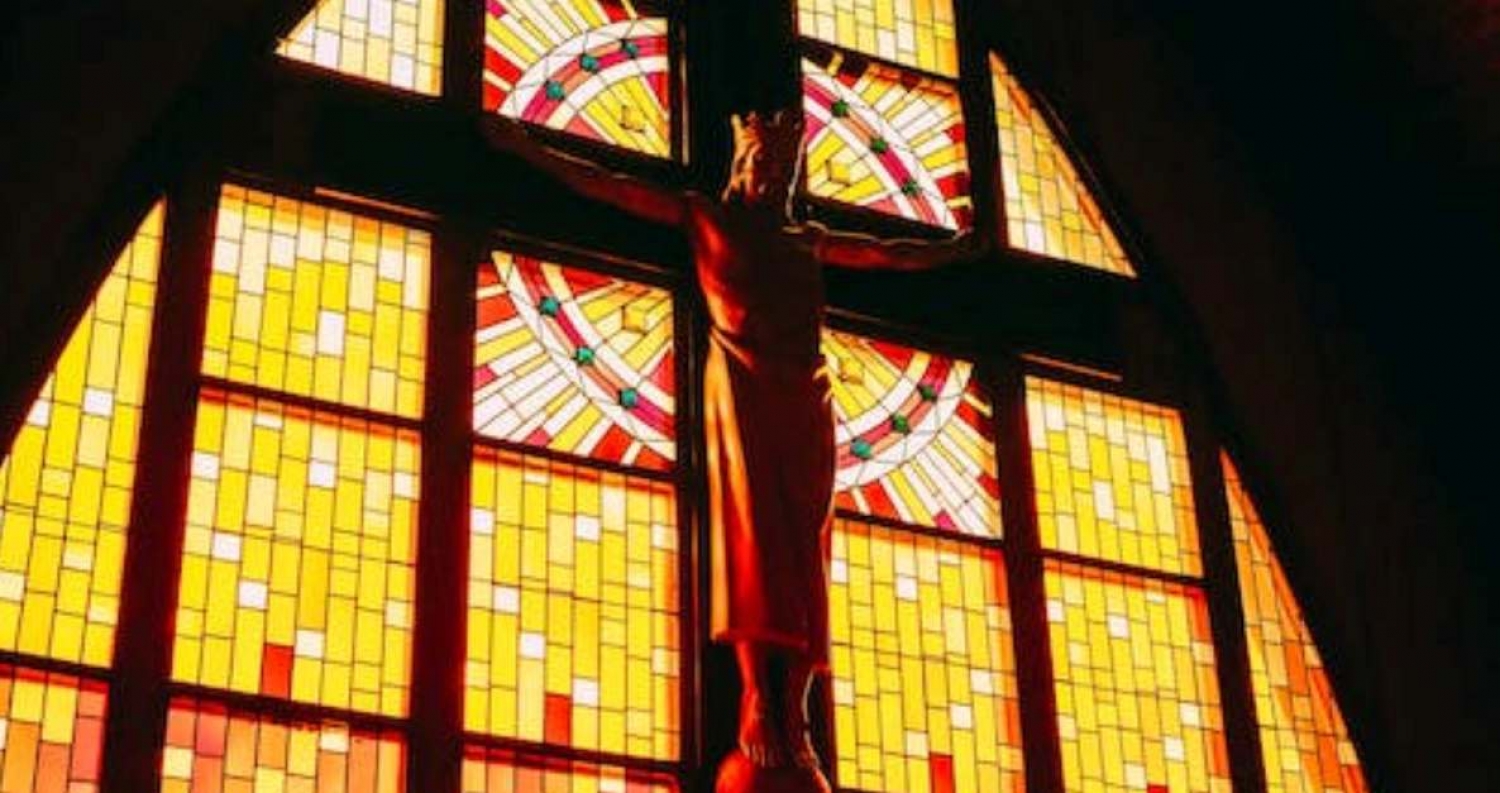 Text: Colossians 1:13-20
Theme: “Worship the king”
___________________________
Intr – It’s a Grey Cup game and your favourite team is down the field, striving to score the touchdown. That much-needed score that would give your team the lead and increase tranquility for the minutes of the 4th quarter ahead. You are in the stadium, accompanied by a friend that, inasmuch they like the spectacle and enjoy the game, they don’t really understand much all the frenzy around it. Perhaps it is a friend from Brazil? I don’t know. The fact is that the quarter back has the ball and sees the wide receiver completely open. He fires the pass; the ball travels in a flawless trajectory, generating a spectacular catch a few feet from the end zone. The wide receiver runs with it, dodges three defense line men, and crosses the line to score 6 points. The stadium explodes in cheering, in a wave of energy that football fans know well.

While this is happening, you turn to you friend and explain what happened on the play. He doesn’t understand it too well. You explain more. Still difficult, he doesn’t seem to capture the rapture. He argues that is crazy to think that a ball flying in the air and then a person running with it towards the end of the field can generate such a huge emotional reaction.

That’s when you give up explaining and start jumping, joining the crowd in the joyous, ecstatic feeling of joy that a mere field, a ball and 24 players fighting for it can’t account for. For there’s more to it. There is something beyond the eyes in the entire environment, making the whole more than the sum of the parts. Sometimes you explain things. Sometimes you discuss things. But sometimes, you just enjoy things you know are for real in your life. You get into the emotion and vibration of the moment and let the enchantment of the moment surpass a mere dry reading of facts.

The epistle for today is not about football. It’s about sometime a thousand times superior. In reality, above anything and everything. It is a hymn about the Universe and its creator. It is a song about the One who has the preeminence over all things. It is about the Immortal King who made himself a subject, to the point of death, even death on a cross, so that now He is highly exalted and every knee should bow before him. Jesus. Now what Paul is doing here is simply this: he celebrates the wondrous mystery, and reality, of the essence of our Christian Faith.

You know, there are occasions in which Paul explains things to his Christians hearers, like in Galatians. Sometimes he discusses and argues with them, like in the letters to the Corinthians. But here, things are different. He is not discussing, he is not explaining. He is just worshipping.[1] He is extolling and exalting the King of Kings, the Word through which the World was created, the one who deserves worship above anything else.

This is very fitting for today, as the Church dedicates the last Sunday of the Church Year to celebrate Jesus as the King. Perhaps it could be Sunday then in which we wouldn’t discuss much. We won’t explain much. Perhaps we would set them aside for today, and take our time to worship, to sit as his feet and bask in the Glory of His Love, Light and Learning. We can bow our knees before the King and, in a World of “what can’t be measurable doesn’t exist”, we will boldly jump in joy and celebration for all that our eyes of faith see, way beyond any dissection of the parts of it can explain.

When we talk about a King, as a nation in the commonwealth we are very much aware, perhaps more than ever, of the figure of the King. Our King Charles will be crowned in the spring. What are the homages, respects, and all the ceremonies we do to celebrate the moment? Now think about the king of kings. What an explosion of joy we have before the throne of the King who reigns forever, and yet made himself one of us. The king who came to live among his subjects.

Why is he worthy of worship? Paul is not on the thrift side about it.

_”He has delivered us from the domain of darkness and transferred us to the kingdom of his beloved Son, in whom we have redemption, the forgiveness of sins”.  – If you want to redress with a good meaning a word that doesn’t sound good in our ears, here’s and opportunity. You can think differently about metastasis. Usually we think about cancer and its sad effects, when cells are transported from one part of the body to another. However, metastasis is used here in Greek, and is translated as Transfer, or Transport. God has transported us from the domain of darkness, where sin is a mortal disease, into the kingdom of our King - His beloved Son. This is a whole beautiful meaning to a bad sounding word, just like our life receives new meaning as our lives, wretched by sin and death, are transported to His Kingdom.

_”He is the image of the invisible God, the firstborn of all creation. For by him all things were created, in heaven and on earth, visible and invisible, whether thrones or dominions or rulers or authorities”—all things were created through him and for him. God as a face: Christ. If you want to see God, you look to Christ.

-“And he is before all things, and in him all things hold together.”
Creation. The Universe. Our World. Everything exists through the Him. Your life is not just a random sequence of events, nor just bchance or serendipity. Your life is not and evolutionary accident. He gave you life, and He holds all things together in your life too.

-“He is the beginning, the firstborn from the dead, that in everything he might be preeminent” – He killed death, so now we don’t need to fear it anymore. There is life before death. And there is life after death too.

-“For in him all the fullness of God was pleased to dwell, and through him to reconcile to himself all things, whether on earth or in heaven, making peace by the blood of his cross.”  – Not just a good man, a Master, a teacher, or someone who sowed Good things. He is all of this, and more, but first and foremost, He is the very God who dies on the Cross for us.

And you thought that a touchdown on a Grey Cup game would be reason for an explosion of joy and fulfillment!... See how many reasons for joy, celebration, and worship Paul has packed here in just several verses!

That is why we see a Good Friday text on a Last Sunday of the Church Service. The King of Kings was subject to the Cross so that we may belong to Him, and we may all may receive our crown.

How is this? Do we also have a crown? Yes, we do. The Bible talks about five different types of crowns that, as children of God redeemed by the King of Kings, are or will be placed in our heads. the Crown of Life; the Incorruptible Crown; the Crown of Righteousness; the Crown of Glory; and the Crown of Exultation.  Each of them has a specific context in the Bible, but they all point to the work of the King in our Place, and the gifts he bestows on us. If I could use one passage to sum them all up, I would look to Psalm 103: ‘Bless the Lord, O my soul, and all that is within me, bless his holy name! 2  Bless the Lord, O my soul, and forget not all his benefits, 3  who forgives all your iniquity, who heals all your diseases, 4  who redeems your life from the pit, who crowns you with steadfast love and mercy, 5  who satisfies you with good so that your youth is renewed like the eagle’s."

Now, notice that the word “Crown” in Greek is “Stephanos”. There is a strong connection with Stephen, the first martyr of the Church. Life with Christ is not always connected to bliss and enjoyment, humanly speaking. There are fails and fumbles, losses, and bitter losses. In all these things though, we have the one who holds all things together, He will hold you as well. That’s why you can carry on in life worshipping Him constantly. It may be here, it may be at home, it may be everywhere and anywhere we go reflecting His light.

Now, people around you not always will understand you joy and celebration you have in the presence of Christ. That’s fine. Sometimes you will explain. Sometimes you will argue and discuss. But you know, sometimes all you will do is to worship him. Just bear witness to him. Just point to the things you know hold true from the Word of God and that make all the difference in the World of your life.

Some authors refer to “seeing more than meets the eye” as enchantment. It does not relate to Disney or anything mythical; it is a counter point to a disenchanted world, especially of people who become “disenchanted” with religion and Christian faith. By disenchanted I mean a materialistic world, where the supernatural is excluded. God is not a part of the World and is not even welcome in it. Everything must be dissected and explained to the rational mind. Baptism:” Just water and a baby. Holy Communion? Just a piece of bread and wine to people kneeling in a wooden rail. Prayers? Wishful thinking to an imaginary friend.”And so on

As a Christian, you are swimming upstream, for your world is enchanted. That means, you see more than the eyes see. You see the King, the Saviour, the one who holds all things together. God belongs in the World and in your world. You see Creation, Redemption and Sanctification. Back to the analogy, life is not just 24 guys piling up on the turf fighting for an oval object. There’s more to it. Life is not just eating and drinking, and then dying. There is so much more to it, and sometimes all you want to do, all you will do, is to join St Paul in worshipping the One who transported from the darkness to his kingdom of life.

Cc – “[The King] crowns you with steadfast love and mercy”. He strengthens us, He saves us. Our life has learning, discussing, explaining. But our life is also filled with worship, dwelling under the shadow of Te King’s Precious Grace. He passes into your life the love and mercy you need. As you receive this pass, keep running. Run towards the end line and touch up. What you will see then and there no human explosion of joy and celebration will ever be able to match.