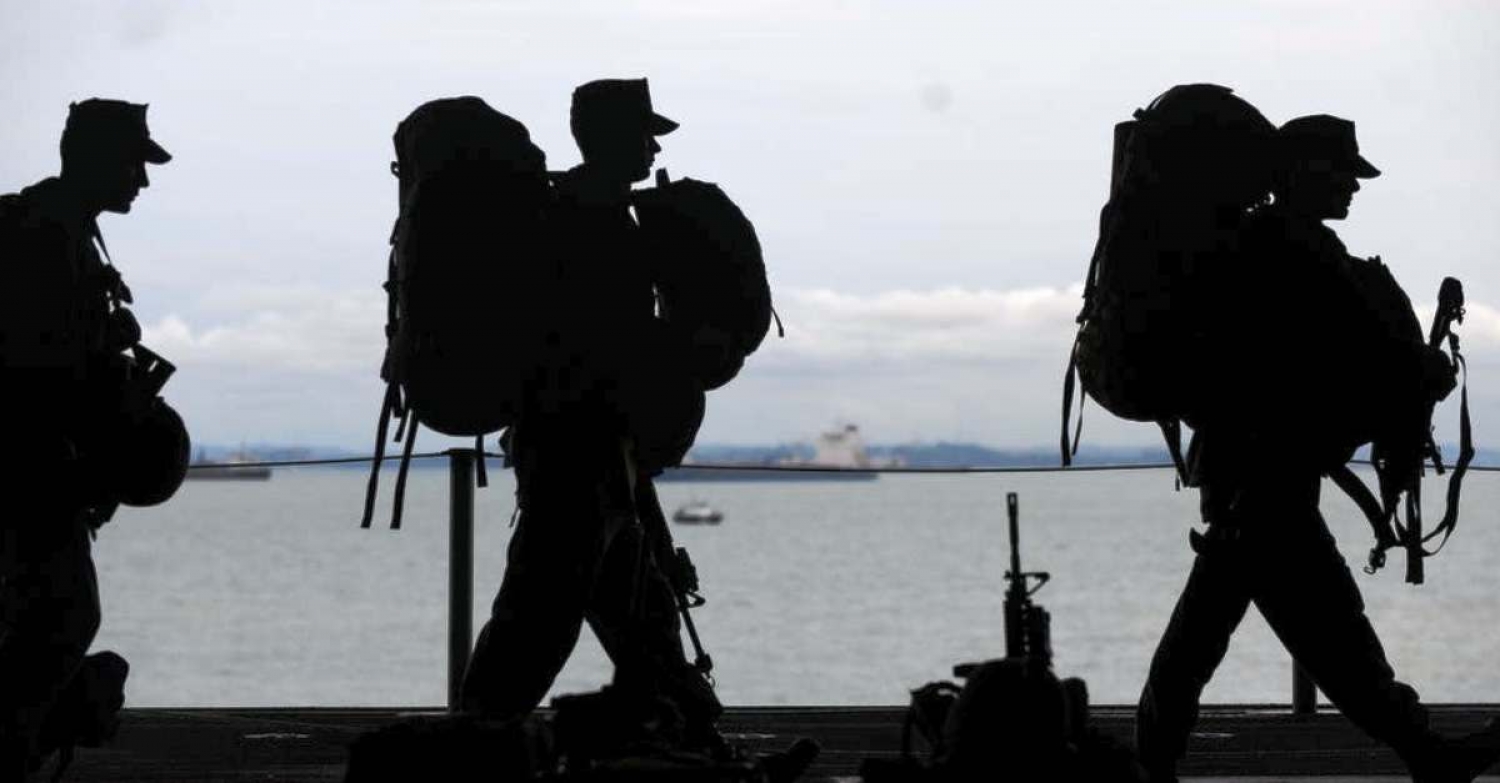 First of all, this war only makes sense if we affirm sin is a reality, undeniable reality. Every time humans try to deny it, they come to the same end. Even great ideologies that thought they could build a perfect world of equality, were equal in one things – terror and death.

Sin is so clearly taught in the Bible that we can see it even in babies. The wages of sin is death. If a baby weren’t a sinner, the

In Christ. Today we celebrate Jesus’ Baptism, We see the official start of Jesus’ His Mission – to kill sin and death and to open to us the Heaven through the action of the Holy Spirit in our own Baptism and Conversion. Here we see that the war was becoming fiercer, and that’s one of the reasons we see so many demonic possessions around Jesus, devil’s activity etc. If the devil thought it could have a shot in winning the war that was the moment.

We know it couldn’t. We know that Jesus won the victory for us.

The battles go on though. In our daily life the war on sin is a constant reality. We wage war on sin every day, We are saved. But we are sinners, so the fight never ceases until our last breath. IN Baptism we were directed to death and in death,to life, so we need to come to it in the order which as been prescribed.

In this context, there are basically three kinds of people[1] and here’s their reaction to it:

_No! – I don’t want to go into a death like this – to die to the world and to live for Christ.

_Ok…those who endure it but with great difficulty and groaning

_Yes! – those who enter this death with joy.

It is a war though. As hard as a war can be.

And why do we fight this war? to destroy the body of sin, says ST. Paul. It means “to break the lists of the flesh and of the old man by works of penitence and the cross and this do diminish them day bud au and to put them to death, as Colossians 3:5 tells us: “Put to death therefore what is earthly on you”. In fact in this same passage he most Cleary described both the new and the old man.”[2]

This brings us to the Good sin. Did you know there is a kind of sin that is very good? It is called sin of sin. It happens when “we act against the law of sin and transgress the law o the members, sinning against the lusts of the flesh. Just as the the death of death means to act against death, which is the same thing as life, so the sin of sin is righteousness. We do it in order that the spirit transgress the law of the flesh, which is better that the flesh acting according to its own law.”[3] But yes, it is also a play on words not to say that sin can be good; it means that sining against sin is actually doing the will of God. Like when the Bible says that Christ took captive the captivity = freedom. Or when he kill death – which means to bring life.

For that purpose we need to be filled by what God offers- content, substance, and strength - it will not easy for every wind of doctrine and false ideas to whirl us around.

Against us in our war on sin is the Old Adam, but also the World. Resisting sin is not easy in itself, let alone when it includes going against the flow in many ways in our day. Let me give you an example, a text I read online sometime ago about self-control. The title of the article was “The myth of self-control”. Listen to some parts of it: “As the Bible tells it, the first crime committed was a lapse of self-control. Eve was forbidden from tasting the fruit on the tree of knowledge. But the temptation was too much. The fruit was just so “pleasing to the eye, and also desirable for gaining wisdom,” Genesis reads.  The takeaway from this story was clear: when temptation overcomes willpower, it’s a moral failing, worthy of punishment. Modern-day psychologists might not blame Eve for her errant ways at all. Because what’s true today was also true at the beginning of time (regardless of what story you believe in): Human beings are horrible at resisting temptation.” Another excerpt: “Several researchers I spoke to are making a strong case that we shouldn’t feel so bad when we fall for temptations.” And on it goes.

Now, when it comes to sciences that study mind and behaviour, we are happy for many helpful advancements in those areas. But we are also very careful about what we read and follow, as becomes clear from this report - and other examples.[4] There are many ways in which winds of false doctrine may come disguised as helpful counseling for life, from many areas in human sciences, blowing content inside our hearts. And if we leave room for it, there is no doubt it will find a cozy place to remain there. Old self is fond of this type of relationship.

IN this war, we need less I and more YOU.

- You can - through me
- You give me everything - so I can live;
- You strengthen me - so that I can continue;
- Baptism - God fills us with grace.

He fulfills our being with the solid content of His Word and Grace, enabling us to resist temptation. We will call temptation what is – wrong. And we will point to His forgiveness for every situation in any of us falls for them.

What is the difficulty you need to be carrying on at this time? What is the burden that weighs on your shoulders, on your soul? What is the temptation that keeps knocking at your door? Do not waste yourself away trying to trust yourself, and to carry the wrong content around. Deplete it, drain it out, clear it totally in the arms of the Father. He will give us a heart filled with the good things He gives us, all the time.

Also, if you are moving from a place of temptation so it doesn’t find you anymore, don’t leave a forward address. Also, as we resist temptation is tempting to think we can somehow manage our dark side and our Achilles heel. It’s there, in a corner of your life, but it won’t hurt you. But “You cannot have a clean garden if you always leave a little corner for the weeds”. War against sin means Law and Gospel in daily life to resist it altogether, resisting sin and relying on God.

In Christ we have the solid content of His Word and Grace to fight, stand, remain firm, carry on.

Cc – War on sin. It is a daily war. But the defeat of sin and death? That is a won war. Jesus did on His Cross. We receive it in Word and Sacraments. We are feed but it to wage war on sin. We will be carried by them all the way to the last battle, where the victory already is awaiting for us.

Source of the image: https://www.pexels.com/