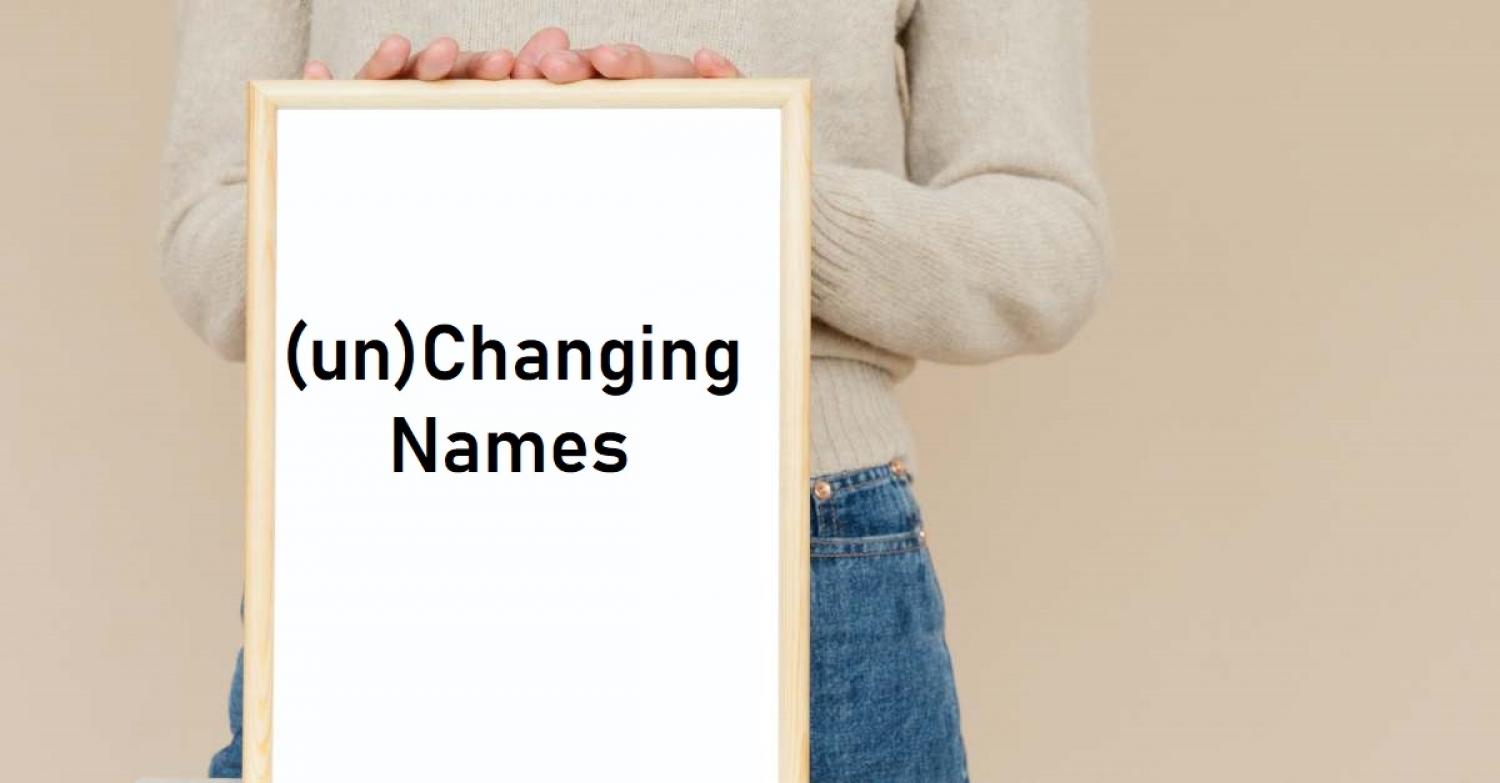 Intr – Have you ever thought of changing your name?

Some people have done that; others go by the middle name to avoid using their given name. Some people have nicknames by which they are known better. I remember in my times back in Seminary that there were some students whose nicknames were so stuck to them that I would have a hard time to identify them by hearing their actual name. The Duck, The Goose, Goliath, Father Abraham, Pop Corn -  just to mention a few. Only when the nick sounded I would go “oh, that is the guy you’re talking about!”

Would you officially change the name by which you go? If that is a decision hard enough to make, what about someone else doing that for you? I’m pretty sure you’d only allow this if you trusted that person fully and completely.

_In the Old Testament reading we see God changing Abram’s name. From a more “generic” one, Abram (Exalted Father)to one with a specific meaning(Abraham – The Father of many nations). Even Sarai has her name changed as well: from Sarai to Sarah – Princess.
That name change happens to mark an unchangeable promise: Abraham would be the Father of many nations – and from His Offspring would come the Name before which every knee will bow.

_In the Gospel for today we also something about name change. In the hearsay of the people, Jesus has his name changed. Elijah, John the Baptist risen from the dead, or one of the prophets. Different possibilities are vented according to the facts people were witnessing. That is another thing that names can do, sometimes the name describes the person’s life. Other times, the person’s life and acts lead people to attribute him/her a name.

_In Romans 5, Paul highlights a change of name that happened to us Christians:
_From FOES(Enemies) to FRIENDS
_From lost to SAVED
_From unchristian to CHRISTIAN
That name change happened when we were still foes, not as we had already become Friends – which points to the love deeper that no other that Christ has for us as he gave Hislife for the worst people – us. We were corrupted by sin, now we are saved by Grace. This happened in our Baptism – our Baptism name!

Every time we have an emotion, a feeling or a circumstance in life, we feel the need to name it. It is helpful for sure, because putting words to our thoughts and feelings may help us in the way of coping with the situation, like grief, melancholy or anger.

We can go ahead and name the problem. But don’t forget to name the solution. Don’t hide it behind generic names. “Self help”, “positiveness”. You know the name. Say it. Praise it. Pray to Him. Trust Him. Be with Him. It is no magical solution, it is permanent solution. Permanent because our lives become permanently attached to the Name that has Power, Has Grace and Has love.

But God never changes. Iahweh. I am who I am. His name is the same forever. That is our guarantee, our security and our peace. Above Jesus’ head on the cross Pilate wanted to change His name – to mock Him and His people -, but in a fortunate inconsequence he was right. INRI. Only that he is not the king of the Jews only, but of every other name of nation, people and tribe under the earth. The Son of God, the King of Kings and the Friend we have by faith. All those names assure your heart of the blessings that flow from Him.

Now there are times when God allow us to bear different nicknames according to our circumstance in life, in order to adjust our expectations to his provision. Some of them could include:
-Patience bearer
-Character molded
-Proclaimer of Good news
-Pastor, Teacher, Professor, doctor….
-Father/Mother/son/daughter
-Pacifier
And so on,

And we shouldn’t think though that it is ever too early or too late for Him to allow that. Think of little Samuel, who before he was 15 heard the voice of the Lord speaking directly to Him. Think about Abraham, of whose life we hardly know anything before he was around 75 years old. That’s when God changed His name, and that’s when he started to become the Abraham we know, the father of Israel, ancestor of Christ. It is never too early or too late to be ready to have your name changed by God to go and do His will.

Will we always like these name changes? Not at all. We grumble and rumble many times when our plans clash with God’s design. Here we should remember Abraham’s position. We shouldn’t think lightly of this name changing matter, and of Abraham’s obedience to God’s will. He had built a name for himself for over 7 decades in Ur, the city in Chaldea. Now, he goes out from a meeting with God, which many could think would have been a dream of an old, silly man, and accepts to have his name changed. Most people fight their skin off to preserve their name, and Abraham just like that wear on a new one. On top of that, he was uprooted from his city and his people to go to a foreign land because sometime in a distant future God would do something out of that. Why did He accept that?

He accepted that only because He trusted the One who was doing the changes.

In all the changes you have to go in life, trust the one guiding your steps. Not everything that happens is His will – for the devil, the world and our flesh inflict on us many and hard wound. Not everything of God’s will but everything is inside God’s will.

Remember thoughthat in all of these moments there are two names that never change:

Cc – His name never changes. So that our lives, renamed after Christ in Baptism, may be lived in full: namely, in Him. That’s why we can conclude this sermon in the name of the Father, of the Son and of the Holy Spirit. And since know that in Christ we always say at the end of everything “So be it”, we scramble the letter of the word name to conclude: AMEN.

Source of the image: https://www.pexels.com/photo/wood-fashion-man-person-6801195/