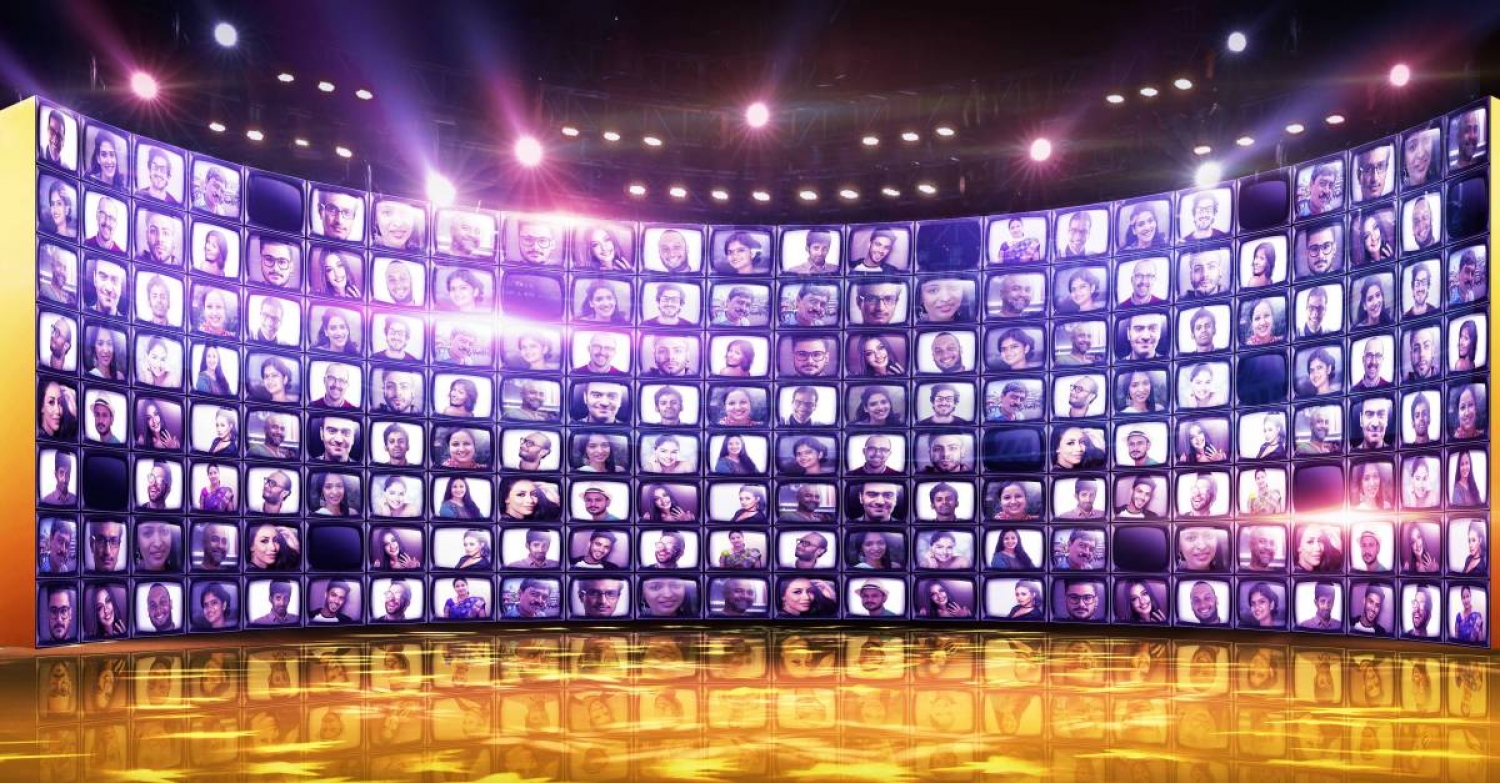 Text: Mark 10:32-45
Theme: to Serve[1]
___________________________
Intr – I don’t know how familiar you are with TV reality shows like “Big Brother”. In a nutshell: they work with the idea of people living in a certain space  - in the case of BB, a house – where the pre-selected participants play against each other in order to win a prize.[2] Usually, the weapons used in the weekly battles - even though it is common to hear from them those mantras we know,  “I appreciate honesty, sincerity and character...” - are gossip, intrigue, lies, manipulation and the like. Sometimes, even brawls and fights.  The objective is to make people be interested in watching it, so that they’d vote for the elimination of other contestants from the house, so you can remain there until the end to take the big money home.

My suggestion though would be that a TV channel would undertake the mission of airing a program called “The Good Brother”. It would be a competition held in house with all the participants forming only one team. In this competition, the winner would be the one who shows the greatest amount of helping, speaking well about the others, respecting them, asking forgiveness. Bottom line: the one who would be willing to be the greatest servant. Or even better, maybe all of the participants would be declared winners if they’d work together in a servant spirit. How would the TV ratings for that show look like?

Not good, I’m sure. And I think they perhaps would be stuck there forever.

Because, since when would serving, being kind, asking for forgiveness be a big booster of TV ratings? Never heard of that. What we know is that ratings are always high – not only on TV, but even in the neighbourhood, when the rule is to have a look over the fence, whether real or virtual, of our neighbours, trying to spot their mistakes, problems and inconsistencies. Exposing them would also be an option, sometimes under a well-dressed politeness. Which in the end is all about feeling less miserable, lonely and melancholic when we feel that others are brought down to that same situation we might be enduring.

James and John never participated in a Big Brother, as far as I know, but they were brothers who came up with and idea about their own reality of life. As Jesus and His disciples approach Jerusalem, the brothers have a special, unusual request. Perhaps along the way they infered from Jesus’ words and attitudes that the end was near. Or at least something big was about to happen. Maybe that glorious kingdom that the Messiah would bring about? So now is the right time. “Let’s get close to the Master and ask it from Him before anyone else has the same idea.” Let’s win this game.

As they approach Jesus, they ask Him to concede them whatever they want. And Jesus goes with their flow. When the request comes, it was not about helping, caring, suffering for Him. It was not about to serve, but about to be served. They want a special place with Jesus. They want to be and to feel special. They want to win that competition, and to be crowned with glory.

When Jesus continues in their train of thought speaking about drinking from the same chalice, and taking the same Baptism He would undergo (extreme difficulties), James and John push the matter even further: they feel ready to do so. Interestingly enough, they would be granted one of the two things they felt ready for. And it was not to be seated in a special place of honor, for Jesus says it was not up to Him to give. But as we learn from the Book of Acts, that cup and that the Baptism of suffering came at least to James, as he was martyrized by Herod.

James and John’s request to Jesus are so off the wall, even so weird, that Mark uses a hapax legomenon here to express the verb we have in English as  “they came up to Him”. Hapax legomenon is a word that appears only once in Greek in the whole NT. Even though Mark writes in a very popular, simple style, here he uses a fancy, one-time only word. As if he wanted to leave the message: “Please, Christians that are reading me: don’t do this. Once is enough. Don’t you ever ask the same type of thing again”.

Seems self-evident here that they were looking for power and honour. They were looking for that special place where by nature we tend to aspire to. Even if not as a Queen or as Prime-minister, but as the rulers of our lives, even of people around us.

Jesus points them and the other 10 – who started to get angry at the 2 -  to the reality of the Kingdom of God: Yes, you’ll be given power. The power to serve. That’s the rule in this Kingdom. You are free, empowered, sent out to serve. Which brings extra “S” with it: Suffering. But also Salvation. Christ brings us to the Father’s arms, where we are brothers and sisters living in the same house – the House of the Lord.

How was it made possible? Because Jesus had His special place. It was not a throne, like many thought it would be. It was not at the synagogue or at a School, as a Master and Teacher. It was not a special spot where He would be served, and where He would have around Him people like James and John seated and enjoying the good life of being a master and ruler. Jesus’ special place was on a cross. A special spot of suffering and death where He completed His work of love. He says of Himself: “The son of Man came not to be served, but to serve”. He explains that human governments are placed on the  idea of hierarchy and authority. Some command and are served, some obey and serve. He is not condemning the idea of the necessity of governments.[3] But the Master leaves it clear that in our lives, which are no show, but are real, the path to greatness is built on soil of humbleness. He came to serve. He calls us to serve.

Further, “to serve” would be too generic. Even people who have no connection with Christian faith can serve (and sometimes they would even outscore us if human reckoning was the issue at stake.) He came to serve us in His death and ressurrection. He came to serve us salvation and life. That’s the same service He wants to perform through us to many yet to know Him. He wants to save many.[4]

By faith, we surely have a special place prepared for us. Not only in heaven, where we will live forever. But in our daily life “reality show” where we are called to serve Him.

We have a special place of difficulties in one hand, because being a Christian in this secular world always brings about challenges to our standing for Christ. Can you think of yourself at Victoria Park, or in a packed University auditorium, or in a “coexist” event, or in any public space filled with different views, from Christian to atheists, standing up and saying. “Yes, God loves everyone. He loves everyone this way: Christ”. This would be deemed to be naïve, illogical, intolerant, and so on. It is simply not logical for the spirit of the time. We can rely on what is theological though. We know the truth of the Gospel lingers: God loved intensely the World this way: He gave His only Son to come to serve - die for each one of us.

But we have also a special place because of the promises that are exclusive, poured out in hearts connected to Him by faith. Psalm 119 shows us the joy of being connected to God’s Word.”

14In the way of your testimonies I delight
as much as in all riches.
15  I will meditate on your precept
and fix my eyes on your ways.
16  I will delight in your statutes;
I will not forget your word.

Jesus invites us to serve: “whoever would be first among you would be slave of all”. I know it is strong, “to be slave of all”. In a time when everybody wants to rule the world, we are free to be slaves. But that’s what love binds us to do – to be servants of our neighbours in love. Connected to Him we know the standard of going against the logic of view ratings and investing in connecting to serve, to love, to help. We can be a reflex of His Service for us towards people. He is our Big Brother who gives us His model of serving, not to be served.

I read about a woman who telephoned a friend and asked how she was feeling. “Terrible,” came the reply on the other end of the line. “My head’s splitting, and my back and legs are killing me. The house is a mess, and the kids are simply driving me crazy.” Very sympathetically the caller said, “Listen, go and lie down. I’ll come over right away and cook lunch for you, clean up the house, and take care of the children while you get some rest. By the way, how is Tom?” The complaining housewife said, “I don’t know anyone named Tom.” And the first woman exclaimed, “My goodness. I must have dialed the wrong number.” There was a long pause, and then the other woman said, “Are you still coming over?”

Jesus was that somewhat “unknown” Man who came to meet our need. He even gave His own life so that we became known to Him, and He became known to our hearts. As we serve Him, we can also be arms and ears, shoulders and heads that help many people yet to know Him. He sends us to serve and to make calls, connections with people, making this world a less strange place and a more supportive one.

Cc -  We know, my friends, The Teaching brought about by Jesus may not be a TV ratings booster for sure. No problem. They rather keep our attention focused on His Word, on His Sacraments, on the things that really endure. We have a special place in our Father’s hands, to be sustained along the way, to be nurtured and strengthened; ultimately, to be saved and to receive the blessing of living in the house where we, brothers and sisters, will live with our Good Brother – Jesus Christ.

[2] Google tells us that “[It] is loaded with epic challenges, juicy romances and surprising eliminations. In this combination of a reality series and a game show, the contestants battle it out each week to maintain their places in the house, all in the hope of claiming the $500,000 prize awarded at the end of the summer. Viewers should expect the unexpected as the drama unfolds, including head of household competitions and live eviction episodes.” https://g.co/kgs/KuPHmF
[3] Paul teaches us in Romans 13 that even each authority we have over us wouldn’t be there outside of God’s plan
[4] “For many, in verse 45, is a Hebraism, not meaning that Jesus gave His life for a certain number, but many here is opposed to “only one”. Paul helps us in 1Timothy 2.6: “who gave himself as a ransom for all”.