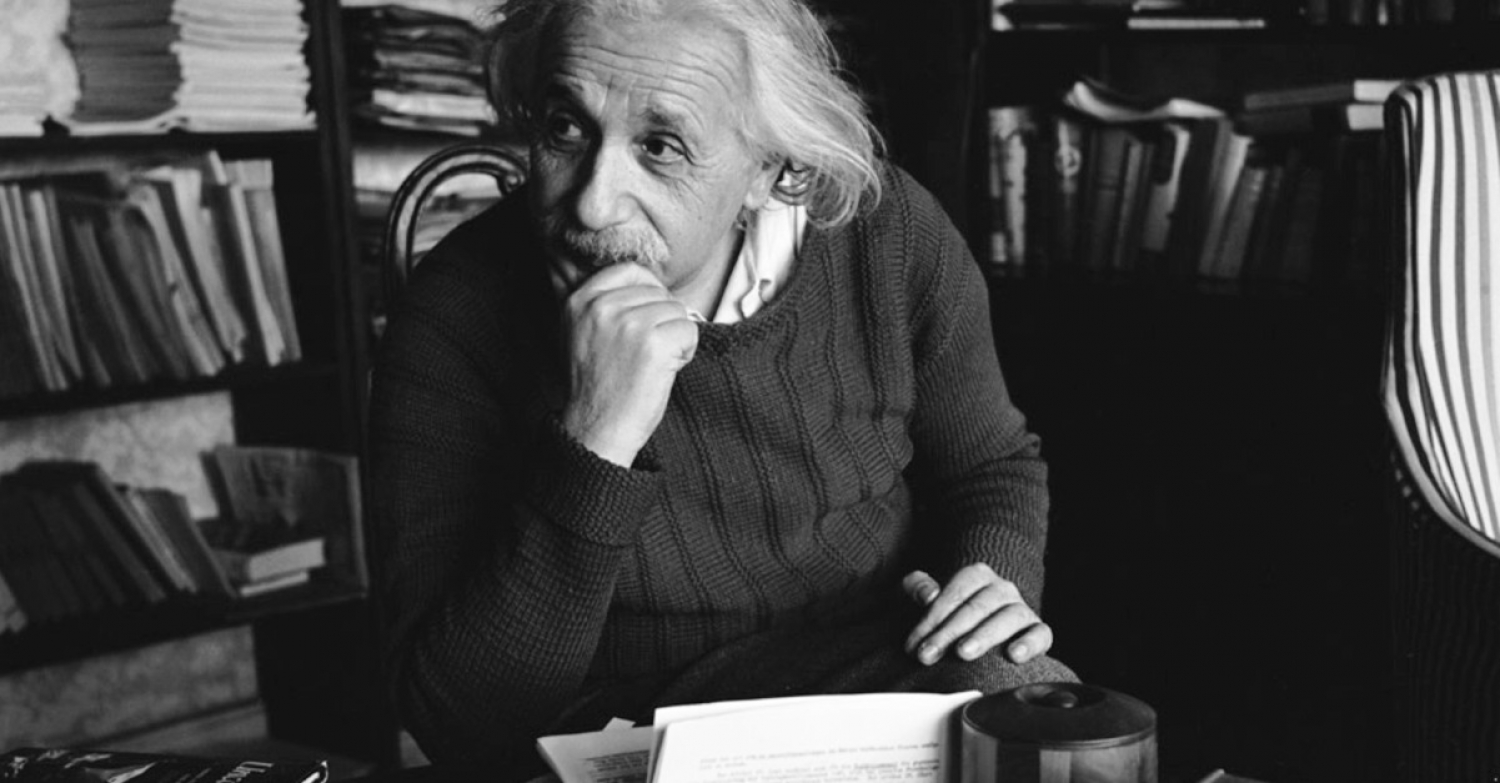 “God is nothing but the expression and product of human weakness, the Bible a collection of venerable but still primitive legends.”

“No interpretation, no matter how subtle, can (for me) change anything about this. These refined interpretations are naturally very diverse, and have virtually nothing to do with the original text. For me the unadulterated Jewish religion is, like all other religions, an incarnation of primitive superstition. And the Jewish people to whom I gladly belong, and in whose mentality I feel profoundly anchored, still for me does not have any different kind of dignity from all other peoples.”

“Who wrote this?” you might ask. Is it someone lacking intelligence, or wanting at least a minimum of History research? Was it written by a person who never had an opportunity to go deeper in their studies, or a harsh, unhinged activist whose life was dedicated to persecute Christianity?

Well, not really. It is a letter penned by Albert Einstein addressed to German philosopher Eric Gutkind, and is written in his native German. Einstein is considered one of the most brilliant minds of the last century, perhaps of all time.

Then you get what you just heard: “God is nothing but the expression and product of human weakness”. It is coming from someone who dedicated time to investigate even the wonders of an infinite universe and its physics laws.

Since Einstein was responsible for many changes in physics related concepts, including his famous e=mc2 equation, we might wonder as we hear of this letter if he was able to secretly create a time machine and go back to the first century, to Palestine. Perhaps he went for a walk in the wilderness and saw that man the Gospel talks about today - John the Baptist. Perhaps John would boosted up in Einstein’s mind the ideia that God is something related to strange, weak, off the wall characters. John is one of those people who don’t fit the cookie-cutter mold. The way he dressed, the things he said, the Baptism he was preaching... The words he uttered; the type of people that would come to be baptized. That is surely not the picture you would expect to see when you think of a guy who was supposedly foretold some 700 hundred years before to be a great prophet, the one who would prepare the way for the Messiah itself, the Great Hope of the Hebrew/Jewish people – to which Einstein belonged. Not in faith, as we heard, but by birth and blood.

What we could say about John the Baptist was said about a late president this week: “He was man of such great humility. Those who travel the high road of humility in the capital of our country are not bothered by heavy traffic.”[4] I don’t know if they hold true for that president, but they surely do hold true for John.

“Religion is for the weak-minded” was Einstein’s brilliant mind conclusion. Now, St. Luke’s brilliant writing brings us in the Gospel today: “the word of God came to John.” What we have from the scientist is that that word is ill conceived, primitive, for the weak of mind. But let’s agree for a moment with him: Religion is for the weak. Yes, that oozes around from every corner of the Scriptures. Not for the smart at mind, but for the weak at heart. That’s what John is preaching, and it appplies to us when it comes to our sinful condition:

-We are a race of vipers
-We don’t produce fruits in keeping with repentance
-We are on our way to meet the future wrath of God.

St. Luke lets us know that the Word of God came to John. That assures two things:

_We are weak. We need the Word. We need Salvation;
_The Word that is strong, effective, curative and saving is the one who came to Him.

The Word that came to John is the Word that comes to us – Christ. He comes to our lives to bring forgiveness and salvation. Also, to lead and teach us as St. Paul shows in the epistle for today

“_5 because of your partnership in the gospel from the first day until now.
_6 And I am sure of this, that he who began a good work in you will bring it to completion at the day of Jesus Christ.
_9 And it is my prayer that your love may abound more and more, with knowledge and all discernment, 10 so that you may approve what is excellent, sand so be pure and blameless for the day of Christ, 11 filled with the fruit of righteousness that comes through Jesus Christ, to the glory and praise of God.”

Words for life, Words for Advent. Words for our weak hearts to be prepared, to be strengthened in Him, to be nurtured and kept confident that, whereas we surely are weak minded people, prone to stray and fail, He is the God who walks with us.

When we think of words for daily life, here we could quote Einstein in two other of this writings (notes) that garnered attention and another million as they were auctioned.[5] We will only need to put some perspective to it.[6]

In a note in German he once wrote his take on Happiness: "A calm and modest life brings more happiness than the pursuit of success combined with constant restlessness." That makes sense, but especially when our calm and modesty comes from the Assuredness we have a Saviour, a God, a Friend who calms our minds with His peace and makes our hearts rest in Him.

The quote is from a note he handed out to a bellboy that says: “where there’s a will there’s a way.” That surely works for many things in life. I would say, “horizontal things” though, the things of our human perspective. When it comes to the vertical things, us before God, no will can find a Way. Christ, the Way, in his will, comes to us and is the way to the Father’s will. Einstein’s letter proves this right after all. As much as He was willing to understand God, He was never able to find his way to do this. Let’s hope and pray that in that final year, between this letter and His death, the Holy Spirit made a way into His hardened heart and brought Him to full confidence in Christ alone – as one of his fellow countryman Martin Luther preached, believed and taught.

Cc – As a conclusion, I will retrieve here his famous formula, e=mc2 and use it as a formula that brings the Word of God to all and brings near to every human being, be it the most shining mind or the least brilliant brain, the Word of Hope

This is the Word of God that came to John; the Word that comes to us. It is not a Theory of Relativity. It is the absolute Truth, Love and Peace for the weak mind to be made wise unto salvation in Jesus Christ.

[1] https://www.foxnews.com/science/einsteins-famous-god-letter-sells-at-auction-for-record-breaking-amount
[2] https://www.dailywire.com/news/39091/how-george-hw-bush-planned-his-own-perfect-joseph-curl?utm_source=facebook&utm_medium=social&utm_content=062316-news&utm_campaign=benshapiro
[3] https://www.foxnews.com/science/einsteins-famous-god-letter-sells-at-auction-for-record-breaking-amount
[4] https://www.dailywire.com/news/39091/how-george-hw-bush-planned-his-own-perfect-joseph-curl?utm_source=facebook&utm_medium=social&utm_content=062316-news&utm_campaign=benshapiro
[5] https://www.foxnews.com/science/einsteins-theory-of-happiness-sells-for-1-56m-at-auction
[6] And I am not afraid to do that even if it comes to correct a world famous brilliant mind, because as brilliant as anyone can be, everyone has a blind side or a weak point, and Theology was surely one of Einstein’s