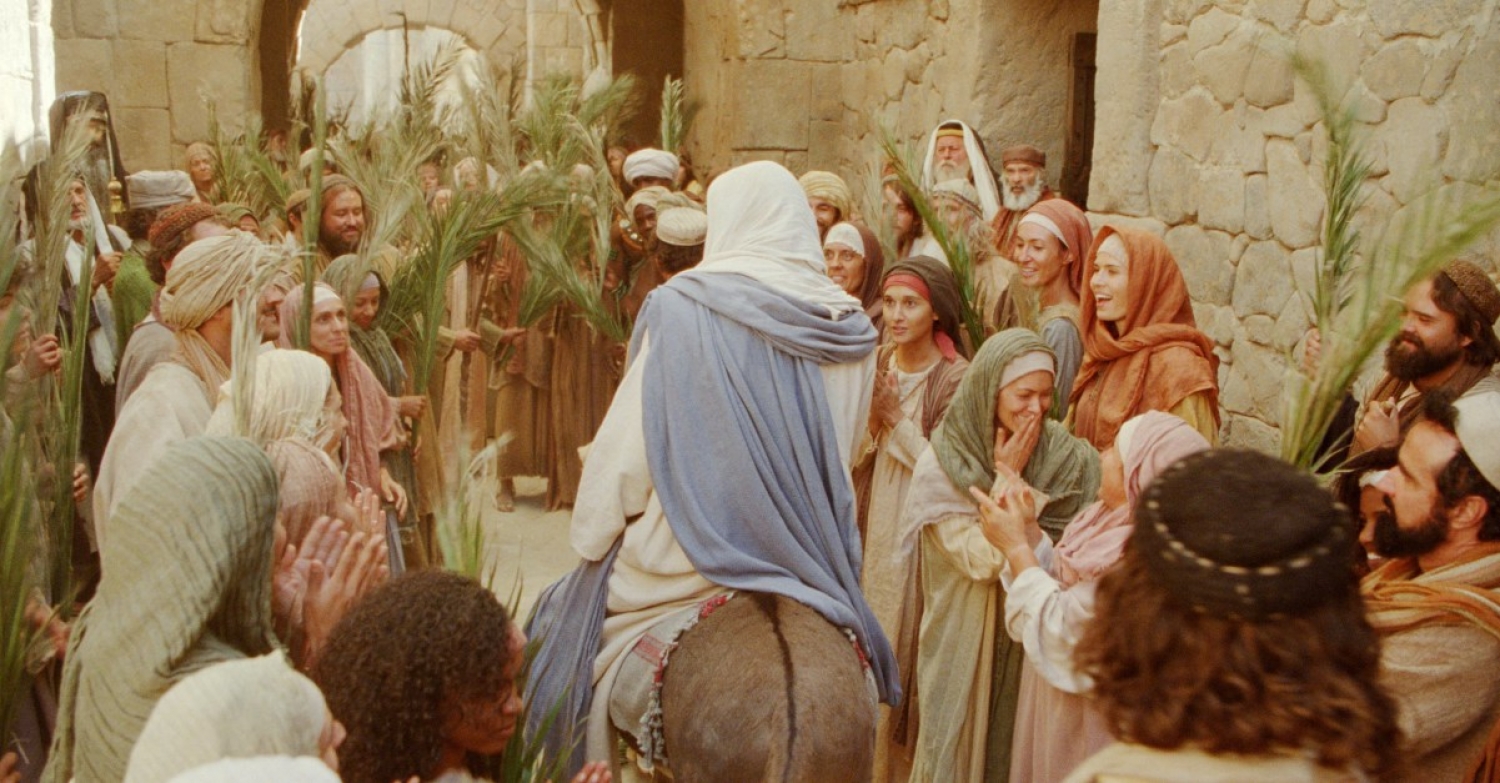 _The president/prime-minister of such and such country was in very simple clothes and didn’t mind helping to clean up with a broom a street downtown today.
_The famous so and so was out today in a downtown street helping a homeless person;
_So and so, one of the most richest players in the world, went down to a poor neighbourhood and helped a family;
_Someone being interviewed saying: “Oh, I’ never expected that, that this so very rich and famous person would be so simple, gentle and helping”.

Now, why are these type of news actually become news? Aren’t those situations too regular to make it to the evening news? Someone cleaning the street, someone helping someone, someone showing humbleness?

Yes, it would be just regular if it were as we say “simple mortals” like us. But in those examples we see great leaders, people who are rich and famous, people who are in a position that we think we would never see doing things like that. Common sense tells us that they are in a too high position to do so.

Humility, to be humble, is something that would usually figure in the #5 list of every person’s most admired features. Even so, it takes many by surprise when it happens. We are so used to the idea that if you are in a certain position, there are some things you should not be doing, that when it happens, it becomes news. Or perhaps just because in some of those situations there’s a rolling camera nearby.

That’s why, in one hand, we somehow take Palm Sunday for granted and it may not appall us so much. Because it is the report of someone coming in humbleness, in a simple way, entering the city and being acclaimed. We all know how important is to be humble and not to think about ourselves beyond what we should. Business as usual. But that is still a scene that needs to be seen in its full meaning.

Palm Sunday is the day we remember Jesus’ triumphant entry in Jerusalem. Hundreds and hundreds along the way and inside the city celebrating the Messiah coming. Were Jesus just another mere human being he might have become full of pride and boast about His popularity. He could boast himself before all the leaders of the people, showing his popular acceptance and acclamantion.

This is not what happens though. Jesus doesn’t have his eyes fixed on the glory, but in the humiliation. He is not looking to a throne but to a cross. He is not looking to be served, but to serve. That’s why a few days later the King of King is beaten, smashed, mocked and condemned. He is crucified. He knew he was the God Man, the Messiah - He could be above everyone. But he choose to be under everyone. He humbled himself to the point of death, and death on the cross.

Martin Luther wrote: “We should, therefore, mark all the difference between Christ’s kingdom and worldly powers, as he  himself clearly showed by his extraordinary entry into Jerusalem, riding on a donkey, without a saddle, the animal a borrowed one at that! He sat 0n it without pretense, just as he was, barefoot, without boots and spurs. From the human point of view the whole incident looked ridiculous, and yet this beggar-King, riding on a donkey, was Israel’s King, promised by God and foretold by the prophets. That was evident also from the way his followers greeted him, “Hosanna!” Blessings on this King and upon his new kingdom! “Blessed is he who cometh in the name of the Lord, even the King of Israel!”[1]

The way Jesus came to Jerusalem was not expected at all for a King. That was too humble. Maybe this is the reason why so many paid little attention to Him, perhaps that is the reason why the crowd exchanged Him for Barabbas later on. Were He in fact an important Person, a Great King, would He be in such a low position?

The good news in this case are not the specific fact that Jesus came in a humble way into Jerusalem. That is a part of it, but not the reason it should be Good news, a daily headline in our hearts. The reason this is Good News is because He went humbly down to his death on the cross that we have God close to us. He emptied Himself so that we could be able to call upon Him, trust him, walk in Him and with Him. We were away from Him. We were dead in our sins. But because Jesus humbled himself, taking the form of a Servant, emptying himself and being obedient to the cross that we are made citizens of the Kingdom of God. We have God with us, close to our hearts, bringing forgiveness of sins and salvation.

Martin Luther again: “The world has nothing but high disdain for this King and his kingdom with its eternal blessings; it is concerned only with temporal goods: power, honor, and riches on earth. We Christians, however, are to labor here and use the world’s goods for our bodily needs, all the while not forgetting the other life. After all, we must in the end depart and leave behind the goods of this earthly life; that should help us remember where we really want to be, namely with Christ, our eternal King. For if we accept him here, that is, believe in him and heed his gospel, he will also receive us over there, saying to us, “Come, O blessed of my Father, inherit the kingdom prepared for you from the foundation of the world.”[2]

When we look to Phillipians 2, we read Paul asking us to have the mind of Christ. This is not a little request. “Think yourselves the way Christ thought!”

_He was God, but didn’t boast or take pride on that;
_He was obedient;
_He went to the cross fulfilling the Father’s will;
_He didn’t mind to go to the lowest of the low to grant us access to the Most High – Yaweh, the Lord.

What about having this mind of Christ? A really hard job. Sin that dwells in us  makes us lean to the wrong side. It calls us to be more “self-respecful”, have more “value yourself”, don’t be a fool of the others. Receive the honour that is prepared for us.  We shouldn’t put ourserlves in situations that are below your merits. Humbleness is an outfit everybody praises and admires, but very few people are willing to dress on.

Still, we are called to have the mind of Christ among us. Not that Christians advocate masochism. Paul is asking the Christians to live in humbleness and meeknees, to live as the living body of Christ, forgiving each other, respecting each other. Having among us the same that was in Christ.

Next on the list was the elephant. The lion boldly faced the elephant and addressed his question: “Who is the king of the jungle?” The elephant immediately grabbed the lion with his trunk, whirled him around the air four or five times and slammed him into a tree. Then he pounded him onto the ground several times, dunked him in water in a nearby lake, and finally threw him onto the shore.

The lion – beaten, badly bruised and battered – struggled to his feet. He let out a moan of pain, lifted up his head weakly, looked at the elephant with sad and bloody eyes and said, “Look, just because you don’t know the answer, you don’t have to get so mad about it.”

Nobody likes to deal with prideful people. We usually try to stay away from them. But we don’t like also to admit that we can be prideful and even arrogant sometimes. Being humble is very difficult because, if you think you are, and you say that you are, then you are not anymore. Cause then you’re bragging about it. It’s like the boy who at a given semester received the “Most Humble colleague” badge from his classmates. The day he started to use it, he lost it.

Being the King of Kings, being the Son of God, being God himself, Christ accepted to go to the cross, because he wanted to bring us salvation, peace with God. Now, as we live by faith in Him, we are invited to empty ourselves of our self-sufficience, pride and lack of trust, resting secure in his hands of love. We are called to repentance for all the times we lacked humility, or when we showed it just because there was a camera around -  that is, because being humble only because someone is watching it. Christ humbled Himself as he entered Jerusalem. Christ humbled Himself as He went to the cross. He calls us to walk with him, having his mind and serving him and our neighbour in humbleness and love.

Cc - On Palm Sunday, as we receive our King entering Jerusalem, we are also reminded that His way was the way to the cross. Humbleness. Love. As we are filled with His love, we can also share it. It doesn’t matter if the cameras are rolling or not. We are doing it in response to Christ love. And because we want to live with the mind of Christ, learning from him the beauty and the strength of the Humble King.