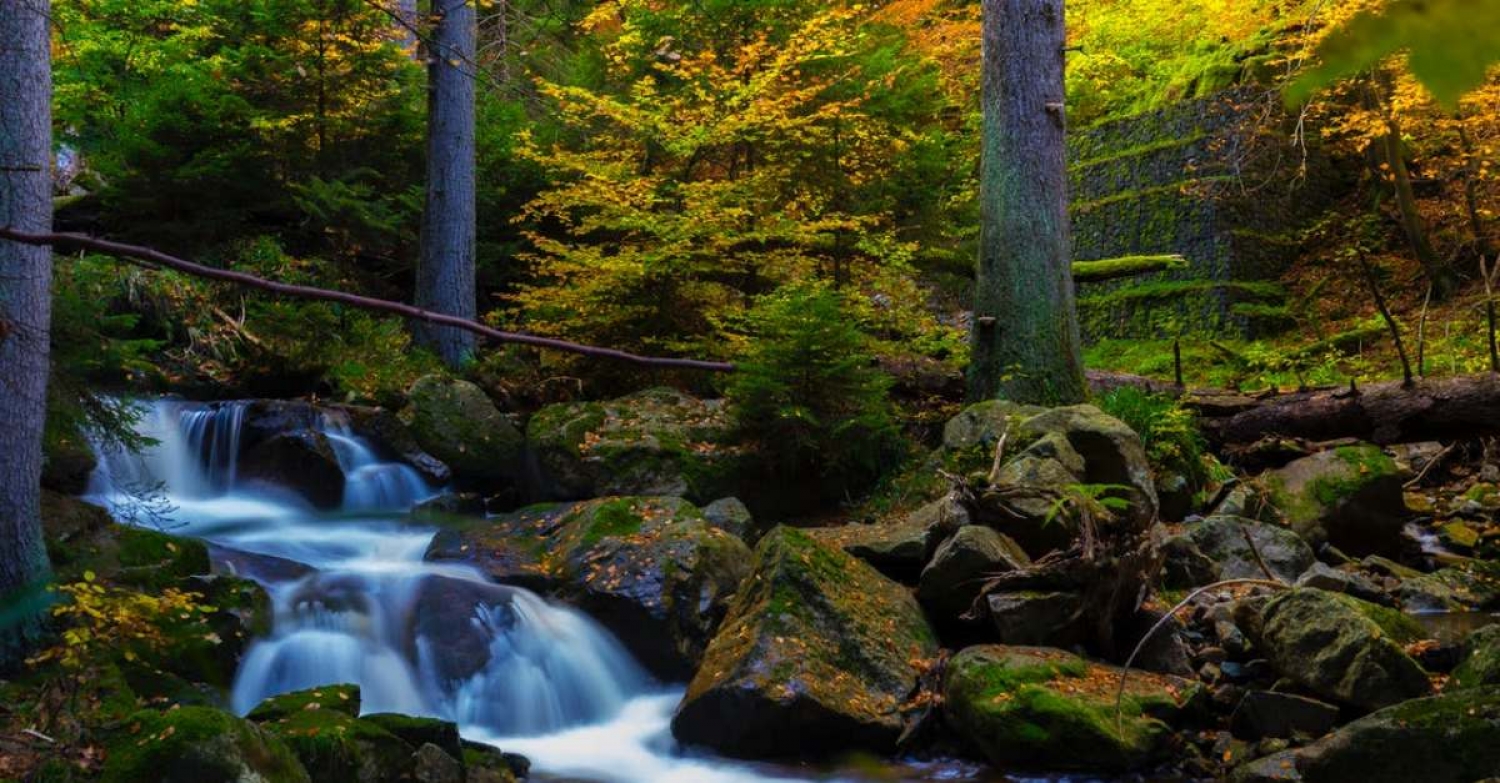 Intr – It is and interesting exchange this one that happens between John the Baptist and the crowds who came to him to be baptized in the Jordan, before the “brood of vipers”, “stones” and “axe to the root of the tree” analogy package he had for them is handed out. Because, isn’t that strange? The crowds are coming to be baptized. You are out there to baptize people. You are not even in a convenient location, as far as a desert can tell, people have to come out to where you are. And they want to be baptized. Isn’t that a great opportunity to make numbers soar? Why not welcoming them?

Let’s try to imagine the scene:

-Afternoon, Sir.
-Hey there. What’s up?
-We’re fine, thanks. A very exquisite place this one out here eh!?
-Sounds like, yep.
-Well, first of all, we heard about locusts, wild honey and the like, sounds like there’s some food shortage around here. So we brought you also some roasted lamb, bitter herbs and also peanut butter and jelly bread to…
-I’ll pass those. But thanks.
-Not a problem. Well, we came a long way from Jerusalem to be baptized by you, since you have been baptizing many others, including non-Jews and Samaritans. Here’s Jacob, son of the Hazels from Jerusalem. There are the Uriels. I myself belong to the Gamaliels, and we have plenty of other noble families here.
-Alright, Baptism, I got you. But why all this name dropping?
-Well, I just wanted you to know that we are good Jews, upright keepers of all God’s laws and commandments, and we came here to receive also you Baptism. We have had all our ritual washings along life so we thought we must have this one too.
-Are you sure? For the names you rang out they ring a different bell to me.
-What you mean?
-I have been baptizing people, listening and talking with them. What they tell about names like yours and plenty of others is that walking the talk is not your strongest feature.
-You mean, Samaritans? Low class people? Slaves? Who are those who think that they can pass judgment on us?
-I don’t think they’re passing judgment, I think they’re just bringing up facts.
-But how can they possibly? We tithe, we fast; we go to the temple in the regular hours. As I said, we keep all God’s and the Rabbis’ commandments. Everybody can see that, it is visible even in our faces, for example, when we are fasting.
-Hum...what you count as profit sounds more like a loss to me.
-All of us here can trace our genealogy many generations back into the tribe of Judah. If there are any pure Children of Abraham around you can be sure you’re talking with them.
-Children of Abraham, huh? Well, tell me, what does your Scripture say about the coming Messiah to the children of Abraham?
-He will be the King, the great One to redeem us and establish his Kingdom among us, our rabbis say.
-I see. How will this kingdom be?
-We will be free and as children of Abraham we will reign with him.
-What about all the other people, let’s say, those whose genealogy is unknown? You know all those names - slaves, mixed people, lowly peasants -  you had a hard time saying earlier.
-Well…they have a long way to go yeah; but perhaps…
-Aren’t they in the same page, aren’t they loved and redeemed by the Messiah?
- Well, they are, but need to be able to show fruits like we do, as good genealogy, law abiding attitudes and…
-Well, in short, why do you need me to Baptize you?
-As I said, as children of Abraham and good keepers of the law we…
-You brood of vipers!!

And we know how it goes on. Thinking about the religious context of the time we can understand better John’s outburst of righteous anger. Not necessarily against people, but against sin. For the preaching of the Law, as strong as it gets sometimes, always aims to bring the sinner to repentance. It is aimed to confront a big problem: thinking that you belong to God because of what you blood, race, deeds or merit rather for what you are - a sinner in need of Grace. Then, the natural consequence is start thinking you deserve it at least more than others who are not as good as you are. And that you already got together all the fruits of repentance that may be asked.

From John’s words, I want to draw your attention to the three analogies he uses to relate those people to in his fiery statement: Vipers – Stones – Trees. I don’t think they are random illustrations, but very well crafted comparisons when we look to the Word of God. What does each of these illustrations remember us?

Vipers: Eden / Bronze Serpent / The son of man being lifted up

These three illustrations bring with them what Advent is about, what Christian life is about:

_We have all been contaminated by the vipers’ poison, Satan. We all are contaminated, no exceptions can be found. We all have that poison and we poison people and relationships with the bite of our tongue.
It is terrible when one feels superior to others for any reason, as we see John scolding that crowd for doing so in the Gospel today, isn’t it? People assuming they are moral giants who can judge past and present, promising a better future. Something that is not only of old, but also of new. [2] The good side of when that happens though is the confirmation, over and over again, that the Bible was right: nobody is good enough. Nobody is good. Nobody.

But because the Lord has cut a covenant on the Rock,[4] promising His Son, now we are built upon the Rock.[5] The rolled away stone of the empty tomb[6] gives us assurance victory over death and life everlasting, for he was stoned, he took upon himself the punishment of the sins of the world.

_The Tree of Death and Life – The Cross.    Jesus fulfilled God’s stone-carved covenant by giving His life on the Tree – His Cross. As children of God, not made out of stone, but out of Water – Baptism – the axe is removed from our root, and it was put to Jesus’ - for he took upon himself the punishment we deserved.[7]
We are now planted beside the streams of Waters[8] of the Word. We are forgiven.

Fruits of repentance - Let’s not skim over the “do” part of John the Baptist’s sermon. Healthy trees bear fruit. Our faith is not something idle in our hearts, but an active strength God has given His people. Like Paul commends the Philippians: “5 because of your partnership in the gospel from the first day until now. 6 And I am sure of this, that he who began a good work in you will bring it to completion at the day of Jesus Christ. 7 It is right for me to feel this way about you all, because I hold you in my heart, for you are all partakers with me of grace, both in my imprisonment and in the defense and confirmation of the gospel. 8 For God is my witness, how I yearn for you all with the affection of Christ Jesus. 9 And it is my prayer that your love may abound more and more, with knowledge and all discernment”. Love is faith in action.

In Jesus we are saved, forgiven and protected. We don’t need snake-stones.[9] We already have the protection our heart, the remedy for our illness and the healing for our imperfection.

Cc – Fortunately, we see that at least for many of them the Law accomplished its purpose. They understood John’s preaching. That exchange by the Jordan might have been shorter then:

-Afternoon John
-Hello, what’s up?
-We would like to be Baptized.
-Why?
-Because we are sinners and we know we need God’s favour and Grace.
-My pleasure! Let’s go down to the water, please.

And then they ask John what they should from there forward and John teaches them very practical lessons, fruits of the saving faith in Christ.

Yes, admitting we are sinners is hard, confessing our sins is not something easy to do. But it is necessary. Advent is the time in which we remember that the King has come, the Sin Killer is here, and he forgives and renews hearts filled with repentance and faith. He is The One, and the Only one, who can make us “approve what is excellent, sand so be pure and blameless for the day of Christ.”[10] The One John came to prepare the way to, the Messiah, Jesus. He who has crushed the head of the viper.[11] He who is our corner stone.[12] And He who will give us to eat from the Tree of Life.[13] Amen.

[1] For more about stones in the Bible, especially talking stones,  see Rev. Gieses’ sermon: https://lutheran-church-regina.com/blogs/post/if-these-were-silent-the-very-stones-would-cry-out-luke-192840-pr-ted-a-giese-sunday-november-28th-2021-season-of-advent-mount-olive-lutheran-church
[2]For example, the “cancellation” spree going around in our world today - every person of the past in which you can find any single trace of things there are not good according to the moral standards of the day must be erased and replaced. Now, would you think you are a bad person, or your mother, or your child? Well, they may not be terrible persons right now, but perhaps in 150 years - when things will have changed again -, for doing things like eating meat and plants, wearing clothes, having kids, attending Church, driving cars… and plenty of other attitudes we aren’t yet aware as a crime according to the moral standards of a distant future.
[3] Acts 7
[4] The Hebrew verb for “made a covenant” can be literally translated as “cut in the rock”.
[5] Matthew 7:24-27
[6] Luke 24.2
[7] Galatians 3:13
[8] Psalm 1
[9] A snake-stone, also known as a viper's stone, snake's pearl, black stone, serpent-stone, or nagamani is an animal bone or stone used as folk medicine for snake bite in Africa, South America, India and Asia. The early Celtic era European Adder stone is also called a snake stone, and is usually made from coloured glass, often with holes. Its purpose is for protection against evil spirits rather than snake bite. https://en.wikipedia.org/wiki/Snake-stone
[10] Philippians 1
[11] Genesis 3
[12]1 Peter 2
[13]Revelation 22

Source of the image