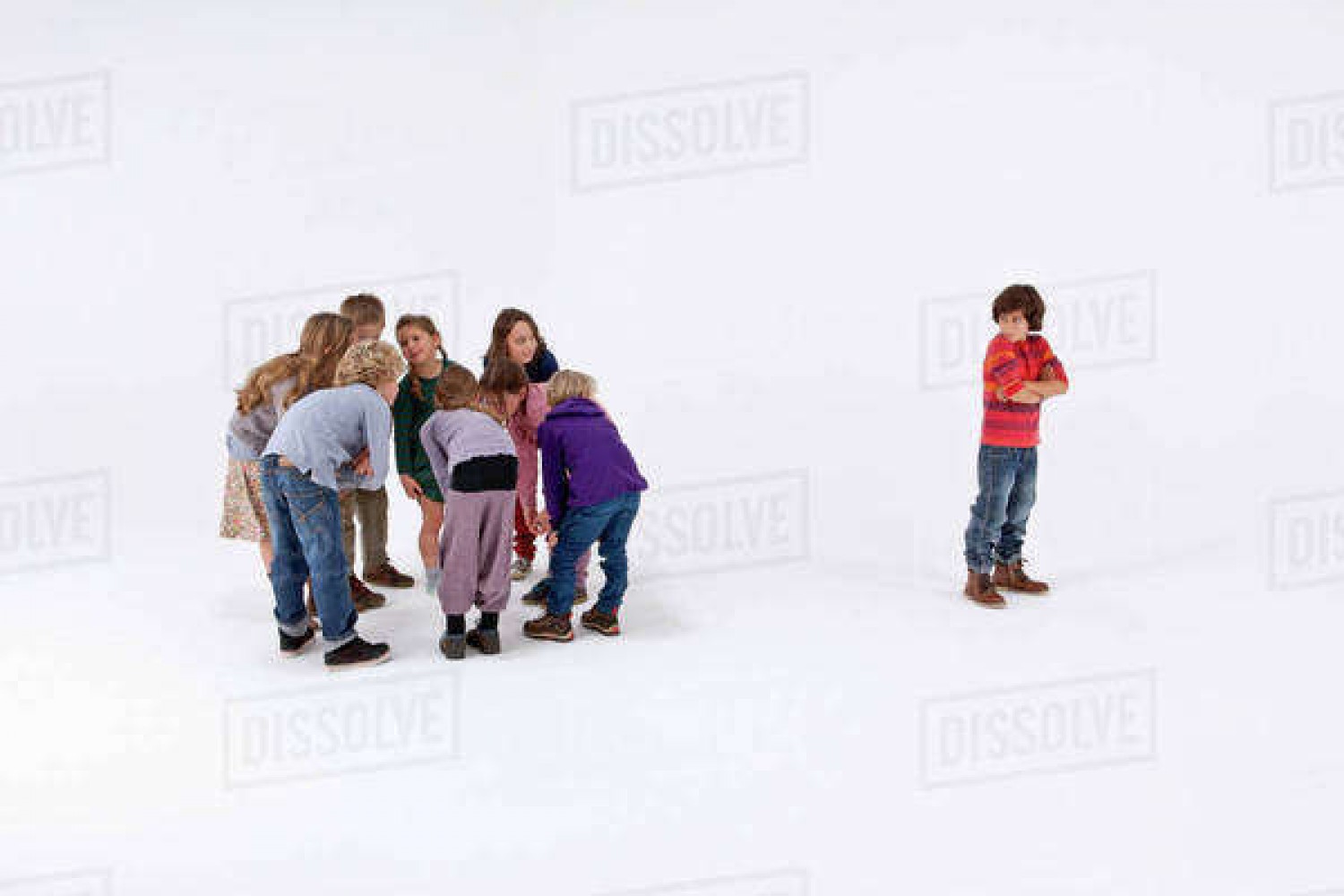 Intr –  Danger of extinction. When we hear this, usually the images that come to mind are of animals. A turtle on a remote island, a mammal in Africa, a species of bird in the rain forest. Perhaps some types of plants, also.

But I know about something that is not, and has never been, under the risk of extinction. Gossip. False witness. We can say that since the world is world, or rather, since the world is sinful, false witness, gossip and public exposition of secret things, in order to harm and expose people are in the order of the day

If we look to Jesus’ trial, that’s what we see all over. False witnessing. And that`s not what we would expect. In the court of the people of God, we could expect them to let the truth to be heard, and nothing except the truth. But what happens then? “Now, the chief priests and the whole council were seeking false witnesses against Jesus that they might out him to death”

We know that when we have some sorts of goals in mind, something like that may happen. Especially those ones driven by anger, resentment or even frustration. We want to spill it over someone. We would act motivated by all the wrong reasons. We would also do it in a way to make it seem right, lawful.  That`s what the Sanhedrin did. And when we recall that those members of the highest court  had the 8th commandment, the very same wording we have today, it becomes even more embarrassing.

You shall not give false testimony against your neighbor.
What does this mean? We should fear and love God so that we do not tell lies about our neighbor, betray him, slander him, or hurt his reputation, but defend him, speak well of him, and explain everything in the kindest way.

Also, it worth take a look on some Martin Luther’s thoughts on that subject in his Large Cathecism.

”In its first and simplest meaning, it pertains to public courts of justice, where a poor, innocent mans is accused with false witnesses and, consequently, punished.(…)”

Luther says that it appears to concern only the present, but among the Jews it was extremely common. You see, false witness is not in danger of extinction. And that’s what happens with Jesus. Breaking the 8th commandment caused the Sanhedrin to send him to the cross. Well let`s update that: Us breaking the 8th commandment caused Jesus to be sent to the cross. Yes, our sins crucified the Saviour. In our Place.

Again Luther: “He who is to administer justice equitably in all cases will often offend good friends, relatives, neighbor, riches…” Not a doubt about it. There is no how to apply justice without driving the offenders mad.

Next, says Luther, it extends to the spiritual jurisdiction and administration. Even when you have faithful preachers, you will always have someone calling them heretic and apostates. Even the Word of God would be deemed to be false as it is perverted and contradicted. But, as Luther puts it. “Leit it pass; it is the blind`s world nature to condemn and persecute the truth and the children of God and yet consider it no sin.”

The third aspect the Reformer mentions is that it concerns us all. False witness is a sin of the tongue. With it we harm our neighbor when bear false witness. Specially when we let out things that should be kept in secret or treated in particular. Luther states: “Nobody has the right to judge and reprove his neighbor publicly, even when he has a sin committed, unless he has been authorized to judge and reprove”.

Let’s shut Facebook down. Let’s cut some group of friends and acquaintances off of our weekend. Let`s even brush off some supposedly Christian converses. Because as Luther says, “It is a common vice of human nature that everyone would rather bear evil that good about their neighbor. Evil though we are, that we cannot tolerate having evil spoken of us; we want the golden compliments of the whole world. Yet we cannot bear to hear the best spoken of others”. We start a comment thread that is really hard to get rid of,

That`s what we see quite often in the comment thread of our face to face relationships. Well, actually in the ‘behind your face’ daily networks. In this real world social networking we sometimes sadly see a book of bad faces with bad tongues. A comment thread that leads to harm and bad-mouthing. It gives us a look over our neighbor's fence; into our neighbor's life. This kind of judgment comes too fast – because we think we know well enough to speak of. We fall for words said without thinking. Judgments made without pausing. Condemnation.

Fortunately for us our heavenly Father doesn't do the same. Otherwise our life would be a 'hanging thread' because His judgment would correctly be fast and sharp. None of us can escape his Word that condemns our sinful nature, our failure thread.

Yet, He shows another way. The Way. The Truth. The Life. Christ, which in His Thread of Action culminates on the Cross. The thread has a new beginning with Him. Now through faith He calls us to a different thing: a comment spread. A different content spreading a different way of life. In Him we can be fast to love and delay the criticism. Fast to help, slow to judge. Slow to keep it inside, fast to make it a spread. Spread of the Word, the Way, the worth we have when having the thread of our life woven by His Love.

2 – Speaking the truth in love

Christ gave is life in our place so that our sin is forgiven and we have new life in him. New life to have good works that spring from that faith, loving and respecting our neighbor and upholding his reputation.Christ calls us to have the eight commandment well present in our daily lives.

How do we do that? Only by the grace of God, of course, strengthened by His love and care. Speaking the truth in love.

That can be illustrated this way: sodium and chlorine are the two chemical substances that compose table salt. Do you know them?

"Sodium is an extremely active chemical element, found only in a combined form. It is always connected to another one. Chlorine, on the other hand, is the poisonous gas that, for example, gives some cleaning products its offensive smell. When alone both of them seem to not have much utility for our lives. And, in some cases, they can be even harmful.
But when sodium and chlorine are combined, come together, they result in sodium chloride – common salt  -, the substance we use, in more or less amount, to temper our food. If you have no salt or any temper, the food is dry. If you use too much of it, the food is gone. And your health is in danger."(David Johnson)

Do you know agape alethetus? Probably not, because I just invented it.

Aletheia, in greek, means Truth. Agape means love. Truth and Love are two core substances for Christian life. But they must come together.

When life has too much Love, without truth, then life is an illusion. No feet on the ground. Living in a dreamworld. To much truth, without love, life is offensive and even harmful.

Combining Truth and Love brings to our lives a good temper, and a better taste. Jesus, once, said “Have salt in yourselves.”* He may have not given a chemical formula, but He certainly gave us a very good combination for us not to tolerate what is wrong with– truth - , and to practice tolerance with the one erring – love. The two elements together and combined – Truth and Love – lead to just the right amount of salt…giving flavor without harming the spiritual health. Speaking in the kindest way. Reflecting God`s love to the world.

Cc – Yes, I know, it’s not easy. As well as in many cases it’s not easy to find the best salt quantity in our food. But by faith  we are ‘salt shakers’ in the loving hands our Savior, who went to the Cross in our place, we can be sure that ‘aletheia’ and ‘agape’ will always be present as we spread this message over our world. Avoiding exposing and judging people. Loving our neighbor as he loved us, giving good witness of His Word, of His love to their lives. Then we can help killing the undesired species of false witness, gossip and bad-mouthing. Help to preserve from extinction the good attitudes that flow from His Love and Grace. After all, you can tell it right away:  food with good temper and life with God’s love and truth have an unique taste.