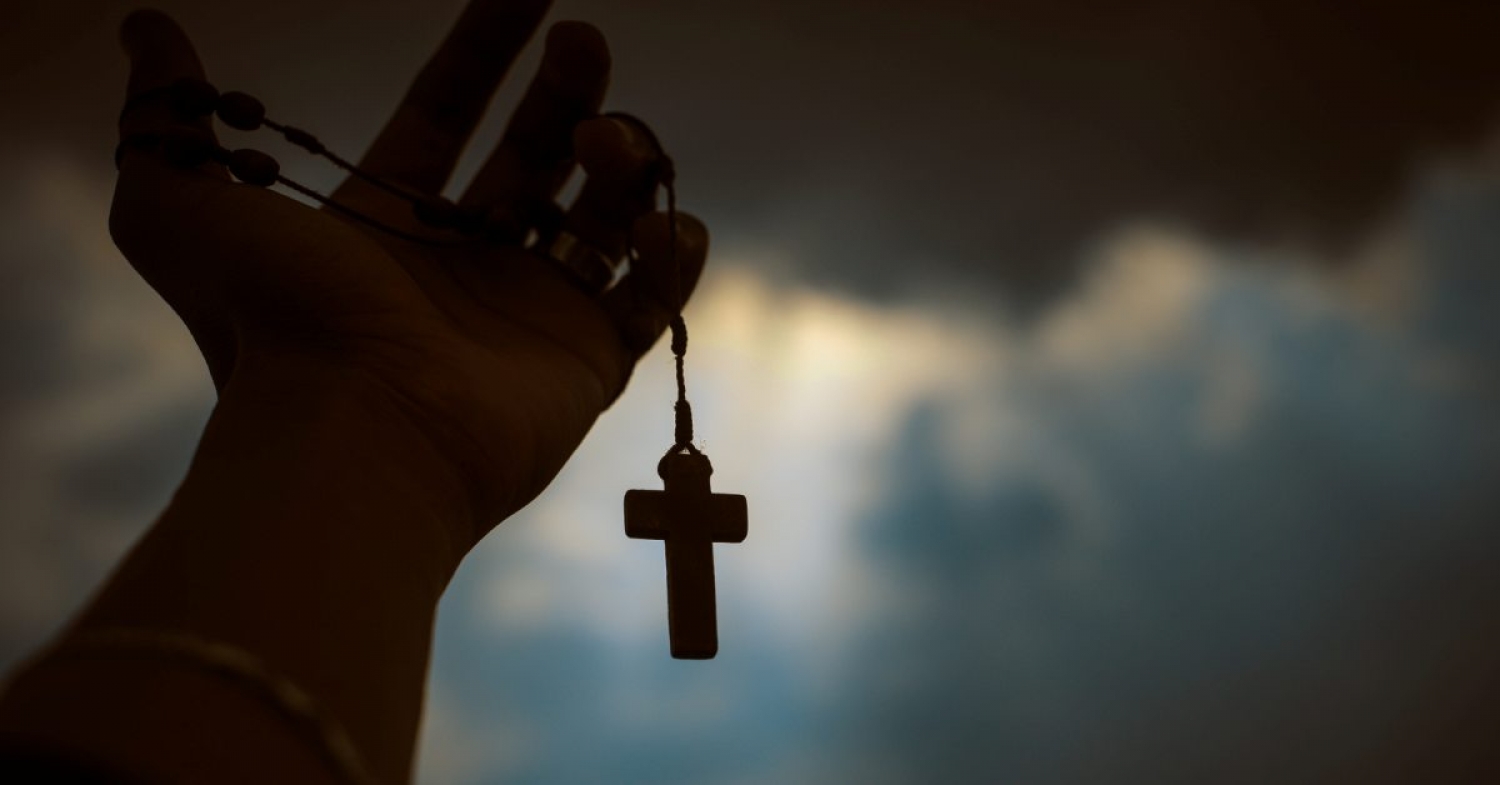 So Jesus said to the Jews who had believed Him, “If you abide in My word, you are truly My disciples, and you will know the truth, and the truth will set you free.” They answered Him, “We are offspring of Abraham and have never been enslaved to anyone. How is it that You say, ‘You will become free’?”

Jesus answered them, “Truly, truly, I say to you, everyone who practices sin is a slave to sin. The slave does not remain in the house forever; the son remains forever. So if the Son sets you free, you will be free indeed."

Grace peace and mercy to you from God our Father and from our Lord and Saviour Jesus Christ. Good Christian Friends. One day, "[Jesus] entered [the city of] Jericho and was passing through. And behold, there was a man named Zacchaeus. He was a chief tax collector and was rich. And he was seeking to see who Jesus was, but on account of the crowd he could not, because he was small in stature. So he ran on ahead and climbed up into a sycamore tree to see Him, for [Jesus] was about to pass that way. And when Jesus came to the place, He looked up and said to him, “Zacchaeus, hurry and come down, for I must stay at your house today.” So [Zacchaeus] hurried and came down and received [Jesus] joyfully. And when they saw it, [that crowd of people who were too tall for Zacchaeus to see past], they all grumbled [saying], “[This Jesus] has gone in to be the guest of a man who is a sinner.”" The Gospel of Luke, where we find this account of events, continues recounting how it was that, "Zacchaeus stood and said to the Lord, “Behold, Lord, the half of my goods I give to the poor. And if I have defrauded anyone of anything, I restore it fourfold.” And Jesus said to him, “Today salvation has come to this house, since [Zacchaeus] also is a son of Abraham. For the Son of Man came to seek and to save the lost.”[1]

Zacchaeus and the Jews of our Gospel lesson today have different responses to Jesus: On the one hand you have Zacchaeus who out of gratitude vows to make amends, to compensate everyone he'd cheated, this is the reaction of a repentant heart, while on the other hand the Jews who had believed Jesus when Jesus had said, “I am the Light of the world. Whoever follows Me will not walk in darkness, but will have the light of life,”[2] now wrangkle when Jesus says " the Truth will set you free," because they don't believe that they are in bondage to anyone or anything. Zacchaeus may well have thought like these but Zacchaeus' response shows someone who accepted the fact that he needed to be saved from his sinful condition.

If you stop and think for a minute about the general response of these other Jewish people apart from Zacchaeus their response to Jesus' statement is a strange one on three accounts, even before you get to the Spiritual nature of their situation which Jesus actually wants to address. First these Jewish people who had previously believed Jesus' teaching were flat wrong about their freedom, they didn't have complete autonomy as a people: They were a conquered people, they were not free, they had the Romans ruling over them, they paid taxes to Rome (taxes collected by Zacchaeus and men like Zacchaeus), the Roman military patrolled their streets, they were not politically free. Secondly they had been dragged off into captivity around 500 years earlier by the Babylonians, and the Babylonians were then conquered by the Persians who likewise became their overlords. And thirdly, even if you could figure out a way to not count these first two examples as being an enslaved people, it would be hard to avoid the 400 years or so that the children of Israel were in slavery in Egypt. And why would it be hard to avoid that bit of history? Well because they had a yearly celebration - called the Passover - where they retold and recounted their rescue from captivity, from slavery in Egypt. So when they say to Jesus, “We are offspring of Abraham and have never been enslaved to anyone," Jesus knew, and they must have known, that this response of theirs was false, in fact Abraham's grandson was Jacob whose name was changed to Israel by God and it was the descendants of this Israel, essentially the descendants of Abraham, who had been slaves in Egypt.

Somehow these Jewish folks who had previously believed Jesus had a false understanding, or a false conception of who they were. They didn't believe that they needed to be saved from slavery because they didn't believe that they had ever been in slavery, nor did they believe that they were in slavery at that very moment. By virtue of their heritage as offspring of Abraham they thought that they were free. Ironically Jesus' number one job was first to come to the lost sheep of Israel,[3] What did Jesus say at Zacchaeus' house, "For the Son of Man came to seek and to save the lost.” St. Paul teaches the same thing at the beginning of his letter to the Christians in Rome, when he writes about the Gospel saying, "For I am not ashamed of the gospel, for it is the power of God for salvation to everyone who believes, to the Jew first and also to the Greek."[4] Jesus came to save the lost. But the lost apparently didn't even know that they were lost.

There are many people in the world today who believe that they need no salvation, that they are free when in reality they are slaves to sin. As Jesus says, "everyone who practices sin is a slave to sin." But before you say, "‘God, I thank you that I am not like other [people]," remember this parable that Jesus told to some who trusted in themselves that they were righteous, and treated others with contempt: Jesus said to them and He says to you today, “Two men went up into the temple to pray, one a Pharisee and the other a tax collector. The Pharisee, standing by himself, prayed thus: ‘God, I thank you that I am not like other men, extortioners, unjust, adulterers, or even like this tax collector. I fast twice a week; I give tithes of all that I get.’ But the tax collector, standing far off, would not even lift up his eyes to heaven, but beat his breast, saying, ‘God, be merciful to me, a sinner!’ I tell you, [Jesus said] this man went down to his house justified, rather than the other. For everyone who exalts himself will be humbled, but the one who humbles himself will be exalted.”[7] The Christian then is called to acknowledge with a repentant heart that every one of us needs simply to plead guilty before God of all sins, even those we are not aware of. Yes, we daily sin much and need forgiveness like everyone else in life. This forgiveness is not found in ourselves or in the world but in Christ Jesus and Him alone.

We confess week in and week out that Jesus is the second person of the Holy Trinity, that He is the Son of God and that in the incarnation He is likewise the Son of Man. In Jesus' work to save the lost He is the one who does the saving. In today's Gospel reading Jesus' final word on the matter of being saved from slavery to sin comes when He says, "everyone who practices sin is a slave to sin. The slave does not remain in the house forever; the son remains forever. So if the Son sets you free, you will be free indeed." Jesus is that Son who sets you free.

It's not your efforts to save yourself, it's not even your ability to "do what is in you" and then to expect that that might be added to your account as some kind of credit towards Salvation, no your Salvation - your freedom - is won by Jesus Himself. He who seeks and saves the lost. There may be people who grumble at the way Jesus does this but for we who are being saved the cross of Christ Jesus is the power of God.[6] When Jesus goes to Zacchaeus' house they say, “He's has gone in to be the guest of a man who is a sinner.”" At the cross Jesus is hung between two criminals, two sinners.[8] The idea that an adult man like Zacchaeus, a rich well known man (even if he was not well liked) would climb a tree to see someone in a public place is embarrassing, that's the sort of thing that children do, not grown adults.[9] Yet Jesus mercifully calls Zacchaeus down from the tree and comes to Zacchaeus' house, the house of a sinner. And on Good Friday what does Jesus do? Jesus goes up into the tree of the cross, taking the embarrassing place of ridicule in Zacchaeus' place, in your place, and in so doing Jesus went to prepare a place of honour for you in His Father's House.[10] The Son of God does this to set you free, free from the condemnation of the law, free from your slavery to sin, free from your sin, as St. Paul writes to the Galatian Christians, "Christ redeemed us from the curse of the law by becoming a curse for us—for it is written, “Cursed is everyone who is hanged on a tree”[11] Jesus takes the curse so that you will have the blessing. Jesus says of Himself, “I am the Way, and the Truth, and the Life. No one comes to the Father except through Me."[12] And what does Jesus say in our Gospel reading today? “If you abide in My word, you are truly My disciples, and you will know the Truth, and the Truth will set you free.” Amen.