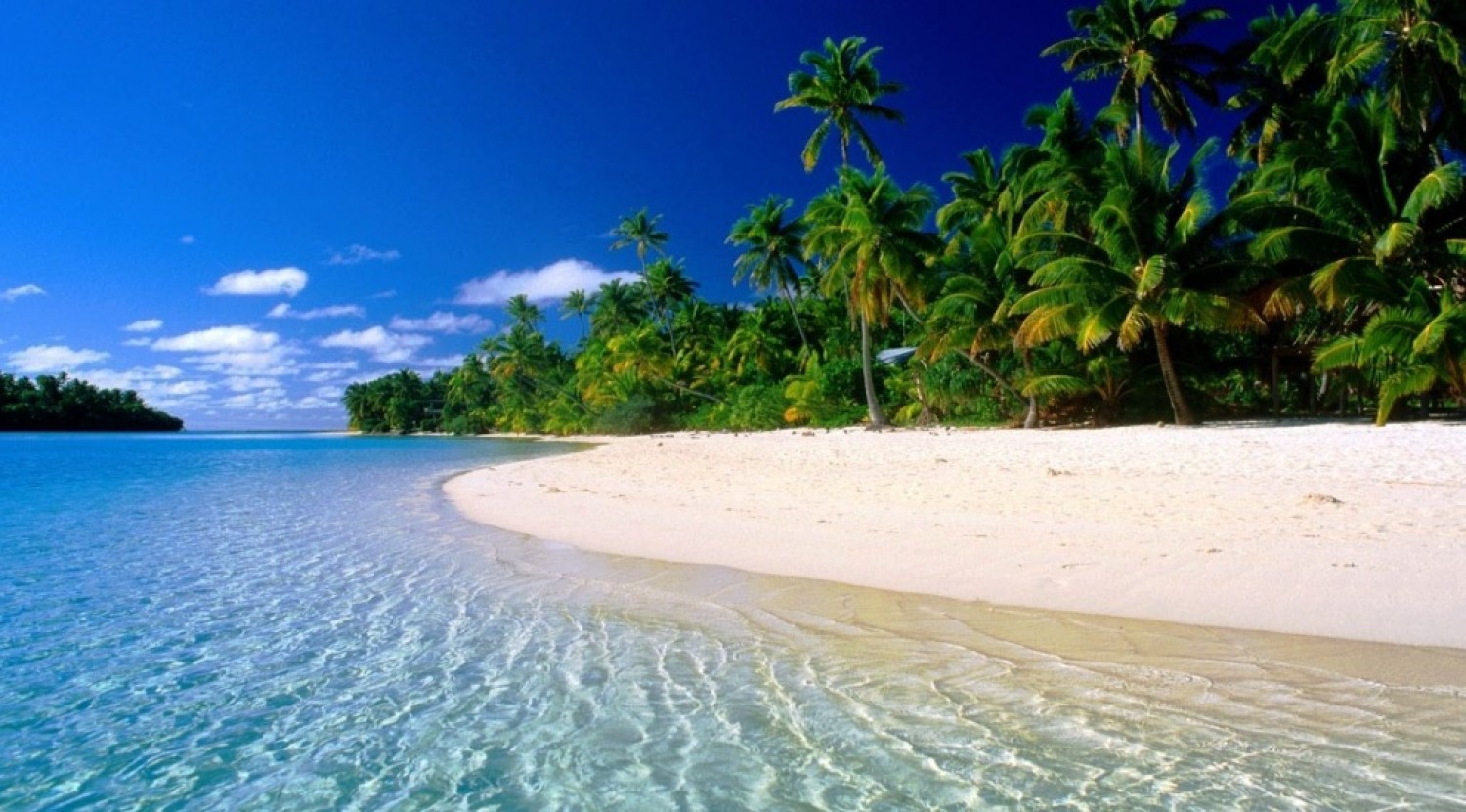 Now when they drew near to Jerusalem and came to Bethphage, to the Mount of Olives, then Jesus sent two disciples, saying to them, “Go into the village in front of you, and immediately you will find a donkey tied, and a colt with her. Untie them and bring them to Me. If anyone says anything to you, you shall say, ‘The Lord needs them,’ and he will send them at once.” This took place to fulfill what was spoken by the prophet, saying,

“Say to the daughter of Zion,
‘Behold, your king is coming to you,
humble, and mounted on a donkey,
on a colt, the foal of a beast of burden.’”

The disciples went and did as Jesus had directed them. They brought the donkey and the colt and put on them their cloaks, and He sat on them. Most of the crowd spread their cloaks on the road, and others cut branches from the trees and spread them on the road. And the crowds that went before Him and that followed Him were shouting, “Hosanna to the Son of David! Blessed is He who comes in the name of the Lord! Hosanna in the highest!” And when He entered Jerusalem, the whole city was stirred up, saying, “Who is this?” And the crowds said, “This is the prophet Jesus, from Nazareth of Galilee.”

Grace peace and mercy to you from God our Father and from our Lord and Saviour Jesus Christ. Good Christian Friends. He had complained. He'd made his case, he tried to convince everyone. Alexander Selkirk thought the ship was too heavy, that the captain had taken on too much cargo, too much weight, that the ship might sink. So midway through their expedition, off the coast of Chile, the captain decided to take Selkirk's advice and lighten the load that the ship was carrying, leaving the poor man stranded on the island of Juan Fernández all alone, marooned. Yes, the ship's heavy load was reduced by the weight of just one man. And that man was the Scottish sailor Selkirk.

The island of Juan Fernández was a deserted island and even though the island was named after Juan Fernández, Juan couldn't be found, Selkirk was indeed all alone ... and all alone Selkirk looked out to the impassable sea. Fighting with sea lions and rats, living off of oysters, shell fish and anything he could catch the poor sailor waited for rescue. The advent of his rescue wouldn't come for four and a half years. Day in and day out he'd watched, and waited, and waited for someone to save him from his bleak, and miserable situation. Occasionally a Spanish ship would come near but he hid from those ships because the British Isles were at war with Spain. He needed a British ship, a friendly ship to come to his aid, to come to his rescue, and as he waited for the advent of that rescue Selkirk sat alone, one man, on an Island.

They were there in Jerusalem to remember how God had sent them a saviour in the person of Moses when they were trapped in slavery, in captivity, in Egypt. They were there to remember how Moses had proclaimed to them and to Pharaoh the Word of their Almighty God and how their God had rescued them from the Egyptians, spared them from the plagues that befell the Egyptians because of the heard heart of the Pharaoh: They were there in Jerusalem to remember how on the night of the 10th and last plague, the worst of the plagues, when all the first born of the Egyptians from the Pharaoh's eldest son right down to the first born males of the Egyptian cattle were dying, how the angel of death sent by the Lord had passed-over them, passed over their houses because of the blood of the lamb. The very lamb they had eaten in haste in their houses as they stood ready to travel with their "belt fastened, [their] sandals on [their] feet, and [their] staff in [their] hand."[1] Yes, they would remember how their God had lead them by a pillar of cloud by day and a pillar of fire by night, how God had taken them from Egypt on dry ground through the Red Sea with the waters parted to their right and to their left.

God had come in the past to save His people, and they knew and believed that God would come again to save His people. They looked to the Advent, the arrival of their God. Who knows, perhaps God would send them another Moses, and other Joshua, another king David to save them? They knew that One would come from the House of David, a Saviour ... but when? and who? If the Salvation of Israel came He'd surely save them from their current situation, such a saviour would surely save them from the Roman occupation that they were trapped under? Wouldn't He?

In order of priority they were first and foremost looking for salvation from political oppression, but were they looking for rescue from their sin? Yes, they were looking for that too but for that they were looking to the Temple, to the heart of Jerusalem, to the sacrifices performed there. They were not all looking out of the city gates for salvation from their sin to come riding into town, "humble, and mounted on a donkey, on a colt, the foal of a beast of burden." They thought with the Temple and it's chief priests and Levites that they had rescue from their sins all tied up like a neatly wrapped Christmas gift complete with a shiny bow and ribbons.

As Christmas approaches, as the world makes itself busy with Christmas preparations what is your situation? Do you feel alone in your trouble, are you an Alexander Selkirk stuck on an Island of your own making, an Island of sin, a place of torment that could have been avoided - had you only kept your big mouth shut, and or your hands to yourself ect. Or are you rather like one busy preparing for Christmas, shoulder to shoulder with everyone else, and yet deep down inside you are still stuck: Stuck in sin, stuck in some quiet hidden embarrassingly un-Christmassy-sort-of-trouble? An Illness, Grief? Selkirk knew he could not rescue himself. The Jewish people gathered for the Passover celebrated a rescue from captivity, from slavery that they could not have accomplished on their own, and they knew that they would not be free of their troubles under the hand of the Romans without the intervention of their God. They too knew they couldn't save themselves, they'd tried and they'd failed. Knowing that true help comes from the hands of another is an important thing to learn in life. Advent is a season where we look to the promised help, and contemplate the arrival of that help. In Advent we are prepared for the celebration of the birth of Jesus, in Advent we are prepared for the prospect of a present arrival of Christ Jesus, an arrival that could take place at any moment. This is what Advent prepares us for. Help that is on its way. Rescue that is coming to you.

One of the themes of Advent, one of the ideas the crop up over and over again in Advent, is that Jesus is coming to you. Like in today's Gospel reading where we see Jesus coming to Jerusalem, so to in our own lives it is Jesus who comes to us. It is Jesus who comes to you. We know where He promises to come: Here at Mount Olive for instance Jesus promises to come to you in Word and Sacrament Ministry: In Baptism, in Holy Communion, in Confession and Absolution, in the Word read to you, in the Word preached to you. As a Christian it is not just that Jesus promises to come to you, no in fact, Jesus is always coming to you in the midst of our trouble, and more than that while He is always coming to you He is also with you. We trust that He fulfils His promises, When Jesus after His resurrection from the dead says, "surely I will be with you always to the end of the age,"[2] we trust that He is with us and that when that End of the age finally comes we likewise trust that He will come that one last time to take us home to Himself forever rescuing us once and for all from our Island of sin, death, the devil, the Island of our sinful self.

Whatever happened to Alexander Selkirk? When Thomas Dover landed on the island of Juan Fernández on February 2nd of 1709 Selkirk who had been living in isolation for four and a half years was, almost incoherent for joy! He was so happy that his rescue had come he could barely speak! When Jesus came to Jerusalem humble, and mounted on a donkey those who understood what was taken place were overwhelmed with joy too! They spread their cloaks on the road, and others cut branches from the trees and spread them on the road. And the crowds that went before Jesus and that followed after Jesus were shouting, “Hosanna to the Son of David! Blessed is He who comes in the name of the Lord! Hosanna in the highest!” And when others saw their joy and asked them what it was that they were so excited about, who was this man who they were so worked up over, they responded saying, “This is the prophet Jesus, from Nazareth of Galilee.” Knowing the rest of the unfolding events, you can say more than 'Jesus is a prophet!" You can say, 'Jesus is my Salvation, He rescued me from the Island of my sin where I was marooned from birth! He saved me in my Baptism, and comes to be with His Salvation and rescue every day! That is why I celebrate Christmas, that is why I prepare for it year in and year out! ... and more than that I know He will come again and take me to Himself so that were He is I may be also.'[3] Amen.