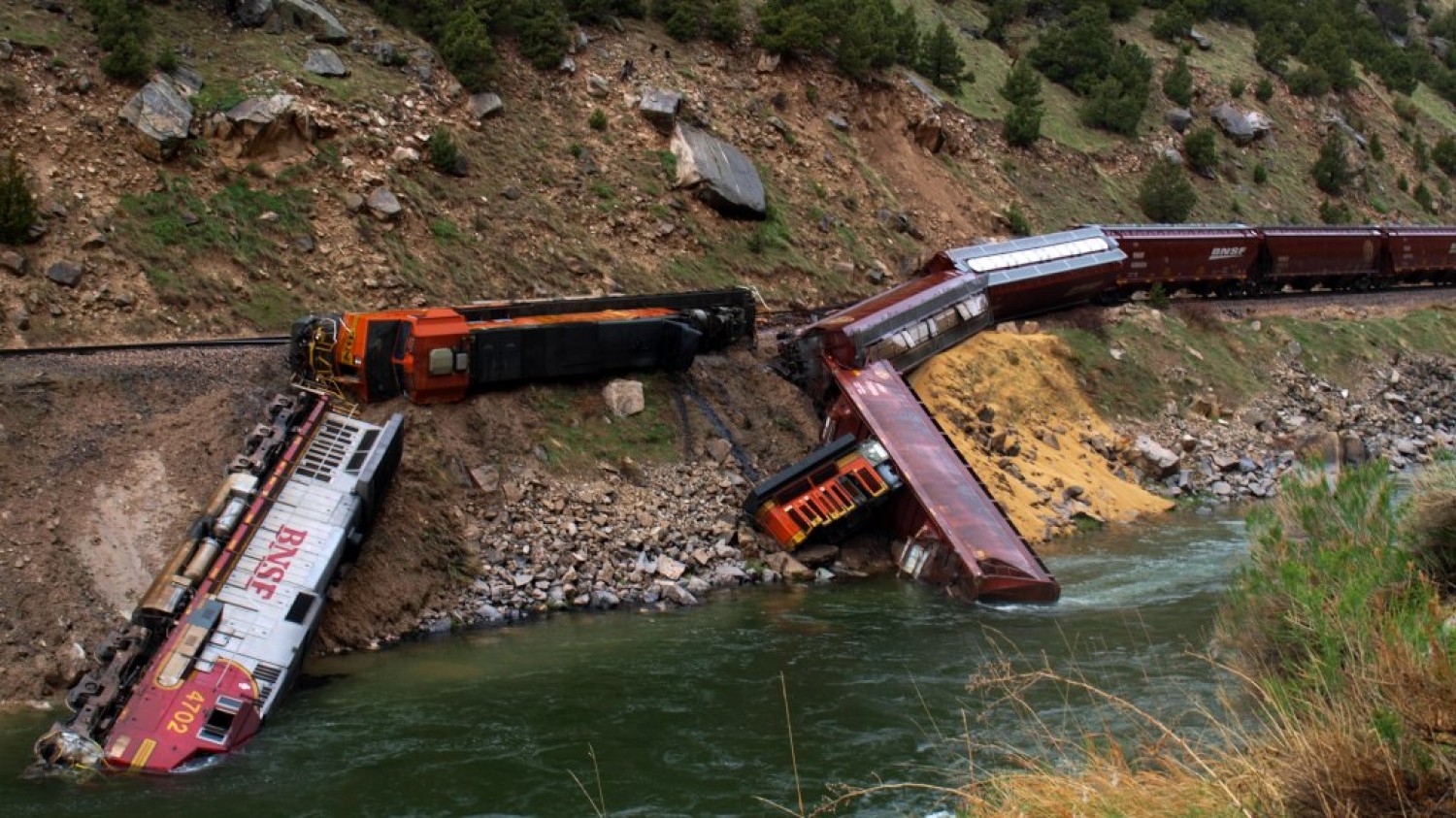 The next day the large crowd that had come to the feast heard that Jesus was coming to Jerusalem. So they took branches of palm trees and went out to meet Him, crying out, “Hosanna! Blessed is He who comes in the name of the Lord, even the King of Israel!” And Jesus found a young donkey and sat on it, just as it is written,

“Fear not, daughter of Zion;
behold, your king is coming,
sitting on a donkey's colt!”

His disciples did not understand these things at first, but when Jesus was glorified, then they remembered that these things had been written about Him and had been done to Him. The crowd that had been with Him when He called Lazarus out of the tomb and raised Him from the dead continued to bear witness. The reason why the crowd went to meet Him was that they heard He had done this sign. So the Pharisees said to one another, “You see that you are gaining nothing. Look, the world has gone after Him.”

Grace peace and mercy to you from God our Father and from our Lord and Saviour Jesus Christ. Good Christian Friends. About Jesus' Triumphal entry into Jerusalem the disciple John says that Jesus', "disciples did not understand these things at first, but when Jesus was glorified, then they remembered that these things had been written about Him and had been done to Him. The crowd that had been with Him when He called Lazarus out of the tomb and raised Him from the dead continued to bear witness. The reason why the crowd went to meet Him was that they heard [that Jesus] had done this sign."

This sign, this miracle of calling Lazarus out of the tomb so near Jerusalem, with so many people gathering for the Passover made a huge impact.

Where to begin, let's begin with an earlier point in Johns Gospel, "when Jesus came, He found that Lazarus had already been in the tomb four days. Bethany was near Jerusalem, about two miles off, and many of the Jews had come to Martha and Mary to console them concerning their brother. So when Martha heard that Jesus was coming, she went and met Him, but Mary remained seated in the house. Martha said to Jesus, “Lord, if you had been here, my brother would not have died. But even now I know that whatever you ask from God, God will give you.” Jesus said to her, “Your brother will rise again.” Martha said to Him, “I know that he will rise again in the resurrection on The Last Day.” Jesus said to her, “I Am the resurrection and the life. Whoever believes in Me, though He die, yet shall He live, and everyone who lives and believes in Me shall never die. Do you believe this?” She said to Him, “Yes, Lord; I believe that You are the Christ, the Son of God, who is coming into the world.”

When she had said this, she went and called her sister Mary, saying in private, “The Teacher is here and is calling for you.” And when she heard it, she rose quickly and went to Him. Now Jesus had not yet come into the village, but was still in the place where Martha had met Him. When the Jews who were with her in the house, consoling her, saw Mary rise quickly and go out, they followed her, supposing that she was going to the tomb to weep there. Now when Mary came to where Jesus was and saw Him, she fell at His feet, saying to Him, “Lord, if You had been here, my brother would not have died.” When Jesus saw her weeping, and the Jews who had come with her also weeping, He was deeply moved in His spirit and greatly troubled. And He said, “Where have you laid him?” They said to Him, “Lord, come and see.” Jesus wept. So the Jews said, “See how He loved him!” But some of them said, “Could not He who opened the eyes of the blind man also have kept this man from dying?”

Then Jesus, deeply moved again, came to the tomb. It was a cave, and a stone lay against it. Jesus said, “Take away the stone.” Martha, the sister of the dead man, said to Him, “Lord, by this time there will be an odor, for he has been dead four days.” Jesus said to her, “Did I not tell you that if you believed you would see the glory of God?” So they took away the stone. And Jesus lifted up His eyes and said, “Father, I thank you that you have heard Me. I knew that You always hear Me, but I said this on account of the people standing around, that they may believe that You sent Me.” When He had said these things, He cried out with a loud voice, “Lazarus, come out.” The man who had died came out, his hands and feet bound with linen strips, and his face wrapped with a cloth. Jesus said to them, “Unbind him, and let him go.”

But not everyone loved these words, there were some who refused to find hope in Jesus, in the Gospel of Luke the Evangelist tells us that, "some of the Pharisees in the crowd said to [Jesus], “Teacher, rebuke Your disciples.” He answered, “I tell you, if these were silent, the very stones would cry out.”

Stones do not move on their own, neither do they have ear to hear, or mouths to confess Jesus as Lord: A stone for all the world is like a dead person. The dead do not hear the living, the ear no longer functions on a dead man or woman. The dead have no ability of their own to rise up, to walk out of their tomb. The dead Lazarus required the assistance of God the Father in order to simply hear Jesus say, “Lazarus, come out.” Before the miracle of a dead man rising up and walking out of his tomb could happen, the miracle or a ear able to hear had to take place.

St. Paul makes this confesses in his letter to the Ephesians: Paul exclaims that, "God, being rich in mercy, because of the great love with which He loved us, even when we were dead in our trespasses, made us alive together with Christ—by grace you have been saved—and raised us up with [Jesus] and seated us with [this same Jesus] in the heavenly places in Christ Jesus," As Jesus repeatedly says, “He who has ears to hear, let him hear.” And with this miracle made in you, by God the Father, listen and mark what Paul later says in his letter to the Roman Christians, when He says that, "faith comes from hearing, and hearing through the word of Christ."

Consider one more time Jesus' response to the complaining Pharisees in the crowd who said, “You see that you are gaining nothing. Look, the world has gone after Him” the ones who wanted to silence these people who had heard and seen what Jesus did when He raised Lazarus from the dead, from the back of the donkey as He rode into Jerusalem Jesus says, “I tell you, if these were silent, the very stones would cry out.” And so they were, each one of them were people dead as stones crying out by the grace of God.

Last Thursday was St. Patrick's day, and while many in North America today look at Patrick, the great missionary to Ireland, as license to indulge in drinking, there was much more to the very real man. Near the time of his death, in his old age, Patrick wrote his confession. In the first line he says, "I am Patrick, a sinner, most unlearned, the least of all the faithful, and utterly despised by many." Later he continues to describe himself saying, "I was like a stone lying in the deep mire; and He that is mighty came and in His mercy lifted me up, and raised me aloft, and placed me on the top of the wall."

Dear Christian friends, put another way, Christianity is, "not for the little engine that could [no, Christianity is] for the train wreck that can't." A stone can no more pull itself up out of the mire, out of the muck, out of the mud, than a train can put itself back on the tracks, or repair the wreckage of it's disastrous sinful condition.

As you think on that first Palm Sunday today, as you mark Holy Week and Easter, remember Jesus' disciples did not understand what was truly happening when Jesus found a young donkey and sat on it and rode into Jerusalem fulfilling what was written, “Fear not, daughter of Zion; behold, your king is coming, sitting on a donkey's colt!” It was given to them to understand it when Jesus was glorified, and in the Gospel of John the glorification of Jesus is in His crucifixion, so they didn't understand what Jesus' triumphal entry was about until Jesus hung dead upon the cross; After the crucifixion, after the resurrection, when they heard anew with opened ears the word of God from the lips of Jesus, it was then that they remembered that these things had been written about Him and had been done to Him.

Jesus rode, with all humility into Jerusalem to die for us, for you; in our place, in your place; so that you and I would be raised up on The Last Day, so that you and I who are were dead in our trespasses, dead as a stone would cry out, "“Hosanna! Blessed is He who comes in the name of the Lord, even the King of Israel!” As St. Paul says, "Therefore I want you to understand that no one speaking in the Spirit of God ever says “Jesus is accursed!” and no one can say “Jesus is Lord” except in the Holy Spirit." Hosanna means, "Save Us!" "Please! Save!" It is a prayer of faith, which no one can pray unless they have faith, unless they have been called by the Gospel, enlightened with the gifts of the Holy Spirit, been sanctified (Made Holy) and kept in the true faith by God. "In the same way [that the Holy Spirit] calls, gathers, enlightens, and sanctifies the whole Christian church on earth, and keeps it with Jesus Christ in the one true faith."

Lastly, God the Father gives you ears to hear, the Holy Spirit calls you by the Gospel - which by God the Father's love you can now hear - and it is Christ Jesus who comes to you: For, "this is what it means when it says, 'behold, your king is coming,' You do not seek Him, but He seeks you, you do not find Him, He finds you." And it is Jesus who gives you Life - His Eternal Life - you who were cold and dead, you who were like a stone. This is your Jesus, Jesus who says, “I Am the resurrection and the life. Whoever believes in Me, though He die, yet shall He live, and everyone who lives and believes in Me shall never die. Do you believe this?” The love Jesus had for Lazarus, He has for you, "Do you believe this?” Amen.