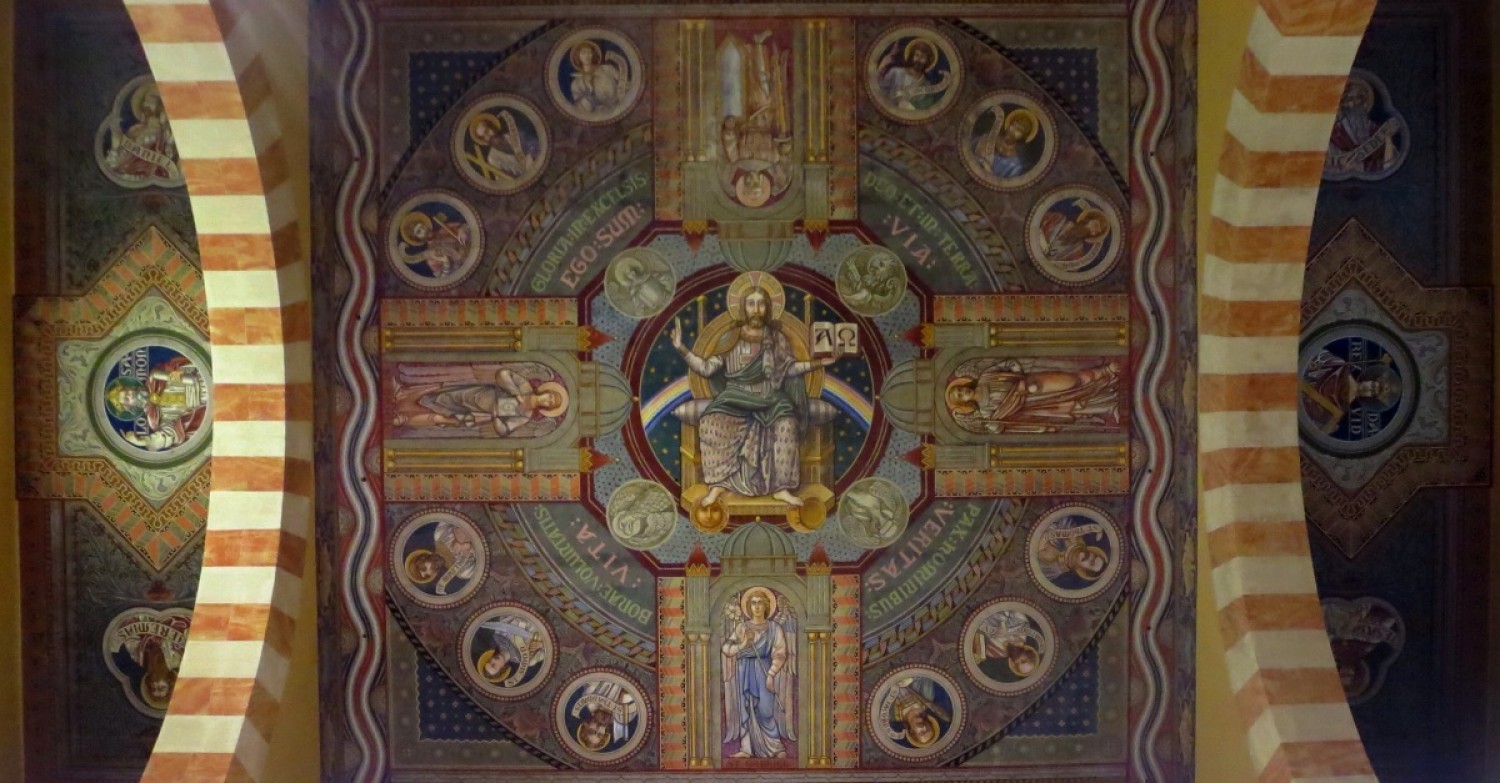 And Jesus went throughout all the cities and villages, teaching in their synagogues and proclaiming the gospel of the kingdom and healing every disease and every affliction. When He saw the crowds, He had compassion for them, because they were harassed and helpless, like sheep without a shepherd. Then He said to His disciples, “The harvest is plentiful, but the labourers are few; therefore pray earnestly to the Lord of the harvest to send out labourers into His harvest.”

And [Jesus] called to Him His twelve disciples and gave them authority over unclean spirits, to cast them out, and to heal every disease and every affliction. The names of the twelve apostles are these: first, Simon, who is called Peter, and Andrew his brother; James the son of Zebedee, and John his brother; Philip and Bartholomew; Thomas and Matthew the tax collector; James the son of Alphaeus, and Thaddaeus; Simon the Zealot, and Judas Iscariot, who betrayed Him.

These twelve Jesus sent out, instructing them, “Go nowhere among the Gentiles and enter no town of the Samaritans, but go rather to the lost sheep of the house of Israel. And proclaim as you go, saying, ‘The kingdom of heaven is at hand.’ Heal the sick, raise the dead, cleanse lepers, cast out demons. You received without paying; give without pay.

Grace peace and mercy to you from God our Father and from our Lord and Saviour Jesus Christ. Good Christian Friends. Jesus the perfect and only begotten Son of His Heavenly Father had compassion on the crowds, because they were harassed and helpless, like sheep without a shepherd. By sending out His twelve apostles Jesus, the Good Shepherd, gave these lost children of Israel under-shepherds; Spiritual fathers in the faith.  Who as under-shepherds would be responsible for “preach[ing] the word [preaching and proclaiming that ‘The kingdom of heaven is at hand.’]; [They would need to always] be ready in season and out of season [do do so]; [They would need to be ready to] reprove, rebuke, and exhort, with complete patience and teaching.”[1]

Saint Paul, who would be called by Christ Jesus to be one of His apostles later after Jesus’ death and resurrection, once wrote to the Corinthian Christians saying, “though you have countless guides in Christ, you do not have many fathers. For I became your father in Christ Jesus through the gospel.”[2] Later, of young Timothy who was becoming a pastor under Paul’s care and shepherding, Saint Paul said, “You know Timothy's proven worth, how as a son with a father he has served with me in the gospel.”[3] Today’s Gospel reading is a piece in the puzzle of what makes up the family of God that we are all a part of. In this family Jesus is our Brother, and our heavenly Father - Jesus’ Father - is our true father and in our lives we have men who have been given the responsibility to in some cases very literally be our father and in other cases to also be our father’s “in Christ Jesus through the Gospel” as Saint Paul says. Think also about how Jesus said to His disciples after His resurrection that first Easter Sunday, “Peace be with you. As the Father has sent Me, even so I am sending you.”[4] Jesus the perfect and only begotten Son of His Heavenly Father sent by God to these men, Jesus who all through His public ministry was calling, teaching and sending, calling, teaching and sending is sending them out to do the same, saying “As the Father has sent Me, even so I am sending you.” Yes even after He was raisen from the dead Jesus continued, and continues, to call and teach and send.

Our small catechism often begins sections of study with these worlds, “As the head of the family should teach it in a simple way to his household,” Pastors teach the faith; the word “pastor” is Latin for Shepherd. Pastors teach the Christian faith to the lost children, to children who have been found, to their own children and to the children of others; they teach what was given to them in Christ that is what they are faithfully called and sent to do. Fathers are entrusted with this same sort of shepherding in their household; they are entrusted with this same sort of task when it comes to their children. Dear fathers, you may not frequently heal the sick, raise the dead, cleanse lepers, or cast out demons. But you most certainly are called to give freely to your children what Christ gave freely to you in His holy word.

Maybe you had a father who took this to heart and taught to you the Christian faith – even at a time in your life when it was hard to learn with joy – or maybe you had a father who was not concerned with this God given responsibility and as a result you now have, or did have, a father in Christ Jesus through the gospel. Either way these men, whether fathers or pastors, or in some cases both, where sent by Christ just as Christ was sent by His Heavenly Father. Men, sometimes you don’t even fully understand or know how or when you’ve been sent until after the work is accomplished. That’s the way the Holy Spirit works sometimes, other times His work on Christ Jesus and God the Father’s behalf is more obvious.

For instance fifty years ago on the evening of June 11th 1967 at Faith Lutheran Church in Middle Lake, Saskatchewan Irwin Pudrycki was being ordained, there were a number of pastors there involved in this rite of ordination, conferring on Irwin Pudrycki holy orders publicly making him an under-shepherd of the Good Shepherd. One pastor who was there that day was Rev. Carl Wolski, who read to Irwin Pudrycki words from Saint Paul to the young pastor Timothy, saying “If you put these instructions before the brethren, you will be a good minister of Christ Jesus, nourished on the words of the faith and of the good doctrine which you have followed. Have nothing to do with godless and silly myths. Train yourself in godliness; for  while bodily training is of some value, godliness is of value in every way, as it holds promise for the present life and also for the life to come.”[5] Pastor Wolski was the preacher that night and the Holy Spirit was using Him as one sent by Christ to send another into the Lord’s harvest … skip forward a bit and on Sunday July 30th 1975 in Edmonton Alberta Pastor Wolski baptized me, I was only 10 days old. And now almost 42 years later I am here preaching to you. Pastor Wolski in his life was doing what Christ ultimately commanded his disciples to do preach, teach, baptize. He and Pastor Pudrycki, who celebrates 50 years in the ministry many of which he spent serving right here at Mount Olive, have been labourers in the plentiful harvest - Pastor Wolski is at rest in Christ from his labours - and Pastor Pud as he is able is still a labourer in the plentiful harvest. The Lord of the Harvest sent them to be under-shepherds and teachers and you men with children, you fathers, have been placed where you are to be shepherds and teachers in the little flock that congregates under your roof, within your household. The responsibility of fatherhood is a big one. To love and care for sons and daughters. To be, not just a biological father but also to be a father in the Christian faith. To have a compassionate heart for those that God has entrusted to you, who He has put in your care.

Now there are days when you fail in this work, days where your temper runs hot, times when you say what was not helpful or kind, when you are a bad example of the Christian life. For these times remember the forgiveness of Christ and remember the words He said that are both comforting and terrifying when Jesus said “be perfect, as your heavenly Father is perfect.”[6] Terrifying because we are sinners and are not perfect but comforting because the perfection of God the Father is as follows, “The LORD is gracious and merciful, slow to anger and abounding in steadfast love.”[7] This is the sort of Father you have in Him. His perfection towards you, His compassionate heart towards you as your heavenly Father is gracious and merciful, slow to anger and abounding in steadfast love. When you are not that way with your children ask for forgiveness from your heavenly Father and in Christ you are forgiven, when you have not been this way with your children make amends with them, seek their forgiveness and in Christ your family will be made stronger.

‘The kingdom of heaven is at hand.’ It gathers here in this place, it resides under the roof of your house. It lives and breathes in the streets, it is full of fathers and under-shepherds who are called and sent to preach and teach and share the love of Christ Jesus. To give the gifts of the Heavenly Father, the gifts of grace and mercy, patience and steadfast love: First in your own family and then with the rest of your neighbours. Amen.