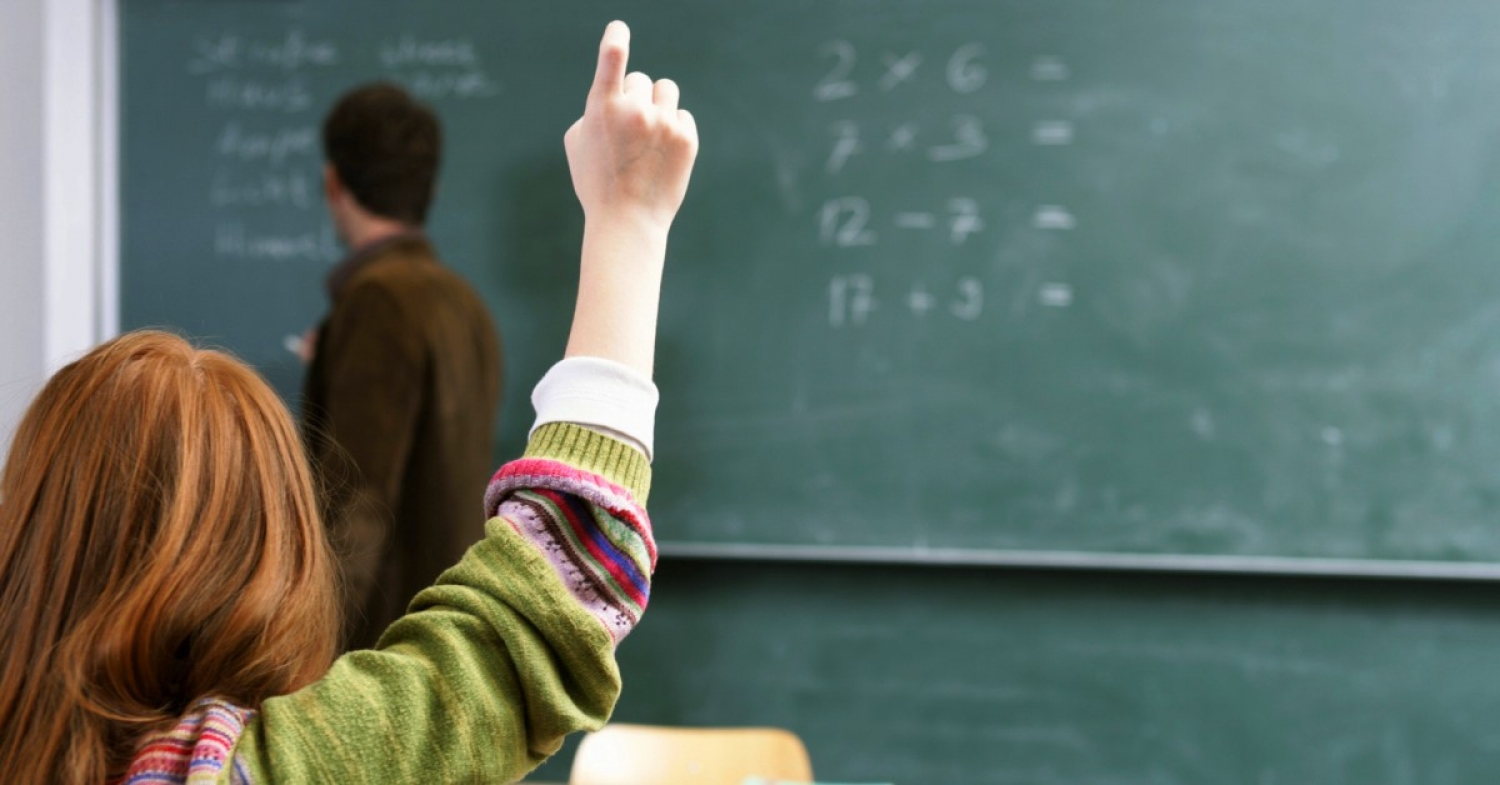 Now when Jesus came into the district of Caesarea Philippi, He asked His disciples, “Who do people say that the Son of Man is?” And they said, “Some say John the Baptist, others say Elijah, and others Jeremiah or one of the prophets.” He said to them, “But who do you say that I am?” Simon Peter replied, “You are the Christ, the Son of the living God.” And Jesus answered him, “Blessed are you, Simon Bar-Jonah! For flesh and blood has not revealed this to you, but My Father who is in heaven. And I tell you, you are Peter, and on this rock I will build My church, and the gates of hell shall not prevail against it. I will give you the keys of the kingdom of heaven, and whatever you bind on earth shall be bound in heaven, and whatever you loose on earth shall be loosed in heaven.” Then He strictly charged the disciples to tell no one that He was the Christ.

Grace peace and mercy to you from God our Father and from our Lord and Saviour Jesus Christ. Good Christian Friends. Again let’s start with the wind howling and the waves beating the boat, Jesus standing on the water as if it were as solid and steady as pavement, Peter when he saw the wind is beginning to sink into the water after just a few steps, he cries out to Jesus, “Lord, save me.” Jesus immediately reached out His hand and took hold of [Peter], saying to him, “O you of little faith, why did you doubt?” And when [Jesus and Peter] got into the boat, the wind ceased. And those in the boat worshiped [Jesus], saying, “Truly You are the Son of God.”[1]

The disciples worshiped Jesus saying, “Truly You are the Son of God.” And now, today in our Gospel reading, Jesus asks these very same disciples a question, “Who do people say that the Son of Man is?”

With School about to start again we move from one classroom (the windswept waves of the Sea of Galilee in the dead of night) to another classroom likely a bit of shade under a tree in the district of Caesarea Philippi. Can you remember your grade one classroom, maybe your grade 12 homeroom? Maybe there is some other memorable classroom from your school days? Think back to a day in the classroom, the teacher asks a question, they already know the answer, they ask it of the whole class, every last one of you are put on the spot. Someone is going to have to say something; someone is going to have to have an answer. There is a pause … and maybe while you should be thinking of the question, formulating an answer, you are instead thinking ‘who will answer for us?’ … and then a hand goes up. Often times it’s the keener, the ‘A’ student, maybe that was you, maybe not, either way an answer is given and everyone is relived that they didn’t need to be the one to give the answer. Maybe the question is hard … or maybe it’s easy … the disciples seem to think the first question Jesus asked “Who do people say that the Son of Man is?” was an easy question, under the surface it wasn’t actually an easy one it was however a leading question truly meant to teach them something. The second question, “But who do you say that I am?” is Jesus’ hard question, the question that leaves them puzzled and without answer. They could answer like they did in the boat, “Truly You are the Son of God.” But would that be the right answer to give especially after Jesus’ first question “Who do people say that the Son of Man is?” … so they didn’t immediately offer that answer to Jesus’ question.

Jesus’ question “Who do people say that the Son of Man is?” would not, at first blush, have been an apparent question about Him. Peter and the rest of the disciples would not have initially thought Jesus was asking them about Himself. This is why they don’t immediately have the answer Jesus is looking for, this is why when the right answer was given Jesus says, “flesh and blood has not revealed this to you, but My Father who is in heaven.”  You see the term Son of Man, had been around since the Old Testament (you might remember that in the valley of the dry bones God asks Ezekiel, “Son of man can these bones live,"[3] it was also found in the Old Testament books of Daniel,[4] Jeremiah,[5] Isaiah,[6] in the Psalms,[7] and in Job.[8] The Son of Man was a big topic of speculation throughout the period between the writing of the last book of the Old Testament and the events of the New Testament. Part of this speculation included questions about the conclusion of the last book of the Old Testament, Malachi; Malachi ends like this, “Behold, I will send you Elijah the prophet before the great and awesome Day of the Lord comes. And he will turn the hearts of fathers to their children and the hearts of children to their fathers, lest I come and strike the land with a decree of utter destruction.”[9] Some then thought, maybe the promised Son of Man will be Elijah returned from heaven, Elijah who didn't die but who was taken up in the fiery chariot.

That Jesus is both Son of God and Son of Man is a big surprise to them. However it’s less of a surprise for us today and both you with Peter have made this confession of faith in your life, him then and you know in various ways one way you’ve made it is in song, turn in your hymnal to Hymn number 537, let’s sing the first verse together,

The Jewish Scribes and the Pharisees and Sadducees, and the people of the day simply hadn’t expected that the long expected Messiah and the Son of Man would be the same person, that that person would be Jesus and that He who as anointed in the waters of the Jordan River by John the baptizer would be their salvation. This went against the grain … and so did Saint Peter’s answer. Peter who Jesus had described as one with “little faith,” Peter who had learned much since his incident on the water is now one to whom Jesus says, “Blessed are you, Simon Bar-Jonah! For flesh and blood has not revealed this to you, but my Father who is in heaven. And I tell you, you are Peter, and on this rock I will build My church, and the gates of hell shall not prevail against it. I will give you the keys of the kingdom of heaven, and whatever you bind on earth shall be bound in heaven, and whatever you loose on earth shall be loosed in heaven.”

This is a big turn of events for Peter and for the rest of the disciples, it is confirmation of what they had exclaimed in the boat when Jesus had calmed the storm, when they had said to Jesus, “Truly You are the Son of God,” and more than that it was a further revelation that the Salvation of the people of Israel, and all people, was indeed at hand in this Jesus. They now again had the beginnings of an answer to the riddle that had been puzzled over for centuries by the Jewish people, ‘when will salvation come?,’ they still didn’t understand all the details, but they were given by the Holy Spirit ear to hear and eyes to see who Jesus was, and is and ever shall be. To which Jesus says “tell no one that [I am] the Christ.” After Jesus has died and is risen from the dead on that first Easter morning then they will be free to tell everyone, the risen Lord Jesus Himself will command them to do it, but for now they are still learning what all this means. They are still in Jesus’ traveling classroom, being taught by the perfect words and deeds of Jesus our Good teacher.

So for you, you learn about Jesus in Church, in sermons, in Bible studies, in daily devotions, in Sunday school, in confirmation classes, in reading Scripture and in the midst of it all the Holy Spirit – the Third Person of the Holy Trinity – is enlightening you with the Gospel, which is to say He is revealing Jesus Christ to you, God the Father through the Holy Spirit is revealing Jesus to you, teaching you who Jesus is, so that you by your gift of faith can confess Jesus to be, “the Son of God,” “the Christ, the Son of the living God.” Jesus says, “So everyone who acknowledges Me before men, I also will acknowledge before My Father who is in heaven, but whoever denies Me before men, I also will deny before My Father who is in heaven.”[10] Saint Paul likewise in his letter to the Romans says, “If you confess with your mouth that Jesus is Lord and believe in your heart that God raised Him from the dead, you will be saved.”[11] And this dear ones is “the hope that is in you,” this is Jesus for you.

Now kicking around in the back of your head might be some worrisome thoughts,‘I have failed to boldly confess Jesus as Lord in the classroom of the World,’ ‘I have failed to correct people when they have belittled Jesus’ name by using it in vain,’ ‘I have not been diligent in reading Scripture, or attending church, or listening to Sermons, or in daily devotions,’ ‘I have not always been prepared to give answer for the hope that is in me.’ ‘I have not always, in every circumstance confessed Jesus to be “the Son of God,” “the Christ, the Son of the living God.” If this is you … in full or in part, repent, ask for the forgiveness of Christ Jesus and remember that He has died for all of this. Yet be encouraged, “for God gave us a spirit not of fear [and timidity] but of power and love and self-control.”[12] Embrace the gifts given to you in your baptism into Jesus and remember the answer Saint Peter gave that day, he did not give on his behalf only, he spoke those words for himself and for the disciples, he spoke those works for you and for all Christians, all believers in Christ Jesus, and the gates of hell shall not prevail against this Christian faith. When you confess Christ you do not only do it for yourself but for all of us too. Where we fail in our confession of faith Christ Jesus succeeded obediently confessing the truth all the way to the cross, through death, to His resurrection, to life everlasting.  In that we know He is the Christ. Amen.