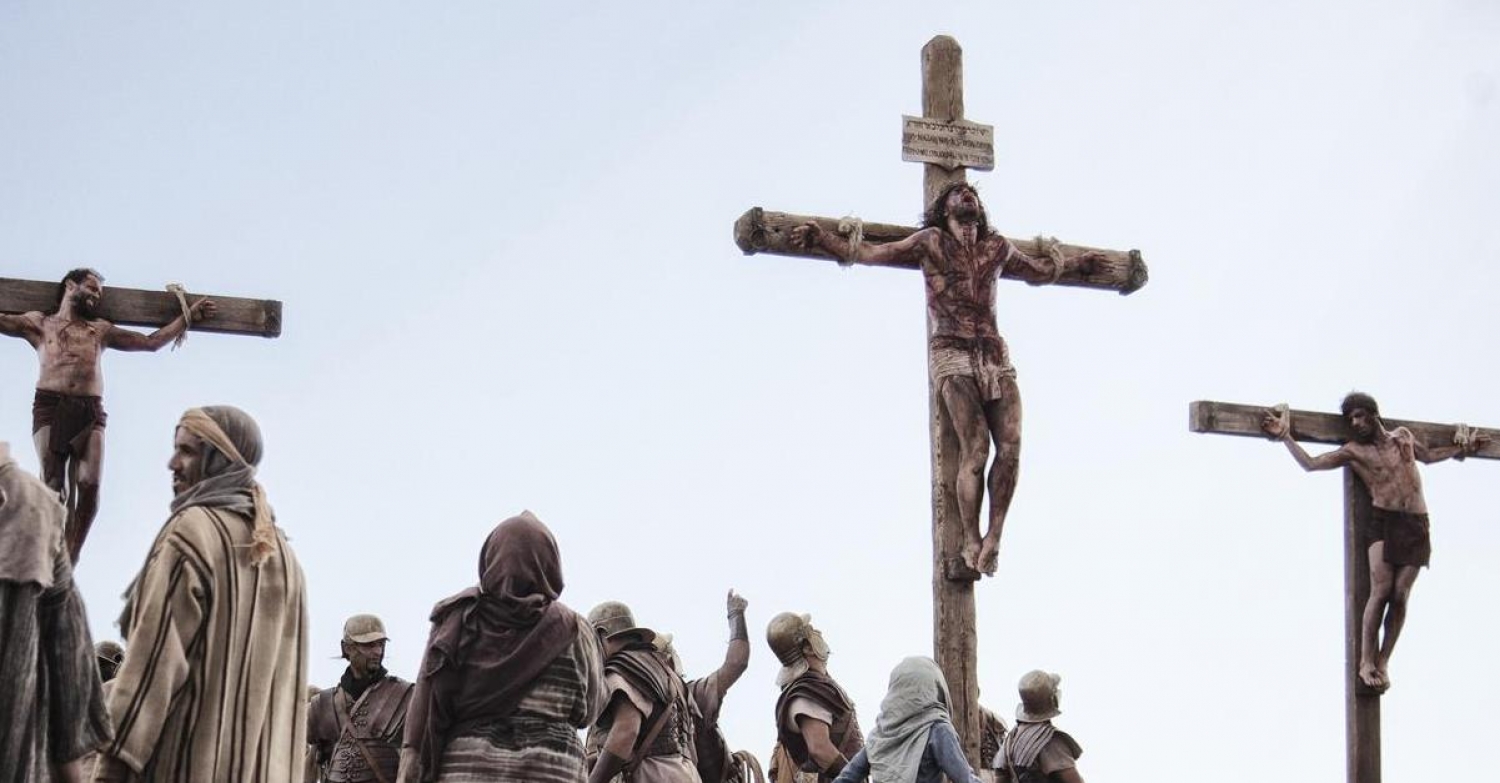 Intr –  Some time ago,  I watched a TV documentary about the life of Peter Norman. I learned then that he was part of an historic moment at the 1968 Summer Olympic Games. He was at the podium for a medal ceremony with two black American men, Tommie Smith and John Carlos. In that ceremony, Smith and Carlos raised their right arms high with their fists clenched tightly, the classic “Black Power” gesture. Norman, a white Australian, joined in the protest giving his support to their cause.[1] The documentary was showing how the three men suffered the same fate within their respective countries after that fact: reprisal. Their athletic careers were forever damaged. At a given point the documentary revealed one of the Americans, many years later, pointing out Norman and saying this about him: "Man, I would give my life for this man. Really! Right now, if I had to."

A noble attitude from a human perspective, no doubt. To give your life for another person. However, what if Peter Norman wasn’t a good man? What if he was found out later as a bad person? (That was not the case). For a good person, maybe we would be willing to suffer. But for someone who is evil…then, not so much…

This gives us a glimpse of the greatness of God’s love in Jesus Christ, who gave up His own life while we were still sinners. We were far away, removed from His sight, we were not good. But now, through faith we are close, forgiven. We are friends with him. More than that, we are children of God, through this same faith, as we heard from the epistle today. This is much more than solidarity or noble attitude. It is deep love.

In Romans 5, when speaking about God’s love, Paul uses the word Sinisthesin. Maybe you’ve heard about sinesthesia. Sinesthesia is a condition in which one sense (for example, hearing) is simultaneously perceived as if by one or more additional senses such as sight. Another form of synesthesia joins objects such as letters, shapes, numbers or people's names with a sensory perception such as smell, color or flavor. Synesthetes therefore may taste sounds, smell colors or see scents.[2] They may also see abstract concepts like time projected in the space around them. Some researches allegedly prove that these people — who make up 4 percent of the population — experience reality differently.[3] They have cross feelings, more than one sense is activated at the same time.

Here, the word sinesthesin is used to underline that God proves His love for us. We could use the synesthesia that we just mentioned as an illustration here. We are sinesthetes of God’s love, because more than one sense is activated at the same time. We receive and perceive God’s love in Christ not only in one sense, so to say – our mind – with words and rational concepts. It is comes at the same time to the heart. We can see the salvation, taste the salvation. We come to know His love, by faith in Christ, and we can feel it in our life. It activates more than one sense at the same time. Mind and heart, body and soul

God sinesthesin His love for us. He proves his Love. How do you prove your love for someone? With words, with gestures, with actions? Some people talk about love. Some people wish love. Some people want love. Now, what about... giving your own life? For how many people would you be willing to go to that extreme?

God PROVES His love, in an extreme way. God proves His love for us in the fact that He gave us his only son. He came. He died. He rose again. He provides us with reconciliation. We were far away. Now, we are very close; close to the Father’s heart.

By the way, that is something I always thought it would be so hard for someone to do. To give the life of your own child. Now that I am a fresh father that makes me feel even more how deep that proof of love is. I can’t imagine myself giving my son’s life even for good people that I know. Let alone for all the thieves, and robbers, and terrorists….This is what God did. That is the extent to which Christ went. This is a doubt-free proof of love.

When we feel down, tired, doubting if someone is still on our side we may remember: if God has so loved us as we were still his enemies, what can we say now that we are His close friends, nothing less than his Children?

Take a look back in your life and remember all those undisputable proofs of God’s love in your life. His blessings, His comfort. Moments when you thought  you’ve reached rock bottom, and He was there to lift you up. Moments in which He touched you inside by faith and brought you out of darkness. Because in Christ we are justified, we have peace with God. And because we have peace with God, we have a Saviour who is our peace every single day, no matter what, no matter where.

That is so because He is your friend. And He knows who you are.

This reminds me of a story.

“It was another busy morning, when at about 8:30am, I glanced out into the waiting room and noticed an elderly gentleman in his 80’s had arrived for his appointment. I remembered John from a previous visit and knew he had arrived to have stitches removed from his thumb. I greeted him and asked him how his hand was healing. He stated it felt fine and that he was in a hurry this morning because he had another appointment at 9:00am.

As I watched John sitting in the chair, I noticed him looking at his watch frequently. Knowing the physician was running a bit behind, I thought I would take the stitches out of his hand and allow him to make his other appointment. While taking care of his wound, I asked John if he had another doctor’s appointment this morning as he was in such a hurry. John quickly replied, “No, I just need to meet my wife at the nursing home to eat breakfast with her.”

John went on to share with me that his wife’s health was not good and that she had been at the nursing home for a while suffering with Alzheimer’s. As we were quickly approaching 9:00am, I asked John if his wife would be upset if he was a few minutes late. He replied, “She no longer knows who I am, she hasn’t recognized me in five years!” Wow, did that catch me off guard! Holding John’s hand, I asked him, “And you still go every morning, even though she doesn’t know who you are?” He smiled and he patted my hand and said, “She doesn’t know me, but I know who she is.”

Cc - God knows who you are. Jesus knows you better than yourself. No matter the situations in life may undergo. No matter where you are. You are justified by faith, you have peace in Him. You are known to Him. You can carry on in life knowing that He made you friends with Him.  Jesus gave His own life for you and me; for Peter Norman, for the blacks, for the whites; for you.  For all and everyone. We are saved in Christ. Now we have peace with Christ. For now and forever. We will receive from his hands the medal, or the crown, of the eternal life.

[1] Norman wore a badge on the podium in support of the Olympic Project for Human Rights (OPHR). After the final, Carlos and Smith had told Norman what they were planning to do during the ceremony. As journalist Martin Flanagan wrote; "They asked Norman if he believed in human rights. He said he did. They asked him if he believed in God. Norman, who came from a Salvation Army background, said he believed strongly in God. We knew that what we were going to do was far greater than any athletic feat. He said, 'I'll stand with you'." Carlos said he expected to see fear in Norman's eyes. He didn't; "I saw love." On the way out to the medal ceremony, Norman saw the OPHR badge being worn by Paul Hoffman, a white member of the US Rowing Team, and asked him if he could wear it. It was Norman who suggested that Smith and Carlos share the black gloves used in their salute, after Carlos left his pair in the Olympic Village. This is the reason for Smith raising his right fist, while Carlos raised his left.
https://en.wikipedia.org/wiki/Peter_Norman