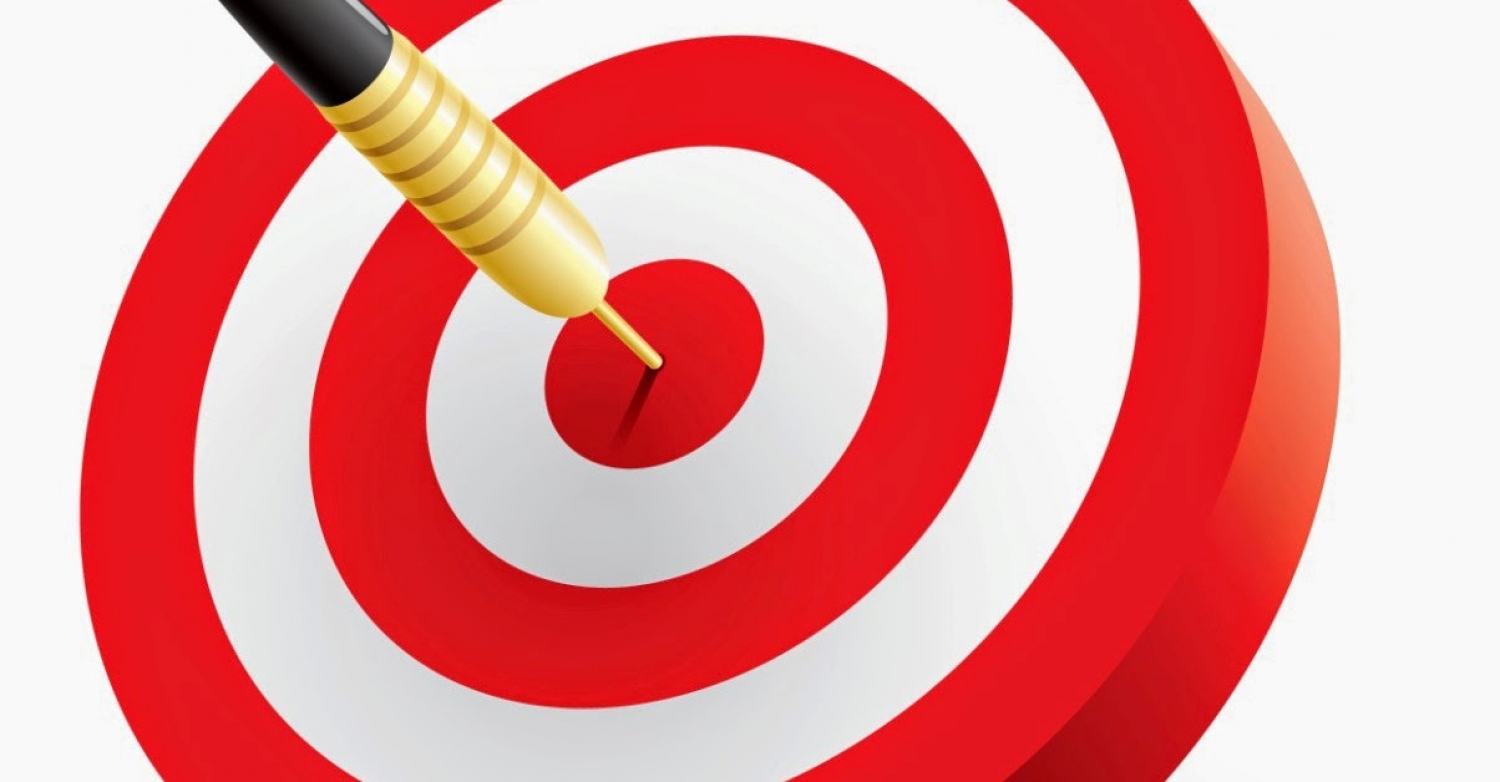 Text: 1 Corinthians 9:16-23
Theme: “For the sake of the Gospel”
___________________________
Intr – Why do you go to the football stadium? Why do you go to the hockey arena? Why do you sit down for hours at a baseball game? There may be lots of reasons for that. Fun, friendship, a couple of beers. Kill time, have something to do. You may even undergo a variety of things to be able to get there in order to enjoy the game. Stand in a bus stop below zero waiting for the bus. Bundle up to face minus 22. Put up with annoying people screaming in the seats nearby. In a way, you would become all things in all situations to acquire your purpose of getting there, enduring it for different reasons.

In first Corinthians 9 Paul is talking to the Church about different aspects of the work of the Church. But one thing stands out in his speech: win and loss. There are things he considers as win, others, as loss. He starts by saying he is free, but also, a servant. He is free to serve. He is not bound by any law other than the law of love.

Then, he goes on to mention he became all things to all. He wanted to weigh in the conversation of the time. He wanted to be with people where they were. He wouldn’t mind to yield here and there when it came to culture, habits, or preferences if he saw there an opportunity to share Christ. The four groups which he has in mind are: the Jews, people under the law, people outside the law, and the weak. “Become all things to all People.” This is Paul the missionary.

We can’t stop reading here though. We need to be aware of the reason he does so. We need to let His purpose sink in: to win people to Christ.

And, notice what he adds: to win some. The Church needs to be always aware of the fact that sometimes she will go small in numbers. In one hand, small numbers may mean small effort, lack of understanding of the surrounding culture and even some accomodation and laziness in sharing the Gospel. But in the other, small numbers also point out to situations when we are sharing faithfully the Gospel as clear and as lovingly as possible, but still the spirit of the time will turn ears away from it.

Together with Paul, we can also be all things to many people. We can employ all efforts to connect to people, establish relationships in order to bring Christ to them.  There is only one thing we can’t do: we can’t compromise the Gospel. Paul declares explicitly that he has become all things to all people with two purposes:

To save some.
For the sake of the Gospel

TO SAVE PEOPLE- If one sentence can convey the wider and biggest purpose of a Christian Church, that would be: TO SAVE PEOPLE. Of course we can have, and we need to have, a local, specific outlook to the reality we are inserted in. Just like our Congregation has declared some time ago its Mission to be: “Proclaiming the Gospel and equipping God’s people.” However this stems from that major declaration. Let’s consider for a minute:

Why do we have Services: To keep people coming at least once a week? Why do we have different functions in the Church -  so that we have more people involved, and involvement means participation? Why do we bring our offerings – because we have bills and salaries to pay? Why do we put out community outreach – because we need every so often to draw some attention; for virtue signaling; or perhaps because we need to justify our non-profit organization status? Why do we own a beautiful facility like this – in order for people to have a nice place for coffee, weddings and funerals?

Of course, this is implied too, many of these aspects are natural consequences of a living community of faith. We want to bring people together, we want to establish relationships. We want to help to build the community, both close and at large. But we can never lose sight of the big, compelling and ultimate reason why we do all of this: To save people.

FOR THE SAKE OF THE GOSPEL -     But there is only one way of doing so. FOR THE SAKE OF THE GOSPEL. When Paul says he became all things to all people, he is not implying that he would change the Word to please people. He means that he would be willing to adapt himself to the circumstances, culture, needs and sensibilities of his hearers, of the people he wanted to connect with whenever needed, but never by compromising the Word of God –on the contrary, for the very sake of the Gospel.

Well...couldn’t he have these things in a little different approach? For example, being a little more sensitive to culture, perhaps not being so straight forward about sin, death, hell and things like that. The same about Grace, about the only Way in Christ, about how we do 0 per cent and God does 100 per cent when it comes to salvation. Perhaps by omitting this he could win more people, could connect to a larger audience. Win more and more souls to the Kingdom. In the end, it is not that he would omit it altogether, it is just that he would be saving some parts of the Gospel, especially the “hard stuff”, for a later occasion.

There is for sure value in the idea of choosing the way you approach people with the Word. Having worked in an University Campus for 13 years I came to learn that different approaches to different needs are requested, if you don’t want to shut many ears immediatly down. It is really helpful to be sensitive to the place where people are in their lives, so a better way to communicate with them may be developed. Evangelism implies taking some risk after all, because when you are trying to reach people who are not familiar with Theological language in order to SAVE THEM – fulfilling the greater Mission of the Church –, you will find yourself many times skating on the edge.

Assuming risks though doesn’t mean abandoning truth. I illustrate it with an episode of my Seminary times. When talking with one of our professors about evangelism, and the “Accept Jesus” x “Jesus comes to you” tension, I ventured this hypotesis: “But professor, what if we would yield to use the “you must accept Jesus” just to get people to Christ, because that is the way they better understand this process. It is natural for us humans to think that Salvation is out there, and you either accept or reject it. Later on, as they became Christians, we could go further with them in Scripture and teach them how it actually took place in the first place – that is, when you said that you accepted Jesus into your heart, it is because He had already brought the gift of faith to you”. For a 3rd year seminarian I thought that was a pretty clever idea to help advancing the Kingdom and saving more people.

The professor then blew away my evangelistic castle of cards when he said: “Well, then they would discovered that you lied to them in first place”. All would have started with a lie.

So true. How can we hope to bring people to a real and close relationship with Jesus starting with a lie? Or with half truths, with the good intention of not hurting feelings or not being way to much outside of the mainline train of thought?

Back to the sports analogy, what about me trying to convince you to come with me to a soccer game, but using terms from football, just to make you have the feeling you might like it, and get you in the stadium? It might as well be that once you are there and the game starts, you would like it even though there is no touch down, fumble, scrimmage line or clock stopping as I told you. But chances are that you would be both angry with me and never coming back to the Stadium again.

We may fail as we take risks when sharing the Gospel. Actually, we will fail. But that shouldn’t be reason enough for us to be lousy or lazy as we do it. With Paul, we would say: I become all things in all TO WIN SOME, FOR THE SAKE OF THE GOSPEL.

There is no "better way of hurting someone." If it hurts, it hurts. If the Law of God hurts our feelings of being able to win and conquering God;s favor, wby showing our sinfulness. So it be. Also, if the Gospel sounds like craziness to many ears, perhaps it’s because it really is!.... The Law comes to shatter the expectations and hopes of the self and to point to the Gospel, that will lift us up as we notice God’s Grace overflowing our hearts. We cannot water down the message to please our human expectations. Especially in times when lots of human expectations, theories and ideologies go directly against the Gospel.

We can however become all things to all. God sends us to be bearers of the Good News of salvation in Christ. Jesus sends His Church to SAVE PEOPLE, to work FOR THE SAKE OF THE GOSPEL.