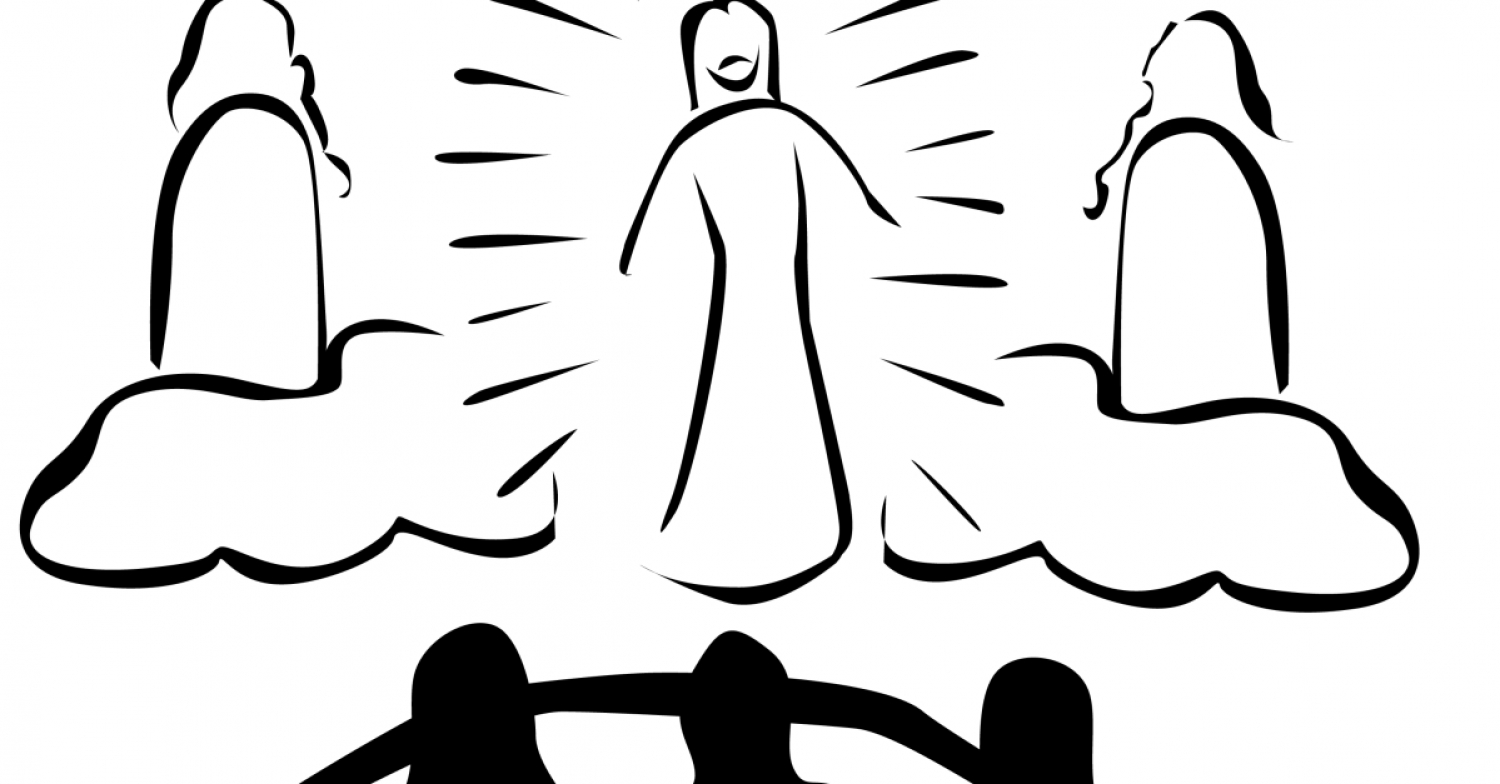 Text: Mark 9:2-9
Theme: Christ’s act - Him be hearing
___________________________
Intr – During Superbowl LVII this year, as it is common for all Superbowl Sundays, the next big thing after the result of the game is talking about the ads that seem to endlessly run in the commercial breaks. (It is not like that in a soccer game, I guarantee you). One of them that got people talking about was the Tide detergent ad.

The idea communicated to viewers in their add was that every single commercial on TV comes down to a “Tide ad”. The actor would break into different types of adds – cars, beer, family, beach, fun time, and so on –, point to the oufit worn by the actors and say “Tide ad”. The whole point of the commercial was: no matter what you are willing to announce in your commercial, you’ll always need shining bright clean clothes for the cast; cleaning clothes is Tide’s job. So, everything is a “Tide ad”.

What led me to bring up the Tide ad on the transfiguration Sunday? Well, the first reason was the verse of St. Mark that says “white as no one can bleach” Many clothes cleaners boast themselves of a perfect white, or perfect, bright colours after you use them. So if we think we have seen clean, dazzling clothes, what about “ as white as no one could bleach?” We can be sure that what happened there was not something humans could work. If they couldn’t even do with with clothing what was witnessed there, how could they even begin to do the rest of it? What an amazing event the transfiguration was.

Speaking of the event itself, another aspect of the transfiguration experience: Moses, Elijah and Jesus were there. That is, the whole written Word of God was represented before the disciples.

From the text, we learn also that Jesus didn’t want them to put out tents for Him and the two guests on the mountain. Because the very content of their conversation was down there, in the prairie – the real life they had among the people, and especially Christ’s cross-driven mission.

And then there was the Voice. The same voice heard at Jesus’s Baptism. The same phrase. The same message:

In Greek, the sentence reads: Him be hearing. Two things are demanded here: 1) to listen. 2)To listen to a specific person. And things are in the proper order: “HIM BE HEARING”.

And here is the other connection with that Superbowl ad. In that commecial, the actor would should up in virtually any type of situation for TV commercials and point out to the characters’ clothes and say: “You see? Tide ad.” The main message was that Tide is present in every aspect of every commercial, because every commercial requires clean, bright clothes.

PLaying with the sound of the words, I would point to the Father’s voice saying “Him be hearing” and say to you today: CHRIST’S ACT. Yes, when we look to every situation of our lives with Christ, we know it is not a Tide ad. What we see is “Christ’s act”. Christ is there. Christ is in action. Christ is behind everything we do, We can point out and say: “Christ’s act.”

_Sorrow and pain/Life and death – even in sorrow? Even in life and death situations? Yes, especially in them. This may sound a little off the wall to our contemporary ears. Who wants to point out to loss, sorrow, lack of richness and say “Christ’s act”? In a time when many people, including churches, advocate the idea that if you are a Christian you’ll be a healthy and wealthy type of person... “Christ’s act” in problems, in times of loss, in my not prosperous times? No way...

But Christ comes to every situation in our life. He came to make our life intensively clean from sin in a way nothing and no one can bleach out it. We can’t bleach our lives out of sin with self righteousness. We can’t bleach our lives with works. We can’t even clean our lives by mere positiveness or feeling good like thoughts. We need “Christ’s act”, His action on the cross is the one that changes our lives. Is the one that cleans our hearts. Christ’s action in a once and for all way.

Also, Christ’s acts are there in our daily life. Sometimes we ascribe to different things, like luck, serendipity, chance. Sometimes people ascribe even to different types of power or energy that surround us. But for the Christian it is unmistakable: “Christ’s act.” He takes action in our lives.

What the problem usually is when we have hard times seeing and confessing it? In such times we might be away from that voice that says: HIM BE HEARING. As sinners, we would even HIM BE TEACHING, that is, tell God what He should do in our lives, before, or instead of, HIM BE HEARING.

Take Peter for example: on the mountain top, instead of hearing, he started talking. And then uttered all the wrong things.

And Him be hearing is completely different thing compared to a Superbowl ad. Because no matter what product is being publicized, even if they bring satisfaction to 90% of their consumers, there will be always people dissatisfied with it, to whom that product did not delivered what it promised. In Christ, there is no such thing as “not delivering what he has promised”. He is 100% effective. In His Word. In His Sacrament. In His presence. Every day.

Cc - One day we will be wearing clothes so intensively white no one on earth can bleach. This is what we learn from the book of Revelation. That will take place in Heaven, our final destination through faith because of the greatest Christ’s act of all: His death on  the Cross and resurrection. As we live our lives in the manifold situations it presents to us, He calls us to Him be hearing in each one of them. Because each step in our life is nothing less than a Christ's act.