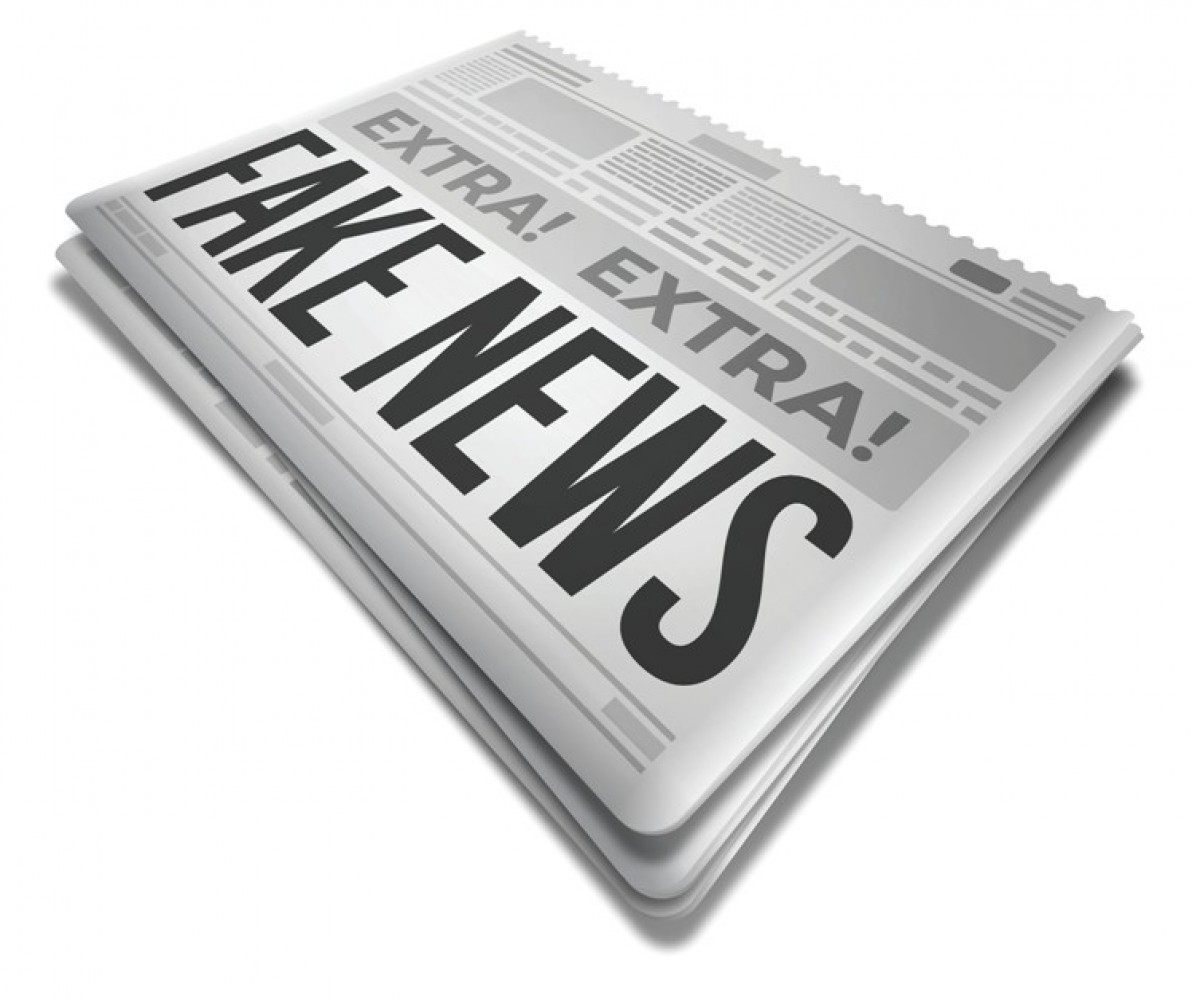 Text: John 14:15-21
Theme: The Spirit of truth
___________________________
Intr – According to some opinions, we live in the Post-truth era. This definition has got evidence lately to a point that the Oxford Dictionary has picked it up as “The Word of the year” for 2016, with the definition: an adjective defined as ‘relating to or denoting circumstances in which objective facts are less influential in shaping public opinion than appeals to emotion and personal belief’. The prefix “post”, Oxford explains, means “belonging to a time in which the specified concept has become unimportant or irrelevant”.
“And yet everywhere”, says a web article, many people and the tech industry “are loudly worrying about truth and how to save it. It’s as if truth, far from having become irrelevant, has shot to the top of the cultural agenda.” The term is employed mainly for the political environment – although it might as well already have spilled over to different areas.
In that context, the expression “fake news” emerge as one of its main features and it is used everywhere, all the time, for anything. Even if there’s actually something true being told or reported. All you need to do is to attach that label. People reporting the truth will spend double time and effort trying to get rid of it. “Fact checking” is the alleged antidote to that.
But while we may think this is a hype of our times, we will notice it’s nothing new. We can look to the 1700’s and read John Arbuthnot’s saying in a sarcastic pamphlet published in 1712: “The People may as well all pretend to be Lords of Manors, and possess great Estates, as to have Truth told them in matters of Government.”
But I’d also let you know that Post-Truth is also found way back earlier – in the best selling Truth book of all time. Yes, the Bible. Actually, in today’s Gospel.

_The true news we sometimes think or wish would be fake
Before getting to that though, I would like to tackle something with you that happens more frequently than we would like it to. I am speaking about the True News that we sometimes think or wish should be fake ones. Or we treat as such.
We can find several in today’s readings. For example:
Acts 17 – Paul says: “What therefore you worship as unknown this I proclaim to you. The God who made the world and everything, being the Lord of Heaven and Earth”. Well, that could be a little embarassing when we talk to friends in the world. It would be better if those were fake news and we could speak of “Mother Nature” instead of Creation. The same about that part telling that God “made from one man ever nation of mankind”. And maybe Adam and Eve are just a figurative way to describe how human life appeared inside Mother Nature...
Paul says further: “He has fixed a day on which He will judge the World in righteousness by a man who he has appointed”. I think that might as well be fake news, since the Bible says elsewhere that God is love. So how will he condemn anyone? Wouldn’t He in the end show mercy to everybody?...
Then Psalm 66 brings in it that idea of “offerings to God”. Isn’t that fake news religous people and priests plunked in there just to press people to give them money? God is God, why would He need money?...
Moving ahead, we come to St. Peter’s first epistle and we run into “always being prepared to make a defense to anyone who asks you for a reason for the hope that is in you”. Hey, that’s a pastor’s job, isn’t it? I go to church and do my part but there’s a guy who studied and is paid to defend the faith. I am well excused if I can’t even explain why someone who does not believe in resurrection just can’t be a Christian or why did Christ have to suffer on a Cross as God and man. I’ll leave that to theologians.
St.Peter says also: “Even if you suffer for righteousness’ sake, your are blessed”. Now, these perhaps are not not only fake newsbut a blatant lie. That’s masochism - a love for suffering. “God created you to be happy”, says everybody around (actually, many facebook posters). You should get rid of what is bad for you. Choose only good things. Better be happy than be right. Why would you suffer for any reason?
Now back to our Gospel, where we should take a careful look. Not that Jesus would spread fake news, but maybe John misinterpreted him while writing his text. Because, come on, “Whoever has my commandments and keeps them, he is who loves Me”? But I know lots of people who declare themselves as atheists and still do good.
Another one: “If you love Me, you will keep My commandments.” Well, that could be only partly true. Like, we wish Jesus wouldn’t be at our side, or wouldn’t send us His Spirit to be with us in some places we go, somethings we do, some websites we visit or some comments we make. He could pretend on being deaf and blind for that and still consider me a good role model person...
Several examples from many that could be mentioned. True News are made into a different thing because they clash with what we would like to believe and apply to the context we live in.

_Post-Truth
Fortunately, for our good, Christ shares no Fake news, but only True news. They are always true. Sometimes they are LawNews. But mostly they are GraceNews.
He promises another Comforter, implying that He was the first one. But he came for a limited time. The Parakletos, the Comforter, will stay with them forever. Especially on the Pentecost they will see that promise coming true.
And, that’s what I meant by The Post Truth that is found in today’s Gospel. Obviously is a play on words – but not so much. We heard last Sunday that Christ is the Truth. Now, we hear Him promising another Comforter – the Spirit of Truth. It will come after him. So, post-Truth, post-Christ we will have his Spirit of Truth – which will point to Him, make us remain in Him, strengthen our faith Him.
But here we have the post-truth that...remains truth. That’s why he is called The Spirit of Truth. He points to Christ, leads to Christ, witnesses of Christ to our hearts and lives. He gives us very comforting GraceNews who are ad will always be true.
_The Father will give you another Comforter
_You see him by faith
_I will not let you be orphans
_Because I live, you shall live too
_He who loves Me keeps my commandments – what is primarily law urging us to show faith through works is also a note of Gospel, when we remember that we love only because he has loved us first.
In Christ, Truth is not relative. Is always absolute. It is not evanescent, but constant. It is not man given, but God Given True News.
And, He is the Spirit of Truth that the World can’t bear, because it knows not the truth. That’s why we can always share the truth. That’s why we can remain faithfuil to the Truth, for example, in the afore mentioned examples:
_Yes, God created the world and everything there is. Father Creator, not “mother nature”
_Yes, God will come to judge the living and the dead through Christ. He will condemn. But He wants the most to save all the World, through Christ, because of His mercy and love.
_Yes, we are called to respond to God’s love offering not only money, but all our life, to place everything in His hands. Even if the Church had an 8 digits bank account, bringing offerings to God is a part of Christian life, always.
_Yes, we are called to be ready to give reason of the hope. That’s why God called us to be in constant contact with his Word and Sacraments. To learn, to love, to live, to witness.
_Yes, God created you to be happy. Happy because of faith in Jesus. That will bring problems and suffering sometimes. Actually, to this day Christian faith is the most persecuted one in the world. But we are still happy, because we are suffering not for evil, but for righteousness,.
_No, without faith in Christ it is impossible to please God, says Hebrews, So even though some outward works we see around look like good works before God, they are not. They are good for the social fabric, no doubt about that. But without faith it is impossible to please God.
_And yes, God calls us to obey his commandments. Everytime and everywhere. “The test is always obvious and simple: a true disciple, one who really loves Jesus always does more than pretenses; he/she cherishes and guards every precept of Jesus which he has by holding to it to his heart and his life against all opposition.” James woudn’t let us forget in his epistle: faith without works is dead. Faith saves alone. But faith is never alone. Otherwise, it is not faith at all.
That’s why we need GraceNews. In a world full of fake news and post-truths, that appeal to emotions and false judgements, Christ sends us the Spirit of Truth, to Comfort, guide and strenghten us. To keep us in the ever important and relevant truth of His Word. Yes, far from having become irrelevant, The Truth, the Word of God will be always at the top of the Christian life.
Still, in the end someone could approach you with the argument: “Well, so what? The Bible was written by humans. Humans make errors. How could I trust it? No way”. Well, we might as well in a pure human level then close our Bibles, look at the person with caring love and ask. -Well, fair enough. So now tell me, the books you rely upon and believe – who wrote them?

Cc- We know the are True News: Men spoke the Truth from God, moved by His Hoy Spirit. The Spirit of truth. Post_Truth, that is, after Christ, but with Him. He came as our Parakletos, another Comforter, to keep us in the Truth and the Love of Jesus’ work. Grace News. And He leads us to our Post-Life home. Heaven. Amen.