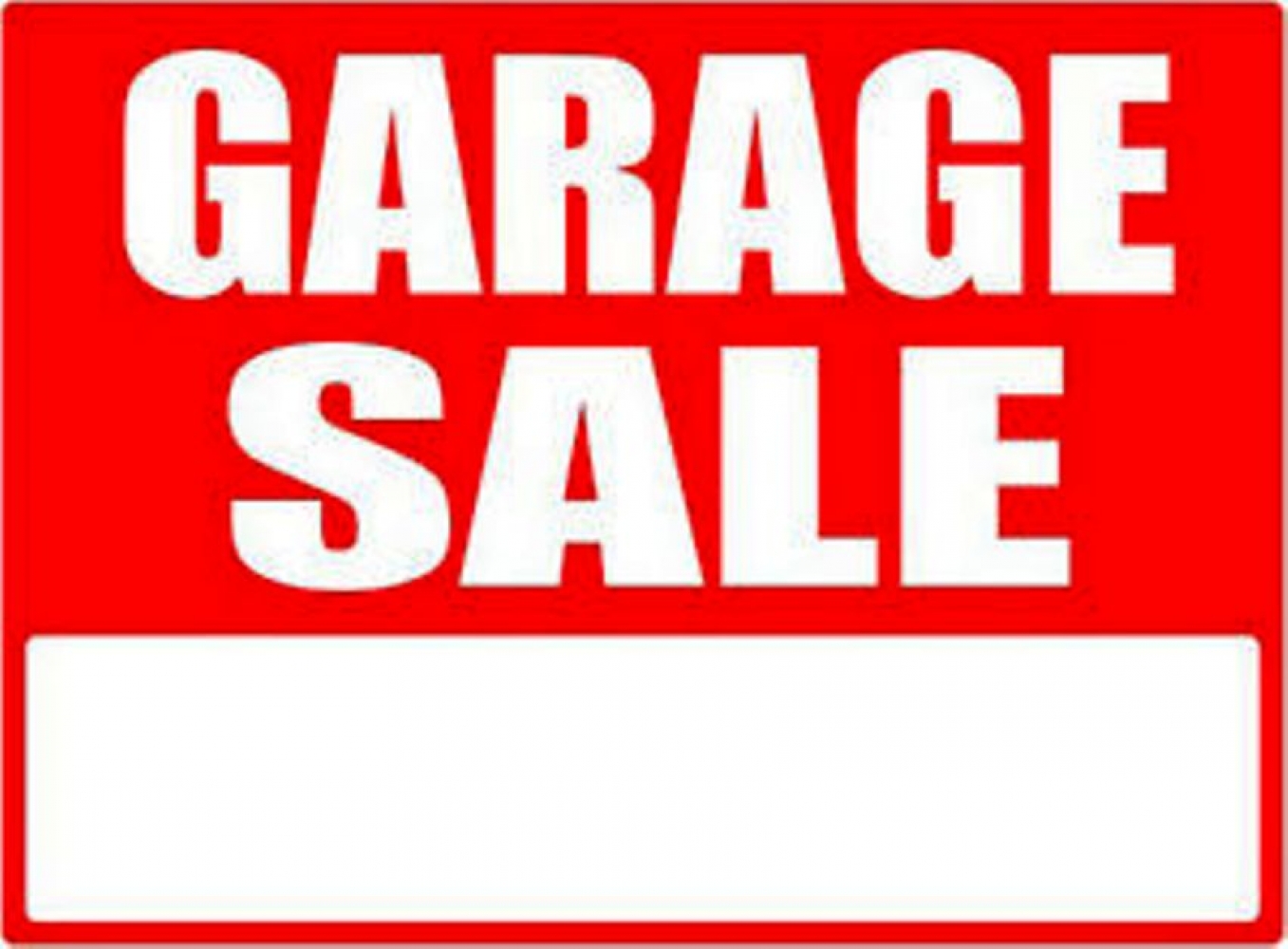 When you prepare for it you open your garage and start some cleaning and tidying up, right? Then comes the main purpose of the endeavour: to sort things out. Old or new, dusty or dazzling, whatever you find in that has been accumulating during the 6 months of winter, or even longer, and the garage will first need a good looking over prior to the event.

Now what would you say about things that are for sale in a garage sale? What is precious and what expendable? Useless or useful? What is in the end good and what is garbage? How to separate the wheat from the chaff?

It depends on who looks at them and how do they look. From the sellers’ standpoint they may be something quite different than from the buyer’s view. In my first garage sale in Canada, I bought for 1 dollar a book that is in my top 10 list. I have paid at least 25 dollars for the Portuguese version of it. Twenty-five times more!

In the end, I think what the garage owner thinks is this: “I will not hide any of these things. They will be all displayed here in plain view to the buyers discretion. Their final decision is what in the end will decide what is going to be saved and what is going to be dumped as garbage.”

Whereas every illustration breaks at some point, I would risk to say that this fits in with what Jesus teaches us today in the Weeds and Wheat parable. A parable about judgement and salvation.

But I don’t want to spend much time speaking about the weeds, getting the sickle in my hand and inviting you to join me to go out cutting off as many as possible. That’s so dangerous at some point that even Jesus’ recomendation is that we don’t. We can learn from History how many times even the Church failed by doing so. Jesus gives us the hint: in the end that weed and wheat will be set apart. And BTW there’s huge possibility for many suprises at that point.

I would say that one of the main points Jesus is making with His parable is that we can’t point at someone’s sins and affirm: “Look, there is a good example of a weed”. Can you imagine how many said that of Saul, later called Paul, the persecutor of Christians, when he started to preach the Gospel? Or how many times this is said of a neighbour that thinks differently than us? Even within the Church there is sometimes lots of “spotting the weed” type of thing, trying to sort out in advance the saved and the doomed.

I want to spend less time today talking about weeds and more about the importance of, Christians, Children of God, being and continue to be wheat.

It doesn’t seem that our first and main priority as Christians is to go out to spot and rip out as many weeds as we can and as quick as possible. By this I mean that this is not the first thing that must be done, “witch hunt” type of thing. It is to much of a risk of hunting the wrong witches, cutting the wrong heads. Even sometimes sending people away from Christ and the fellowship of brothers without proper treatment and care with God’s Law and Gospel.

We must of course have a sound and clear Biblical teaching and perspective on issues that matter. But our main goal as a Christian Church should be to seed God’s seed, so that many may grow as healthy wheat, bearing the fruits of a Christ-centered, Bible-based life.

Our priority as Christians is to be wheat. To be salt of the earth and light of the World. Just in case we haven’t realize yet, Jesus makes it clear: to some extent, to some degree, we must live with the weeds. Even inside the Church. This does not refer to situations where clear doctrine or teaching are under jeopardy – because in that case things are clear and we must take a stand. But it indicates primarily blurry, grey zones where we are under risk of, by trying to rip out the weeds we cut also the wheat off. We need to slow down. To take it easy. Sometimes the grey zone is bigger and more unclear than we first thought.

Many of the controversies in the Church, present or past, fall under that category. They are or they were not a matter of doctrine, but of practice, relationships, vision of world, or even stubborness and clinging to “What I think is the right way of doing things”. And I guess we all can recall at least one situation in life when we saw people being pushed away from the fellowship of the brethren for such situations.

Moreover, it is important for us to watch out so we don’t become weed. Paul warns us “Therefore let anyone who thinks that he stands take heed lest he falls”. We are 100% just, saved in Christ. But we remain 100% sinners. We need God’s Law and Gospel continually to keep us well planted as wheat in God’s farm.

When we realize this, that we still live in sin, some questions get some answers that even if they are not fully grasped,  they at least calm down our hearts.

_”If I tried to do everything right, how come things went wrong?”

_”I attend church regularly, how come this happened to me?”

Jesus calls us to be and to continue to be wheat. That involves:

To be wheat – repentance

To be wheat – Living God’s principles

To be wheat – Sharing His love

Especially, to go to God’s Word  to discover what a lush plant looks like, and not to mirror ourselves in worldly standards. God gives us in His Word what the wheat looks like, so we can be sure we are in His hands and so we may calm down our impetus of chasing the weeds down.

To be wheat – Doesn’t mean we are going to be conniving, co-operating, commiserating with errors, but we show love to the person in error. Just as God shows us His love even though we are sinners. We are called to embrace prior to ripping out. We are called to help prior to scolding. We all need this by the way.

When we look to Jesus’ explanation of that parable, we know that to be wheat is to hold our sickle back a little bit and to practice love and consideration. Whenever we are before a blurry situation, when quick judgement is hard to be laid out, that’s possibly because it shouldn’t. God’s angels, on the last day, will bring in the harvest. They will separate the wheat from the chaff. God will have weeds headed to their due place and the wheat in the palm of His han.

There’s also a wonderful thing that, whereas in nature is not possible, it is possible and doable as we share His Love. When we live as wheat, nurtured and sustained by our Father the Good Farmer, we may be vehicles of the Word that turns what we see as weeds into God’s wheat. Actually, that’s what He germinates and grows in us. We were made His children, His flock, His plantation. That’s what He wants to make with all. Instead of ripping them out He wants to make them beautiful wheat plants which become part of His blessed harvest. Bearing the fruits that are a result of being on the ground of His Word and Love.

That happened not because of a sale, but from a purchase. Christ purchased us from sin’s "hellage sale" with His own blood. From people going to be dumped as garbage, we became precious in the Hands of our Father. “What do they say, “one man’s trash is another man’s treasure”. He paid for you in full and you are now His treasure”[1]. We are His. Whether during the summer of good days or the winter of problems and sorrows, he is not sorting us out to get rid of us. He keeps us as precious children of His own.

Cc – As a final note, as we look around in our culture, we see lots of voices trying to tell the world that religion is one of the worst plagues on earth. Many opinions and even supposedly serious research are put out trying to prove that the world would be better off without religions and especially without us Christians. In a way, we are deemed to be the weed of the world.

But that is ok. This is like a garage sale. What some people deem to be headed to waste, in the end is a precious treasure in the right Hands. For some, we are weeds. But for God we are precious. We are wheat by His Grace. And we are precious also for many people craving for a message of peace and hope we are very welcomed items into their lives. As we go into the world being wheat to many we live the joyous assurance of the precious harvest in the last the day. The day when we’ll be welcomed not into God’s garage, but into the place he has already prepared for us in His Eternal Mansion. Amen.