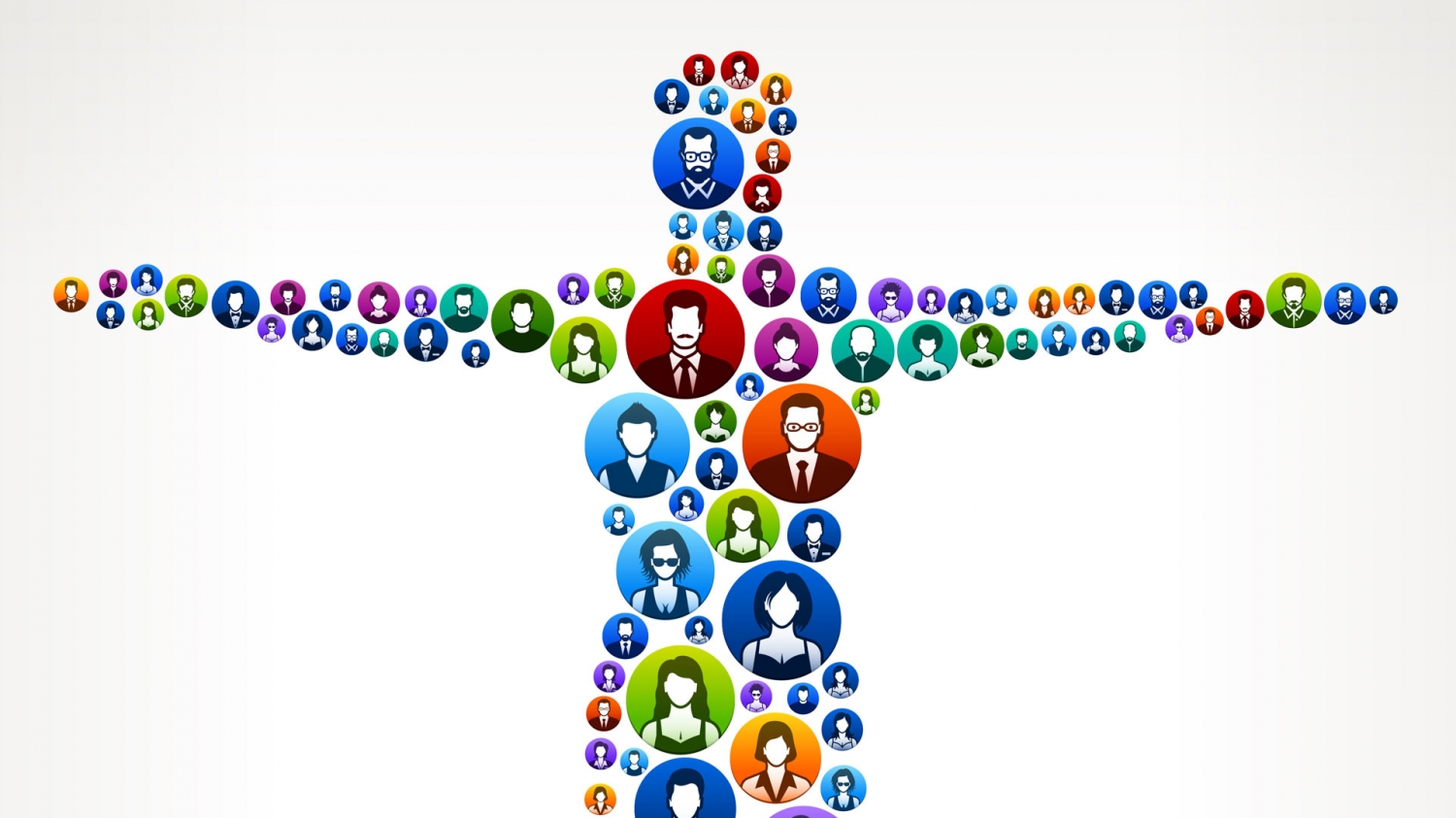 Intr – I have a question for you today to which I’m pretty sure I would get hardly any raised hand: do you like to pay bills? Debts? Invoices? Yeah, I know that the answer is quite predictable. I can’t remember the last time I heard someone saying: “yay! Time to pay aaall those bills again. Woo-hoo!”

Now, what if you had a debt you can never get rid of? What if there’s a debt you are never going to pay in full? And no I am not talking about your mortgage. As Christians, we owe something we will never pay in full.

That’s what Paul tells us in Romans 13: “Owe no one nothing except to love each other.” That is something that we are always owing to our neighbours. Loving them.

Lately however, looks like we are stretching that debt way too much. Especially when we look around and see, for example, corruption, individualism, narcissism, and all sorts of movements trying to split society in lots of minorities fighting against each other, instead of walking towards tolerance and respect. The debt amounts.

As Christians, we surely want to fulfill God’s will. We want to walk in faith practicing His commandments. But the only way we can do this differs completely from the way we pay regular bills. It is through LOVE. The world demands its debts under the law. But in the Kingdom of God, fulfilling the Law is accomplished through love. It comes from within, from our heart. We have God’s Law as orientation but it is not the motivation. The motivation comes from love which is the fulfilling of the Law. It sends us out to love our neighbour even when they don’t deserve it. That’s exactly what Christ did for us.

Now, one of the highest models of how to put Christian love into practice is to look to the steps Jesus provided in Matthew 18. If your brother sins against you: 1. talk to him    2.Bring two witnesses    3.tell to the Church

Only then you consider him a gentile and tax collector. And even at that point it doesn’t mean that you should send them to the devil’s lap. That person will still be object of our mission as Christians. Because we are always in debt of love.

I want to point out something very important here in those the three steps: they are three ACTIONS that must be taken. To love is a verb, and a verb of action.

Jesus didn’t say:*just pray for them; *then think good thoughts *then search your heart if there are good feelings about them. He compels us to action. Do not stay put waiting for feelings to overflow ‘til you see a rainbow in the sky and then – click! – things are solved by love. No. Go there. Talk. Discuss. Make the topic surface with them, then with two witnesses, then with the Church.

Hollywood movies have been telling us since long ago that love is mainly and mostly a matter of feeling. So if you don’t feel it anymore - then skip to the next person, next place, next country. It seems that whenever you are not feeling something that’s a sign that love is gone. A Brazilian composer rendered this spirit of the time in a Sonet: “And so, when later look for me perhaps death - anguish of the living - ; maybe loneliness, the end of the one who loves, I may be able to tell about the love (that I had): that be it not immortal, since it's only a flame; but be it infinite while it lasts.”[1] Be it infinite while it lasts. And ironically, it is called “Sonet about fidelity”... Love seems to have as many meanings as there are people, if it’s all about feelings.

Now, talk about feelings to a mother waking up every early morning trying to put her baby to sleep. To a father who provides for his family and has lost his job. Talk about that to a spouse that feels irritated by a constant bad habit of their spouse. Just to mention three examples. Have they run out of love just because they are not feeling good things? Of course not. And that’s unfortunately the point where many relationships break up permanently. Because we may be deluded by the idea that if you are not feeling “good vibes” most of the time, then love must be gone. It is infinite while it lasts.

Jesus showed that to love is a verb of action. To love is to go beyond limits, is to sacrifice sometimes your own well-being for others. He went to the cross not guided by mere feelings – if we remember, feelings would have made him cut short his mission, in the Garden, when he asked the Father if was it possible let the cup pass from Him. He did if for love. He acted. He paid our debts in full on the cross.

He made that sacrifice, we don’t need to do. Now he sends us to act in love toward people, our family, our neighbours. If we look to History, we will see people that even gave their life for love. Love to Christ, love to others. I would say though that even more important than being willing to die for the ones we love is to be willing to and to make all effort to LIVE for them, every day. That may be to some extent even harder. Because it involves a daily life of care, presence, patience, tolerance. To love sometimes means to do what you know that must be done even when you don’t want to do it.

So, as we said: Love is an action verb. And not a REACTION one. The most common and widely accepted concept in our society is not of ACTION, but of REACTION.  Giving like for like  / Get one’s own back / Retaliate.

Between the stimulus and the answer, there’s no space; only prompt reaction. That may be closer to us than we think.  Love to be loved. Respect to be respected. My politeness depends on yours.

Jesus and Paul wouldn’t agree that reaction is the way love works, even though they would have all the right reasons to think like that. They were persecuted. Arrested. Condemned. What they do instead is to show that to LOVE is an action verb. More than that: it is a principle for Christian life. Something that never changes, no matter the circumstance or situation. Because reactions come from feelings of the moment, which are always unpredictable, while principles are ever constant.

“So Pastor, does that mean that we can’t sometimes be firm, straight forward or even strong in words, for example, to condemn err and defend our faith?” Yes, we can. We even should be in some situations. The point here is that it shouldn’t come from a reaction – which usually is motivated by anger, but rather an action, a choice, that comes ultimately out of love. We are trying to provide the truth in a straight forward way and to help people – instead of only bashing and harming them. In other words, not a reaction based on feeling of the moment, but an action based on principles, the most important of them being LOVE.

So now, are feelings something sinful we should avoid at all cost? Not when they are connected to the principles of God’s Word!

Ill: Think of a roller coaster. If you are one of those people that like those rides, you get lots of awesome feelings during the ups and downs of the ride. That is only possible though, because you know that the cart is tightly and firmly attached to the tracks. If you would get on a roller coaster cart without being sure that it is steadfastly attached to the tracks,how hellish would that ride look like? How frightening would it feel?

Many romances and love movies that we see today portray a kind of roller-coaster-ride-with-loose-cart sort of story. What Jesus provides us within His work is a life full of feelings that are steadfastly attached to his Word. Ups and downs may come; we still know it is a safe ride.

By faith in Christ we are enabled to understand this Love that is different from what we see around. Then we can spring into action to serve our neighbour. By faith we have a space between the stimulus and our response, between what happens and how we act, which is filled with God’s Word and principles. His love is infinite as long as it lasts. In this case: forever.

“Well, pastor, but that’s still difficult. It is so hard to choose my answer instead of reacting right away!” Surely it is! And Christ knows that very well. Here we realize even deeper how important it is the message about being close to God, to His Word and Sacraments, to His Church; to have His principles for daily life. So that when we fall we may be lifted up by His forgiveness. And when we put faith into practice we may show His Love.

Cc – Love. That is a debt we can never pay in full, says Paul. But that is a debt that we can always receive in joy.” Another opportunity to amortize the debt of love again. Yay!” Because that would be a reflex of God’s love. And with a bonus: the account balance to pay this debt is never something that depends on us. Connected to Christ in Word and Sacrament we will be always credited with lots of love to share whether in the ups or in the downs of our life ride with Him. For His love is infinite. It lasts forever.