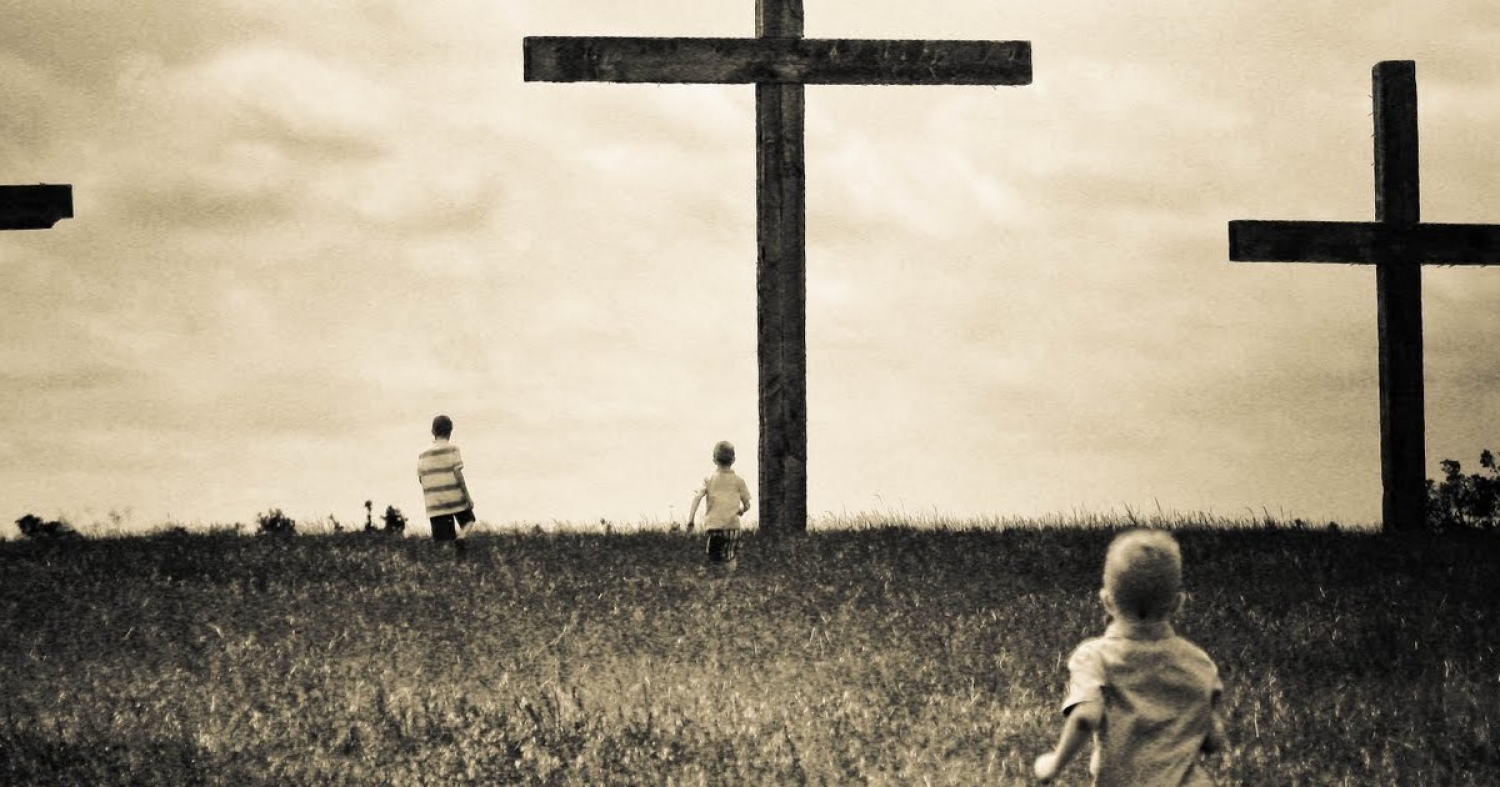 Intr – What is the most complicated word in English?

According to the editors of the Oxford English Dictionary, the most complicated word in the English language is something we're all familiar with.  Well, maybe we wouldn’t say it is the most complicated word, but at least the more difficult to translate. RUN. It is a three letter word with 645 meanings. Well, so far... maybe one or a couple more would just run through your mind right now.

Says the report: “Believe it or not, the three-lettered word “run” yields as many as 645 different meanings and this is only for the verb. The most recent edition of the dictionary used 75 columns for this word alone. Behind these columns of description is nine months of relentless research from one professional lexicographer, Peter Gilliver.”[1]

So why is that? “The answer lies in contextual meanings. Besides the most obvious meaning of gathering your feet at a quick pace, “run” can also be used in measurement. For example:

When you are talking about the length of your rug, you will say how it runs for two meters. When you purchased this cotton runner, the transaction at the cashier required you to run up a bill of $50.  On your way to the store, you had to take the regular bus that runs from your home to the shopping mall because you had run through your cleaning supplies and ran out of groceries. Unfortunately, the bus was running very late and the waiting time ran for forty minutes. [2]

As a noun, “run” is most commonly used to imply physical activity. However, it can also be used to suggest the continuity in certain contexts such as the run of a certain emotion, a form of transport, an opportunity, a situation or a condition. For instance: The morning run you take before breakfast is entirely different from the morning school run one takes to drop off kids. If you have a trial run before the actual test, you will have a clear run of coming first.[3]

In short, "run" as a noun can almost be applied to every subject.
In economics, it is when a sudden rise in demand leads to a run on the banks. In music, it is the long run musical at West End with scores filled with amazing runs and melodic leaps. The list could go on forever”.[4]

As we gather our thoughts about what we just learned, we see that the word run seems to be able to run up to almost endless meanings. Before run, the most difficult word for the Oxford Dictionary was set.

Now, there is another three word letter in our language that seems to have endless meanings too. I am speaking of GOD. As we run through our day, when we look around and pay attention to what we hear, sometimes it seems that GOD has billions of meanings, almost one for each individual person on our planet. I ran into a website about archaeology that runs a story with this title: “How the Jews Invented God, and Made Him Great - The God of the Old Testament started out as just one of many deities of the ancient Israelites.”[5] Couldn’t that title be applied to the thousands of man-made religions of History – and of our day? I’m pretty sure it can. And it runs on and on.

This connects to our Bible lessons for today from Isaiah 45, 1 Thessalonians 1st, and Matthew 22nd.

But first, in Psalm 96, we read:“For great is the Lord, and greatly to be praised; he is to be feared above all Gods. All the gods of peoples are worthless idols. But the Lord made the heavens” (v. 4 and 5). God’s name was considered so holy that IAHWEH was hardly said out loud. They would use Elohim or Adonai, instead. Here, God is proclaimed to be above all gods.

So we need to have a precise definition of Him to be contrasted to all the other ones. It is not just a matter of context, as it seems to be the case in many circumstances of our day. That is, if God means so and so to you, so and so it is. Helper; good guy; energy; luck; serendipity; all and everything. The list could outscore the word run many times.

Then our Old Testament text today, Isaiah, adds more to it (Isaiah 45): “I am the Lord and there is no other”. Here we run out of all the millions of definitions and are left with only one God. We run into Iahweh saying through the prophet that what we call “other gods” they actually don’t even exist. So there is only One God. We should run in that direction and stick only to this definition of Him.[6] The epistle for today (1 Thessalonians 1) helps us for that matter too when Paul writes to them: “And how you turned to God from idols to serve the true and living God and to wait for His Son from Heaven”.

In the Gospel (Matthew 22) Jesus is showing to the religious leaders of His time the difference between Him and Cesar. He draws a line between what a human god looks like and Him. For Cesar was considered by many to be a god, and many Cesars and kings of old would demand divine worship to themselves. Well...of old? How many times do you hear the word “idol” connected to human beings these days? More than a couple I can assure you.

We need to realize that in the end, a god is everything you place your heart and faith upon. Your possessions, your friends, your assets, your wisdom. People, places, things. Family may become an idol. Even life and health may become an idol. That’s why some people mock Christian faith saying: “Well, if your God exists, why are you sick?” As if life and health would be values which would be even above God Himself.

But when we come to the GOD of the Bible we have a word that really runs everything when it comes to define what or who God is. If you run into thousands of different definitions in your daily life, you can use one five-letter word to bring it to the only one that makes sense, and is actually true: JESUS. Even though He seems to have been reduced to a couple common sense meanings like “A good man”; an “enlightened person”; a “revolutionary.” Actually, He is the very essence of the definition of the word GOD.

Now I would make a play of words using English and German. If you take the word RUN, the most complicated multi-meaning word in English and read it backwards, you have the opposite in German. NUR. This word means only; just. NUR Yahweh is God, says Isaiah. NUR God deserves worship says Psalm 96. NUR God is GOD, says Jesus in the Gospel. You should obey authorities and pay due respect and taxes to them. But NUR God is God. Render to God the things that are God’s. Faith, worship, honor, fear, love. Actually your whole life. You are a coin in Jesus’ hands; you were found by Him, and now your whole life is rendered to Him.

As our lives run day to day in different directions, we need to run our thoughts in a way that we don’t run around the different types of meanings, eventually accepting them. That would make us in the end run out of strength or even willingness to listen to the real God. The one who runs the whole world, the Creator, Saviour, and Sanctifier of our lives. He came to us in flesh, in Christ, to run in our place the race that would ultimately lead us to hell. But He took everything in our place so we could have forgiveness and peace. Now we can run daily to the Father’s arms for shelter, rest and restoration. We can keep our hearts running on His love.

If we don’t reduce the meaning of God to “Christ”, but rather, try to wrap our heads around different meanings of what God could be, just to be in compliance with the spirit of the time, then our possibility of salvation is not reduced; it is over. We will run like hell to give meaning to our lives, but we will run in vain.

God means Christ. Christ is the meaning of our God. And by faith He brings the other meanings into our lives.  Love – Forgiveness – Tolerance – Peace – Justice - and all principles and values we uphold in our life.

Now, we can say also there are specific meanings – things that make sense only to you. Like when you have to face death and loss, sickness and pain. When you are overwhelmed with joy, when you have reasons to celebrate. By faith, Christ becomes yours. Then, we will never run out of meanings and applications of God’s Word to our daily life, when we are – remember -  NUR in Christ. In Him our happiness runs endlessly.

Cc – What’s the most complicated word in English? Well, maybe you would say it is not run, but Sorry. Forget. Patience. Maybe you have your own pet peeve, your irritating word that you just can’t say or even can hear it. But we know the best and more powerful three-letter word we can have. GOD. NUR him. There is no other. In Christ, He brings meaning, hope and direction to our lives. We can keep running the good run of faith, the race Jesus ran and completed perfectly in advance of our running it. He both runs with us and stands at the end of the race at the finish line when we run. When this makes sense in your life, that’s when everything else falls in its place. Amen.

[1] Partly because of this word, the letter R section required more than nine months of harnessing so as to create a comprehensive list of meanings.

[2] You wish to speak to the person who ran the bus company to file a formal complaint but you were so angry that your speech sounded entirely incoherent.  Because of this, your flood of inner thoughts ran out and the story runs on and on…

[3] When you feel unlucky, you would say you had a run of bad luck. In card games, a run consists of three or more consecutive cards in a single suit.
[4] “What's the Most Complicated Word in English? A three-letter-word with 645 meanings.” Angela Liao - 25 May 2017 . Available at: https://bookstr.com/most-complicated-word-english  Access: October, 2017

However, “run” has not always been running the English language. According to the O.E.D.’s chief editor, John Simpson, “set” was considered as the richest of all words before “run” became in charge. When the first edition of the O.E.D was published in 1928, the word “set” occupied 32 full pages with 75 columns showing the 200 meanings. In this age of digitization, “run” has gained popularity partly due to our increasing use of computers and other technological gadgets like iPads.

[6] This is especially important when we see lots of studies trying to proof that the People of Israel had more than one God, being Iahweh only the main of them (Henotheism). Whereas God addresses idolatry amongst his people (Surely there were lots of people that would cling to superstition also in those days), the Bible is sufficiently clear to show us there is no other God other than the Lord, as Isaiah lets us know.