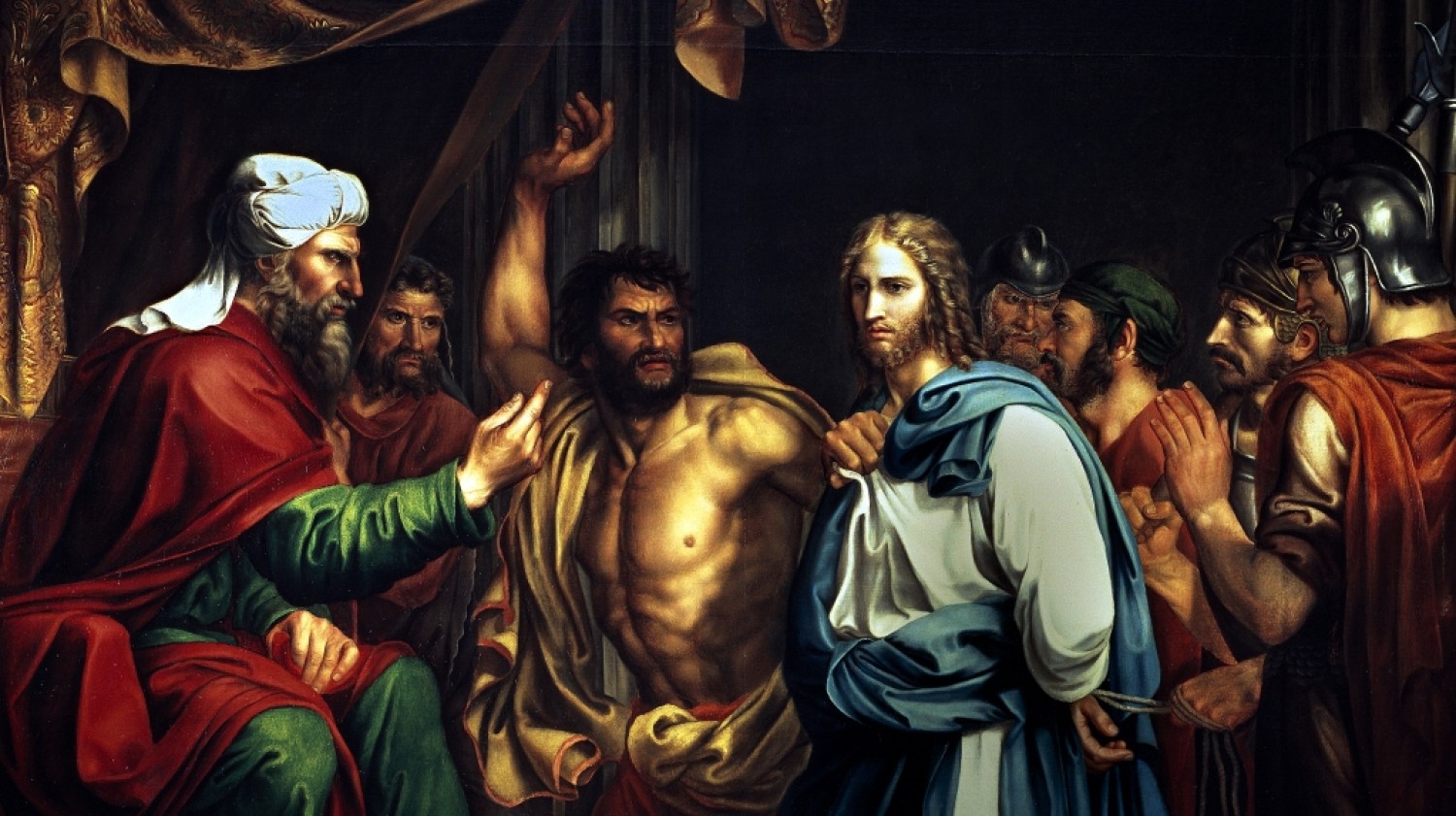 Now the men who were holding Jesus in custody were mocking Him as they beat Him. They also blindfolded Him and kept asking Him, “Prophesy! Who is it that struck you?” And they said many other things against Him, blaspheming Him.

When day came, the assembly of the elders of the people gathered together, both chief priests and scribes. And they led Him away to their council, and they said, “If you are the Christ, tell us.” But He said to them, “If I tell you, you will not believe, and if I ask you, you will not answer. But from now on the Son of Man shall be seated at the right hand of the power of God.” So they all said, “Are you the Son of God, then?” And He said to them, “You say that I am.” Then they said, “What further testimony do we need? We have heard it ourselves from His own lips.”

Then the whole company of them arose and brought Him before Pilate. And they began to accuse Him, saying, “We found this man misleading our nation and forbidding us to give tribute to Caesar, and saying that He Himself is Christ, a king.” And Pilate asked Him, “Are you the King of the Jews?” And He answered him, “You have said so.” Then Pilate said to the chief priests and the crowds, “I find no guilt in this man.” But they were urgent, saying, “He stirs up the people, teaching throughout all Judea, from Galilee even to this place.”

When Pilate heard this, he asked whether the man was a Galilean. And when he learned that He belonged to Herod's jurisdiction, he sent Him over to Herod, who was himself in Jerusalem at that time. When Herod saw Jesus, he was very glad, for he had long desired to see Him, because he had heard about Him, and he was hoping to see some sign done by Him. So he questioned Him at some length, but He made no answer. The chief priests and the scribes stood by, vehemently accusing Him. And Herod with his soldiers treated Him with contempt and mocked Him. Then, arraying Him in splendid clothing, he sent Him back to Pilate. And Herod and Pilate became friends with each other that very day, for before this they had been at enmity with each other.

Pilate then called together the chief priests and the rulers and the people, and said to them, “You brought me this man as one who was misleading the people. And after examining Him before you, behold, I did not find this man guilty of any of your charges against Him. Neither did Herod, for he sent Him back to us. Look, nothing deserving death has been done by Him. I will therefore punish and release Him.”

But they all cried out together, “Away with this man, and release to us Barabbas”—a man who had been thrown into prison for an insurrection started in the city and for murder. Pilate addressed them once more, desiring to release Jesus, but they kept shouting, “Crucify, crucify Him!” A third time he said to them, “Why, what evil has He done? I have found in Him no guilt deserving death. I will therefore punish and release Him.” But they were urgent, demanding with loud cries that He should be crucified. And their voices prevailed. So Pilate decided that their demand should be granted. He released the man who had been thrown into prison for insurrection and murder, for whom they asked, but he delivered Jesus over to their will.