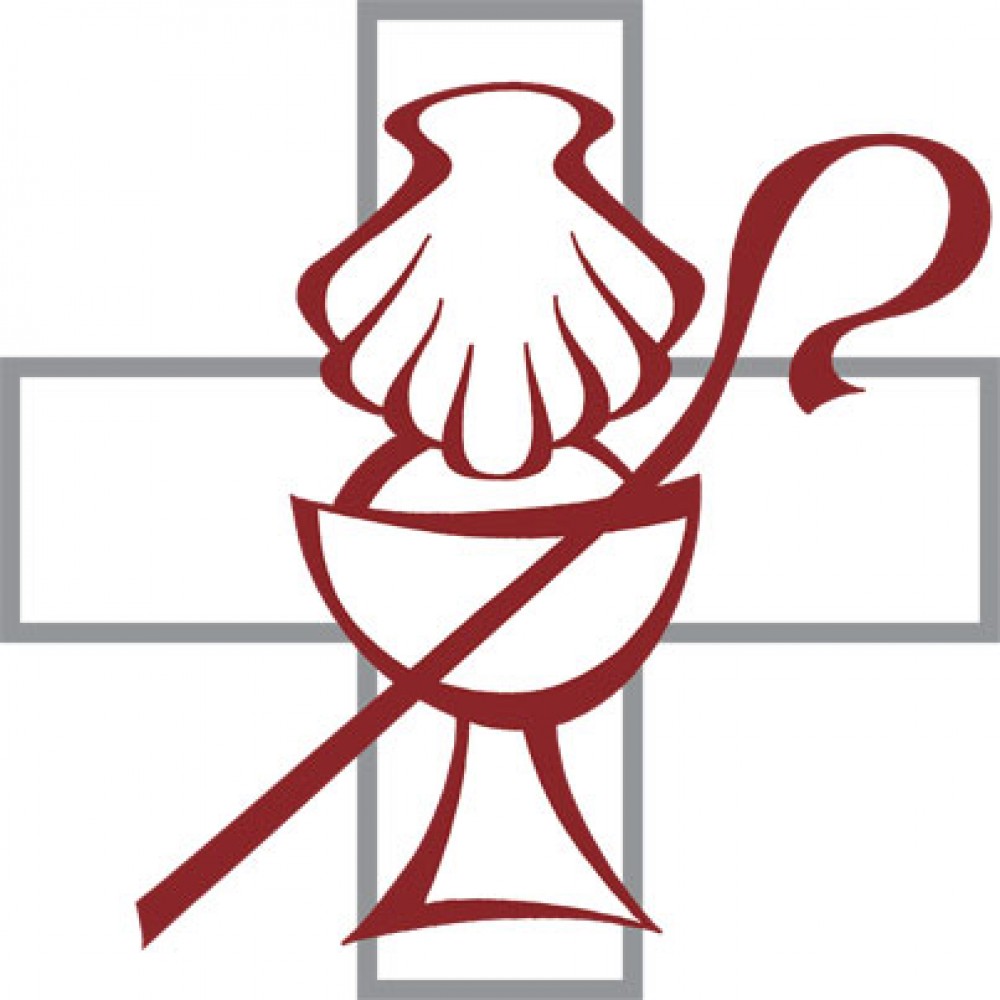 On this combined Pentecost and Confirmation Sunday 2015, our sermon text is found in the second chapter of Acts, verses 1‑4:

When the day of Pentecost came, they were all together in one place. 2 Suddenly a sound like the blowing of a violent wind came from heaven and filled the whole house where they were sitting. 3 They saw what seemed to be tongues of fire that separated and came to rest on each of them. 4 All of them were filled with the Holy Spirit and began to speak in other tongues as the Spirit enabled them. (N.I.V.)

Today is Pentecost Sunday in the church year. And, here at Mount Olive, it’s also confirmation Sunday for eight of our young people. At first glance, there may not seem to be much of a connection between these two events. Pentecost has to do with the great outpouring of God's Holy Spirit. And the Rite of Confirmation is the culmination of a lengthy period of instruction in the fundamentals of the Christian faith. What both of these events have in common is the working of the Holy Spirit. The same Spirit that was poured out so long ago on 120 people has also been at work in these eight young people. The same Spirit that enabled Jesus’ disciples to speak languages they had never learned, helped make the things of God real and understandable for our confirmands. I pray, as I always do, that God, by this same Holy Spirit, would bless our consideration of His Holy Word!

The events recorded for us in Acts, chapter 2 took place 50 days after the resur­rection of Jesus. In that short period of time, many important events took place. But they happened so quickly that there wasn't much time for the disciples to think about them. In those few weeks, Jesus' disciples had been taken on a roller­-coaster emotional journey. They reached the bottom when they saw their Lord crucified as a common criminal. They reached the top when the resur­rection was made real to them. And they spent time somewhere in the middle as they pondered their future and the future of the ministry that Jesus had begun.

The disciples were waiting. They knew God had great plans for them but they weren’t sure how these plans would work out in reality. The disciples no longer had any doubt that Jesus was the promised one, the Messiah. They no longer had any doubts about God's power. They knew beyond a shadow of a doubt that Jesus had the power over death. They had seen the Resurrected Christ with their own eyes. His victory was etched into their consciousness.

But they were puzzled as to how the future would unfold. What did God have in store for them? They were patiently waiting for God's will to be made clear. Unknown to them, God was ready to act. Now that the right time had come, God was about to work a tremendous miracle. It would affect each and every one of them personally. They were on the threshold of a whole new era for the Christian church, an era of growth, outreach – greatly increased influence far and wide. The disciples were literally sitting on a powder keg, ready to explode.

The disciples had gathered together. They were united in their desire to discover God's will for them. What ever it was, they were willing to do their part. And God was about to honor their faithfulness in an unforgettable way. When you think about it, the God of the Christian faith is a God of surprises. Very often, when people least expect it, God acts. He intervenes. He steps into history in a dramatic way. Creation was a surprise. God acted, in His own time, and in His own way, to create the universe by the power of His Word. God spoke and all things were created EX NIHILO, out of nothing. The Flood came as a surprise to the ungodly people of Noah's day. Even Noah didn't know the time or the hour. But when God Himself closed the door of the ark, Noah knew something dramatic and surprising was about to happen. The same can be said for Israel's crossing of the Red Sea, or their entrance to‑the promised land, or the fall of the walls of Jericho. God acted for His people in many surprising ways. He took the initiative. He stepped into human history when the time was right.

Jesus’ birth took the people of Israel by surprise. They had forgotten the Old Testament prophecies that spoke of His birth. Throughout His ministry, Jesus surprised people many times with His power and His love. The greatest surprise of all was the Resurrection. Even the disciples, who should have known better, were taken by surprise. Again, God had acted in a dramatic and unexpected way.

At the time that the events of Acts chapter 2 were about to begin, the disciples were just getting over the great shock of Jesus' resurrection from the dead. Little did they know that God was ready to surprise them once again. They barely had time for the realization of the resurrection to sink in when God swept them up in the miracle of Pentecost.

The God of the Christian faith reserves the right to act as He sees fit, when the time is right. Most of the great events of the Bible were prophesied beforehand. But by the time they came to pass, the people had forgotten the prophecies. I can safely say that God has some surprises in store for us here at Mount Olive. As long as we continue faithful, God will continue to surprise us. On the day of Pentecost, 120 followers of Jesus had quietly gathered together. Things were quiet, reverent, even expectant. And then God acted. The first thing people noticed was a noise. It grew in intensity as the minutes passed. It sounded like a violent rushing wind, but, outside, the trees were still and the leaves were quiet. Still, the sound grew louder. Soon it filled the place where they were sitting.

The next event was even more spectacular. Above each person's head appeared a tongue‑shaped flame. It flickered and danced, but there was no heat, no smoke. All of a sudden, the people began to speak. But there was something very unusual about the words they were uttering. They were speaking languages unknown to them, real languages that other people understood. As this great miracle was happening, a large crowd gathered. They knew that the men who were speaking were Galileans. But they could distinctly hear their own native languages. How could this be?

The details of the Pentecost miracle are familiar to most Christians. But what do these things actually mean? Pentecost, to me, is another word for POWER. Power is what Pentecost is all about: Power to help the church reach out. Power to enable the church to grow. Power to serve others. Pentecost was a dramatic step forward for the fledgling Christian church. Pentecost was a fulfillment of Jesus' own words recorded in Acts chapter 1, verse 5

Pentecost began a new chapter in the life of the Christian church. From now on, there would be no turning back. After Pentecost, the church began to grow and reach out at a dramatic rate. Pentecost, you might say, was the greatest shot in the arm that the Christian church has ever had. Without it, the church would never have grown to the point we have seen today. The experience of Pentecost transformed the lives of the early Christians. The resurrection of Christ proved to them that Jesus was the victor over death. The resurrection was the capstone to the Gospel message. After the resurrection, the disciples had a message to share. But they were lacking the power needed to share that message. So the resurrection provided the message. And now the day of Pentecost provided the power needed to share it.

The Church without the Holy Spirit power of Pentecost is like a vehicle without fuel. The Gospel must be proclaimed. And the Holy Spirit makes these words efficacious. Pentecost was a crucial step in the fulfillment of Jesus’ Great Commission. Just when the power was required, God provided it. The power of Pentecost is the power to transform human beings. Peter, the one who crumbled under pressure during Jesus’ crisis in Gethsemane, became a great orator under the Pentecost power of the Spirit. Pentecost brought out the hidden potential of God's people. It made them able ambassadors for their beloved Lord Jesus. Pentecost equipped God's people for the great task that lay ahead. It still does!

Pentecost surprised people who had gotten away from God's word. God had promised this event 800 years before, through the prophet Joel. After it happened, Peter remembered this connection, and shared it with the people in his great Day of Pentecost sermon. God's Word, the Bible, is full of predictions of future events. God often reveals His will beforehand, through His prophets. In the Old Testament book of the prophet Amos, for example, we find these words in chapter 3 and verse 7:

Surely the … Lord does nothing without revealing his plan to his servants the prophets. (N.I.V.)

On the day of Pentecost, God kept His word, as He always does.

As the disciples spoke foreign languages they had never learned, some standing by brushed off the significance of the miracle by saying

In other words, "Don't take it seriously, folks. What you see here is nothing more than a bunch of drunks babbling nonsense.

According to Jesus Himself, whenever the word of God is proclaimed, which He compared to seeds being sown into the ground, birds will come along, seeking to snatch away the seed of the word before it gets a chance to take root. Or if it does take root, thorns will do their best to choke it out and make it unfruitful.

Pentecost brings people face to face with the power of the Holy Spirit. What began so long ago on that day continues right here today. God has not lost His power. He is not dead. The Spirit is still at work transforming lives for the better. The Holy Spirit has been at work in the confirmation instruction of the eight young people being confirmed today. The power of Pentecost continues to bring individuals into the family of God and to strengthen and nurture their faith afterwards. May the precious Holy Spirit continue to have free reign among us; to teach, to guide, to enlighten, and to save. Amen.

Let us pray: Dear Heavenly Father - Bless us always with the presence of Your Holy Spirit in our lives. We ask this in Jesus our Savior’s name. Amen.