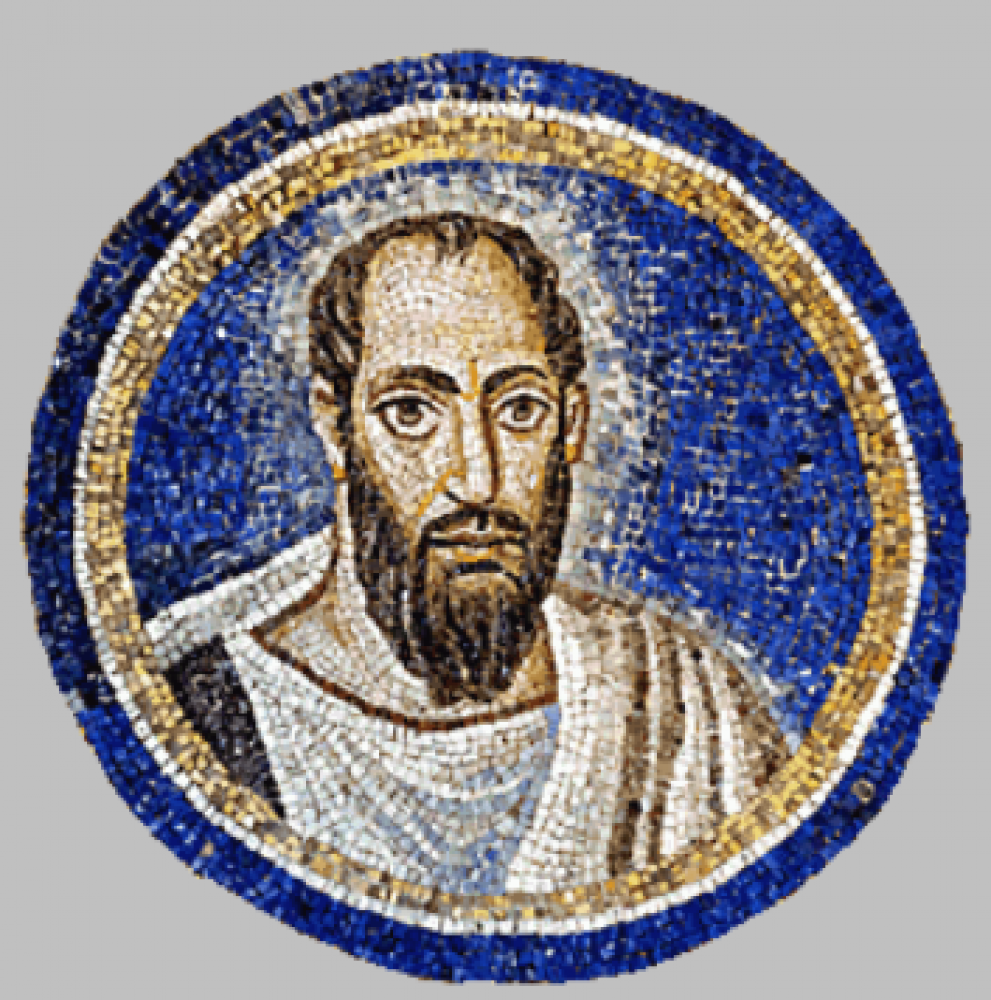 Let the one who boasts, boast in the Lord.(N.I.V.)

This morning, we turn to the book of First Corin­thians in the New Testament. You’ve probably heard people say –

“The more things change, the more they remain the same.”

As we will see in the next few minutes, when it comes to human nature, those words are most certainly true. As we’ll see in the next few minutes, what we find in the book of First Corinthians is amazingly similar to the way things are today. It was challenging for the Corinthian Christians to be faithful to the Lord – considering the attitudes of the world around them. And the same is true for us, today. The church at Corinth was planted in the rocky soil of Greek culture. The Apostle Paul founded that congregation. He stayed on in Corinth for 18 months to make sure that the congregation was strongly founded in Word and the Sacraments. And then he left in order to continue his missionary journey. Unfortunately, after a while, Paul began hearing reports of problems in that congregation. And Paul didn't like what he was hearing. These were problems that needed to be dealt with as soon as possible.

There’s no doubt about it. The Apostle Paul had a special place in his heart for the people at Corinth. He was their spiritual father. God had used him to bring the Good News of Jesus to them. And so, when Paul heard about the problems they were having, he wrote them a letter with words of advice and encouragement. By God’s grace, that letter has become part of our Holy Scriptures. I pray that God would bless our consideration of his Holy Word this day!

Readers of First Corinthians learn a great deal about the church in Corinth. What we learn can be applied in our day. The congregation at Corinth was experiencing growing pains. The Apostle Paul showed love and compassion by the way he handled these issues. Paul wasn’t afraid to confront the problems he encountered. But everything he said – and everything he did – was carried out in Christian love. Paul wasn’t bitter or angry. He was obviously con­cerned. He certainly wanted the best for these new believers. He spoke the truth – but he always spoke it in love. The Apostle Paul – although he often differed with these people – never ceased to love them, in Christ. Despite their many problems, Paul always treated them as Christian brothers and sisters. His goal was to foster spiritual renewal at Corinth. He knew only too well that if their problems weren’t dealt with, they would threaten the survival of that congregation, and would hinder their fulfilment of Christ’s Great Commission.

Paul focused on the positive things he found in Corinth. He dealt with issues in a loving and evangelical way. Paul knew that the Corinthian congregation had tremendous potential. It had many talented people. But many were spiritually immature. Paul was concerned to learn that there had been little spiritual growth in that congregation since he left. Paul, as a spiritual physician, diagnosed several serious ailments. First Corin­thians contains his prescription – spiritual medication to heal what ailed them.

The first ailment that Paul found at Corinth was conflict – conflict among the members. The members of the congregation had allowed themselves to be split into factions. Each faction had its own leader. There was very little cooperation among these groups. Paul was quick to point out those "divisions." The Greek word he used is “SCHISMATA.” In modern English, we would say that there were schisms in the church at Corinth. The word literally means tears or cracks. The Corinthian church was showing evidence of spiritual tears and cracks – and Paul’s job was to restore Christian unity.

One of the diseases that people most fear today is cancer. Experts tell us that cancer occurs when cells in the body get out of control and threaten other cells by that uncontrolled growth. In a sense, cancer is a mutiny in the body – cancer cells refuse to submit to the body’s control mechanisms. In a similar way, a kind of spiritual "cancer" sometimes appears in the Christian church. This is what was happening in Corinth. A Christian physi­cian once compared this disease with what can sometimes happen in the church. He says:

Sometimes a dreaded thing occurs in the body – a mutiny – resulting in a tumor. A tumor is called benign if its effect is fairly localized and it stays within membrane boundaries. But the most traumatizing condition in the body occurs when DISLOYAL cells defy inhibition. They multiply without any checks on growth, spreading rapidly throughout the body, choking out normal cells.

EACH CELL IS A HEALTHY FUNCTIONING CELL, BUT IT IS DISLOYAL, NO LONGER ACTING IN REGARD FOR THE REST OF THE BODY.

The disloyalty that Paul had to deal with at Corinth arose from within . That’s why Paul was so disturbed. In the book of First Corinthians, the Apostle Paul gives us several reasons why this kind of mutiny happens in the church. The first reason for the divisions at Corinth, according to the Apostle Paul, was a misguided wisdom. It’s important to know that there are two kinds of wisdom described in the Bible. The first is a worldly wisdom. And the second is godly wisdom, based on God’s Word. The Corinthians brought worldly wisdom with them into the church. They did things in the church, not according to God’s will, but according to the way things were done in the world around them. Paul told them that this was a central reason for the problems they were experiencing.

The Corinthians were predominantly Greek. And as Greeks, they loved great oratory. They were impressed by a person's speaking ability. It seems that this was one of the reasons why the Corinthian Christians had separated themselves into factions. Each group thought of it's leader as the best speaker in the congregation. They wrongly judged their leaders according to this worldly criterion. Paul told them that this wasn’t the right thing to do. Paul pointed to himself as an example. Paul reminded the people that, when he had first come to Corinth, his speaking style was anything but impressive. His presentation of the Good News was not accompanied by great persuasive oratorical skills, but with simplicity and humility. Paul knew very well that it wasn't great speaking skills that brought people to faith in Christ. It was the Holy Spirit, working through the proclaimed word and the Sacraments. Paul’s advice was not to judge Christian leaders by how well they could speak publicly.

Most Christians are surprised when they discover that the Apostle Paul wasn't a great speaker. From what Bible scholars have been able to determine, the Apostle Paul was nervous, and timid, and his speaking skills weren’t impressive at all. BUT, despite this handicap – or perhaps because of it – GOD WORKED THROUGH HIM. No one could honestly say that their salvation was due to Paul's great speaking ability, because such was not the case. When it came to their faith, people would have to give credit where credit was due. They would have to give credit to the Holy Spirit – who had worked through word and sacrament – to bring them to faith.

A second problem that Paul had to deal with in Corinth was pride. The people boasted about things that were happening in their congregation, but their boasting was selfish. It didn’t bring glory to God. The various factions in the congregation, as we have seen, pridefully boasted that their leader was the best orator. Each group was blind to the positive things going on in the other groups. Somehow, they had allowed their eyes to be taken off the Lord. As far as Paul was concerned, they were not giving credit to the Lord where it belonged.

It’s natural that Christians have a special place in their heart for the person who introduced them to the faith and then nurtured them in that faith. That's a natural human tendency. But problems are sure to come if we judge all church leaders by the standard of one particular person. Church leaders are not duplicates one of the other. There are many dif­ferences – God-given differences! – to be found among them. And that's the way God intended it!

Richard De Haan, in a book, titled "Men Sent from God" gives us a list of the many expectations – often conflicting – that church members have for their pastors. He says:

A third reason Paul gives for the problems at Corinth is a misunderstanding of faith. The Corinthians mistakenly thought that it was up to their leaders to save souls. Paul told them, however, that no one can bring another person to faith. It’s true that God uses people to share his message, but only the Holy Spirit can spark faith in a human heart and keep it strong. It’s true that God uses people – pastors and others – to plant the seed of his Word. But only he can make it grow.

Church leaders consistently point people away from themselves and towards Jesus Christ. They do their best to step out of the way so that people can get a good look at Jesus Christ. Their goal is to decrease so that Christ may increase. No matter who does what in the church, ONLY GOD CAN MAKE THE SEED of his word GROW. And he does that by His Holy Spirit, working through the means of grace. Only the Holy Spirit enables people to see – and understand – the truth about Jesus. Only the Holy Spirit is able to draw us to Christ and to faith in him. So, when we are brought to faith, we must never give ourselves credit. All the credit rightfully goes to our Triune God. That’s where it belongs.

So far this morning, we’ve seen that the church at Corinth was laboring under some fundamen­tal misunderstandings about spiritual truth. Some were overly impressed with their leaders’ speaking ability. They boasted about one human leader over against another. Still others had forgotten that only God can save a soul from sin. The Apostle Paul compared the members of the Christian church to the many different – and interconnected – parts of the human body. When all the parts of the body work together, he said, the body functions as it should. But when those parts of the body work in an uncoordinated way, or when there’s a mutiny among the members, the body suffers.

Paul wanted the Corinthians to understand that they needed each other. In the church, everyone is important. Each one has a role to play. Each of us is unique, regardless of whether we are pastors or laypeople. And God wants to use each one of us – with our unique mixture of gifts and abilities – to build up the church. God’s will is that every believer be involved – in one way or another – in the life of the church. An old proverb carries a truth that we all need to hear. It says –

TELL ME and I'll forget it.

INVOLVE ME -- and I'll never forget!!

God-pleasing growth and maturity comes when ALL of God’s people are involved in the life of the local congregation. The Church at Corinth lacked unity. Paul reminded the Corinthians – and us, today – that great blessings come when God’s people work TOGETHER to meet the goals that God sets out for them. May God enable us to move forward together as his Holy people. Amen!

LET'S PRAY – Dear Heavenly Father: Bind us together in Christian unity. Remind us of our common task – bringing Christ to the world. Enable us to use our unique gifts to build up the church. We thank you for our Christian leaders. We pray that our expectations for them would match your own. In Jesus’ name we pray. Amen.