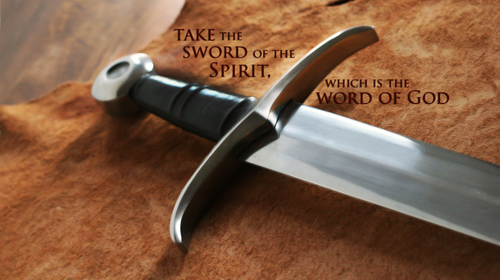 14 “You have said, ‘It is futile to serve God. What do we gain by carrying out his requirements and going about like mourners before the Lord Almighty? 15 But now we call the arrogant blessed. Certainly evildoers prosper, and even when they put God to the test, they get away with it.’”

This morning, we have come to the last Sunday of the church year. Next Sunday is the first Sunday of Advent – the church-year equivalent of New Year’s Day. In these last Sundays of the church year, our theme has been preparation and readiness. As we think about the future, we want to be ready for whatever the Lord sends our way. In these last weeks of the church year, we take a spiritual inventory of our lives. The book of Malachi is the last book of the Old Testament. It’s a book that was written when Israel’s faith was weak, when many people were drifting away from their faith. The book of Malachi was written several hundred years before Christ was born. As we think about this text, I invite you to compare Israel’s problems with the problems we face in the church today.

In a very real sense, living out the Christian life is like fighting a battle. It’s not easy. But, when you think about it, it’s never been easy. You’ll notice that the title of my message this morning is “How Goes the Battle?” On this last Sunday of the church year, we will compare our day with what was going on in Malachi’s day – 2,500 years ago. May God bless the preaching and the hearing of his word this day.

As we will see this morning, all of these sayings are true when it comes to Biblical faith. You may have noticed that our world today doesn’t have a lot of time for Biblical faith. But it never has. So how are we to live out our most holy faith in a world that sees things so differently from the way we do? How are we supposed to hang on to our faith in a world that either attacks us, or ignores us and turns away? Malachi’s world was very similar to our world today. Israel 2,500 years ago was an outwardly religious nation, but, inwardly, a bad case of spiritual dry-rot had set in. The people of Israel went through the motions of faith, but inwardly their faith was dead – or dying. Malachi’s task– given to him by the Lord Himself – was to confront this spiritual sickness and bring renewal. All I can say is that His work was definitely cut out for him!

So what do you think? Do we find these same attitudes today? Does the self take first place today? Are the arrogant blessed? Do those who have the gold make the rules? Is Biblical faith criticized as a waste of time. Do people argue that Biblical faith has passed its “best before” date?  That it is unrelated to life’s real issues? Is Biblical faith considered to be a left-over from a less-enlightened age? My experience has been that, in our day, many people argue that Christianity has been tried and found wanting. In our day, people openly challenge God, and seem to get away with it. In our world, evil people often seem to prosper. In many nations of the world, corruption is a way of life, and people hardly give it a second thought. In our world, it often seems that the rich get richer and the poor get poorer.

In our world, as in Malachi’s day, Biblical faith languishes. In our day, many churches are closing – or struggling to keep their doors open. In our day, many are drifting away from the churches. Interest in Christianity seems to be waning. We her people say that it is futile to serve God. They argue that nothing is gained by carrying out His requirements. In this last Sunday of the Church year, I have Good News for you! Not long after Malachi’s day, God sent his Son. And God promises that that His Son will soon return in power and great glory.

In Malachi’s time, God’s beleaguered people got together to support one another. They talked about their difficulties. They studied God’s word. And God was with them. In Malachi’s time, believers wrote out a scroll of remembrance in which they kept a record of God’s blessings. In Malachi’s day, a small group of faithful believers lived in the midst of an apostate nation. They respected God. They honored his name in their words and in their actions. They were persecuted and ridiculed for their faithfulness, but they hung in there. God was with them, just as He is with us today.

A modern-day parable speaks of a man who found an eagle’s egg and put it into the nest of a barnyard hen. The eagle hatched with the brood of chicks and grew up with them. All his life, the eagle did what the barnyard chicks did, thinking he was a barnyard chicken. He scratched the earth for worms and insects. He clucked and cackled. He thrashed his wings and flew a few feet in the air. Years passed and the eagle grew very old. One day, he saw a magnificent bird above him in the cloudless sky. It glided in graceful majesty among the powerful wind currents, with scarcely a beat of its strong golden wings. The old eagle looked up in awe. “Who’s that?” he asked. “That’s the eagle, the king of the birds,” was the answer. “He belongs to the sky. We belong to the earth – we’re chickens.” So the eagle lived and died as a chicken, for that’s what he thought he was.

In our day, just like those faithful believers who lived in Malachi’s day, we need to remind each other just who we are. We need to remind each other that no matter what happens, we have reason for hope: Christ is coming again. God will not leave us or forsake us, even if the whole world abandons him, and slides into idolatry. In Malachi’s day, God’s people were told, “Christ is coming.” For us, in our day, the cry is, “Christ is coming again!” We need not fear his coming. We look forward to it with eager expectation.

God cares for us. That hasn’t changed. Our names are written in the Lamb’s Book of Life. God treasures us. We are important to him. After all, his Son came to die for us, on a cross of suffering and pain. And His Son rose from the dead – for us – to provide us with a place in heaven someday. And his Son has promised to return – for us. Malachi wanted the people of his day to be ready for what God was going to do for them. He wanted them to be ready for the Messiah, despite the fact that so many in Israel had fallen away from faith. The same is true today. God wants us to be ready for the return of His Son. It’s important to remember that our spiritual insurance policy has been paid in full. We have our spiritual bags packed. When the Lord calls us home, or when he arrives, we’ll be ready. Think about what happened in the Philippines. One huge storm several thousand people died. That hurricane was the end of their world. Were they ready to meet the Lord? I hope so.

What do you think? Can worldly people change? Can attitudes about faith and religion change? Can people change? Absolutely! God’s power hasn’t changed. His Word and the Sacraments are still available. God changes this world one person at a time. When his Word is preached – the Word of Law and Gospel – that’s when the Holy Spirit works, transforming the hearts of those who will let him do his work. So what do you think? Can worldly people learn to worship the one true God? Can they abandon their idols? They can! God calls us to speak the truth in love. He wants us to challenge the gods of this age. He wants us to encourage people to worship Him alone – with heart and soul and mind and strength. You and I proclaim our faith by what we do just as much as by what we say. God gives us many opportunities to live out our faith, to put our faith into practice, to practice what we preach.

Here’s the bottom line: The church today is plagued by the same kinds of spiritual problems that Malachi had to deal with. Todays’ church is plagued by the same divided loyalties. Imagine for a moment that being a Christian is like being a member of a sports team. Imagine, however, that there are people on the team roster who never show up for any of the games that the team plays. They never come to the practices. They want to share the glory but they aren’t willing to share the work.

We have been baptized. We have been washed clean of our sins. We have been marked with the cross of Christ. We have been rescued from the quicksand of sin. We have been brought out of this world’s darkness and confusion into the clarity of God’s wonderful light.  Jesus said that to whom much is given, much is required. We have been entrusted with the manifold grace of God. Our goal is to be good stewards of that grace. We proclaim God’s Word to all who have ears to hear. God has entrusted us with his Word – may he help us proclaim it. He has entrusted us with the Sacraments of Baptism and Holy Communion – may we administer them faithfully. May we never allow the world to set the agenda for the church. May God help us to be about his business, as long as it is day, before the night comes, when no one can work. It’s true.

“How Goes the Battle?”

Let’s Pray – Dear Heavenly Father: Enable us to keep your word, to do your will, to support and encourage one another. Remind us of your presence. Remind us what you have done for us – through Christ’s death and resurrection. We want to be ready for Christ’s return or for this life’s end. We are your treasured possession. Use us to change this world – one person at a time – through the power of your Holy Spirit. In Jesus’ most precious and holy name we pray. Amen.