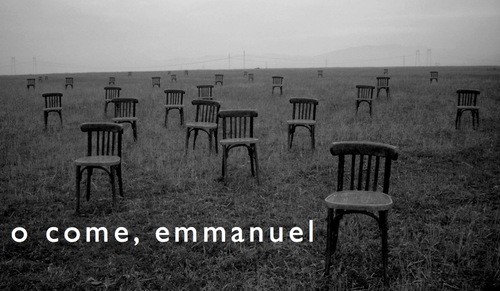 O LORD, how many are my foes!

Many are rising against me;

many are saying of my soul,

there is no salvation for him in God.

But You, O LORD, are a shield about me

my glory, and the lifter of my head.

I cried aloud to the LORD,

and He answered me from His holy hill.

I lay down and slept;

I woke again, for the LORD sustained me.

I will not be afraid of many thousands of people

who have set themselves against me all around.

For You strike all my enemies on the cheek;

You break the teeth of the wicked.

Salvation belongs to the LORD;

Your blessing be on Your people!

Grace peace and mercy to you from God our Father and from our Lord and Saviour Jesus Christ. Good Christian Friends. People are more apt to pray to God in a day of trouble than they are everyday. Not everyone prays every day.  The entire book of Judges in the Old Testament shows this pattern; most people in those days, while times were good, would seek after their own desires, they would forget the law of God “[doing] what ... [seemed] right in [their] own eyes.”[1] But once things grew very bad, once they (after following their own sinful desires) did what was evil in the eyes of the LORD, once their situation became unbearable, and they found themselves under the foot of their enemies, they would cry out to God for help. Then God would hear their call and send them their help. This is the pattern in the book of Judges – do we see this in the lives of people today?

The help God sent the people in the book of Judges was generally, but not always, a man who would defeat their enemies and give them peace and security: Ones you’ve heard of, would be judges like; Gideon and Samson. Ones you’re not likely as familiar with would be judges like; Ehud and Shamgar. These Judges raised up from the people by God were like a combination of Moses leading the people from their captivity and Joshua leading the fight to secure their promised land.

In the midst of their trouble (much of it, self made) the people would call out to God for Help because they still believed that God would answer their prayer, they still believed that their personal lament would reach God’s ears and that they would be saved. They also knew that God had saved them in the past and that He would save them in the future. In Deuteronomy they had the promise that God would send one like Moses only better than Moses.[2]

King David was such a one. He wasn’t the complete fulfilment of that promise but he was anointed by the Judge Samuel under God’s direction to be the Helper of the people. David was raised up by God to save God’s people in the same sort of way that God raised up the Judges: David was a spiritual and military leader, yet David at times needed God’s Help too. In fact there were many times where David needed the help of the LORD  and he himself had to call out like the people had called out, “God Help Me!” Psalm 3 is one of those personal laments, David the mighty warrior and man of God says,

O LORD, how many are my foes!

Many are rising against me;

many are saying of my soul,

there is no salvation for him in God.

The occasion for the writing of this psalm was the rebellion of his Son Absalom against him. David’s very own son, Absalom, sought David’s death, David’s crown, David’s throne, David’s life. David had had trouble with his son Absalom before: Absalom had taken matters into his own hands once before claiming the right to be judge over the affairs of the crown in 2 Samuel 13. However, at the point that David writes about in Psalm 3, this previous episode seems to be behind them and yet Absalom again comes to declare himself a more just judge than his father; In fact this time Absalom declares himself king and people gather around him and the true King (King David) then flees across the Jordan river in hiding with a small band of loyal and faithful men. With his own nation and its people, with his own son Absalom against him, accusing him of being unjust David writes: “O LORD, how many are my foes! Many are rising against me; many are saying of my soul, there is no salvation for him in God.”

Have you been in such a place? Your family against you: People speaking about you in such a way that they make you out to be an unredeemable sinner: Have you been in physical danger with people trying to hurt you! In the midst of all of this distress David had hope in the LORD he says of God: “But you, O LORD, are a shield about me, my glory, and the lifter of my head. I cried aloud to the LORD, and He answered me from His holy hill."

Moses and Joshua, Gideon and Samson, Ehud and Shamgar, and even David they were all helpers sent by God to save their people in trouble, but they were all pointing forward to the ultimate saviour the one who would save the people like no other. The One Whom from God’s Holy Hill answered the call for help, from the cross. Jesus Saves! Jesus is the One that all these other ones pointed to! Jesus is the one who David calls for in his day of trouble. Jesus is David’s Sheild, Jesus is David’s Glory; Jesus is the One Who lifted up David’s head.

We sang the beginning of O Come O Come Emanuel this evening and Emmanuel is one of Jesus’ names. Emanuel means “God with us!” Jesus is, “God with us!” Jesus is God with you! No matter what difficulty you find yourself in, no matter what trouble you end up in; if we were to be invaded by foreign occupiers, if we were to be betrayed by family, if someone was seeking to kill us. ... no matter the trouble, we like the people of Israel in the Book of Judges, we like king David can call out to God in prayer “Save Me!” And we can do this with confidence because the One Who Saves is with us, Christ Jesus Emanuel. We can call out to Jesus, “I need You like You would not believe!” All the while knowing that Jesus does know how we need Him. King David, recalling how he was facing death at the hands of Absalom his rebellious son, with no certainty outside his faith in God, writes:

I lay down and slept;

I woke again, for the LORD sustained me.

I will not be afraid of many thousands of people

who have set themselves against me all around.

For you strike all my enemies on the cheek;

you break the teeth of the wicked.

Salvation belongs to the LORD;

your blessing be on your people!

“Arise, O LORD! Save me, O my God!” This is the prayer of Advent. We remember how God heard this call for help from His people sending His One and only Son, incarnate, into our flesh, to save us that first Christmas. This is the prayer of Advent as we remember the cross and passion of our Lord Jesus which saved us from our sin; and now, this Advent we look forward to the Day of complete Salvation, the final victory over all our enemies, on that Day when the Day of Judgement arrives and Jesus descends from on High with the sound of the trumpet, on that Day no one can stand against us, no one will ever stand against us again. We will be free from Sin, Death, and the Devil, the corrupt world that tempts us into sin will be remade in perfection never to tempt us again, our own sinful flesh (that we struggle against day in and day out) will be transformed into perfection, the heart will be made clean once for all.

What happened with King David and his rebellious son Absalom? God gave David just enough time to prepare for the attack mounted by Absalom and David with his loyal and faithful men were given the victory against a much larger army of men in the woods of Ephraim. Absalom seeking an escape for himself road off on his mule and ended up caught in the branches of an oak tree, his handsome head and flowing auburn hair caught in the branches. Absalom unable to free himself was trapped in his own desire to escape; his cousin, David’s nephew Joab the commander of David’s Army put three spears into Absalom’s heart and shortly thereafter Absalom died. David had great sorrow at the death of his son, for all the while he wished reconciliation as before, David did not seek out the death of his enemy even when his son sought out his death.

Our prayer of lament is often for right now, today, and we do receive help in our present troubles, but there is a far better help coming for all who place their Hope in Christ Jesus, for all who have their Faith in Him. Help that is revealed in Christ alone; revealed in Christ’s Resurrection from the dead, a help we who believe all hope in. “For if we have been united with [Jesus] in a death like His, we shall certainly be united with [Jesus] in a resurrection like His.”[3] This is the reason we strive to live Christian lives in praise to God and as example to those around us that they upon hearing God’s word would believe as we believe. For we know that the Help God sends in Jesus His Son is not just help for you and for me but for all who are being saved. Repent. For the Kingdome of God is at hand. O Come, O Come Emanuel: come LORD Jesus, and come quickly. “... O LORD! Save me ...!” Amen. 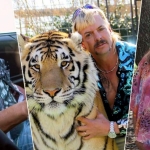