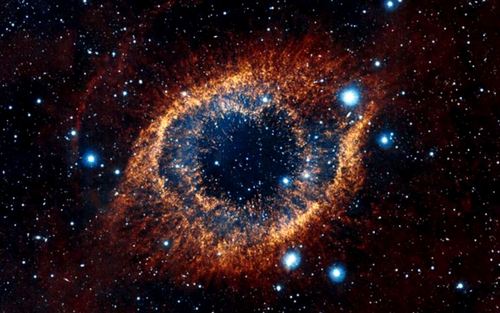 The heavens declare the glory of God,

and the sky above proclaims his handiwork.

Day to day pours out speech,

and night to night reveals knowledge.

There is no speech, nor are there words,

whose voice is not heard.

Their voice goes out through all the earth,

and their words to the end of the world.

In them he has set a tent for the sun,

which comes out like a bridegroom leaving his chamber,

and, like a strong man, runs its course with joy.

Its rising is from the end of the heavens,

and its circuit to the end of them,

and there is nothing hidden from its heat.

The law of the LORD is perfect,

the testimony of the LORD is sure,

the precepts of the LORD are right,

the commandment of the LORD is pure,

the fear of the LORD is clean,

the rules of the LORD are true,

More to be desired are they than gold,

even much fine gold;

and drippings of the honeycomb.

Moreover, by them is your servant warned;

in keeping them there is great reward.

Who can discern his errors?

Declare me innocent from hidden faults.

Keep back your servant also from presumptuous sins;

let them not have dominion over me!

Then I shall be blameless,

and innocent of great transgression.

be acceptable in your sight,

O LORD, my rock and my redeemer.

The Heavens Declare the Glory of God

1 The heavens declare the glory of God;
the skies proclaim the work of his hands.

2Day after day, they pour forth speech;
night after night, they display knowledge.

3They have no speech, they use no words;
no sound is heard from them.

4Yet their voice goes out into all the earth,
their words to the ends of the world.

In the next few minutes, we’ll see that both the creation and the Word of God declare God’s glory.

Speaking of the creation, the Apostle Paul says, in Romans chapter 1;20“… since the creation of the world, God's invisible qualities — his eternal power and divine nature — have been clearly seen, being understood from what has been made….”

Psalm 19 speaks of two very languages – the language of creation and the language of the Word. It’s good to be fluent in both.I pray that God would bless our consideration of His Holy Word this day.

Scientists tell us that the nearest star is 4 ½ light-years away. Now that’s the nearest star. Most of them are much further away than that. Light travels at the rate of 186,000 miles a second. I apologize to our young people who are fluent in the metric system. But for me, the imperial system still works best. At that rate of speed, in one second, light can travel seven and a half times around the earth. The light we see from the nearest star, left that star four and a half years ago. Our galaxy – the Milky Way – contains a hundred billion suns, and our universe contains more than a hundred billion galaxies. We shouldn't be surprised to hear that many astronomers believe in God. When you think about it, they come face to face with the wonders of God’s creation on a daily basis.

Pastor Josh Brown tells us that scientists study and appreciate the complexity, the beauty and the interconnectedness of all things. They don’t take the world for granted, as many of us do. When Albert Einstein studied the wonders of the universe, he knew there must be a God. He said: “I’m not an atheist. The problem involved is too vast for our limited minds. We’re in the position of a little child entering a huge library filled with books in many languages. The child knows someone must have written those books. It doesn’t know how. It doesn’t understand the languages in which they are written.”[1]

A famous scientist by the name of James Clerk Maxwell lived from 1831 to 1879. Albert Einstein, by the way, said that Maxwell was the greatest scientist since Newton. Maxwell had a sign placed over the entrance to the Cavendish laboratories at Cambridge University. The sign contains words from Palm 111 (verse 2): “Great are the works of the LORD; they are pondered by all who delight in them.” (N.I.V.)

Who hasn’t been amazed by one aspect of nature of another, at one time or another in their lives?

As human beings, we are awe-struck by size and complexity of God’s creation. These things exhibit God’s power. They express His wisdom.I remember one cold winter’s night, as a vicar, driving the lonely road from Duchess Alberta to a little town called Cessford. The road was deserted. I stopped the car, stepped out, and looked up. I saw a magnificent arc of stars – the Milky Way. Another time, again at night, Kathleen and I were returning to Wetaskiwin from Edmonton. When we stopped the car and had a look, we could see a comet in the sky.

One Christian writer says, “Nature doesn’t whisper — it shouts. And it shouts continually – ‘This is God’s handiwork.’”God is the Great Creator.He’s the Great Designer of all things. Looking out at the universe helps stretch our imagination. Pastor Ken Gehrels says when he looked up at the sky one night, “No words were spoken. No voice was heard. And yet, this was a sermon as clear and as loud as any, ever proclaimed.”

What creation is saying, it’s saying to all people everywhere. There’s no language barrier here. Creation is being re-presented to us every day – and every night. We miss it in our English translations, but in the original Hebrew, all the action words in this Psalm are participles, which means they express continuous action: “The heavens are declaring the glory of God; the skies are proclaiming the work of his hands.” (Psalm 19:1)

Whether you’re enjoying a beautiful, calm, peaceful day or are in the midst of heart-pounding thunderstorm, there’s never a time when God’s creation isn’t speaking to you. Consider the words used here:“The skies pour forth speech.” The Hebrew word here means “to bubble up and overflow,” literally “to gush forth” in an uncontrolled manner. God wasn’t stingy in creation. He created colors and sounds and wonders everywhere you look. Whether you look deep into the heavens with the Hubble telescope or deep into the inner workings of a cell with a high powered microscope, you’ll see that God’s fingerprints are all over creation.

It’s important for us to remember that the Heavens may declare God’s handiwork, but the creation isn’t the same as the Creator. One pastor puts it this way: The Psalm says, “the heavens declare the glory of God,” not that “the heavens are God.” Psalm 19 carefully maintains the distinction between creation and Creator. Many sincere people have sensed God as they encounter nature and something within them yearns for a connection to the God who created all these things.

That, of course, is where God’s Word must join the conversation. Creation, as we presently see it, has been distorted by effects of sin. This means that not everything we see in creation is a true reflection of God. If a person doesn’t know that creation has been distorted in this way, they may come to the conclusion that God is evil or cruel when they see disease or cruelty in the natural world.

It’s amazing to think that Jesus Christ, co-creator of all things, died on the cross as payment for human sin, and was raised from the dead for our justification. It’s amazing to think that Jesus Christ, co-creator of all things, has prepared a place in heaven for all who trust in Him. In Psalm 19 verse 7, the witness of creation gives way to the witness of God’s Word.   The Psalm-writer uses the Hebrew word torah here. Torahmeans “instruction pointing to the way of life.” Inherent in this instruction is both Law and Gospel. The Law tells us what we are to do for God. “Be perfect,” it says. But we can’t do that. As a matter of fact, we’ll never be able to do that. God’s Law drives sincere people to despair. It has been said that “There’s something wrong with human beings… There’s something wrong with the way we think and feel – our intense concern with the self gets us in trouble over and over again. We are fundamentally flawed.”

Unlike the Law, which tells us what we must do in order to be saved, the Gospel tells us what God has done for us. By means of Christ’s death on the cross and His resurrection from the dead, God has done for us what we could never do for ourselves. He offers us salvation as a free and glorious gift, made possible by His Son’s death and resurrection. And He sends His Holy Spirit to us to enable us to make this gift our own. After expressing his disgust with himself, over his inability to rid himself of sin, the Apostle Paul cries out:“What a wretched man I am! Who will rescue me from this body of death? 25 Thanks be to God, who delivers me through Jesus Christ our Lord!”

According to Psalm 19, God’s Word makes wise the simple. It renews the mind. Without God’s Word, we are incapable of thinking God’s thoughts. God’s Word brings joy. It allows us to see God’s works and understand His ways. The Word is inspired by the Holy Spirit. And the only way we can truly understand it is when God, by means of His Holy Spirit, opens our minds to understand. Psalm 139, verse 17 says, “How precious to me are your thoughts, O God! How vast is the sum of them!”

So what have we learned from Psalm 19 this evening?

3When I consider your heavens,
the work of your fingers,
the moon and the stars,
which you have set in place,

4 what are mere mortals that you are mindful of them,
human beings that you care for them?

5You made them a little lower than the heavenly beings
and crowned them with glory and honor.

6You made them rulers over the works of your hands;
[and] you put everything under their feet:

9O LORD, our Lord,
how majestic is your name in all the earth!

Why does God care for us? It all has to do with His amazing grace in and through His Son, Jesus Christ!

I close with this. Carl Boberg, a Swedish pastor living in the 1880's, wrote a hymn that has become one of the best-loved hymns in the church. Inspired by the greatness of God’s creation, he wrote these well-known words:

O Lord my God, when I in awesome wonder Consider all the worlds Thy hands have made,I see the stars, I hear the rolling thunder,Thy power throughout the universe displayed:

Humbled by the these things, this Swedish pastor proclaimed:

And when I think that God, His Son not sparing,Sent Him to die, I scarce can take it in;That on the Cross, my burden gladly bearing,He bled and died to take away my sin:

A Christian chorus says, “Our God is an awesome God!” I can’t say it any better than that! May we trust this awesome God with all of our hearts, and souls, our minds and strength. Amen.

Let’s Pray: DEAR HEAVENLY FATHER – Let your creation speak to us. Speak to us also through your Word. We can see that your fingerprints are all over creation. When we see these things, remind us of your power, your wisdom, and your grace. Enable us to trust Your Son. In His most holy and precious name we pray. Amen. 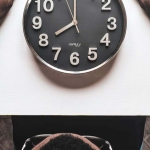 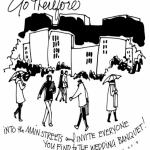