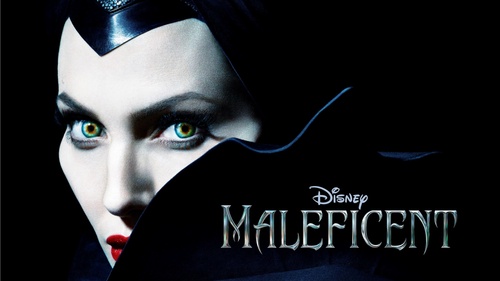 In Maleficent the “imagineers” at Disney have worked to re-imagine Sleeping Beauty (1959), the cartoon based, in part, on two folk tales: the older The Sleeping Beauty in the Woods[1] by Charles Perrault and the newer, simpler Brier Rose[2] by the Brothers Grimm. The now-familiar fairy tale has become a family favourite for many. The likewise-loved Disney cartoon Sleeping Beauty gave the villain a name: Maleficent—a mash-up of Latin words meaning "harmful, with evil intent." Think of the English words melanoma, malefactor, maladjusted, malfeasance. Maleficent in Disney's Sleeping Beauty is clearly intended to be evil, with animators giving her "Devil Horns." Is this still the case in Disney’s new movie?

With this modern "live action" adaption of the folk tale the film begins by saying it will tell the viewer a story and the viewer is to see how well they know it. From the outset it is plain that director Robert Stromberg is employed to re-tell the story in a way that recasts the characters, shifting the focus from the folk tale's general narrative onto the villain thereby providing an origin story for the character Maleficent. As in the Gregory Maguire novel Wicked: The Life and Times of the Wicked Witch of the West, where the wicked witch is made into a misunderstood hero, here Stromberg takes Maleficent (Angelina Jolie) away from pure villainy to godmother-hood.

Retaining the Perrault language of 'christenings' and 'god-mothers,' missing from the Brothers Grimm’s Brier Rose, the film Maleficent mixes in Christian terminology and ideas. Through the central character  Maleficent's cinematic rehabilitation screenwriter Linda Woolverton brings in another Christian theme in a way that it is absent from the original fairy-tales, that theme is forgiveness. Woolverton banks on the hope that, somewhere in the North American psyche, people still understand that evil needs to be overthrown by love and forgiveness and that repentance plays a key part in this. Overall, while the film provides moments of forgiveness between characters, it only flirts with repentance as in the end, Maleficent is praised for both her villainous and heroic sides. The movie begins by saying the only thing that could bring two neighbouring countries together would either be a great hero or a great villain. The movie ends saying that it wasn't having one or the other that brought the two countries together, rather it was having one person who embodied both these things that brought them together.

Lutheran viewers of Maleficent may begin to see something that starts to look like "Simul Justus et Peccator."[3] On the one hand Maleficent plots and carries out revenge on Aurora's father King Stefan (Sharlto Copley who was in the 2013 film Elysium) by cursing his daughter Aurora (Elle Fanning), while on the other hand Maleficent shows love and acts as a god-mother to the same daughter she cursed. There is a point in the film where Aurora stops calling Maleficent her fairy-god-mother and simply starts calling her god-mother. This is one of the reasons that Maleficent is portrayed as both villain and hero, one who is simultaneously an evil sinner and justified. The question might then be asked, how is she justified within the story? Is this classic justification from a Biblical perspective or is it pop-American justification?

Maleficent's justification is not purely external in nature. It is not applied to her as the waters of baptism are applied in the Christian sacrament. Screenwriter Woolverton provides reasons/justification for Maleficent's vengeance, but what's missing for Christian viewers is sorrow over the character’s evil actions. Yes there are moments of regret, and even one scene where Maleficent tries to take back her curse, but by the end of the film viewers are left with a sort of “all's well that ends well” or an "ends justify the means" conclusion. Maleficent is therefore, in the narrative of the film, justified in her actions because of what was done to her—standard revenge film stuff. Christian viewers may want to ask, "Are personal evil deeds permissible providing something evil is being avenged?" St. Paul writes, "Beloved, never avenge yourselves, but leave it to the wrath of God, for it is written, ‘Vengeance is Mine, I will repay,’ says the Lord.”[4]

Where Disney's cartoon Sleeping Beauty had its central focus on the unfolding drama of Princess Aurora's misfortune and its reversal, the curse and the breaking of it take a back seat in Maleficent. The foreground drama owes a greater debt to the William Congreve[5] line "Heaven has no rage like love to hatred turned, nor hell a fury like a woman scorned,"[6] which is regularly paraphrased as "Hell hath no fury like a woman scorned." In Disney's Sleeping Beauty Maleficent is scorned because she isn't invited to the Christening. This awkward situation is compounded in the new film because, as a young fairy, Maleficent had fallen in love with the future king Stephan, a young orphaned thief, who stole her heart with "true loves kiss." Stephan betrays this love when he drugs her and steals something else from her, cutting off her fairy wings in exchange for his personal self-advancement—chance to become king.

Viewers quickly see that Maleficent is not the only character being reinvented in Maleficent. King Stefan has also undergone a dramatic change. He, like Maleficent, is dragged from the background of the folk-tale into the foreground. But Woolverton's spotlight on King Stefan is not as kind as her the spotlight on Maleficent. Along with almost all the other male characters he is shown to be untrustworthy and treacherous. They are either greedy or cowardly and provide no strong male role models for children.

Which leads to the last and maybe the first question concerning this film. Who is the movie made for? Is this a children's movie? Woolverton wrote the screenplays for Disney's The Lion King (1994) and the more recent Alice in Wonderland (2010). Maleficent is more like the latter and is a little too dark for sensitive children with its images of cruelty that aren't addressed well. Fairy tales as a genre do regularly deal with cruel content yet they also balance it by providing a strong moral compass. Relativism and revisionism don't often provide the same sort of strong moral compass generally expected from the classical fairy tale. Does this mean folk tales are off limits for creative re-imaginings? No, but it's more challenging to be creative with a story people already know well and even love than it is to be creative with new material. In the hands of a more accomplished director Maleficent could have been a very interesting film but the whole thing gets away on Stromberg. The film's conclusion is not as satisfying as it's opening: it starts out wide awake but slowly falls asleep and no amount of passion or love from the creative team behind Maleficent can seem to provide a kiss capable of waking it back up again. Even with some very enchanting moments this sleeping beauty has missed the mark and likewise missed its wake-up call.

[With the recent release of the Disney movie Maleficent perhaps it would be good to revisit a relevant excerpt from the 1697 fairy-tale "The Sleeping Beauty in The Woods," by the French writer Charles Perrault, which is one of the original folk tales - along with The Brothers Grim "Brier Rose" - that inspired the Walt Disney 1959 cartoon "Sleeping Beauty" in which the Character of Maleficent was introduced. Having seen the Disney Cartoon, or the new film, it will be easy to spot the character in the story who later becomes Maleficent.  In both of these folk/fairy-tales there will be a number of notable things 1) the Character who later becomes Maleficent is given no name, 2) there is not a lot there in the story concerning the character 3) and in the Perrault version "The Sleeping Beauty in The Woods" there is frequent use of Christian terminology while in the later version by The Brothers Grim, "Brier Rose," the Christian language is absent.]

Rev. Ted Giese is associate pastor at Mount Olive Lutheran Church in Regina, Saskatchewan. You can also find this article featured in the Reporter online.

[1]The Sleeping Beauty in the Woods by Charles Perrault, 1697.