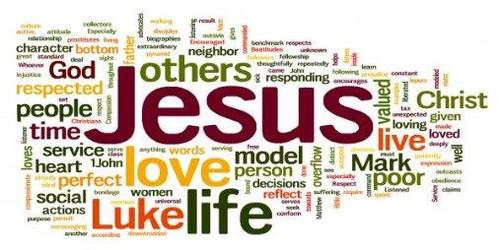 Lent, the season of penance and prayer is upon us. My message tonight is based on a famous Lenten hymn titled My Song Is Love Unknown. It has been called one of the most sublime of all Lenten hymns. It’s based on Galatians chapter 6, verse 14 —  where the Apostle Paul says:

“But God forbid that I should glory, except in the cross of our Lord Jesus Christ, by whom the world is crucified to me, and I to the world.”

Not much is known about the author of this hymn. His name was Samuel Crossman, and he lived from 1624 to 1684. Samuel Crossman studied at Pembroke College, part of Cambridge University, where he earned his Bachelor of Arts in divinity. Crossman served in the Anglican church in England in the 1600’s. His hymn, a poignant meditation on the passion of Christ, was published just before his ordination as a pastor in 1664. The hymn appeared for the first time in the Anglican hymnbook in 1686, just 2 years after the author’s death. The modern tune for the hymn was composed in 1925 by John Ireland,Â  (1879–1962) who is said to have scribbled it down in 15 minutes. Apparently Ireland composed the melody to Crossman's words over lunch one day, at a fellow composer’s suggestion.

My Song is Love Unknown inspired a rock band by the name of “Coldplay” to write a song titled “A Message.”This hymn is band member Chris Martin’s favorite hymn. The lyrics and melody to “A Message” were inspired by this particular hymn. Martin, wo is Coldplay’s lead singer told Q Magazine:

“There’s quite a big church influence (on our band) … we all grew up singing in assemblies every morning. Of course, when you think about it, the most music we heard up to the age of 17 was singing hymns every day in school.”

My Song is Love Unknown, like other Lenten hymns, tells the story of Christ’s suffering. But few hymns tell the story so well and so powerfully. And few tell us so much about ourselves. This hymn takes us on a journey from Palm Sunday through to the crucifixion. But its purpose is not simply to recount these well-known events. It’s purpose it to have us ponder what love is all about. That’s because this hymn is really a love song. And it’s sung to the Savior who demonstrated pure love, even to the “love–less,” so that they might more “love-ly” be. This hymn reminds us, in a very powerful way, that the love we see expressed in and through Jesus Christ is an amazing, gracious, transforming kind love. It reminds us that we love – God and others -- because Christ first loved us. Because of our Savior, we are now a new creation.

The love spoken of in this hymn is “unknown” for several possible reasons. It’s unknown because it’s hard to imagine – hard to get our heads around. Or, perhaps it’s unknown because so many people ignore it. This love is special because, as the hymn says, it’s “love to the loveless shown.”

The beauty of these lyrics is their simplicity. The Gospels reveal that Jesus’ road to the cross was marked by some great ironies, several of which are pointed out in this hymn. The hymn begins with a meditation exploring our personal insignificance compared to Jesus’ timeless act of sacrifice. In the opening verses, Â the author of the hymn wonders,

“O, who am I, that for my sake, my Lord should take frail flesh and die?

This stanza reminds me of the psalmist asking,

“What is man that thou art mindful of him?”

In the whole scheme of things, we are so small, so insignificant, so sinful and so selfish. We are so curved in on ourselves – how could it be that Christ loves us? This hymn reassures us that we are loved. It’s incredible to think that, while Christ stood before the crowd and was about to be condemned to death, he was thinking of us and of his love for us. And, on the cross, he prayed for us:

Christ loves everyone, even those who have no love for Him or for His disciples. From the Scriptures, we know that God’s love was powerfully manifested in Jesus Christ. But, according to this hymn, that love was unknown by many people – unknown by the Jewish religious leaders – unknown by most of the world, then and now. And, sometimes, that love is even taken for granted by people of faith like you and me.

For our sakes, Christ took on frail flesh. He became one of us in his incarnation. And in that frail flesh, he died for us on the cross. This, of course, is God’s grace in action. Christ was sent down from his place in Heaven to be our Savior from sin. He died for people he had ever met, nor would He ever meet in his lifetime. He came down from heaven to give us the most precious gift of all – his gift of salvation – the forgiveness of sins and the promise of eternal life. But, as the hymn says, people “made strange,” in other words, they rejected him, they misunderstood him, they felt threatened by him.

Another theme in this hymn besides love is friendship. Despite the way people treated him, Christ treated them as friends — sometimes with tough love, but always as friends. We know that as human beings, we have a problem with sin. We know that sin separates us from a holy God. But Christ, by his death, provided the solution for us. Christ’s death reconciled us to God – took down the barrier between us and God that sin had erected. Now, God’s Holy Spirit enables us to receive Christ’s gift of salvation by means of Word and sacrament.

This hymn reminds us of the very different ways that people respond to Christ. On Palm Sunday, hosannas were shouted. But only a short while later, there were shouts calling for his crucifixion. How can it be this one man provokes such different reactions in people? Christ won some hearts over, but many cried out for him to be crucified. “What has he done?” the hymn asks. Consider what he did for people – healing, encouraging, teaching, challenging false religion.

“Why, what hast my Lord done? What makes this rage and spite?”

So what has Christ done to deserve this? Even Pontius Pilate was confused as to why Christ should be condemned to death over the other two criminals. “I find no fault in this man,” he said. He washed his hands to indicate that he found Jesus to be innocent of the charges brought against him.

Jesus’ only “crime,” and I put that word in quotation marks, was that he healed those in need – “He made the lame to run” and He "gave the blind their sight,” says the hymn. Here we encounter the greatest irony – the King, the Lord, the Prince of life becomes a powerless victim in death. This question reveals the most fundamental mystery of the Gospels. Indeed, this “love unknown” is what humanity still hasn’t quite figured out, some 2000 years later.

The hymn includes reflections on the trial, and the freeing of Barabbas instead of Jesus. How could it be that Jesus, the Prince of Life, was rejected while the crowd had Pilate release a terrorist, Barabbas? Jesus gave up his place in heaven to come to this earth, to live among us for a while, without even a place to lay his head. And when he was crucified, even the tomb he was buried in was a stranger’s tomb.

This hymn acknowledges Jesus’ divine origins, but the author simply calls him "my friend.”

“But O my friend, my friend indeed, who at my need his life did spend.”

The love Christ showed the world is amazing, a true gift to everyone and a model of the God kind of love. After proclaiming the risen Christ, Jesus is described simply as a “friend” in whose company believers long to spend their days.

“This is my friend in whose sweet praise, I all my days could gladly spend,” says the hymn-writer.