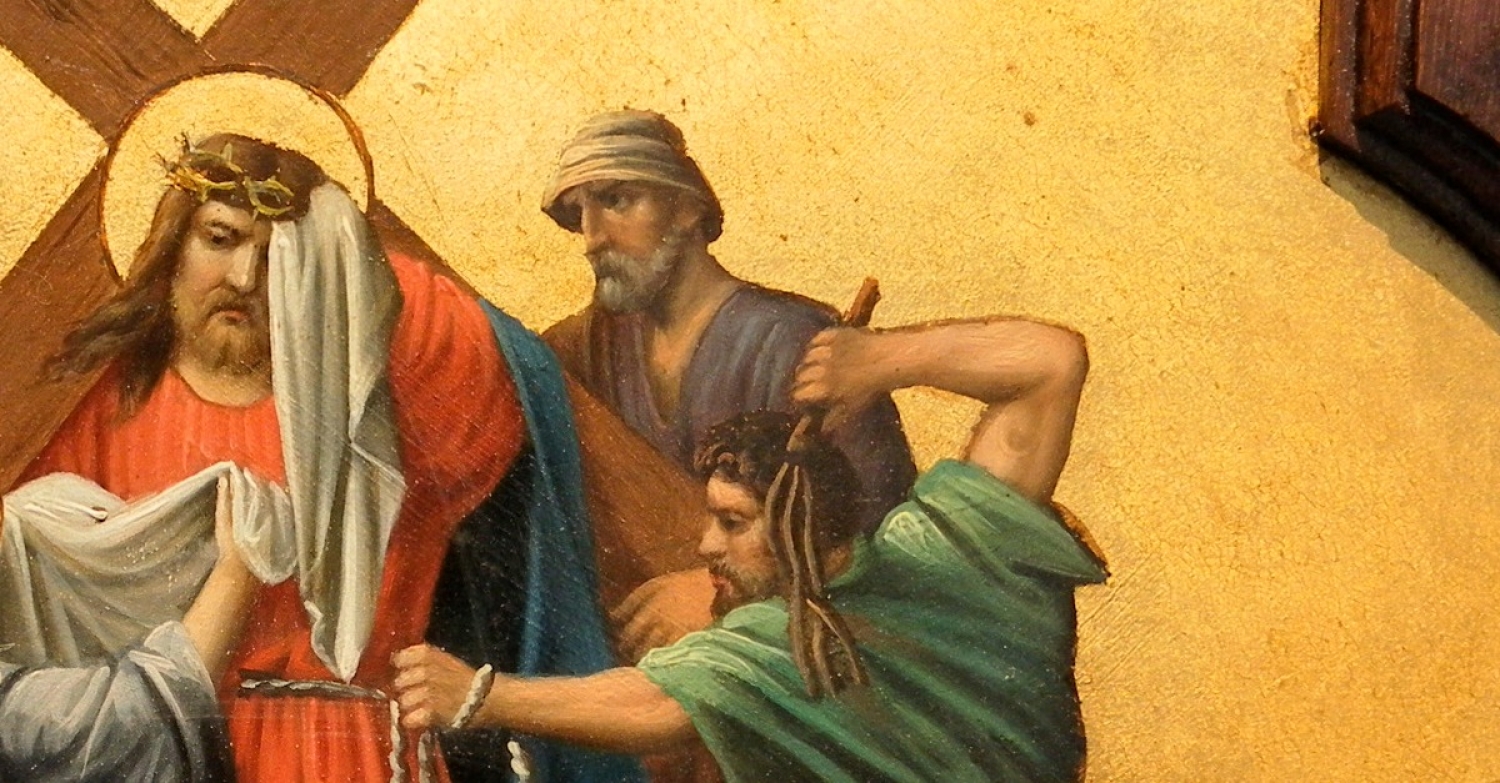 Tonight’s sermon is from Lenten material provide by Rev. Mark D. Femmel, assistant pastor, St. Paul’s Lutheran Church, Des Peres, Missouri, preached by Pr. Lucas Albrecht of Mount Olive Lutheran Church Regina Saskatchewan. The focus of the Lenten Midweek Service sermons is “Our Savior’s Wounded Body” tonight is “His Battered Back,” audio is available to listen to the sermons simply click on the link below.

[Pilate] went back outside to the Jews and told them, “I find no guilt in Him. But you have a custom that I should release one man for you at the Passover. So do you want me to release to you the King of the Jews?” They cried out again, “Not this man, but Barabbas!” Now Barabbas was a robber. Then Pilate took Jesus and flogged Him. And the soldiers twisted together a crown of thorns and put it on His head and arrayed Him in a purple robe. They came up to Him, saying, “Hail, King of the Jews!” and struck Him with their hands. Pilate went out again and said to them, “See, I am bringing Him out to you that you may know that I find no guilt in Him.” So Jesus came out, wearing the crown of thorns and the purple robe. Pilate said to them, “Behold the man!”

Intr –  It was the straw the broke the camel’s back. The movie John Q. was about a man with nowhere to go. John Quincy

Archibald was watching his son, Michael, play baseball. As Michael rounded first base and headed for second base, he grabbed his chest and collapsed. Michael was raced to the hospital and, after tests, John and his wife, Denise, found out their son needed a heart transplant. John’s company provided benefits, but, to save money, they downgraded the coverage to a cheaper option. This cheaper option didn’t cover the $250,000 surgery Michael needed to save his life. They tried yard sales and overtime and everything they could think of, yet they did not have the money to save their son’s life. The hospital was going to send Michael home with his bad heart, and that was the straw that broke the camel’s back. John Q. walked into the emergency room and took the medical staff and the patients hostage.

You’ve probably never been there. But you have felt that straw that broke the camel’s back. You have been in that place where bad news just keeps coming in and you have nowhere to turn or to go. Burdens just seem like they crawl into our lives and up onto our backs. You can’t carry all the burdens that try to drag you down, so why do you try? Some of the burdens that we drag around are burdens we don’t need to carry around, and some we don’t have a choice about. We easily fall into the burden of looking for approval from others. Compliments make us feel good about ourselves. Comments chip away at how good we feel. Criticism tears most of us apart, especially if it is from someone we respect. We try hard to make people around us like us. That may be the burden of trying to bring home a huge paycheck so the family can have the best clothes, high-speed Internet, and maybe even a pool. We try hard to make people around us like us. You may be struggling under the burden of trying to make your friends think you are brave or cool by doing something that is dangerous or foolish. You may be struggling under the burden of trying to do whatever it takes to keep the peace. You may be just trying to survive to the next day, the next paycheck, or the next meal. Some of you may be struggling to cope with medical problems, or how to go on after a loved one has died. We feel pressure from areas in our life, and like straws on the back of a camel, those burdens will eventually break you if you try to carry them all.

Burdens are exactly that—burdens. Burdens don’t help you to carry them. Burdens don’t make life easier. They are burdens. They drag on you until you can drag them no longer. What’s even worse is when things that are supposed to be good become obligations and feel like burdens. What’s guaranteed in this life is that you will always feel pressure from somewhere to do or to be something. No matter how strong of a camel you are, eventually, you will meet a straw, a burden, you cannot carry.

Jesus knows what a burden is like. He came into this world full of people with burdens. Everywhere he went, people flocked to see him. Some came to hear the message he spoke. However, the sad fact is that many came simply to have him fix their problems and weaknesses and injuries. He had the burden of always being on call to help whoever ran up to him, whenever they ran up to him. He had the burden of being hated for the work he was doing and the burden of the agonizing death he would have to suffer. On top of all of this, Jesus knows your burdens as well.

In the last hours of his life, before they put nails through Jesus’ hands and feet, they whipped his back with a scourge. A scourge is a whip full of sharp tips and points that cause terrible cuts. For those nailed to a cross, the whipping made it harder to hold yourself up. They whipped the back of Jesus. After they had finished whipping him, they gave him a cross to carry through the streets of Jerusalem on that same torn back. Before the eyes of all, Jesus was nailed to the cross with his back against that wood. On the tips of their whips and in the weight of that cross, Jesus was feeling the weight of the world: every burden we drag around. He was suffering for every burden that we should drop, and for dropping the burdens that we should carry, and for every burden that we would rather drop, but can’t. There on the cross, we see Jesus, bearing our burdens in our place.

Jesus Bore All Our Burdens on His Back.

Jesus died on that cross, and they put his body in a tomb and rolled a stone over the entrance. Jesus died under our burdens, but he didn’t stay under those burdens. On the third day, with a huge earthquake, he rolled back that rock over his tomb and walked out, leaving that tomb empty. He came into this world to free us from the burden of our sins and to free us from the burdens that weigh us down in this life. His back is no longer torn or on the wood of that cross. We hear of his back in the Book of Revelation (1:13). His back is now covered with a white robe that goes all the way down to his feet, once put to death, but now risen and glorified. Through your Baptism, Jesus shares his robe, his glory, his resurrection with you. By the burden on his back, you are free. By the wounds in his back, by his life, his death, and his resurrection, you are healed.