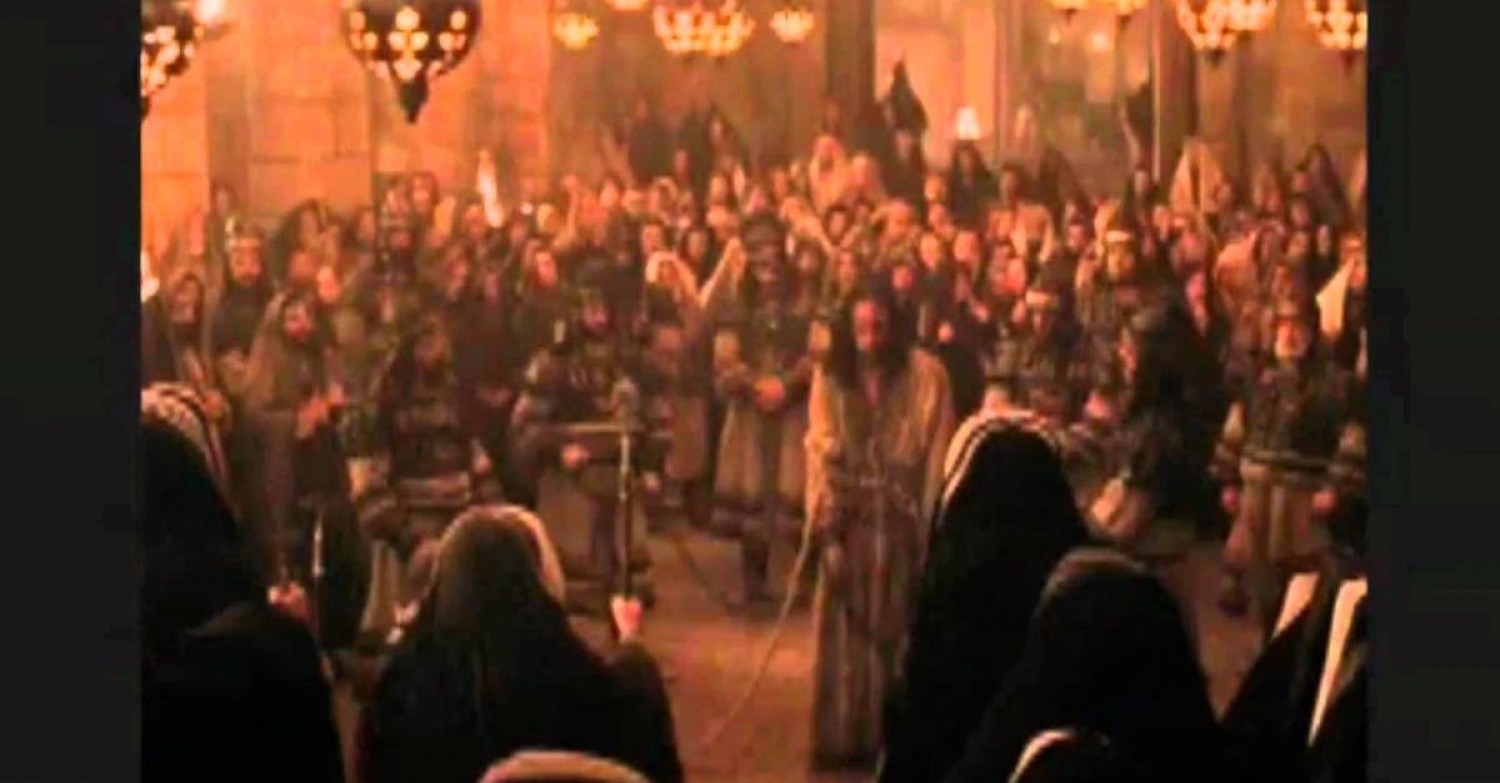 ___________________________
Intr – Perhaps it has been around for a long time, but lately it became even more evident in our society. Many things that are said, written, published out there are not anymore judged as true or false, as prejudice or valid opinion, as offensive or just freedom of speech, based on what it is said, the content of the text. More and more we see that the evaluation of certain types of discourse are based not on what is said but who is saying.

Let’s try it? Hear these examples:

_(such and such religion) is for the weak minded; (a Christian about any religion; others speaking about Christianity)
_I don’t mind, you gotta play hard ball and make your way to success, doesn’t matter what (a man; a woman)
_We need to promote more peace and social justice (Trump; Obama)
_We  need to fight fascism (Someone from the left; someone from the right].

Yes, in many cases in our contemporary world, truth is not defined by what is said, but by who is speaking. The content of what you say will be approved or not depending on which point of the ideological spectrum you are at.

The Sanhedrin have before them that man called Jesus, acclaimed by many, contested by some. Did they know who was in front of them? I don’t think so. Looks like they were trying just to get rid from another crazy lunatic prophet and carry on with their lives. They didn’t realize they were witnessing history.

Then they hear Jesus saying the truth from His own lips. Here we have a situation in which both the person saying something is not the expected one, and what is said seem to be words that shouldn’t be uttered. In this case, they didn’t pay attention either to the messenger and to his message.

Jesus confirms to them He was the promised Messiah. He is the one the Sanhedrin, the Chief Priests, all the leaders of the people should be following, advertising, calling the people to be close to. Those leaders preferred another way though. They see the messenger in front of them. They hear a message that has been confirmed for at least three years with wondrous signs and miracles. Every aspect of Jesus’ life fulfills the details given in the OT which those men should be very well acquainted with. They hear the truth from Jesus’ lips, right in front of them. But they choose to twist it and to utter a verdict: “We’ve heard it from His Own Lips”.

For them, the content of what Jesus said depended on the messenger to be or not to be the truth. Since it was that man saying this, they decide it is fake news. Were Jesus in a position that matched with their ideology, that is, would He fulfill the expectations of the earthly Messiah cherished by many of them since times of old, they would certainly interpret that exact same words in a different way. All of a sudden, they would be the expression of the most valid truth, the answer to their yearnings.

From there, we know what happens. The discourse of the so called Messiah doesn’t fit the narrative. He is denied. He is condemned. He is sent to the cross.

Jesus doesn’t fit the narrative of the Sanhedrin. But He was fulfilling exactly was had been narrated by dozens and dozens of passages in the OT. Ultimately, that was the narrative that would match reality. Not only match it but God’s narrative produces reality, it is reality. It is the only reliable source 100% fake news free. Whatever the mouth of God, whatever the lips of Christ would utter, that is the perfect expression of truth. That is God’s narrative happening in time and space. That is God’s saving work being accomplished for everybody – including the members of the Sanhedrin. Just like those egregious men, we also heard it from his mouth: I am the Son of God The Messiah. Your Saviour.

In a world that judges truth mainly by subjective means, we are out there to stand for the objective truth of the Gospel. It is not an ideology, it is not a mere construction of a narrative to fit reality. It is the description of the reality in Christ. We will suffer because of that. We will have problems because of that. Some examples

_“The fetus in the uterus is actually a baby”. If you as a Christian say it, you are being intolerant. But Beyonce announces she is expecting, then she is allowed to say “I’m carrying a baby”.
_”Wives should respect the Husband as the Head of the Home”. If you belong to Christ, that is such a bigoted, oppressive position to be held. If you belong to Muhammad, however, that is just a cultural feature that should berespected;
_”Jesus is the only way to God”. If a Christian utters that truth he is being intolerant, not able to coexist. If an ideologist says that the only way to a better society is the way he preaches his narrative then he or she is acclaimed as a visionary.
_”I am more convinced than ever that aliens (which can’t be seen and we have no evidence of) exist...". Said by a famous deceased physicist sounds like an amusing description of facts; “I am conviced that God (which can’t be seen and of Whom we have no human scientific evidence)”, said by a faithful Christian sounds like naive belief in a fiction work.

Many other examples could be listed on how the History we have to tell and share doesn’t fit in many cases the narrative of current times. Nonetheless, we are called to remain faithful to Him. To respond to whatever intolerance may come with the same humbleness, love and willingness to share that Christ modeled is after. Because if we will suffer because of that, if we will have problems because of that, we’ll also have plenty of blessings stemming from God’s promises. He will go with us, ahead of us, inside us, to make us bold to proclaim His love, and to share the Gospel of Hope with many, with hundreds, with thousands.

Cc – “We’ve heard it from His Own Lips”. The Sanhedrin had the opportunity to hear the truth in front of them when Jesus confireds it. They didn’t like it though. We all have the opportunity. We hear if straight from the Mouth of God as written in the Holy Scriptures. He is the Messiah, the Saviour, the King - our Brother. His narrative is the Truth. And the truth is: He came to die so we can have life. He came to make His narrative our story. He came to bring the Truth that sets us free. Forever.