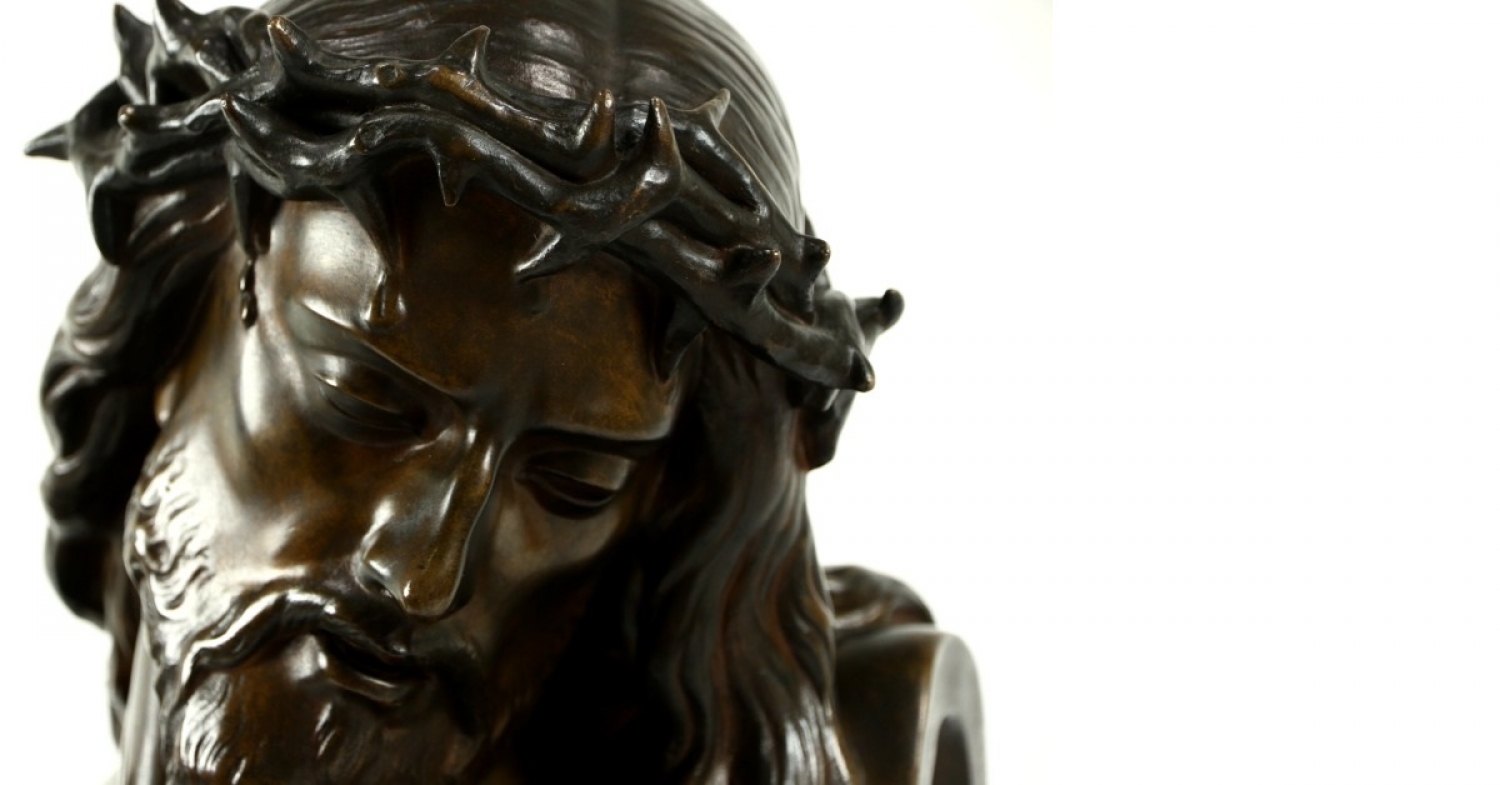 Tonight’s Sermon is centred on the words of the Roman soldiers, “Hail, King of the Jews!” Pastor Daryl Solie from Prince of Peace Lutheran Church Regina is our guest preacher.

And the soldiers twisted together a crown of thorns and put it on [Jesus] head and arrayed Him in a purple robe. They came up to him, saying, “Hail, King of the Jews!” and struck Him with their hands. Pilate went out again and said to them, “See, I am bringing Him out to you that you may know that I find no guilt in Him.” So Jesus came out, wearing the crown of thorns and the purple robe. Pilate said to them, “Behold the man!” When the chief priests and the officers saw Him, they cried out, “Crucify Him, crucify Him!” Pilate said to them, “Take Him yourselves and crucify Him, for I find no guilt in Him.” The Jews answered him, “We have a law, and according to that law He ought to die because He has made Himself the Son of God.” When Pilate heard this statement, he was even more afraid.  He entered his headquarters again and said to Jesus, “Where are you from?” But Jesus gave him no answer. So Pilate said to Him, “You will not speak to me? Do You not know that I have authority to release You and authority to crucify You?” Jesus answered him, “You would have no authority over Me at all unless it had been given you from above. Therefore he who delivered Me over to you has the greater sin.”

From then on Pilate sought to release Him, but the Jews cried out, “If you release this man, you are not Caesar's friend. Everyone who makes himself a king opposes Caesar.” So when Pilate heard these words, he brought Jesus out and sat down on the judgment seat at a place called The Stone Pavement, and in Aramaic Gabbatha.  Now it was the day of Preparation of the Passover. It was about the sixth hour. He said to the Jews, “Behold your King!” They cried out, “Away with Him, away with Him, crucify Him!” Pilate said to them, “Shall I crucify your King?” The chief priests answered, “We have no king but Caesar.”  So he delivered [Jesus] over to them to be crucified.