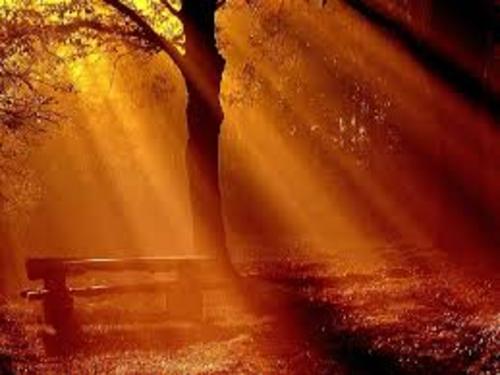 My message this afternoon is based on the following words from the 11th chapter of Matthew’s Gospel, verses 27 to 30. Jesus says:

28 “Come to me, all you who are weary and burdened, and I will give you rest. 29 Take my yoke upon you and learn from me, for I am gentle and humble in heart, and you will find rest for your souls. 30 For my yoke is easy and my burden is light.”

This afternoon, we are here to remember and to show our respects to Brian Knutson, an individual who died before his time. We are here to support his mother Karen, his wife Penny, his brother Dean, and the rest of the family. There’s no doubt about it. Brian’s death was a tragedy, pure and simple. But I want to assure you that we have reason for hope today, and I want to talk about that hope in the next few minutes. I pray, as I begin, that God would encourage us, all of us, this afternoon, and remind us of His amazing grace, as so clearly seen in the life, and death and resurrection of His Son, Jesus Christ.

In the next few minutes, I will speak of Brian, but my overall focus will be on the Lord and on the faith that was sparked in Brian’s heart as he endured the greatest crisis of his life. In a very real sense, Brian’s life reminds me of Jesus’ Parable of the Prodigal Son. May God bless our time considering His Word this afternoon.

Brian Knutson had an outgoing personality. But he was also a risk-taker. Many times in his life, he pushed the boundaries. Many times, he was rebellious. For a good part of his life, he thought it was “cool” to bend or break the rules.

As a boy, and in his early teens, Brian loved hockey – he was the captain of his hockey team. But in school, he was often a distracted student. He was bright, but not always engaged with the material he was being taught. Brian was expelled from school more than once. He didn’t graduate from Grade 12. For many years, starting in high school, Brian got off the rails with substance abuse. As the years went by, he got in with a rougher and rougher crowd. Eventually, his health began to break down.

Thankfully, things began to change for Brian back in 2001 – 13 years ago. Relatives in Creston, B.C. invited him to come out and stay with them. This was the point when Brian hit rock bottom. Brian was a broken man. People back in Regina stole from him, and treated him badly. At one point, he had no wallet. No birth certificate. In the language of Jesus’ parable of the prodigal son, Brian lived for a long time in “the far country.” And it wasn’t a good place to be.

Karen tells me that, when Brian was going through tough times, she would put a quarter in his back pocket, and say “Call me.” In early 2001, Karen’s brother Don called and said that he and his wife Candy wanted Brian to come out to Creston and stay with them. They wanted him to get away from all the negative influences here in Regina.

Brian looked forward to leaving Regina and going to Creston. There was a moment, however, when Brian thought that Uncle Don and Aunt Candy might have changed their mind.

“Are you sure you want me to come,” he asked.

In Creston, Brian got the help he so badly needed. He got medical assistance. He started eating right. He got his diabetes under control. He went to AA meetings. And he started going to church. Brian was in Creston for 4 or 5 months. He got to know the youth pastor at one of the local churches, a Pastor Marc Bertrand. I talked to Pastor Bertrand yesterday. He’s in Ontario now. But he remembers Brian well. In Creston, through God’s servants, Brian Knutson met Jesus Christ. Pastor Bertrand told me yesterday that Brian was ready to hear God’s Word. Brian heard Jesus’ invitation to faith, and, as the Holy Spirit worked, Brian responded to that invitation. Brian later told his mother that that was the “happiest thing that has ever happened in my life.”

Yesterday, Pastor Bertrand told me that, one Sunday back there in Creston, with Brian Knutson listening in, he preached a sermon based on the Gospel of Mark, chapter 5 - the account of a man whose life was completely controlled and ruined by demonic forces far more powerful than himself. That individual was set free by Jesus Christ.

Brian told Pastor Mark that he identified with the man that he described in his sermon. And Brian experienced the same freedom in and through Jesus Christ. Brian knew that his sins were forgiven at the cross. He knew that, because of Jesus’ resurrection from the dead, there was a place reserved for him in heaven. Brian experienced firsthand what it was like to have Jesus Christ turn the chaos in his life into order.

Pastor Bertrand told me that after faith was sparked in Brian’s heart, several people, and Brian was one of them, were together one night, playing a board game. Everyone was laughing and having a good time. And Brian remarked that this was the first time in a very long time that he could remember enjoyed himself so much without drugs being involved. Brian returned to Regina a changed man. Things went well for him in the ensuring years. He married Penny Turner in June of 2010. Later, the two of them moved to Kelowna, B.C. where he resided until the time of his death.

In a very real sense, Brian Knutson was a modern-day prodigal son, an individual transformed by Jesus Christ. God was with Brian when Brian wasn’t aware of it. God never left him – never forsook him. God was with Brian in the good times and in the bad times. And then, when the time was right, God’s grace was expressed in Brian’s life through His Word, through His Church, and through His faithful people.

As I said earlier, Brian’s death was a tragedy. He died well before his time. But we are not left without hope. In a very real sense, Brian’s story is the story of the human race. Alienated from God. Disobeying His will. And then rescued from destruction when God took the first step. Brian’s story is our story, too. Lost, then found. Made new in Jesus Christ. Given hope, and meaning, and peace.

I close with this. Should we ever wonder if God will welcome us into His Kingdom, may He remind us of the words spoken by His Son,

“Come, all you who are heavy laden, and I will give you rest.”

May God grant that – to all of us! In Jesus’ most holy and precious name we pray! Amen.