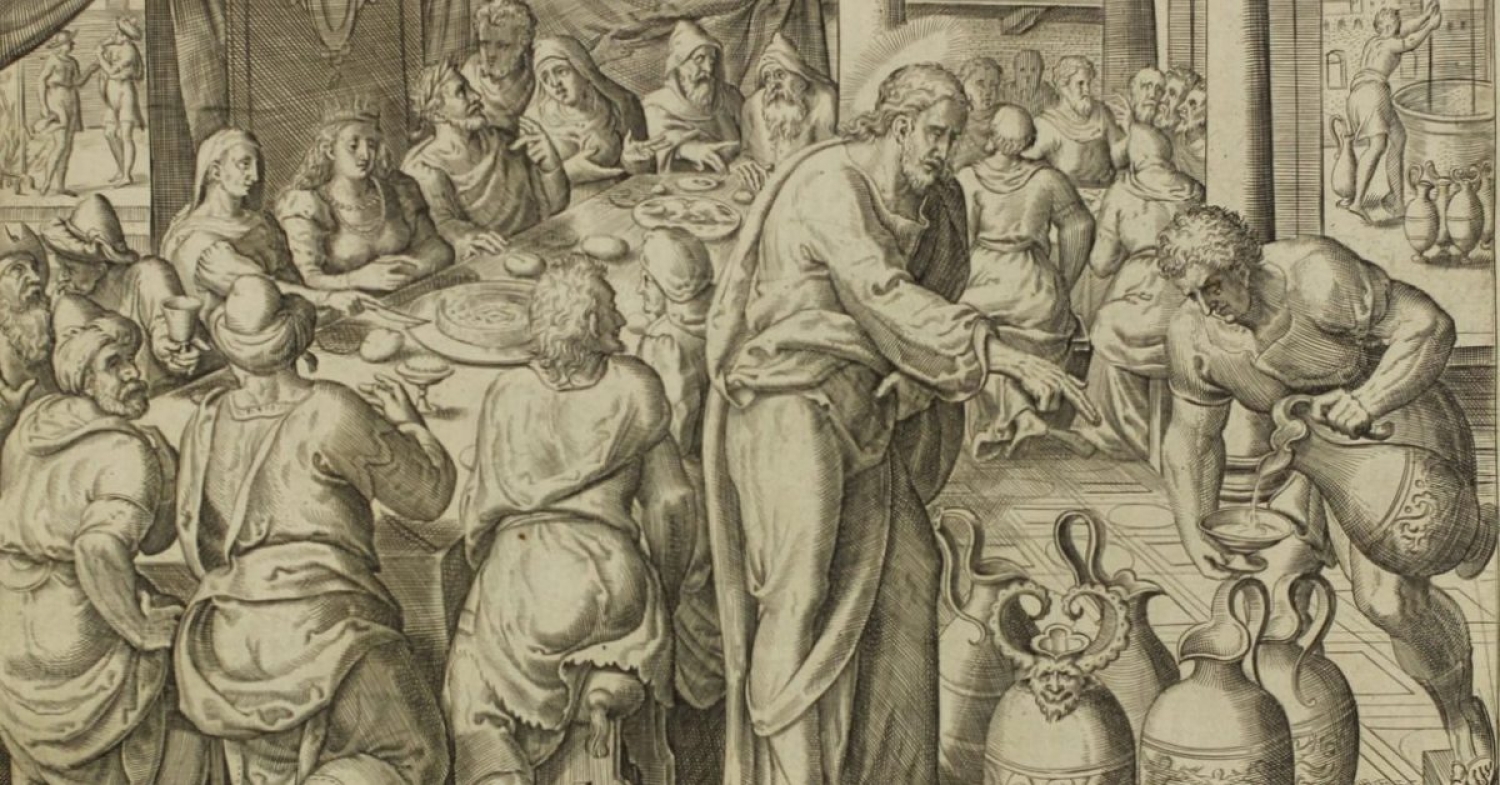 Text: John 2:1-11
Theme: “Do what He tells you” (v.5)
___________________________
Intr – What’s the first thing you lips and tongue want to utter almost as a reflex in a situation where a person, after you told them what to do, sometimes even giving the exact instructions and path to follow, simply doesn’t do that and follows their own interpretation of what you said?

Or sometimes out of mercy you simply say nothing and just contemplate the look in the eyes of that person, as they realized where are they now since they didn’t follow your words.

When we don’t follow what people who know things better than us tell us, the chances of a mistake, sometimes a big mistake, loom in our life.

In the Gospel today, the story that is told comes from Cana, in Galilee, telling us the first of Jesus’ signs. Some details:

_Looks like Mary was close to the family promoting the wedding, because she is concerned in helping them in the huge embarrassment that a shortage of wine would produce.

_She approaches Jesus and gives him a hint on how he could help them.

_Jesus’ answer is not disrespectful, but seems to show that a new beginning in the relationship has started. He is no more just the Son of Mary, but he is starting His mission as the Messiah.

_Mary goes to the servants and says: “Do what He tells you”

Do as told. A short sentence that conveys so much. It talks about

They didn’t just do as told. They did exactly what Jesus told them. Even though I’m sure at first they were a little bewildered by the orders they were receiving.

Because they did what He told them, a miracle happened.

How frequently do you hear what He tells, let alone practice it?

We fall short of doing what he tells us.

Because Jesus did what the Father told Him, the miracle of our Salvation on the Cross happened.

Mary asked from Jesus one thing. He acted and did even better than she, and anyone, could thought. The responsible for the party says that was the best wine.

When you do what He tells in His Word, you may be surprised. You'll be amazed over and over again by the fact that He knows is the best for you, way deeper and way better than yourself.

Psalm 128 – Connects with the Household, the happiness in the marriage in family whenever Jesus is present.
Isaiah – Compares with the marriage feast between God and His people
Epistle – The gifts from the Holy Spirit are Epiphanic gifts. It is not to point to us, but to point to Christ, and to advance the Word of the Kindgom.

Do you still believe in miracles? Sometimes we think God is not doing miracles, but it is us that are not seeing his miracles anymore. If faith dwindles out, and eventually departs, there is no way we will see them.

On the other hand, many claim these days that they can do miracles. But only Jesus can perform signs. Because Semeion – a miracle that  reveals something, pointing to someone – Jesus, the One doing it.[2]

Remember: the miracle and Cana happened because they did what Jesus told them, not because of any ability in none of them.

Because we do what He told us – Preach the Gospel, Minister the Sacraments, help people – the miracle of salvation still reaches thousands. And we still see so many small and big miracles, that is, things that only God can do in our lives.

John reports the signs that Jesus did with a purpose: “that you may believe that Jesus is the Christ the Son of God”. (John 20)

Cc – “I told you”. It is there, in the Scriptures. When we do what Jesus tells us – communicate the Word, minister sacraments, help people, be with them – He will use us as jars of clay conveying His Gospel as He continues to operate the miracle of salvation thorough faith. He continues to gather people to His kingdom, and continues to send them to that big marriage feast of the Lamb, Christ the Bridegroom and the Church His bride, in Heaven. This one won’t lat one week only. It’ll last an eternity,

Just as He told.