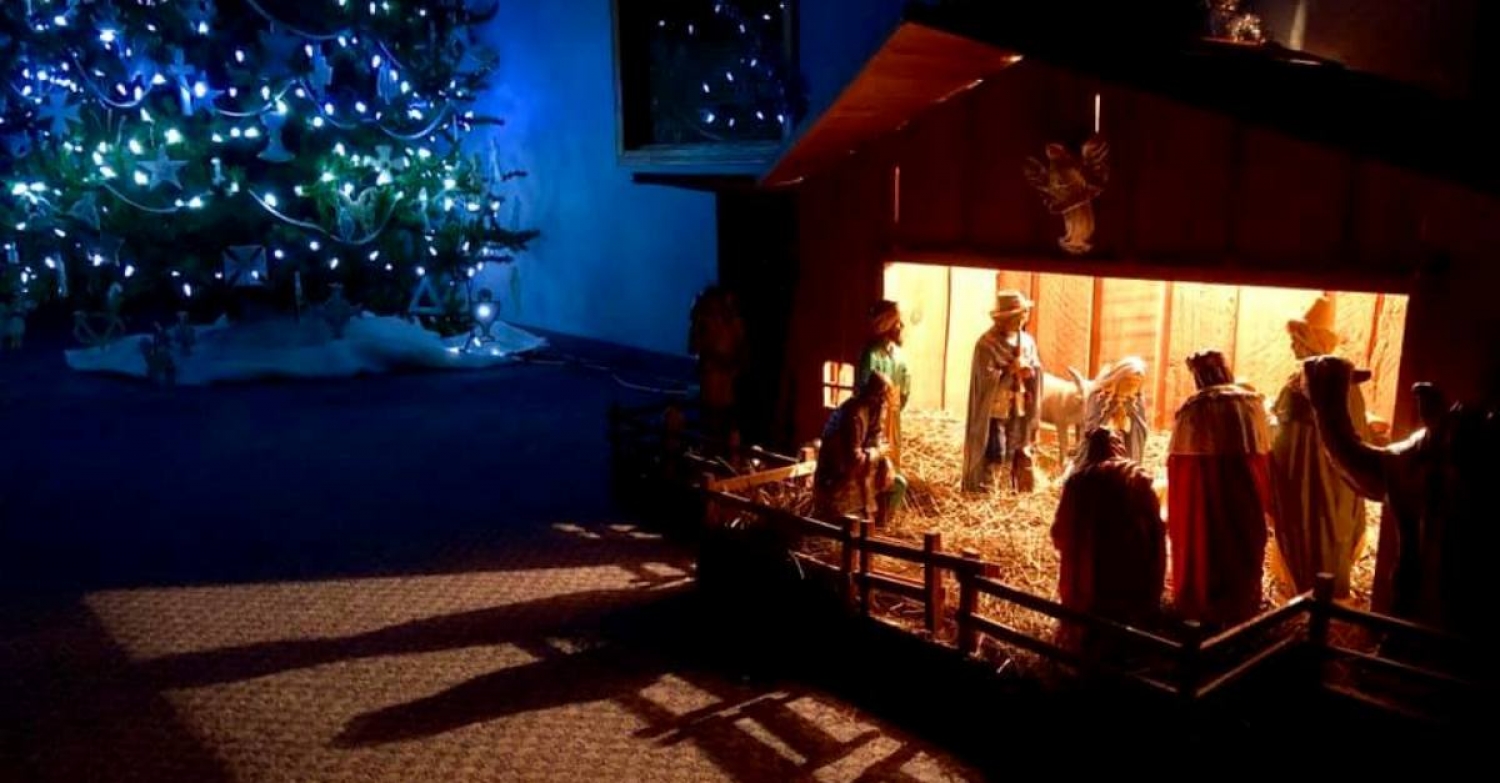 Intr – Every year, as Christmas arrives, we may be caught trying to find something new, something different to write or to say on this date. The story is always the same though, and we may get stuck between repetition and recounting, since it never changes not even a single detail:

_The baby Jesus is born in Bethlehem because God decided to save humanity.

_So God Himself takes on human form - the Son, who steps on the same ground as each of us.

_He was not in any way obliged to do it. He did it because He wanted to. It came out of His love for Mankind lost in Sin and destined to spend eternity apart from God.

_Love, by the way, which was something had been sorely missed here on the ground where He stepped His feet on.

_In sum, as the Gospel for today says (the same Gospel every year btw): “In him was life, and the life was the light of men. 5 The light shines in the darkness, and the darkness has not overcome it. The true light, which gives light to everyone, was coming into the world; 11 He came to his own, and his own people did not receive him. 12 But to all who did receive him, who believed in his name, the gave the right to become children of God, 13 who were born, not of blood nor of the will of the flesh nor of the will of man, but of God. 14 And the Word became flesh and dwelt among us, and we have seen his glory, glory as of the only Son from the Father, full of grace and truth.”

That’s why we usually mainly write something that echoes the reading of the Gospels. Joseph, Mary, Baby Jesus, Angels, Shepherds, Glory to God in the highest. Light. Salvation. Peace.

The thing is though that every Christmas always turns out to bring or have something that is different.

Or is this year's Christmas season the same as last year? Are you the same person you were last year? Are you in the same rut, doing exactly the same things? Do you still have the exactly same view of the world or have your enlarged your vision, learned new things, acquired some growth in your personal life? Nothing was gained, nothing was lost? No first times? Nothing new 365 days later?

I really do not believe so.  You can’t cross the same river twice. A tree does not bear the same fruit each season. Everything looks the same, but many things are different. If that was true for every single Christmas you had in your life, now talk about 2020. The changes we have been through in the last so many months might have changed things not only for a year, but for many years to come, in ways we don’t know yet, and that are hard to try figuring out.

Now, when we reflect a little further about this mix between difference and similarity, this agreement between the immutable and mutation, this convergence between what never changes and what never stops is in the essence of what Christmas is. And also in the essence to what life is about.

_The boy from Bethlehem came to change the world with a Love that is always the same.

_He came to change hearts so that they don't change anymore.

_Our lives change so much, sometimes by the day; yet our life is always the same in it that we are children of God.

_Even church life changes from time to time as we adapt to new circumstances. The Church, the Bride of Christ, never changes though in her essence – Word and Sacraments.

When we read Luke chapter 2 we think about Mary and realize she saw so many changes happening to her in such short time! From a simple, regular young virgin of Judah betrothed to her Fiancée Joseph, she:

_Received the visit of an angel;

_Learned she would birth the long awaited Messiah;

_Had to change many plans for the future;

_Had her baby in very odd conditions compared to what they could be.

Even in the midst of all this change, Luke tells us she was “pondering everything in her heart”. We might say that in the midst of so much change she was staying still, reflective, and firm on the One of Israel that never changed and was always the same to her, to the people, to the World. The Unchangeable God of Love.

In tough times, in dark days and windy roads, sometimes we may change the way we look to our God. Anger, frustration, joy, indifference could come in the mix and we may be tempted to think He has changed, the Word has changed, life is never going to be the same again. Remember: the saying “nothing is as constant as change” applies to many things in life – but not to Him. He never changes, and remains the Same Loving Father, the same Good Shepherd, the Same King of Kings. The son of Mary, the Saviour who came to all the World, but to you too. He is YOUR savior, YOUR friend, YOUR hope. That will never change.

Cc -   Well, here’s something new I wrote for today after all; a new sermon for Christmas Day. But, you know, in the end, we don’t need to worry very much about finding something completely new to say every Christmas Season. That is fine, but not always necessary. For although we have a good deal of changes and patience stretching challenges to take care of as every year goes by, we know that what’s essential don't need any change.

The Baby in the manger has already changed our life. Forever.