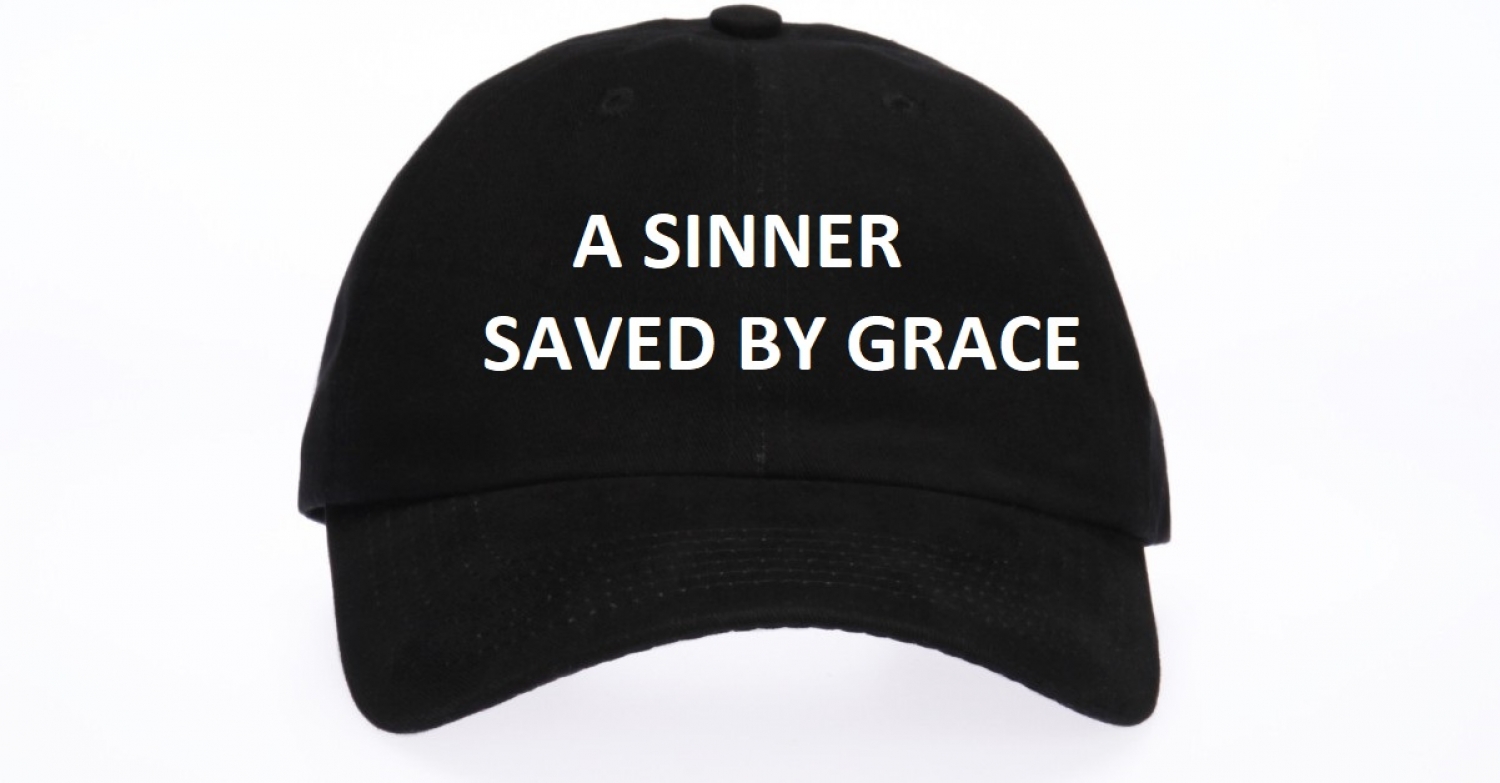 What does that mean? Would that be: You are a person without sin? Or is the meaning of saint: you are in a position of deserving God’s favour more than others? Still, that could mean instead that you have a life of communion and proximity with God and your neighbour. Which of these is the correct answer?
We will reflect on this topic using our readings for today, and also contrasting their teachings with some of the truisms of our age. Those things people say, post online and believe to be true, and how they compare to the Bible.

_”I don’t regret anything I did”– That would be only possible if the meaning of “saint” was that one rendered as “with no sin”. Other than that every single one of us has much to regret. Otherwise, people who we offended, hurt, our let down even when we are not aware of it would regret deeply that affirmation. Jesus is “The Lamb of God". says the Gospel. He that takes away the sin of the Word. If we deny the necessity of repentance, we deny His entire work.  As saints, we regret every single thing we did and do. We ask forgiveness in faith. Then He takes it away, entirely. Confessing your sins is a sign of strength, not weakness. And it is the only effective way to have them taken away.

_”Stay away from negative/problematic people.” This counsel has its merits when it comes to violence and worse problems that problematic people may do to us which could even kill us. But staying away from people with problems, that’s the contrary of what the life of a saint is. “He brought Him to Jesus”, says John chapter 1 about Peter. Can we imagine that Peter was a docile, always happy and positive man? He certainly had his issues, as we all do. His brother didn’t “stay away” from Him. He brought Him to Jesus. We are saints called to shared Jesus with our negative/problematic society, whenever and wherever the opportunity arises and it is within our means to do so.

__”Care about people who care about you” – The embedded idea here is the quid pro quo. "My attitude depends on yours." Still, when we help someone and they say “thank you”, sometimes we say. “No problem, I know you’ll do that for me too”. It is understandable what this phrase intends to convey but, is it the case that we do good to others because we might need them doing that for us? As saints in Christ are we called to care about people only when they care about us? That is included to for we should do good especially to those in the family of faith. Our brothers and sisters in Christ certainly would care about us back. However saints called by Christ trough faith are called also to walk the extra mile, to go further beyond, and help even and especially when no reciprocity is at hand. We help people who cannot do anything for us. “Their God and ours”, says the epistle. God is the God of all, and he wants to be present in our words and attitudes to all.

_”I love Jesus, but I don’t like the Church/Organized Religion” – A feeling that has been spreading like fire in the last decades. It seems that Personal faith would be above the community of believers. We have to concede, the Church sometimes commits big mistakes, and lets people down. But this is what the Church is: a bunch of sinners saved by Grace. Now, when it comes to get together, or “organized religion”, in 1 Corinthians Paul writes: “to the Church in Corinth”. From the very beginning, the Church was the Church in a more or less organized level, depends on how you look at that. But it was the Organized Church bringing the New of the Gospel to many. Besides, a private type of faith is only possible because Organized Religion passed down the generations the Bible and the Faith. Still, we can never forget that just because we are away from Church trying to live our faith we are off the tracks of Religion. It may be a religion of only one person. But still we will have our rituals, orders, daily liturgies and “yes and nos”. Why not then get together with other Christians to share that Christian, Religious life together?

__”Go pet a homeless animal or volunteer in Latin America/Africa” sort of thing – I notice that it has been fast growing as well this recent notion that there is a catalog and a scale of doing good out there that measures what it is to be considered doing good effectively. For example, if you “just” take well care of your kids and change their diapers, if you are a good employee, if you help one person on the street you live is way down in the scale, if at all, compared to nobler endeavours like traveling to distant countries, using right pronouns or sharing social media posts about preserving koalas from extinction. You may try to be a good neighbour, and be kind, and do the best you can to your neighbour, but you’re are miles away from street dog rescuers. Especially if you don’t take a selfie doing it and post online. Now, as Christians we are called to be saints and live our faith. Faith is active in love. May that include a trip to Africa, petting a dislodged cat or organizing a bike ride raising awareness about a given topic? Most certainly, that is very noble when it’s a fruit of faith. But don’t forget that it all starts simple and small. Striving to keep the 10 commandments, caring for people close to you, fulfilling your vocation, attending Church, paying your taxes, teaching your kids to pray, etc… You surely may be led to go above and beyond. But these are most certainly true good works too. The epistle teaches us: “I give thanks to my God always for you because of the grace of God that was given you in Christ Jesus, 5 that in every way you were enriched in him in all speech and all knowledge, - even as the testimony about Christ was confirmed among you.” After all, Hebrews tells us that without faith it is impossible to please God. So good works are the ones that come as a fruit of true faith in Christ.

__”If God exists, then why (Insert ‘impossible” thing)” – Psalm 40. “God is faithful”. Whenever someone states this “if...why” question, they are relying in previous assumptions, that are not necessarily true. God is Real, and He exists no matter what human minds would come up with as an excuse to rule Him out. Still, remember that we don’t need to agonize over the answer too much, since people asking it outside of faith are already assuming there is no God; and for us, inside the realm of faith, we already know the answer.

_”If it is out of love, nothing is forbidden” – The people who crucified Jesus were doing it out of love for their religion. So do many people who hurt, harass, even kill these days. For the love of their ideology, political opinion, people can do terrible things. So just because one says such and such action, condition or feeling it is out of love it doesn’t mean it should be considered right per se. The Word of God is the immutable parameter for the saints to rely on for their faith and life.

_”Religions are different, but God is only one”. When we look to the Gospel we see that Christ is “the Lamb of God”. Of which any other figure of a religion other than Christian faith?  Psalm 40: “Blessed is the man who makes the Lord his trust, who does not turn to the proud, to those who go astray after a lie.” Isaiah 49: “I will make you as a light for the nations, that my salvation may reach to the end of the earth.”1 Corinthians: “God is faithful, by whom you were called into the fellowship of his Son, Jesus Christ our Lord.” Yahweh is God, and the Messiah, Jesus, is His Son, through whom he revealed Himself to the entire World. Surely, there is only one God. To Him the saints belong, those who were called through faith in Jesus.

We are called to be saints in a world that sees us more and more as “outdated, outlandish, naive” and whatever adjectives we want to throw in. Still we are saints. We are sons and daughters of God that were redeemed by the Lamb of God that takes away the sin of the World, he Is the God of everyone and He wants to save the World. Even when we face resistance, opposition, even mockery or violence, we stand firm in the promises of our Lord. We stand even firm praying for our enemies, so the Lord will touch their heart with the Word of promise, calling many more to be saints and to gather together with the people of God at Church this bunch of sinners in need of Mercy and Grace from His Word and Sacraments.

Cc - As a closing, we could consider also some phrases out there in the cultural environment that could somehow be connected to our life as saints in Christ.
"Your actions speak so loud that I can’t hear what you say”. As saints we know that we are saved by faith. But faith is active in love. Our works out of love show Christ to our neighbour. In that case, what we do usually comes first before what we say. As our actions reflect our faith, God’s Word comes to many who are reached by the Holy Spirit.
"You can't talk yourself out of a problem you behaved yourself into". Repentance, faith and correction of a sinful life is a daily reality for the life of the saints. Forgiveness is always available.
"Be kind, for everyone you meet is fighting a hard battle” - We are called to be saints to be kind to everyone, for life is hard under sin. Thanks be to God that calls us to belong to him.