More / Book of the Month / Book Of The Month For April 2015: Frederick The Wise

Book Of The Month For April 2015: Frederick The Wise

Frederick the Wise unlocks German research to make available in English, for the first time, a full-length story of Frederick III of Saxony.  The fascinating biographical journey reveals why this noteworthy elector risked his realm of Saxony to protect the fiery monk Martin Luther and the developing reforms of the Church.   As one of the most powerful territorial princes of the Holy Roman Empire of his time, Frederick's "humanity and integrity were rare for someone of his elite status", notes Dr. Paul M. Bacon.  "Elector Frederick the Wise of Saxony was much more than simply Martin Luther's noble protector."
A valuable resource for students of German history and the Reformation period.

About the Author
Sam Wellman graduated from the University of Nebraska. After obtaining a doctorate from Princeton University, he worked in industry for several years. From 1987 to the present, Dr. Wellman has written many biographies in recent years, using his knowledge of German to delve into the Reformation and those stalwarts who made it happen. Dr. Wellman lives in Kansas with his wife, Ruth. They have two grown children and two grandchildren.  You can read Sam Wellman's blog here:  www.frederickthewise.com
You can order the book and ebook online at Concordia Publising House or by contacting our Church Office. 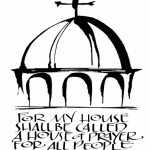