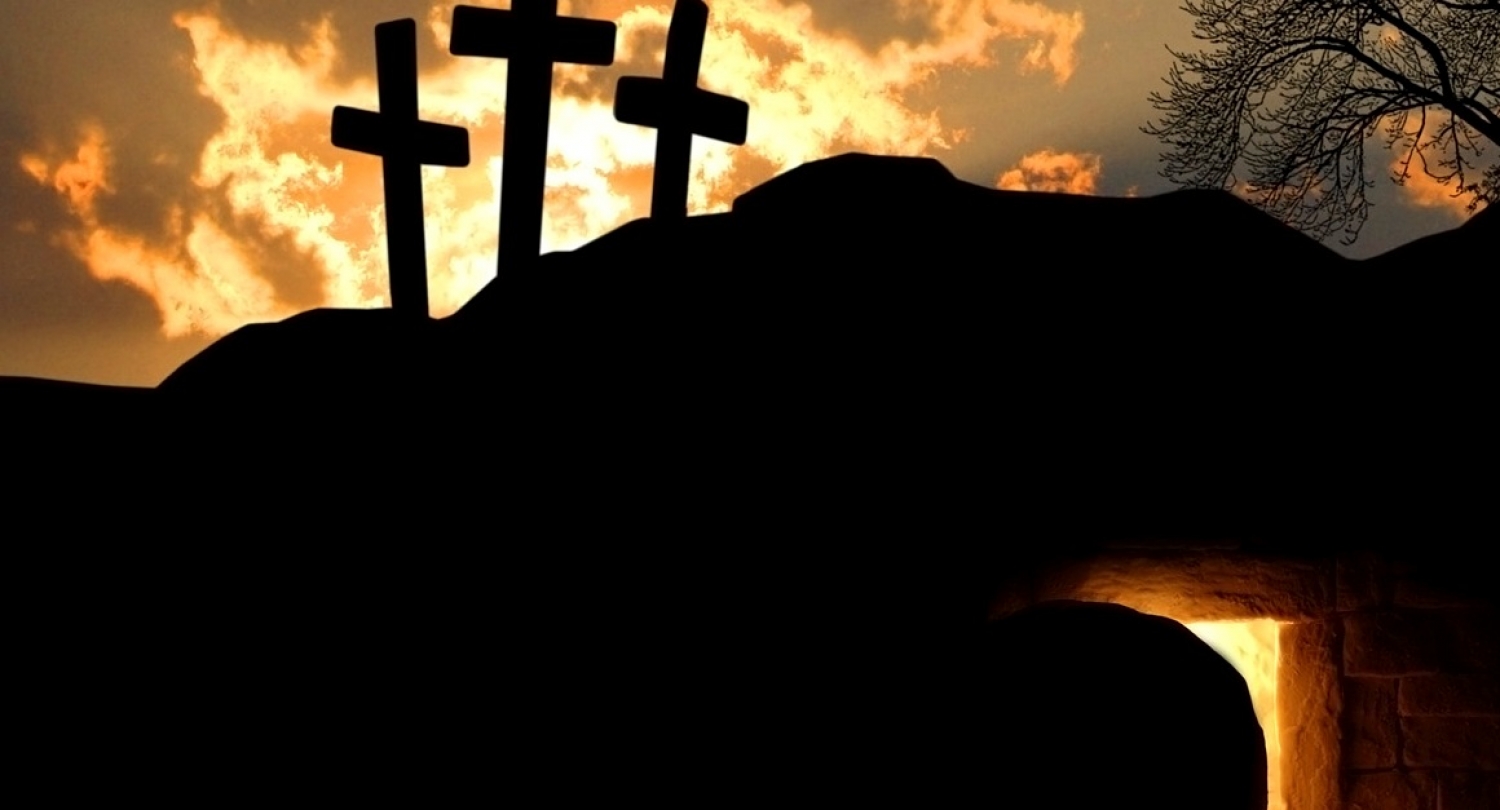 Now, that’s a very unusual way to  begin an Easter Sermon, isn’t it? I do agree. Well, this is a very unusual happening as well. Last time Easter fell on April 1st was back in 1945. None of us were even born by then, right?

I have a reason to do so though.

In many countries, today is “April Fool’s day.” A date to play pranks on friends leading them to believe in “little innocent lies” you tell. Now, for Christianity this April 1st is somehow a Fool’s day too. Because today we celebrate with all our joy, all our strength, all our hearts, the very essence of our faith. The core of the Christian belief. A fact and a teaching upon which everything we’ve been doing stands: the resurrection of Christ. And that, my friends, is foolishness. At least under the human possible set of references. The world would say that this resurrection of Jesus is a lie, and that the Church has been telling this “little white lie” for centuries. The events we celebrate today seem to be to unreal to be true. So it must be a tall tale, even an April Fool’s day prank or joke. Fake news.

The reasoning would be more or less like this: “A Man who was said to be not only a man but also God Himself. Alright. So tell me how if he was God he ended up arrested? I would supposed no one could have a god under arrest... But it gets better. He then is condemned and crucified. He dies. God dies? Are you kidding me? Don’t take me for a fool. And, on top of that, are you telling me that He came back to life, He rose again? Like if you’d go to a cemetery today and a tomb would be opened and someone I saw dead would be deemed to be back to life? Oh, no, my friend. That’s a prank they played in the early followers of that Jesus guy, and they believed, and carried on. You must really be a fool to believe in all this fairy tale like story. If you do this, day is for you: the fool’s day.”

A fool’s day. That’s what the Easter Sunday sounds like to human ears.

The thing here though is that, if that’s the case, we will gladly take that name. Paul has already stated this in 1Corinthians. Earlier this week, after watching “Paul, the Apostle” movie” pastor Giese released his review on the film which starts off this way: “When watching Paul, Apostle of Christ (2018) viewers will be well served to remember St. Paul’s words to the early Corinthian Christians: “But God chose what is foolish in the world to shame the wise; God chose what is weak in the world to shame the strong” (1 Corinthians 1:27).” Yes, the message we announce is foolishness when contemplated from outside of the realm of faith. So be it. We are the fools. The World can call us that way, it’s ok. The shoe fits, we’ll wear it. We’ll gladly accept to be called fools when that means to remain faithful to the message of the risen Lord.

Why would we be willing to believe that Word? What makes us to be so certain that this foolishness actually makes full sense?

The Gospel today has the answer: “Just as Jesus told you”. The angel at Jesus’ tomb tells the ladies who came for a dead man that He was alive! The young man tells to the frightened, scaried ladies that they don’t need to be so. It was all happening as Jesus told. Since the very beginning, everything He said was confirmed. So now, they can again be sure that those were not fake news. It was a fact: Jesus was risen from the dead.

We are the fools that are called to place faith and believe in the Gospel, and is so because it is just as Jesus told. Just as God says, so it happens. We believe in everything the very Son of God said and did.

In a nutshell -  to believe in all sorts of explanations, suggestions, hypothesis, and solutions that the human mind can provide. Knowing that they all go thus far: human-mind sized ideas and thoughts. They are all out there. There are all those options and many more. One can believe because “so and so told so”. In all those cases, it is a human being trying to guarantee another human being that they have answers to unasnwerable things from the rational standpoint. This sounds like a toddler trying to teach another toddler all they know about how their parents show raise and educate them for life.

We know from the Word of God that it was not the faith of the disciples which created a myth of the resurrection of their master, so that they could find a reason to carry on after the loss of Jesus. That was not the case because they were frustrated, dreary, sobbing at the loss of their master. They lost all their hope. It was when Jesus appeared to them, confirming everything He had told them that their faith was strengthened again and made firmer and stronger. It was the historical fact of resurrection of Christ that created the faith in the disciples. That means: the disciples did not create a fact – the ressurection – to start to  believe in. It was the historical fact that Christ came to life again that made them believe in it with their whole heart; made the boldly witness it; made them even be martyrized because of it. They were drawn near to the foolishness of the cross and the empty tomb. They were assured that Jesus was Man and God, the promised Messiah, the Saviour and Redeemer of His people.

The faith in the historical fact of the ressurection carried them on. They went boldly out to proclaim the foolishness of the Gospel, witnessing Christ, and being the means through which faith was brought to thousands of other “fools”, who would even put their lives on the line to confess the real news of the Easter morning. It came down to us, here, today, to be celebrated, confessed, witnessed. To be shared with the world as the Real News,  It is not fake news, it is Fact News: Jesus is alive. He is risen. The World has peace, forgiveness and hope!

Cc – That’s why my friends, I cap off my sermon as I started it: “Happy fool’s day”. If believing in the risen Christ, our Saviour, dead and alive again; if walking with Him in confidence and trust, knowing that He guides our lives and fulfills our hearts; if witnessing the joy of being His follower is something only a fool would fall for, so be it. We will gladly celebrate the wise, secure, foundational, real, and glorious foolishness of the Cross. Because Jesus is risen indeed, we want to be the fools of this Faith. Today, tomorrow. Forever.