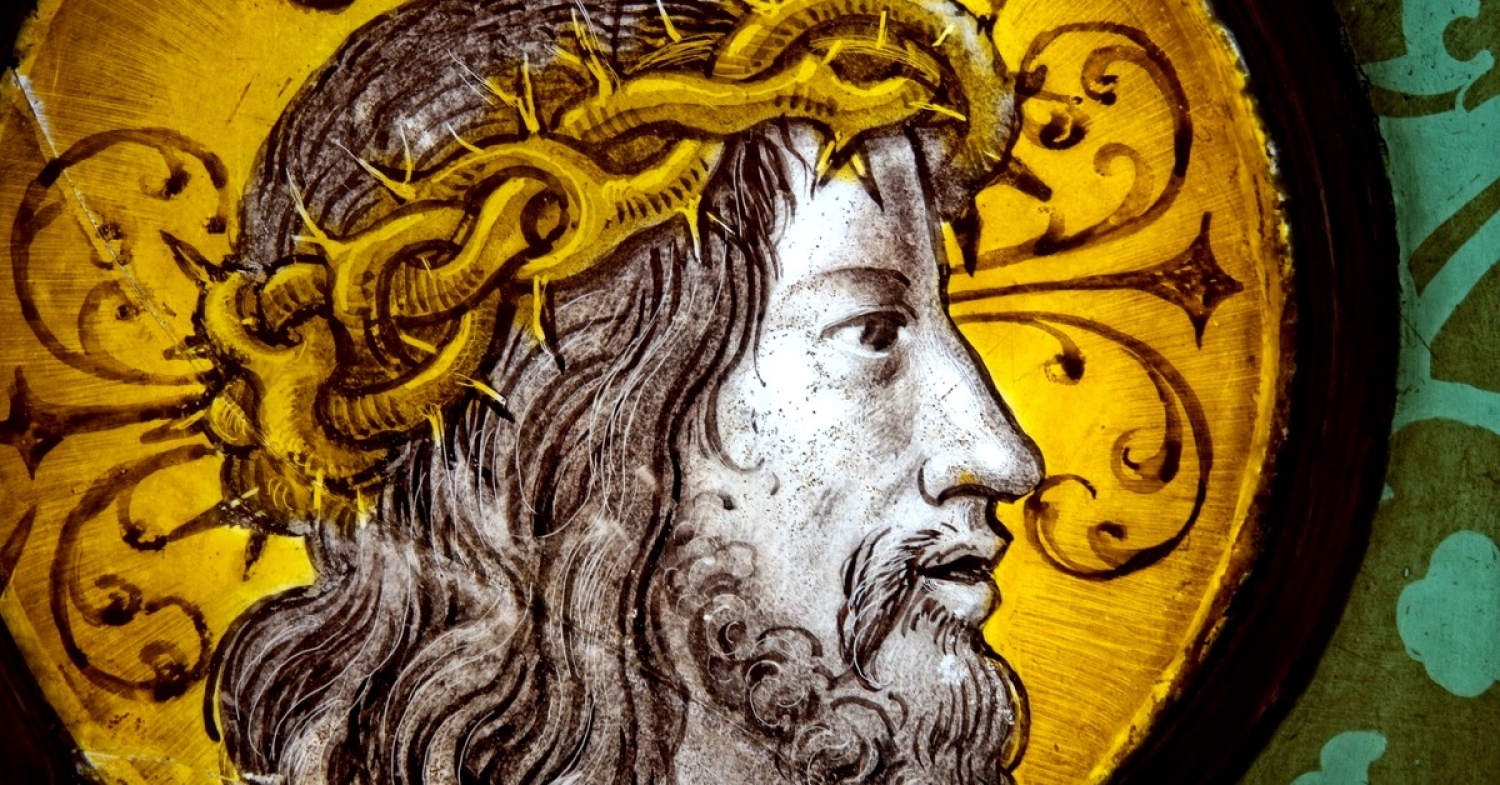 “Yet even now,” declares the LORD,

“return to Me with all your heart,

with fasting, with weeping, and with mourning;

and rend your hearts and not your garments.”

Return to the LORD your God,

for He is gracious and merciful,

slow to anger, and abounding in steadfast love;

and He relents over disaster.

Who knows whether He will not turn and relent,

and leave a blessing behind Him,

a grain offering and a drink offering

for the LORD your God?

Blow the trumpet in Zion;

Let the bridegroom leave his room,

and the bride her chamber.

Between the vestibule and the altar

let the priests, the ministers of the LORD, weep

and make not Your heritage a reproach,

a byword among the nations.

Why should they say among the peoples,

Then the LORD became jealous for His land

and had pity on His people.

The LORD answered and said to His people,

“Behold, I am sending to you

and you will be satisfied;

and I will no more make you

a reproach among the nations.

And so, as we launch this series, we gather together first to hear Joel’s prophecy and God’s invitation. Our Old Testament Reading from Joel gets us oriented to the season, highlights the problem, and lays out the solution. God calls us, now and always, to return to Him, promising to address our needs and provide for our salvation.

First, look at Joel’s prophecy and the context in which it came. What was going on? How did God’s words speak to the situation? And how might that have sounded to the people?

Second, we will think about whether this prophecy applies to us. Are these words only for the Israelites in Joel’s day, or do they have something to offer to us as well?

Finally, we’ll hear this invitation and promise offered to us and spend a little time getting oriented to how we will walk down this path.

Let’s begin by going back to ancient Israel: We don’t know a lot about Joel. He was a prophet, likely ministering in the Southern Kingdom of Judah. The book that bears his name is relatively short—only seventy-three verses organized into just three chapters. But it is rich and deep and complex. It begins dramatically with a vivid picture of a looming plague of locusts threatening Israel unlike any plague that had come before, this served to foreshadow the coming “Day of the Lord” and His judgment over sin and wickedness. The message delivered by Joel is both clear and straightforward: a day of judgment will come like unto the unstoppable force of a plague of locusts, and he pleads with the people to return to God so that they would be found righteous on that “great and awesome day,” so they would be counted among the repentant forgiven ones and not among the unrepentant wicked (Joel 2:31) who will stand judged for worldly ways.

Here’s an outline of Joel’s prophecy:

PART 1: Warning of a devastating invasion of locusts and a call to repentance.

PART 2: Comparing the relentless nature of the impending invasion of locusts to the approaching and unstoppable nature of the angelic army of the Lord of Hosts which will come to all people on “the Day of the Lord” (Joel 2:1) and again a call to repentance.

PART 3: God responds offering healing and restoration to the repentant in the face of the plague of locusts and salvation to those who call on His name on the Day of the Lord.

Our Reading for today is drawn right out of the center of the book. The imagery of the swarm of locusts has been completed; the comparison to the Lord’s army and the Day of the Lord has been made; and the reader is left wondering what can be done.

It’s a little like the scene when the rich young man approaches Jesus and asks what good deed he must do to have eternal life. Jesus counsels the young man to sell all of his possessions and give to the poor, presumably to undercut that man’s love of money. And the young man goes away sad. Jesus turns to His disciples and explains how difficult it is for someone with wealth to enter the kingdom of heaven. And the disciples “were greatly astonished, saying, ‘Who then can be saved?’” (Matthew 19:25).

You almost hear Joel’s audience asking the same of him: “Who then can be saved?”

But Joel brings good news; he brings a promise. And it’s simple: “It shall come to pass that everyone who calls on the name of the Lord shall be saved” (Joel 2:32).

But are those words only for the Israelites? Might you be facing a swarm of locusts that threatens to completely destroy you?

You certainly are. Locusts are small, unassuming little things that each do a little bit of damage. But they add up to a destructive force that descends on the landscape and decimates everything good in its path. Your sins are your locusts. And while one little locust doesn’t seem all that terrifying, when the entire list of your deeds is considered, it is breathtaking and terrifying. If the “wages of sin is death” (Romans 6:23), and if, as Ezekiel says, “the soul who sins shall die” (Ezekiel 18:20), then this locust swarm of our sins is frightening indeed.

Joel’s words can and should hit you the same way they hit the Israelites. The Day of the Lord will come, and with it immense destruction and terror for the unrepentant. Of yourself by your own power there is no way to escape it. For every time you have turned a blind eye to a sin that in your estimation was small there a locust lands on you and takes a bite. We even have words for such sins, for example … “it was only a white lie,” meaning only a little one and yet in the epistle of James we hear this warning, “For whoever keeps the whole law but fails in one point has become guilty of all of it.” (James 2:10) All the lies you tell are like locust bites whether they are “big” or “small.” The “little white lie” then is the same as murder or adultery. Sunglasses years and years ago were sometimes called “cheaters” because you couldn’t see where the one wearing them was looking, in fact they could cover up the fact that someone had a “wandering eye” and what does Jesus say “everyone who looks at a woman with lustful intent has already committed adultery with her in his heart.” (Matthew 5:28) every lustful glance or thought then are like locust bites whether they are acted on or not. The more you discount your sin, explain it away, absolve yourself of the thoughts words and deeds that break God’s Law the more you are eaten alive by your sin. That’s the swarm of locusts, and destruction of all of the vegetation – the destruction of your comfortable life today, is the least of your worries. Eternal death and damnation should absolutely terrify you.

Joel brings good news for you too! He brings a promise. The Mercy of God to all who embrace repentance and return to the Lord: “It shall come to pass that everyone who calls on the name of the Lord shall be saved” (Joel 2:32).

Return to the Lord your God, “for He is gracious and merciful, slow to anger, and abounding in steadfast love; and He relents over disaster” (Joel 2:13). In spite of your repeated sinful rejection of God, He again and again invites you to return to Him and promises to bless you. Stop trusting in yourself and your own judgment over the dangers of this sin or that sin and look to God. Know that you can’t stop the swarming locusts and you can’t stop Judgment Day. It will come. All will be affected. And the only solution is to return to the Lord.

Return to the Lord Jesus Christ at His cross, where He took on the swarm of locusts that were made up not only your sins but of the sins of the whole World. Where your sin with its deadly mandibles choked on Jesus’ sinless flesh and died the death they had hoped to bring to you. Jesus at the cross changes everything for us, there He provides the ultimate solution to your sins and the promised restitution of the fallen nature of this world and the lives we live in it. For the faithful, the repentant Jesus turns the Day of Judgment into a day of vindication and life, the beginning of an eternal life were you will never suffer the bites of sin and death ever again.

Over the coming weeks, we will explore more deeply how God’s call to return plays out in our lives, and we’ll do so by walking in the steps of the disciples and those who accompanied Jesus in the final days of His life. We will hear the call to return as it echoes in their ears and maybe come to understand it the way they did. For example, next Wednesday we will spend some time with Peter, James, and John as they accompany Jesus in the Garden of Gethsemane. Our theme for that Service brought to us by Pr. Brum will be “Return to Prayer.” Similar themes will follow each week of Lent. I invite you to join us here for each of our midweek services as we follow the LORD’s call to us to return to Him given to us by His prophet Joel, “gather the people. Consecrate the congregation; assemble the elders; gather the children, even nursing infants” (Joel 2:16). Remember as the days unfold ahead of us in the midst of our own challenges and troubles today and conditions begin, by the grace of God, to improve we will need to work hard to get past our current time of separation to join again together as God intends us to do, to be gathered in by the Holy Spirit to receive His good gifts as a congregation, to return to the LORD in person as His people, “for He is gracious and merciful, slow to anger, and abounding in steadfast love” (Joel 2:13).

Now the peace of God, which passes all understanding, keep your hearts and your minds in Christ Jesus, our saving faith. Amen.